Yes, we’re going there. Thinking about having sex after you’ve given birth (whether vaginal or C-section) can feel pretty intimidating. Things are a lot more complicated with, you know, your body being different, breasts filled with milk, painful recoveries, and, oh yeah, a baby attached to you most hours of the day. Most healthcare providers caution six to eight weeks after birth before attempting to try having sex, but for most women, that feels like not nearly enough time.

The very thought of it, actually, can seem exhausting for most new moms. And that thought in and of itself can be guilt-inducing and bring on a bit of an identity crisis – will things ever get back to normal? It may take time and effort but you’ll get to a new normal, and that’s certainly okay.

If you’re feeling a bit alone in your current thoughts and feelings, take solace in the fact that many, many moms are right there with you. Here, 19 of them weigh in on what sex is like after baby.

Moms on recovering from birth…

“My delivery was vaginal and I tore inside. That recovery alone was hard! I wish I knew how painful it would be after and still is. Definitely listen to your OB when they tell you to soak with Epsom salt. Finding the balance and time to spend with hubby is hard and he should understand.” – Stephanie

“Tears suck! If you have a sulcus tear, don’t feel like you should necessarily be rushing into postpartum sex at the same time as everyone else!” – Ashley

“My baby is 16 weeks old and I’m just now starting to feel like I’m back to normal. I wish I had known that I would be so exhausted and focused on my baby that I wouldn’t have the drive to have sex like I used to. I wish my partner had known that it would take me longer than six weeks to have sex again. He wasn’t meaning to be pushy, but he had his own needs. We take the opportunities that we can, but that can backfire as we never know when the little one will wake up! It’s definitely a puzzle that’s hard to figure out.” -Sara

“Six weeks is unreasonable to expect to have sex after vaginal delivery, and that’s perfectly okay. I thought something was wrong with me because I wasn’t ready to even try until about five months. I was so frightened that I would somehow tear again during sex. But once you get past the first couple of times, it really does get better. I actually want to have sex these days at nine months postpartum.” – Diana

Moms on the first time after baby…

“With my first, I was overwhelmed after a traumatic labor and delivery resulting in a c-section. I wish I had conveyed my feelings to my husband so that he could better understand where I was mentally and emotionally at that time.” – Emily

“I wish we both knew that getting the “okay” from the doctor at six weeks doesn’t mean my body was ready for it! It took several more weeks for me to feel comfortable and not deal with pain down there!” – Kaitlin

I thought something was wrong with me because I wasn’t ready to even try until about five months. I was so frightened that I would somehow tear again during sex. 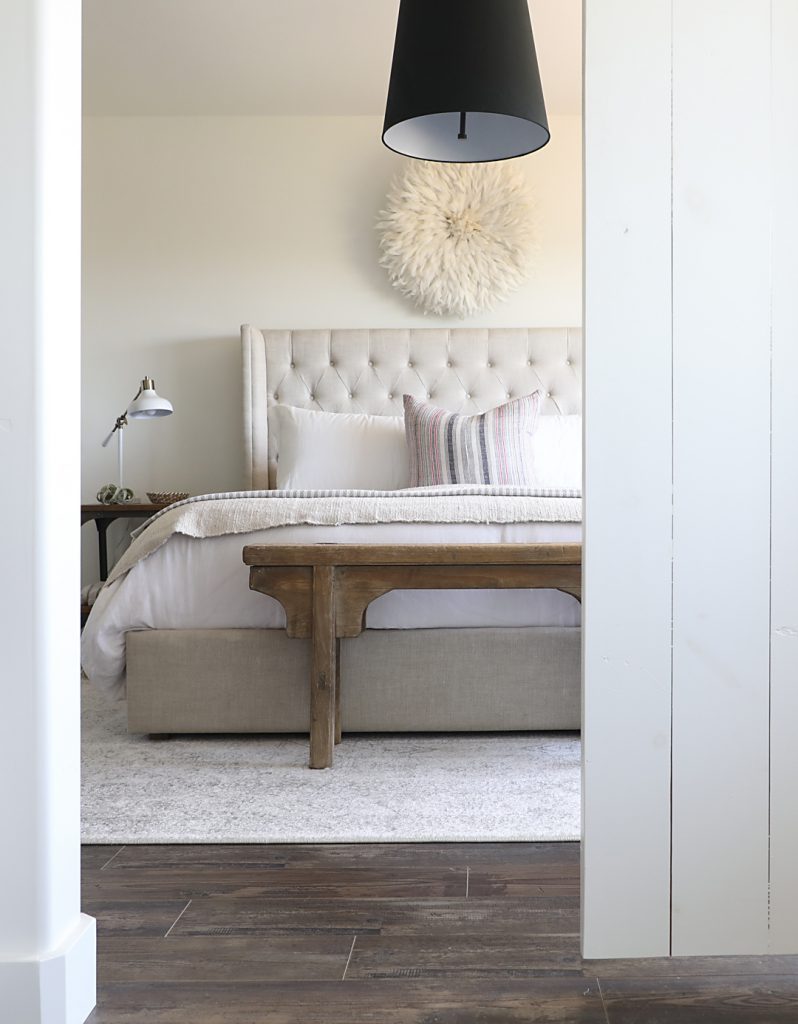 Source: Lauren Armellini for The Everymom

Moms on how different it can be…

“I guess I knew it would be different, but I wasn’t prepared for in what ways. Things are a different shape now than they used to be (in a lot of places) and so the things that worked before don’t work as well now. Be adventurous, but also be gentle on yourself. It’s okay to be nervous and uncertain, but understand that any perceived “problem” is not your fault. In actuality, you can take this opportunity to learn each other again. It’s kind of like being a first timer all over!” – Kate

“I expected it to feel strange but to be quite honest I couldn’t feel anything. I was totally gutted. I thought I would never be able to enjoy sex again. It’s gotten better seven months in, but things do still feel different. Different positions do help.” – Angela

“Y’all. Queefing. So annoying. It gets better but still happens! Also, try to start the intimacy early in the evening. When my partner gets home, he helps me do the chores, so we just go ahead and throw in a make-out session in there. Stretch out the sweetness as long as you can. Makes for a much better event, even if it is planned!” – Savannah

“We went from being intimate 2-3 times a week to nothing. I had a rough pregnancy and stayed sick for almost the whole time. And my sex drive honestly hasn’t really come back. I just don’t feel “sexy,” and after working all day and then working around the house and taking care of a baby, the last thing I want to do is have sex.” – Denise

“I think scheduled sex the plight of parenthood! We’ve got an almost 5 y.o. and 17 m.o. and we still have to plan it out!” – Emily

“Our sex life now is always like, “Tonight, when he goes to sleep, are you down?” Or, “How are you feeling today, too tired? Should we try tomorrow?” It’s only been 13 weeks so I’m hoping it gets better! But right now “fitting sex into our schedule” makes it feel more like a chore.” – Jiselle

I didn’t really want that kind of intimacy for a while when I was breastfeeding. I think I felt my body belonged to the baby or was just so tired of having something attached to me.

Moms on pain during sex…

“Breastfeeding can dry you up down there, KY is a friend. Also, I didn’t really want that kind of intimacy for a while when I was breastfeeding. I think I felt my body belonged to the baby or was just so tired of having something attached to me. For me, it got much better after I weaned and felt I had my body back.” – Kathy

“Even if you have a c-section and never get to pushing, sex can still be painful. For us, sex has been so awful that I’ve started to go to pelvic floor physical therapy. Honestly, every woman should do it regardless of how they gave birth!” – Heather

Moms on not wanting to have sex…

“By the time the baby goes to sleep I just want to not have anyone touching me. I do have the feeling like your body isn’t your own when you’re breastfeeding. It makes it much harder to feel uninhibited.” – Megan

“I’m a single mom to a 21-month-old, and I have yet to feel any desire or drive to try to find someone that I’d even consider having sex with. There’s just so much going on that it  doesn’t feel like a priority at all.” – Meredith

“I didn’t know how much my libido would decline while I was pregnant. And now that I’m seven months post-partum, sex is actually kind of painful. I know I need to see my doctor about it, but finding the time with a new baby and working full-time is hard. Also, if you are having issues physically, it’s important to communicate with your partner.” – Megan

“Even after breastfeeding ended and I technically got back to my pre-baby weight and shape, I still struggle to feel desirable. I just feel gross and tired. I honestly didn’t feel great about being intimate until my son was about 10 months old. Sex was never ever on my mind and I felt like I was such a bad wife for months. But now I’m on the other side and can promise it does get better and I wish I hadn’t been so hard on myself!” – Kat