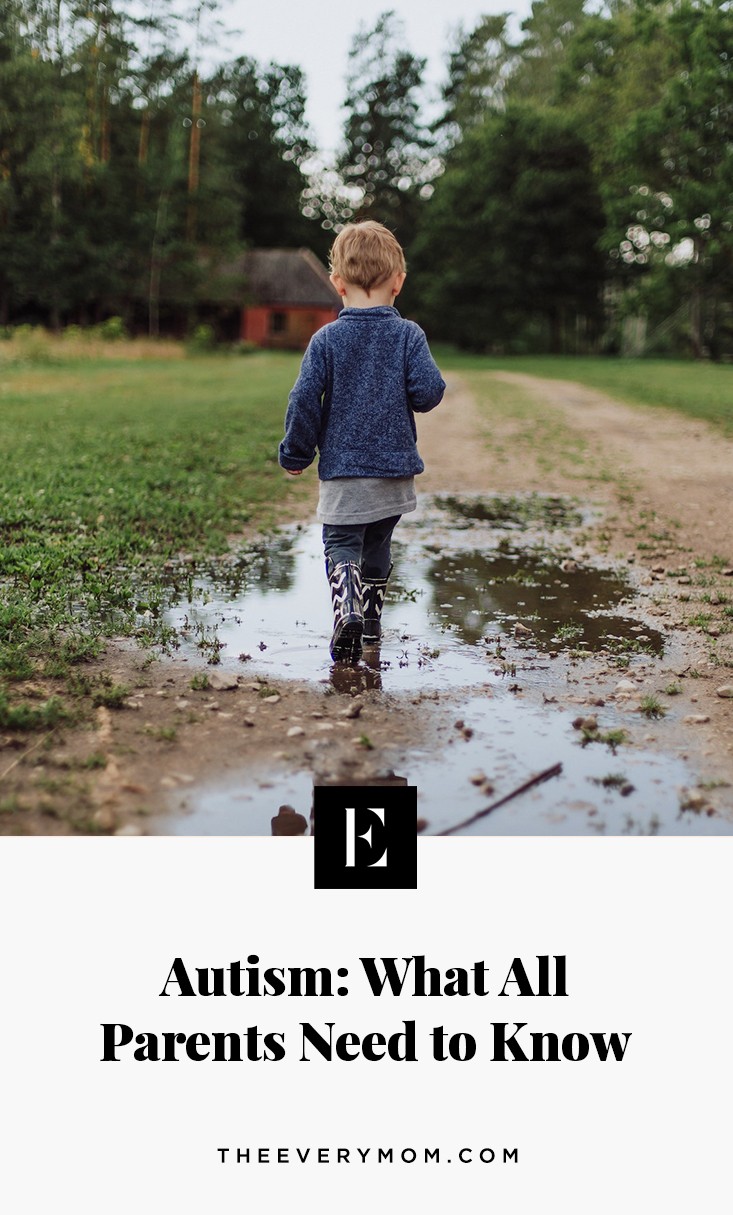 Autism is a truly complicated disorder, but as its prevalence continues to increase, parents need to be aware of autism and what a diagnosis could mean for their child. Early intervention and support is said to be most effective in addressing autism, meaning the sooner you start therapy and alternative education, the faster your child may begin to show improvements and skills.

Autism is a spectrum disorder – it affects different people in different ways in varying degrees. One child’s autism will likely not look like another’s. Because of this, it’s often hard to judge on your own whether any symptoms your child shows are relevant or not.

Experts suggest that if you have any sort of feeling that something might be a sign of autism, it’s best to see a specialist right away. With a complete evaluation, a specialist will be more likely to tell you what you’re seeing and what the next best steps might be.

What complicates this further is that signs of autism are not clear or specific in infancy. Because of the way autism develops in the brain, the signs and symptoms of autism tend to come about gradually and can typically be seen more clearly around the age of 2 or 3.

Breaking down autism is a difficult task, but we spoke with a few experts to get more insight into the basics of autism that you need to know as the parent of a young child.

Autism is a developmental disorder that affects 1 out of every 59 children in the United States, says Dr. Donna Thiele, Psy.D., LBA, BCBA-D. The cause of autism is not known, she explains, but research suggests a combination of potential risk factors, including genes and possibly biological or environmental events before, during, and after birth.

Jessica Hewetson Gruber, Clinical Director at The Place for Children with Autism, tells us that children with autism may have delays or differences in the areas of social communication and language, and show restrictive and repetitive behaviors. “Though signs of autism can be apparent as early as infancy,” she says, “most children are not diagnosed until 2 years of age or after.”

Dr. Emily Papazoglou, Ph.D., ABPP-CN, a clinical neuropsychologist, explains that there are two major areas that parents need to pay most attention to – how their child interacts with others and their environment, and if they show any unusual behaviors.

“In terms of social interaction skills,” she says, “children with autism can present with weaknesses ranging from no interest in or seeming unawareness of others, to attempts to interact that are awkward or inappropriate.”

Early signs of difficulties here can include not making eye contact, not responding when you call their name, not smiling back at you when you smile at them, not pointing to things that they want or find interesting, and having difficulty with gestures such as waving goodbye.

“In terms of unusual behaviors,” she continues, “you want to look for any unusual and repetitive body movements such as flapping their hands, staring at their fingers as they move them, or the rocking of their body.”

You also want to watch for any signs that they have what are called restricted interests, she notes. These restricted interests are areas of unusually intense interest about a topic that may be age-appropriate (such as Thomas the Tank Engine) or may not (such as Greek Mythology in a 3-year-old). You also want to watch for whether a child repeats words, phrases, or dialogue from movies over and over again or if they are distressed if certain objects (such as toys or food) are not placed in a particular manner.

Again, because autism is a spectrum disorder, these things will present differently from child to child.

What Signs Should Parents Look For?

“Research has started to show that changes in the brain occur before children begin to show behavioral evidence of autism,” Dr. Papazoglou tells us. This means that behavioral signs of autism typically start to emerge around 12-18 months of age, but they can be evident earlier or later in some children.

Ilene B. Miller, M.S. Ed., educational consultant and special needs advocate, breaks down some typical early warning signs of autism for us:

Some of the early symptoms include:

Additional symptoms may include:

Gruber tells us, “It is important that parents understand that these signs do not necessarily equal a diagnosis of autism, but it is likely their child will need a little extra help working on these skills.”

If you are concerned, it is in the best interest of your child to speak with your pediatrician or ask for a referral to a specialist.

How Can Parents Help?

“One of the biggest issues that I see is that parents are told to ‘wait and see’ if their child grows out of the behavior,” says Dr. Papazoglou. This often results in valuable intervention time being lost.

“The earlier a diagnosis is made and intervention started,” Dr. Papazoglou, “the greater the likelihood is that you can maximize your child’s development.”

Once a diagnosis of autism is made, your child should begin receiving very intensive interventions (typically about 40 hours a week, depending on the severity of the autism) primarily focused on a therapy called Applied Behavior Analysis (ABA), which aims to help decrease problem behaviors and increase desired behaviors, she notes.

“ABA focuses on teaching socially significant behaviors using scientifically proven learning theories,” Gruber explains. The term “socially significant” refers to skills or behaviors that are meaningful in a child’s life and allow the child to become more independent at home, in the classroom, and in the community. ABA also focuses largely on parent and family education so all family members can support the child in a positive way.

“An autism work-up is typically done with a neuropsychologist, child psychologist, or developmental pediatrician,” explains Dr. Papazoglou. The work-up should be very thorough, as many other conditions can be misdiagnosed as autism at young ages. This includes undiagnosed hearing problems, language disorders, anxiety, and ADHD.

Because having the correct diagnosis is essential in getting your child the most appropriate support, evaluations are typically long time-wise, and may even span over the course of a few days and different specialists. But because these specialists are so great at engaging children, the process is nothing to be wary of. Many kids enjoy them.

Autism can be an extremely overwhelming thing for parents to get a grasp of, and most parents note that it’s the lack of affection that gets them the most. But, it’s important to note that while children with autism may have trouble interacting socially or expressing affection, they still love their families. Their behaviors and lives may look different from the outside, but their hearts are full of joy, love, and wonder all the same.

Talking to your pediatrician if you are concerned about autism is a wonderful first step, and seeing a specialist for an observation or evaluation can offer even more insight into your child’s behaviors and how you can help support them. Many federal programs and even private therapy agencies offer free consultations. Checking with your state’s local Early Intervention program or asking your child’s school for local resources are both great places to start.