What to Watch, Read & Listen to
written by THE EVERYMOM EDITORS
October 7, 2022 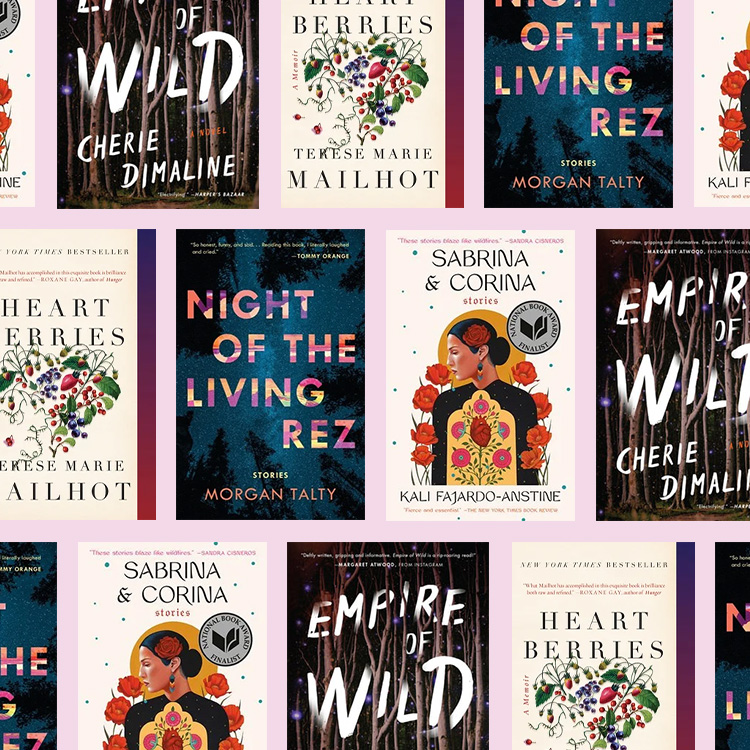 For me, books have never been purely about entertainment. Sure, I love getting hooked on a good read as much as the next person. But I’d argue there’s real power to be found in a library—one that offers, not only an escape from your daily life, but a window into someone else’s.

In short, we read to experience life in someone else’s shoes and to see how other people move about in the world. And that’s why taking a hard look at our bookshelves can be such a meaningful exercise. If every writer on every dust jacket in our homes looks just like us, we’re missing out on 1. incredible writing and 2. the richness of the world around us.

If your bookshelf needs a few diverse additions, you’re in luck. We’ve rounded up 18 highly-praised titles from Indigenous writers below—and all are sure to enchant and enthrall you. Read on for some of our favorite works.

Editor’s Note: All shopping below is linked to Bookshop.org, an online store supporting local, independent bookstores. 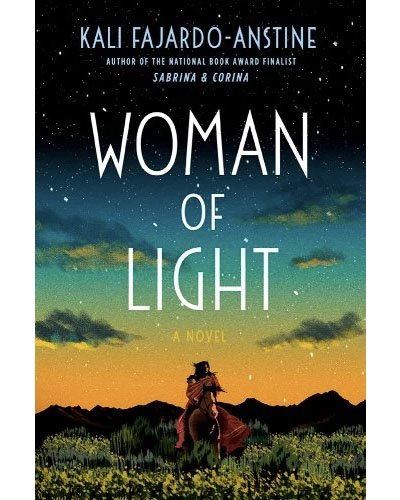 This bestselling novel takes place in 1930s Denver and follows a woman named Luz "Little Light" Lopez after she's left to fend for herself after her older brother, Diego, is run out of town by a violent white mob. As she navigates life on her own, Luz has visions that transport her to her Indigenous homeland and realizes it's up to her to save her family's stories and history.

This is author Fajardo-Anstine's second novel following the publication of her 2020 book, Sabrina and Corina: Stories, which is linked below. 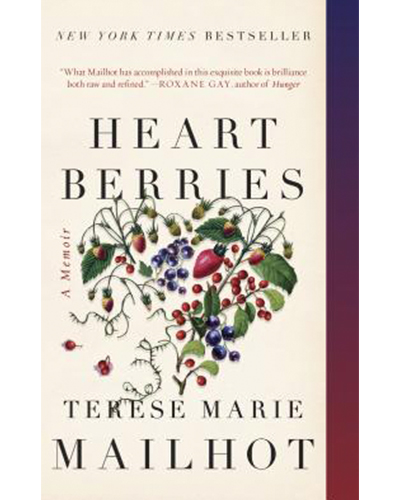 A New York Times best seller, Heart Berries is a brilliant memoir that dives into the depths of trauma. Following decades of pain and upheaval, the author, a First Nation Canadian, found herself hospitalized and diagnosed with both Post Traumatic Stress Disorder and Bipolar II Disorder. This memoir is her journey from pain to triumph. 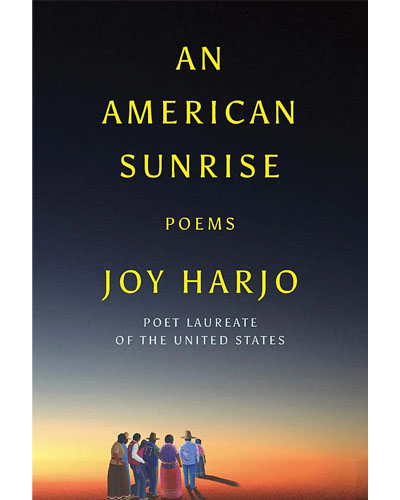 An American Sunrise is a collection of poems by U.S. Poet Laureate Joy Harjo. Drawing on the tragic history of the Mvskoke Nation intertwined with a personal narrative, Harjo presents a haunting collection that explores the past of her people, yet still manages to lay out a path for a hopeful future. 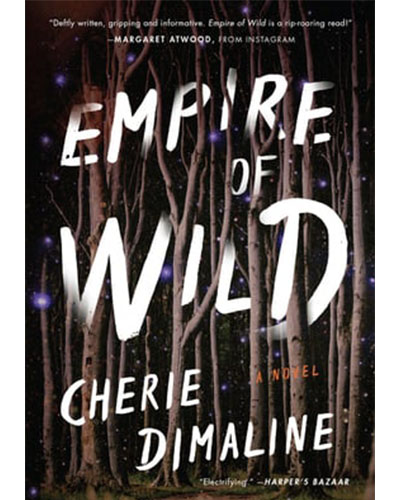 Empire of Wild: A Novel

Empire of Wild is written by a brilliant award-winning Indigenous author. This contemporary novel was inspired by the traditional Canadian Métis legend of the Rogarou, which is a werewolf-like creature that haunts the woods of native communities. 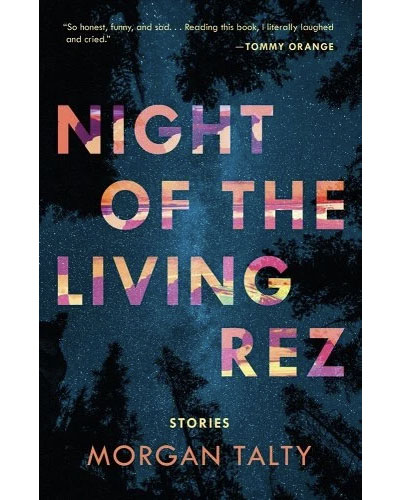 Night of the Living Rez

This book is a collection of twelve stories set in a Native community in Maine and explores "what it means to be Penobscot in the 21st century and what it means to live, to survive, and to persevere after tragedy." 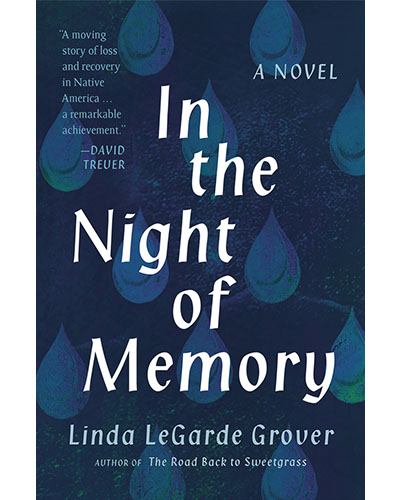 In the Night of Memory

A work of literary fiction, In the Night of Memory tells the story of two young sisters grappling with the disappearance of their mother. Touching on an issue that has long plagued Native Americans, the girls discover how yet another missing Native woman can haunt family lines. 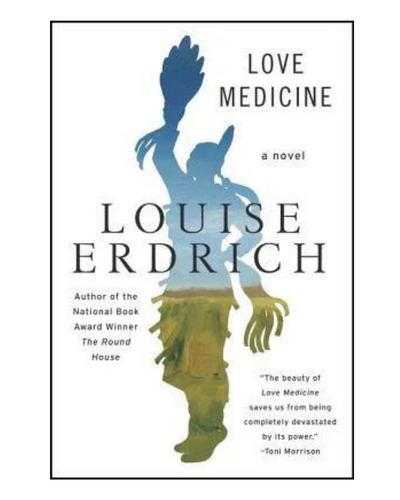 Author Erdrich is a masterful, prolific writer, and her 1984 debut novel, Love Medicine, is a delight to dive into. Following two Ojibiwe families on a fictional North Dakota reservation, this award-winning book tells a dramatic story of love, anger, and magic. It’s one of those reads you surprise yourself by breezing through with record speed. 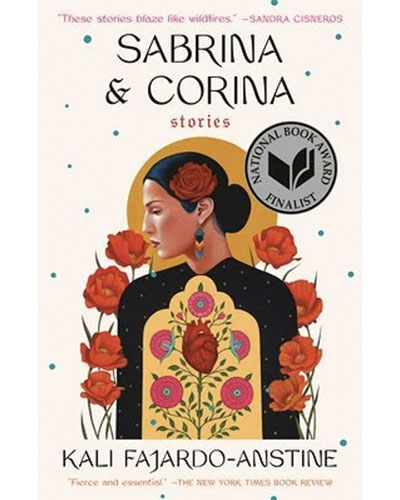 Sabrina and Corina is a National Book Award finalist and winner of the American Book Award. The book shares the moving tale of feminine power while exploring themes of abandonment, heritage, and the feeling of home. 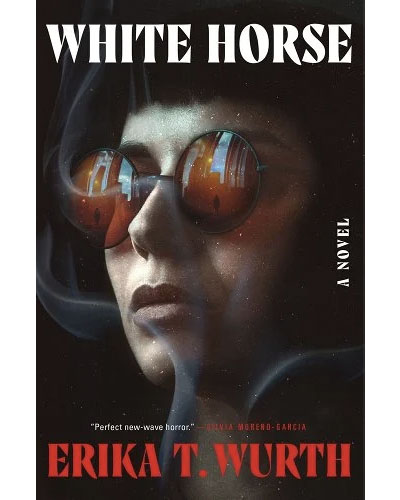 Author Wurth's debut novel tells the story of an "Indigenous woman who must face her past when she discovers a bracelet haunted by her mother's spirit." It's set to be released on November 1, so click the link to pre-order it now! 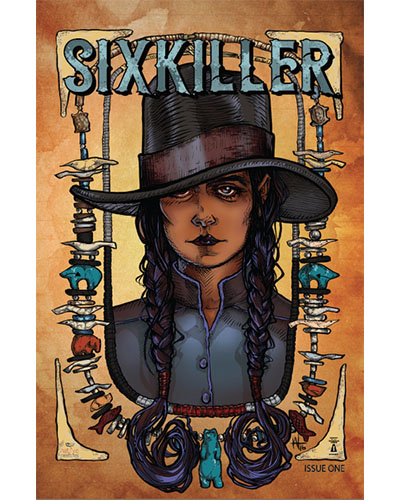 Sixkiller is a graphic novel with the most intriguing description: Alice in Wonderland meets Kill Bill set in Cherokee Country.” Um, yes, please? This quick read follows the journey of Alice Sixkiller, who sets out to avenge her sister’s murder. However, her path is full of twists and turns and breaks in reality as she sets out, not only to battle her sister’s killer, but also her own Schizophrenia.

Editor's Note: Instead of Bookshop.org, purchasing this graphic novel supports Red Planet Books & Comics, a small business and the only Native comic shop in the world. 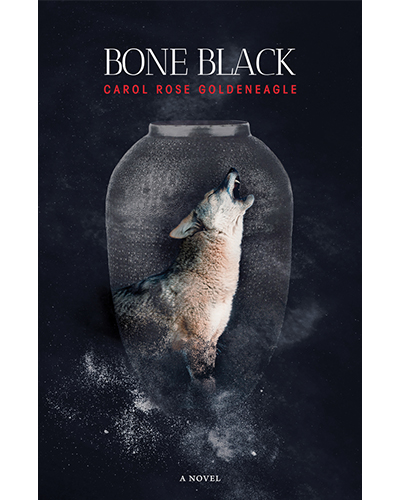 Keeping with the theme of revenge and missing sisters, Goldeneagle writes a stunning and haunting novel exploring an issue all too familiar to Indigenous communities: violence against Native American women. When Wren’s sister Raven goes missing and the authorities all but refuse to act, Wren sets out on her own to seek justice for her sister. 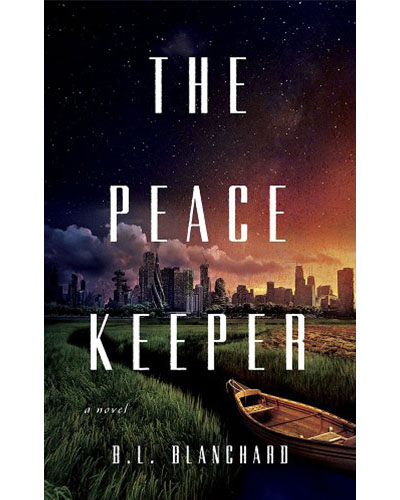 In this novel, North America was never colonized and the Great Lakes are surrounded by the Ojibwe nation where a Peacekeeper must confront his father after his mother’s best friend is killed. The Peacekeeper is a stunning thriller. 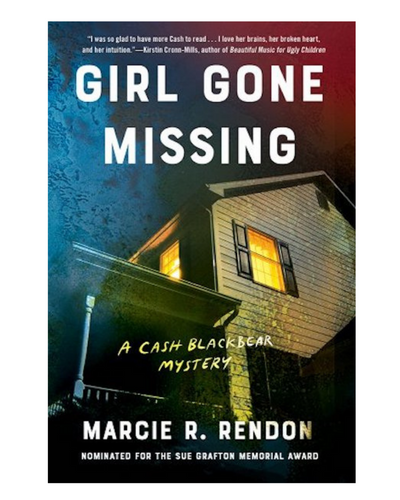 Girl Gone Missing follows Cash, a feisty member of the Anishinabe Nation. This time, she’s a freshman in college, racking up all the traditional college experiences. But when two students go missing, Cash finds herself in a hunt for the truth that turns out to be anything but ordinary. 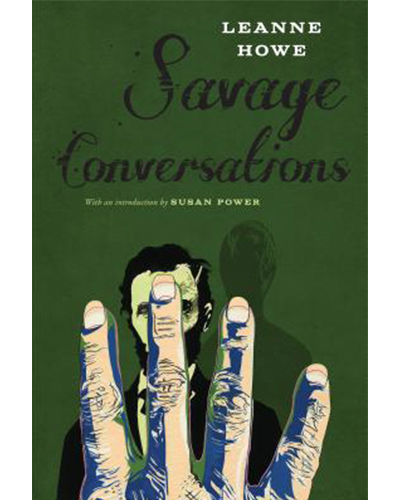 A work of fiction, Savage Conversations tells the story of First Lady Mary Todd Lincoln after she was committed to the Bellevue Place Sanitarium. While there, Lincoln claimed she was haunted by a Native American man who tormented her in her sleep. Howe draws a connection between the manifestations of Lincoln’s mental illness–and the mass execution her husband ordered of dozens of Dakotas years earlier. 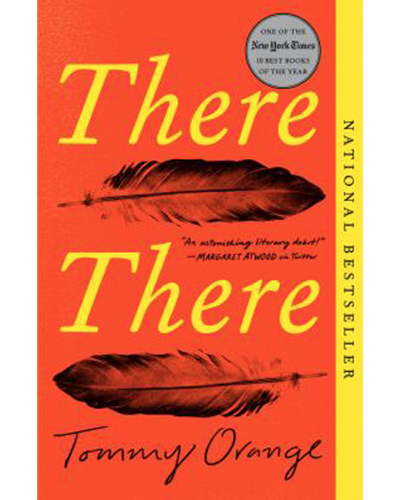 Tommy Orange and There, There have both received more praise than we have space to list, so we’ll just leave it at this: There There is a national best seller, praised by nearly every major publication from The New York Times to GQ. This dazzling novel hitches a ride with 12 characters as they separately embark on a road trip to the Big Oakland Powwow–totally unaware of how their lives will come together. 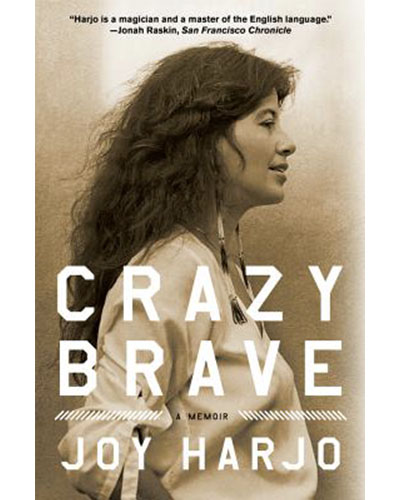 Crazy Brave is a memoir about family and the complexities of betrayal and love. While the beginning is a little slow, once the story picks up, you won't be able to put it down. Harjo paints a clear picture of the hardships Native American women may face—racism, alcoholism, and domestic violence—while also making space for love and freedom. 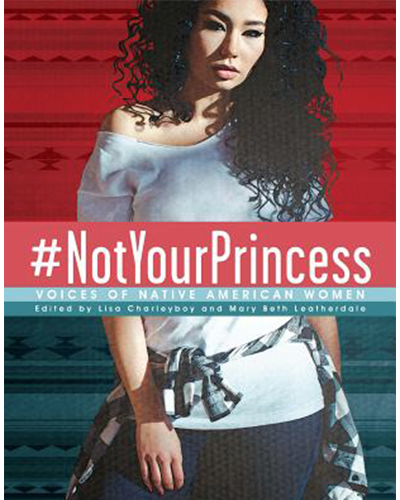 #NotYourPrincess packs a big punch, brimming with poems, essays, and stories that give Native American women the microphone–for once. In these standalone pieces, each writer bring readers on a powerful and illuminating journey through what it means to be an Indigenous woman in the world today. 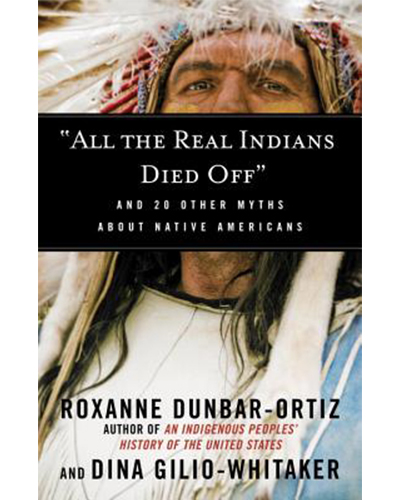 "All the Real Indians Died Off": And 20 Other Myths About Native Americans

Ready to learn about the plight of Indigenous people? "All the Real Indians Died Off" is an excellent starting point. In this nonfiction book, authors Dunbar-Ortiz and Gilio-Whitaker shine a light on the myths and misconceptions surrounding Native American history.

This article was originally published in 2020 and has been updated for timeliness. 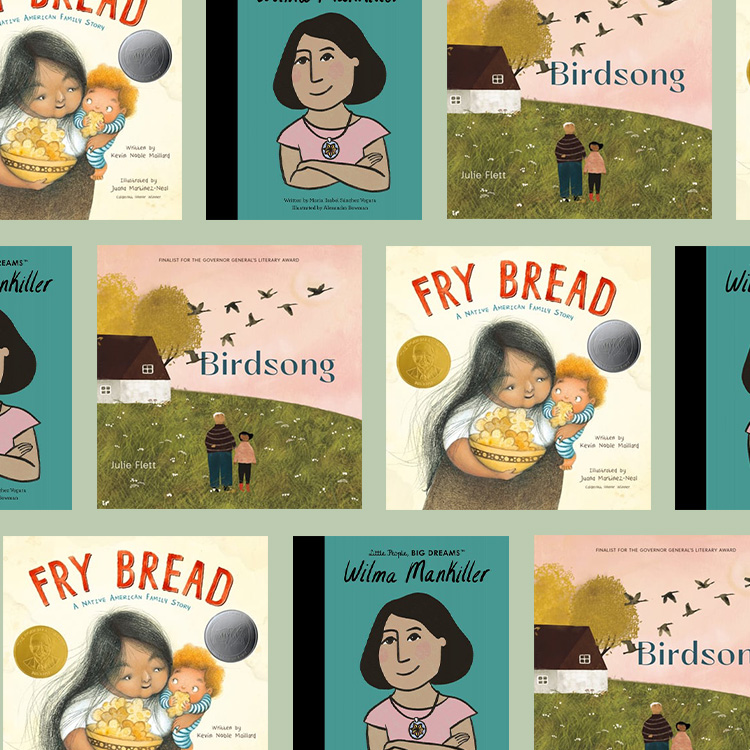