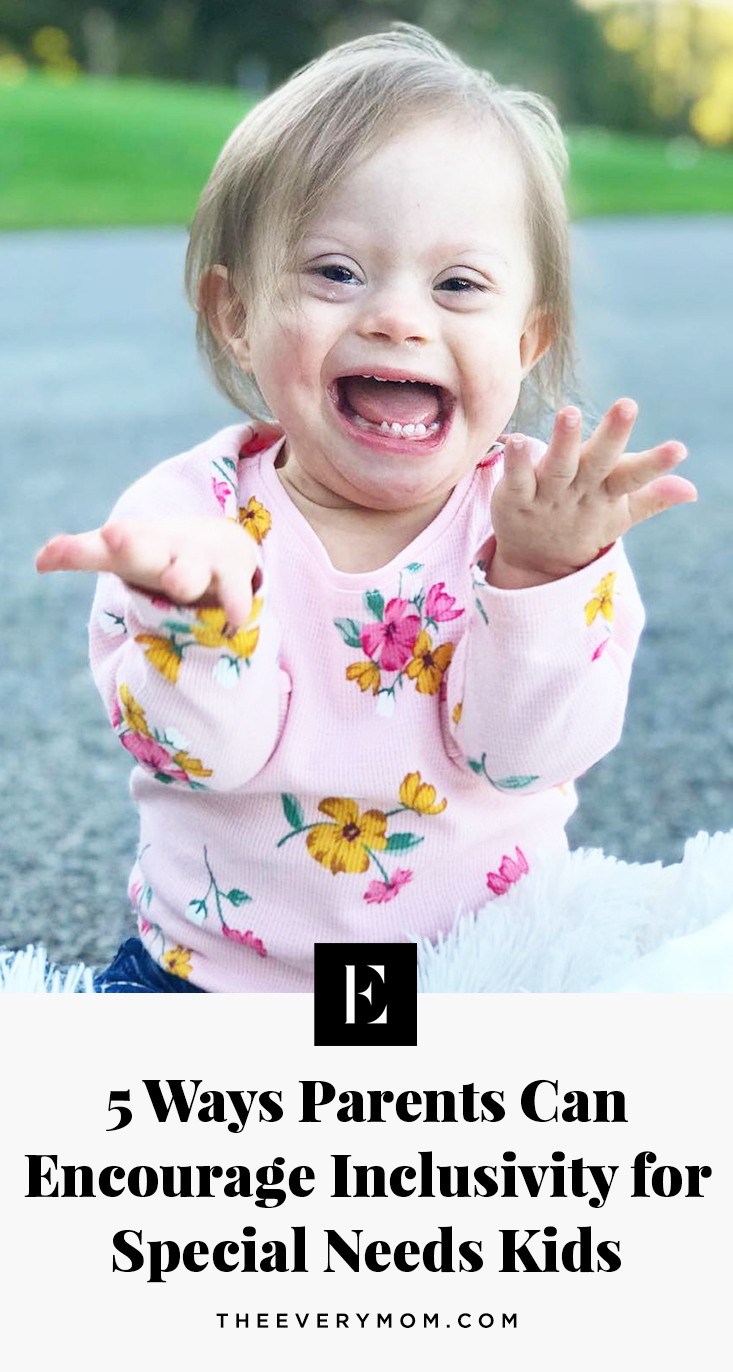 “Inclusion” is a word you hear frequently in the special needs community. Honestly, I  never gave it much thought prior to having my daughter, Aurora, who has Down Syndrome. I allowed my son to naturally gravitate to whom he wanted to “be friends” with. Many parents with neurotypical children don’t intentionally avoid exposing their children to individuals with disabilities, it’s just not something that’s sought out as a learning opportunity. I now know this was a mistake.

Now that we have Aurora, I have felt the pains of imagining a future where she is excluded or not offered the same opportunities. I have a new perspective on how inclusivity is essential not only for those who have been traditionally excluded but for those who may face different barriers.

Let me start out with why inclusion is important. Most people lead with emotions; they’re the heavy hitter when it comes to why we advocate, but inclusion is more than my broken heart over Aurora (Rory) missing out on a birthday party or two.

Many parents with neurotypical children don’t intentionally avoid exposing their children to individuals with disabilities, it’s just not something that’s sought out as a learning opportunity. I now know this was a mistake.

Inclusion needs to be a priority from birth. Making it a social norm for neurotypical children to develop relationships with differently-abled children will provide more opportunities for children with special needs in the future. My daughter’s peers will feel less uncertainty about her value if they are learning alongside her from the start. Because of inclusion, these relationships naturally develop, enhancing the lives and emotional IQ of her peers, and those peers will in turn advocate for her and the special needs community, not just in adolescence, but into adulthood.

When a segment of the population is excluded from quality health care, inclusive early education, social involvement, and higher learning opportunities, they will fail to flourish. All humans need friends, purpose, and health-related resources. All humans deserve the opportunity to meet their highest potential. Taking small actions to start a conversation in your home from an early age will aid in creating an inclusive society.

Be kind. Be inclusive. Be a friend.

Here are five ways you and your family can help bring inclusivity to our world.

1. Create a library with diverse books

Read books that show diversity—not just in race, but in ability. We’ve had so many wonderful conversations with our son, Owen, about disabilities and what they mean because of books. It’s such an easy way to start a conversation on the topic and helps us avoid uncomfortable statements while in public. 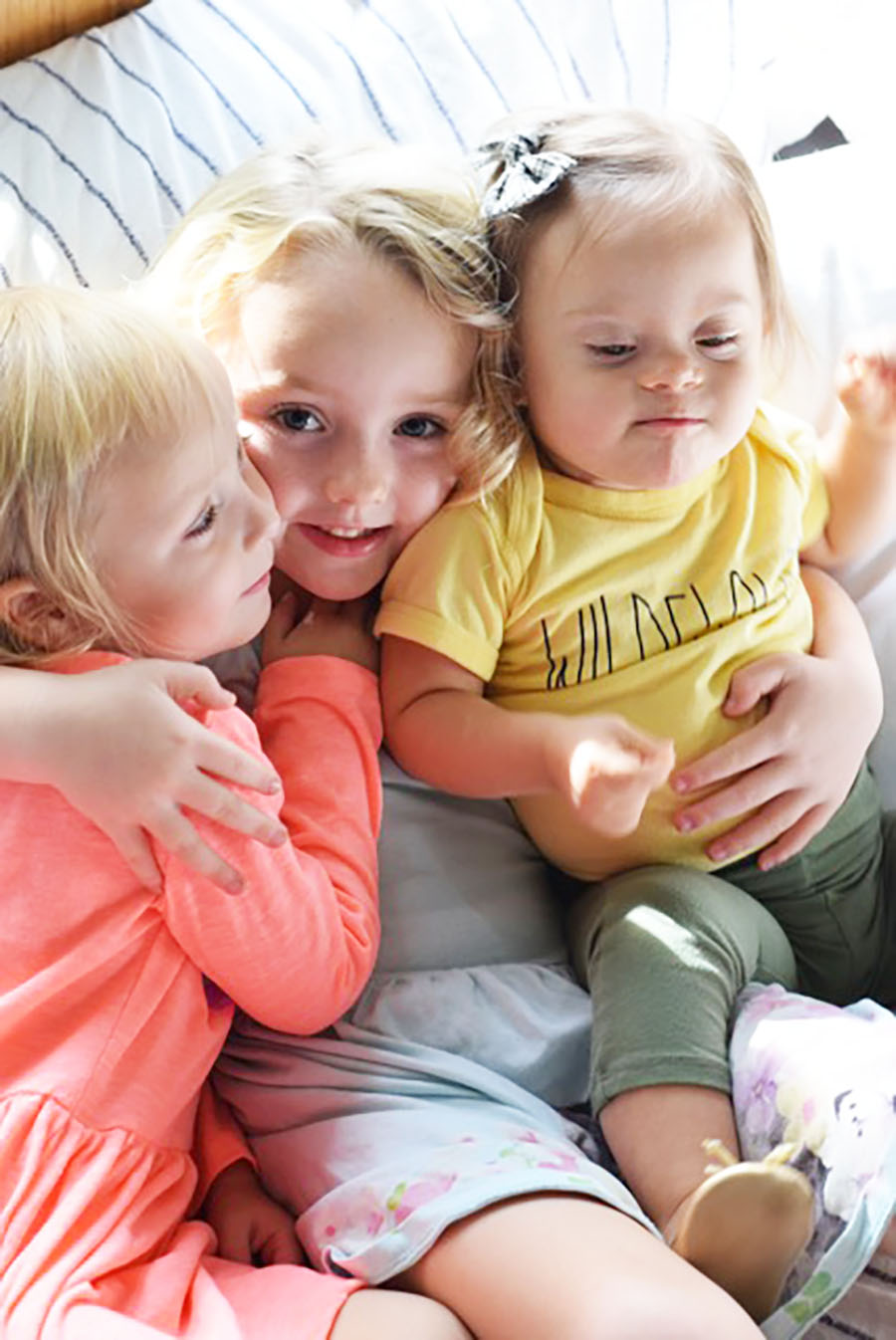 2. Use the right language

It’s always people first. Don’t refer to Tommy as the “Downs boy in your class,” or say “you know, the blind girl in your class, Sally?” These types of statements discount the value of the individual and the person they are outside of their diagnosis. Tommy is not “Downs,” but he has Down Syndrome. He also has blond hair, wears blue to school every day, and loves football. Speaking properly from the start will create an atmosphere where the diagnosis is secondary, not the main focus.

3. Don’t admonish your kids for stares, but encourage them to say hello

As parents, we are often worried about what will come out of those little mouths. I remember the first time Owen saw someone with a prosthetic limb and he kept pointing and saying, “Momma, is he a robot?” I shushed him and told him to be quiet. Of course, it only increased his curiosity.

Looking back, this was an example of how we were falling short at home to expose him to people who look or move differently than him. If your child notices that you feel uncomfortable around a person with different abilities, they will then translate that difference as something to avoid or that is bad. So say hello, ask how old the child is, or how our day is going. If your child asks an uncomfortable question, the individual or parent will let you know if they don’t want to share.

4. Diversify your circle of friends

Invite people in, especially those who you might have left out before. Just because someone is different doesn’t mean they don’t have a lot to offer you or your child. Individuals with Down Syndrome can be great lifelong friends, as can others of different abilities.

When a birthday comes up, don’t count them out in these early years. As a parent of a child with special needs, I know there will come a time when your child invites their peers by choice. But if a child of a different ability has been left out from the start, they have no fighting chance to be included later. Whether it’s play dates, mommy nights out, or parties, these children and their families want all the same experiences you look forward too. 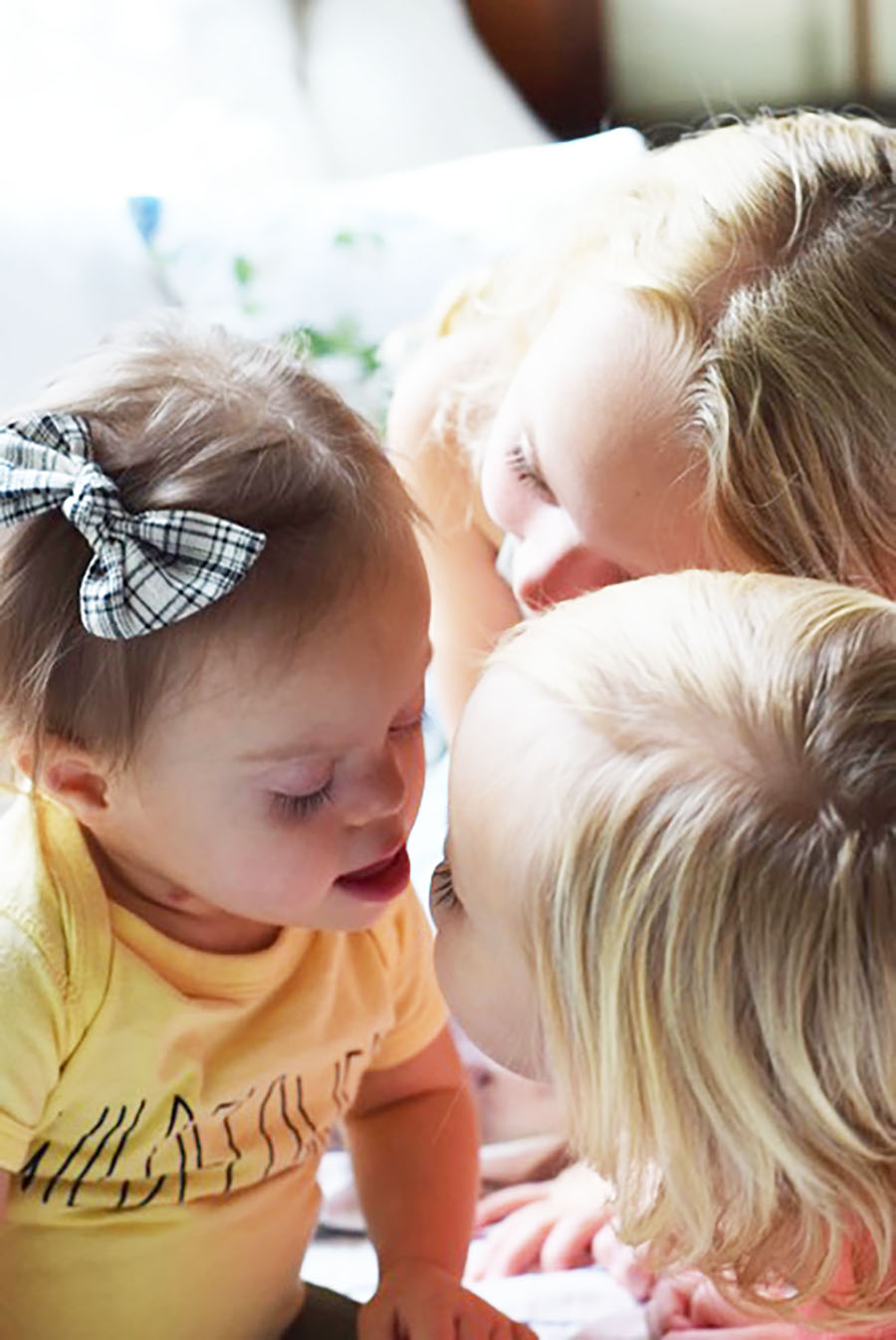 5. Advocate for what you believe in

If you see a parent seeking inclusion in the classroom, in a community program, or sports team—have their back. Now, I don’t expect you to stand in a protest line, but speak up if the opportunity presents itself. Lend an ear to the cause and offer support. Your child will benefit greatly from an inclusive educational system.

There is no “special needs” world we can send our child to as they grow up. They will need to know how to function and thrive in a world made for the neurotypical. With that said, your children will need to be prepared to offer compassion, kindness, and friendship to people of all types of backgrounds, races, religions, and abilities. Early exposure will provide them with an advantage to operate in a diverse world later in life.

This article was originally published on October 15, 2018 but has been updated for timelines.

Read More: Where I Found Support When My Daughter was Diagnosed with Down Syndrome