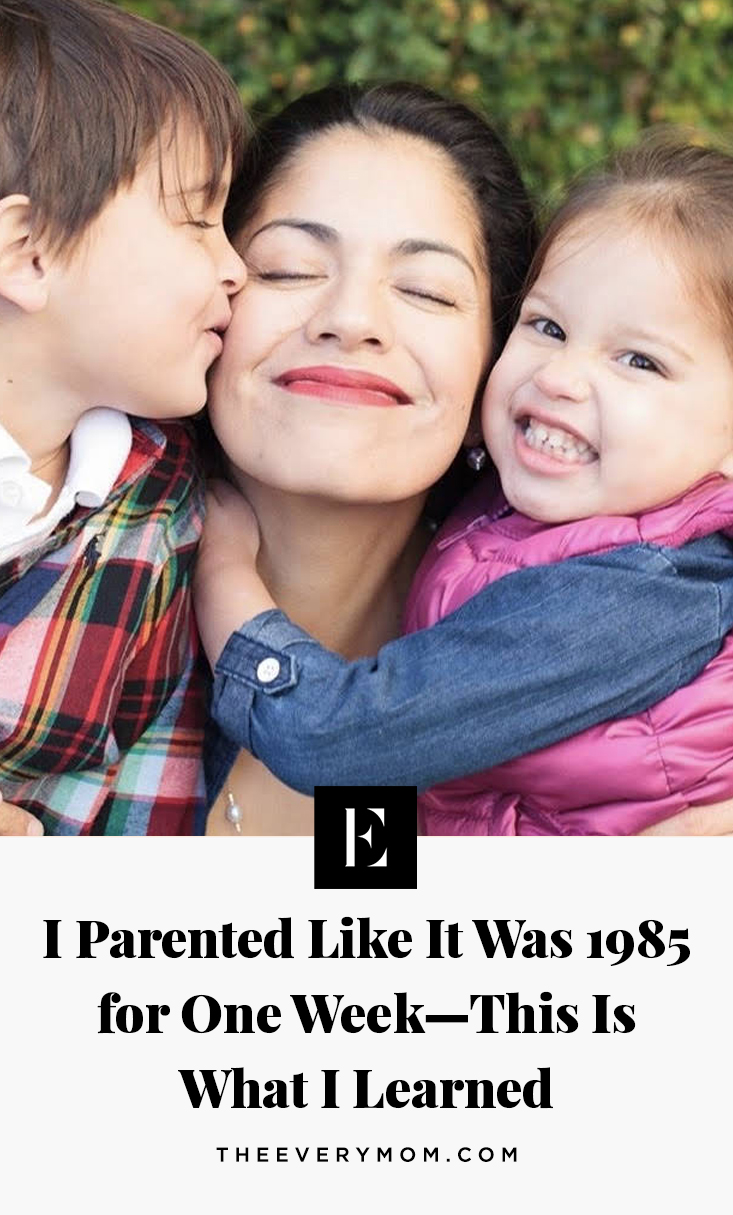 My mom worked full-time while also going to law school. My dad worked as a civil engineer and traveled almost every week. My grandfather, who would pass away a few years later, lived with us and watched over my brother and me when my parents weren’t home. There wasn’t much he could do with us since his eyesight and hearing were fading. Plus, he couldn’t get around much, so he stayed planted in a recliner perched in front of a tiny television in his room.

For the most part, my brother and I had immense freedom to wander our neighborhood and make our own decisions on how we would spend our free time.

My mom would drive us to school, and we would take the bus home. My grandfather was usually sleeping when we got home, so we would raid the pantry for snacks, watch MTV, and then walk around the neighborhood looking for someone to play with. My best friend, Misty, lived across the street. Every day, I would cross the street (I rarely looked both ways) and ring her doorbell. “Can Misty come out to play?” Misty’s mom, a chain smoker and lover of Mötley Crüe, would let me inside, and we’d watch MTV or play Atari on her waterbed. Heck, when Misty and I found a VHS copy of Nightmare on Elm Street laying around, we watched it without anyone stopping us. In fact, we were in Misty’s living room while her mom was talking on the phone in the kitchen, unaware that Freddy Krueger was about to give us nightmares for several weeks.

Eventually, I’d wander back home in time for dinner (which was always at 6:00pm sharp), and I’d watch TV until bedtime. Ah, the 80s!

My mom didn’t schedule play dates or activities to keep us occupied. That was up to us. That’s not to say my parents weren’t present. They were amazing parents – they did a lot and provided us with everything we needed (and sometimes wanted). But my brother and I had a particular kind of freedom that simply does not exist for kids today.

Parenting today is drastically different than it was in 1985. But perhaps it didn’t have to be, I thought to myself recently.

For one week, I decided to give my kids the freedom that I had when I was 7 years old (the same age as my son now). I would let them mediate their own fights, entertain themselves, forage for their own snacks, and give them full access to the TV – without parental locks. 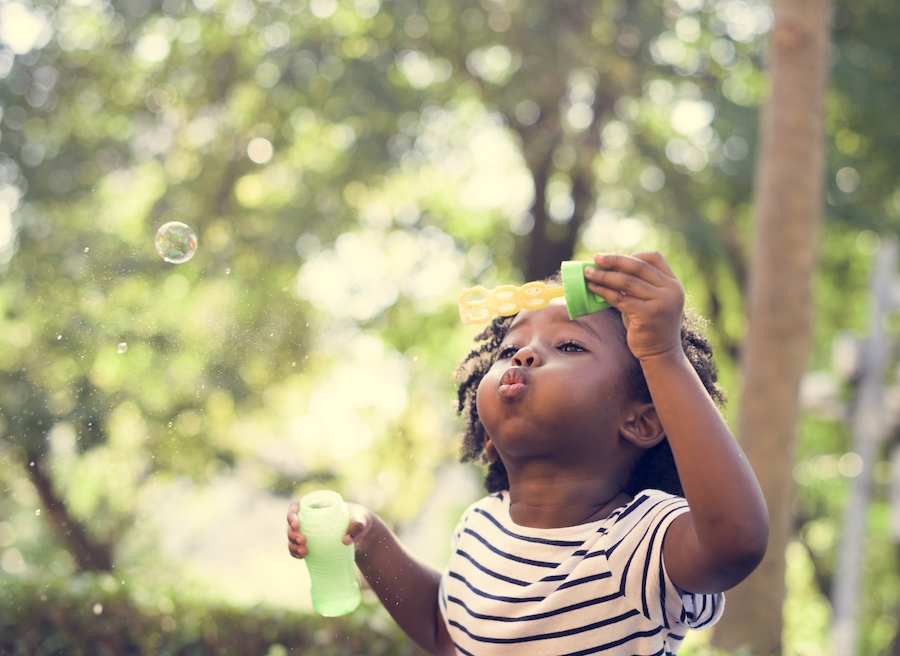 With that in mind, I let the week commence. With the kids on summer break and me working from home, it was the perfect opportunity to let them – and myself –  have more freedom.

Both kids were very confused when I told them that I was not going to get in the middle of their arguments or plan the week for them. “Entertain yourselves,” I told them.

On the first day of the experiment, it rained heavily. We were stuck indoors, and the kids decided to watch TV for a very long time. I didn’t stop them, and after a while, they decided to turn it off on their own and ventured into the basement to play until dinnertime.

The second day, the weather was beautiful, and both kids played outside for hours. I told them not to cross the street and to stay within a two to three house perimeter. They obeyed, and I worked inside feeling guilty that I wasn’t watching them and panicking that someone would steal them. When my husband came home, he asked, “Where are the kids?”

“And you’re not watching them? It’s not safe!” I quickly ran outside to look for them. I couldn’t find them anywhere. My heart began to palpitate until I heard giggles from behind a bush two houses away. They were playing with the neighborhood kids and digging for bugs. They had created an entire bug city and were covered in mud.

It was just what I wanted, you know, minus the panic.

The rest of the week progressed the same – me giving them freedom and then feeling immediate guilt and panic at doing so. I kept imagining Keith Morrison narrating a Dateline episode recounting how a careless mother-of-two let her kids play outside unsupervised when danger was lurking behind the corner. I thought I would surely be arrested when, one day, I accompanied them to the park but instead of helping them navigate through the playground and play with them, I just sat on a faraway bench (out of sight sometimes) and let them be.

At the end of the week, I realized that three things were heavily dominating my thoughts: panic, guilt, and comparison.

Panic at the constant dangers that are out there in the world and not wanting my kids to fall prey to them. I have to get over this constant fear that saturates every part of motherhood. I vowed to no longer watch the evening news or Dateline and stay off mom boards that dissect the awfulness of too much screen time, processed foods, and not being able to do algebra by the time they’re 6 years old.

Comparing myself to other moms (or other women in general) is my downfall. That mom reads to her kids for an hour every day! Some days, I skip the books altogether. This other mom makes treasure box adventures for her kids when they’re bored! I just tell my kids to clean their rooms. Instagram and Pinterest have made me privy to the perfect lives of other women, and I always feel like I’m behind the curve. I don’t have a fiddle leaf tree in my home or a dedicated playroom with chalk walls for my kids to be “creative.” 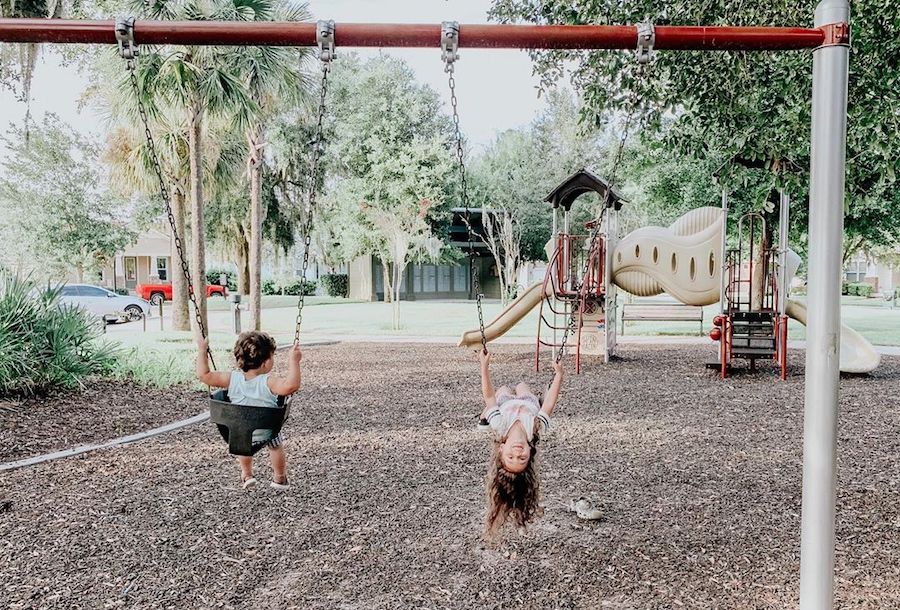 Am I still doing okay?

I learned that I don’t have what it takes to parent like it’s 1985 because I care too much about what others think of me and how I parent. In 1985, my parents raised us the best they could and didn’t feel guilty about their decisions. My mom wasn’t comparing herself to Judy down the street nor did she feel bad that her home wasn’t dinner-party ready at all times. The only opinion that mattered in how she parented was her own. She didn’t have an Instagram page where she could read negative comments about how she did things.

I’m so happy to have grown up without social media because who knows how it would have permeated my mother’s mindset. Unlike my mother, I’m always sizing myself up against other moms and always come to the conclusion that I’m falling short in some way or another. So, I try harder. And when I’ve reached the point where I think I’m doing amazing, there is always someone doing better and splashing their highlight reel on social media, so I try harder again.

In order to parent like it’s 1985, I must stay off social media and regain the burgeoning confidence I once had in myself. I need to not care about other’s opinions and truly look inward if I want to end the cycle of panic, guilt, and comparison.