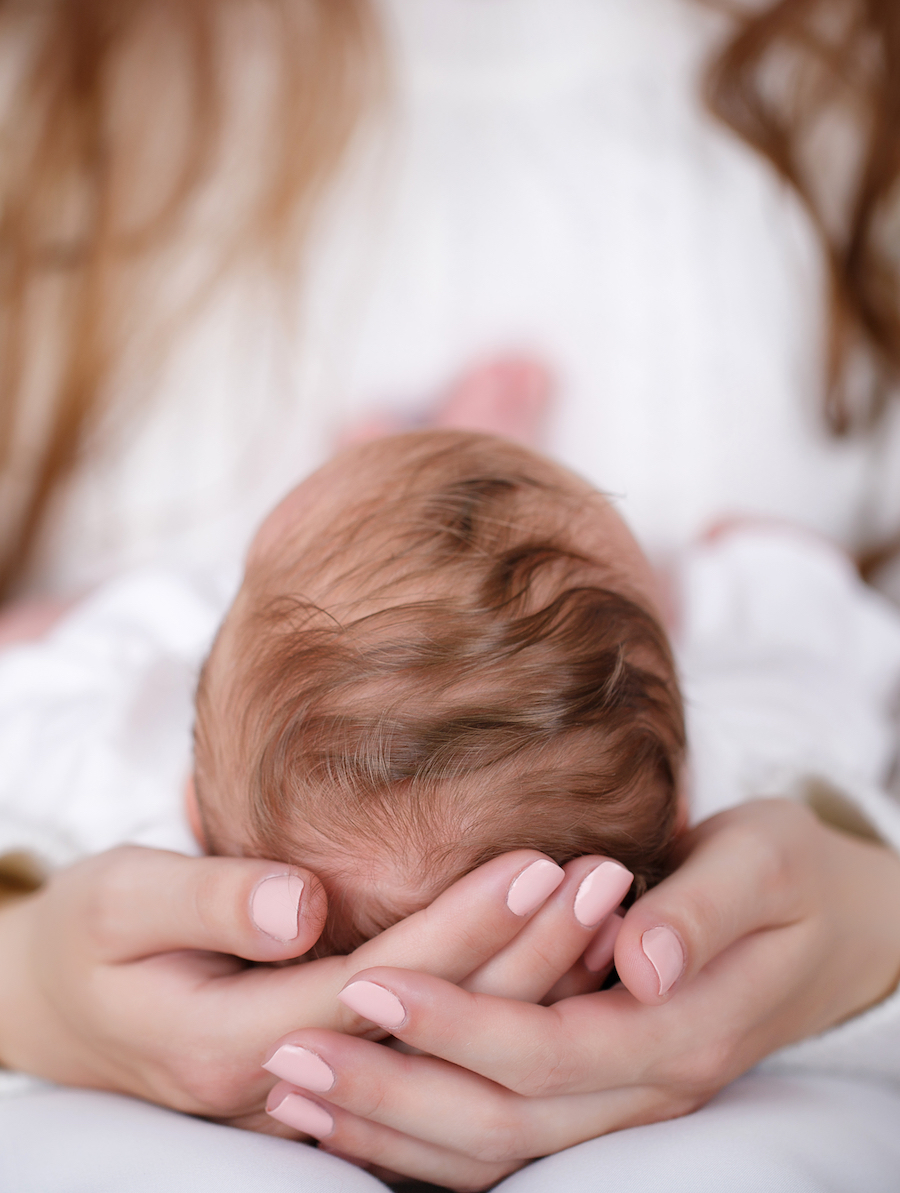 It was 5 am, the morning light still hiding behind Lake Michigan. A nurse wheeled my newborn daughter back into the dark hospital room where I had been sleeping since the delivery. My daughter was swaddled up into the tiniest possible cocoon and snoozing peacefully. I opened my eyes groggily and complete joy and disbelief washed over me. “She’s mine,” I thought. “That is my little baby.”

I was sure I was experiencing the instant love so many mothers gush about. And perhaps I was, for a brief moment. But as the days went on and I slipped into postpartum depression, I realized I was one of those moms, the ones who don’t feel a deep connection to their baby. The realization was crushing. I felt at once ashamed, disappointed and alarmed. I loved my baby, but I didn’t feel in love with her the way I expected to and the way I know many mothers genuinely do.

My whole life I’d heard a mother’s love described in a myriad of ways: instant, natural, beautiful, unimaginable, without compare, beyond belief, all-encompassing, life-changing, nirvana-achieving. I’d never heard of it described the way I was experiencing it: complicated, scary and, worst of all, average. I thought my daughter was adorable and an incredible gift, but I didn’t feel a love that rocked me to the core. I felt exhausted from lack of sleep, overwhelmed by her constant needs,  sure that anyone else could do a better job of being her mother, a classic symptom of postpartum depression. I felt like I was going through the motions — outwardly nurturing, while ambivalence lurked beneath the surface.

My whole life I’d heard a mother’s love described in a myriad of ways: instant, natural, beautiful, unimaginable, without compare, beyond belief, all-encompassing, life-changing, nirvana-achieving. I’d never heard of it described the way I was experiencing it: complicated, scary and, worst of all, average.

Meanwhile, my husband bonded with her the way I had expected I would. He was enamored from the start, and I envied how easily it came to him. When I watched him with her, I wondered if I could ever get there. I worried I never would. I tortured myself with questions that, in hindsight, were a form of punishment. “Do I love my husband more than my child?” and “Do I even love her at all?” I asked these questions off and on for months, due in part to sleep deprivation, depression and my fear of change.

At this point, you might expect me to reveal a magical moment where I looked into my daughter’s eyes and everything suddenly clicked into place. But I didn’t have a moment like that.

I let go of expectations and focused on the moment. I knew I loved my daughter, and that was enough.

I accepted the reality of postpartum depression and slowly forgave myself for allowing it to rob me of a joyful season in life.

I stopped comparing my experience of motherhood to that of others. Well, at least I tried very, very hard not to. If a social media post made me feel like a failure, I unfollowed. I wrote down how I felt and read articles from other women who had similar experiences – there are a lot more out there than I expected.

I opened up to family and friends. I was brutally honest about how much I was struggling and how hard it was to not feel the new-mom euphoria. The kindness and support I received from other moms and non-moms alike lifted me up when I needed it most.

I took care of myself. They say you can’t love someone until you love yourself, and it’s true. The more I practiced self-care (enjoying a cup of coffee at work, going to bed early instead of doing the laundry, going for a run), the happier I became and the better mother I became.

I did all of this, and when I wasn’t looking, I fell in love.

My love for my daughter was like a sunrise: a slow and sure progression. While I was still enveloped in darkness, I doubted the sun would ever peak above the horizon. But before I knew it, I was basking in its complete radiance. Somewhere between my postpartum haze and the present, a million little moments — highs and lows, laughter and tears — have collectively carved a permanent place in my heart I didn’t know I had room for.

While I watched her crawl for the first time, our bond grew. While I rocked her back to sleep at 3 am, wondering whether it was possible to die from lack of sleep, our bond grew. First giggle, first steps, first word, fourth tooth, eighth illness, fiftieth meltdown, one-hundredth snuggle…Throughout it all, our bond grew and grew and grew, until it became something deeper than I’ve ever felt in my life.

A year in and my love for her is bordering on addiction. I live my life for her; I would give my life for her. I cry just typing these sentences because it’s the most real thing I’ve ever felt, and it’s hard to believe I ever worried I couldn’t or wouldn’t get here. You’ll get there, too.