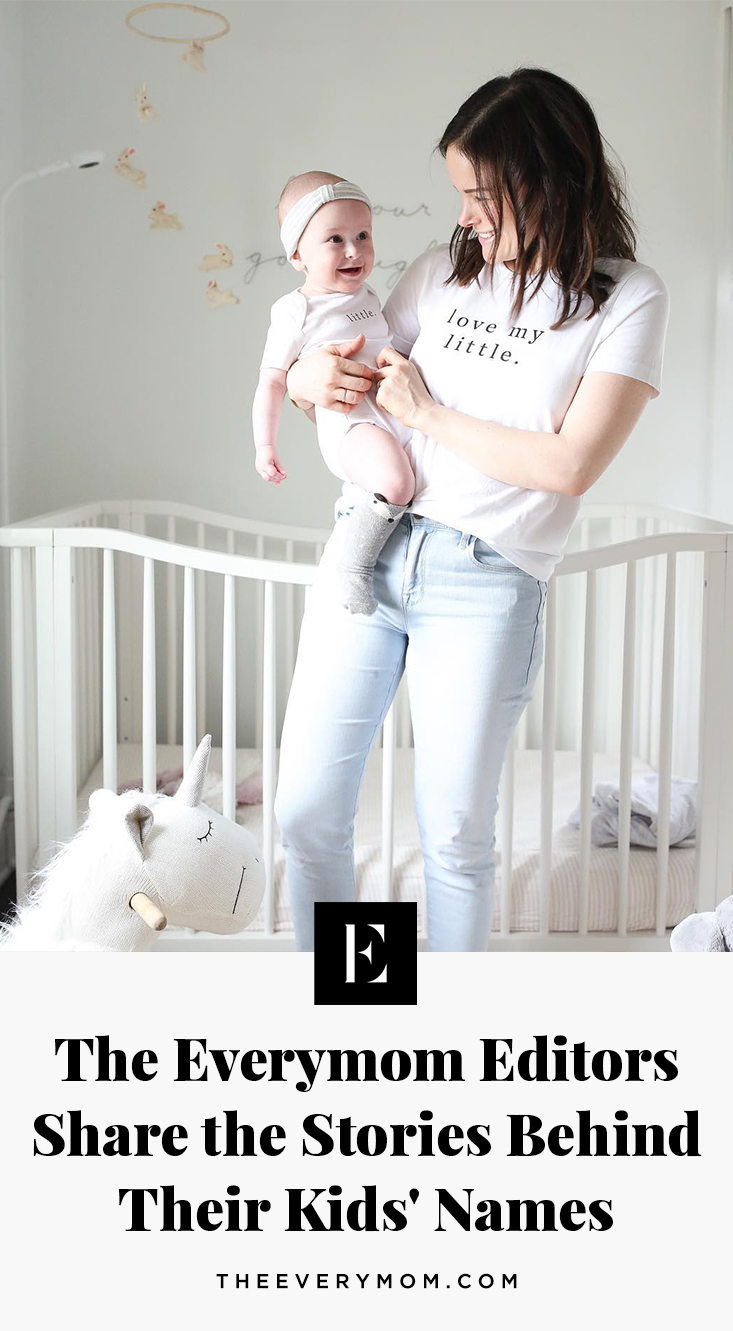 One of the first and biggest responsibilities that we have as parents is naming our children.

Deciding on a name that our kids will carry for their entire lives is no easy task. Some parents have had names picked out since they were kids themselves, while others brainstorm for months and leave the final decision making until the baby shows their face.

From traditional to unique, it’s fun to hear the origin stories of how people make the very big decision of naming their babies. Today, we’re sharing how the editors at The Everymom decided on names for their little ones.

When I was 7, I named my orange cat Charkles (not a typo), and I had a total of six hamsters all named Snowball. It took six months to settle on a name for my dog because nothing felt right. His name? Buddy. As in the generic nickname for friend.

We found out we were having a girl and both liked the girl names I’ve loved since high school. My husband didn’t love that Charlotte was royal and popular, and my other favorite didn’t go with my chosen middle name, Rose, after my favorite great aunt. Throughout my pregnancy, we kept coming back to Margot, but I needed to meet her. Thirty hours after our daughter was born, not one name felt like “the one,” but the social security lady was coming at 4pm and a decision had to be made. I couldn’t pick a name I wasn’t sure of when I also wasn’t sure of Margot knowing it was my husband’s favorite, so 30 hours after she was born, we named our daughter Margot Rose.

Mom to Henry and Charles

I’m one of the only people I know who did not have a hard time naming my kids, and I’m fairly certain both had names within a week or two of finding out their sex. The main reason was it helped me bond with them in utero; saying their name made them so much more real to me as I imagined life with them. Props to all the moms out there who don’t find out the sex until delivery–that would slowly kill me.

My sons’ names are Henry Thomas and Charles Lane, Charlie for short. I’ve always loved old school British names–so there was never a concern I’d grow tired of them. As for middle names, I’m a big fan of using the name of a family member, so Thomas is for my dad and Lane is actually after me (short for Alaina but with a spelling we thought was a little more masculine). My husband and I agreed that since the boys were automatically getting his last name and thereby representing his family, it was fair to have the middle names come from my side so they both had a bit from each of us.

I like to tell expectant parents: don’t overthink it. Say the name out loud a lot; throw it into casual conversation. “Honey, can you grab the bottle for ____?” “____, please pick up your toys.” You could like a name a lot, but it’s not the name you want to be calling your kid for the next 50 years. I found that with a few. But ultimately, you can’t really mess it up, so don’t stress.

After a nearly four year battle with infertility, we were thrilled to be pregnant with a viable and healthy baby boy. Both my husband and I are Jewish, and it meant a lot to us to give Zachary both his own individual name (not named after family, which is Jewish tradition) but also honor our history and heritage. We chose Zachary as it means “God Remembered” in Hebrew as it was a sign of the many years of perseverance, heartache, and loss we went through in order to get our miracle.

His middle name, Zev, means “Wolf” in Hebrew, honoring the entire extended family. I also am a big sucker for a good monogram and ZZW looks really fantastic embroidered on pretty much anything. 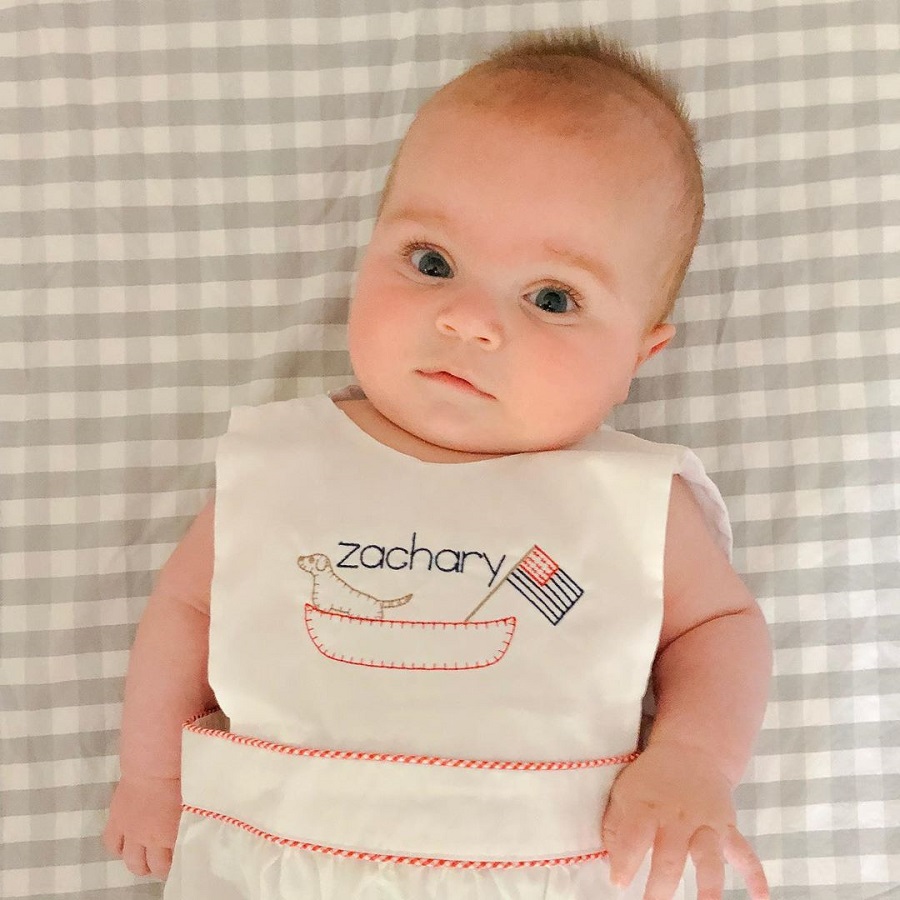 Mom to Arian and Shea

My husband is a football coach, so it should come as no surprise that both of my boys’ names are inspired by football players–BUT I assure you, this is purely unintended coincidence and NOT something we sought to do.

I always loved the Sanskrit name Aryan (meaning “noble”), but didn’t love how it’s spelled because of what the word implies in world history, so I never gave it much serious thought. (As a brown person in America–one who grew up with the name Ojus–I felt like I had to consider connotations and potential offenses and pronunciation more than the fact of actually liking the name or not.) One day, while watching a football game, I noticed the name of the Houston Texans’ star running back, Arian Foster, and thought, “Huh. That could work.” Apparently, Foster’s parents named him Arian as short for “Aquarian”–“water bearer” or “holder of knowledge.” My husband, who does not love a name unless he loves what it means was on board at “noble,” but the Aquarian in me loves the fact that my little Arian shares a water-bearing soul with his mama.

When we found out we were having a second son, we were at a loss for names. We could only ever agree on one boy name, and we had already used it on our firstborn. We went back and forth through my pregnancy but were pretty much stuck. Nothing was quite right. When my husband talked about work, the name Shea, one of his players, came up now and then. And the more I heard it, the more it grew on me–it was strong and stoic, yet soft. It seemed just right. I looked up the meaning before mentioning it to my husband since it would otherwise be a moot point: “hawklike; courageous, graceful, free.” Though it didn’t have a nod to our Indian heritage, it was Irish, just like my husband’s name. Our Shea wasn’t named until at least three days after he was born; we wanted to be sure that this beautiful, unique name was his. The other day, while driving, now 4-year-old Shea asked me, “Mama, when I was born, you named me Shea?” I said yes and asked if he liked the name. He blushed and smiled wide with pride, “Yes. It’s just right.” I think so too.

Mom to Corinne and Samantha

I love family names and knew if I ever had a daughter, I was going to name her after my beloved grandmother, Corinne. My husband and I didn’t find out the sex of our first baby, so going into the hospital, we were either going to have a Charlie, after his grandfather, or a Corinne after my grandmother.

So, Corinne was an easy choice when the doctor told us, “It’s a girl!” but when we found out we’d be adding a second girl to our family a few years later, I was stumped on the names. We considered still using Charlie for a girl, but then my husband suggested Samantha “Sam,” and it stuck. Her middle name is a tribute to my other grandmother, so we still snuck in a family name.

I don’t know when I first came up with the name Millie, but it was a name that my husband and I discussed when we first found out I was pregnant. We both immediately liked it and put it on our pretty short list of names that we agreed on. We wanted a name that was easy to spell and pronounce but not super common. Millie ranks in the 300s of most popular girl names. My husband and I discussed tons of names during my pregnancy and would always come back to Millie as our favorite. We both loved it. As in the Jewish tradition, we wanted to name Millie after family and this name happened to be the perfect combination of two of her great grandparents on my husband’s side, Morris and Tilly. 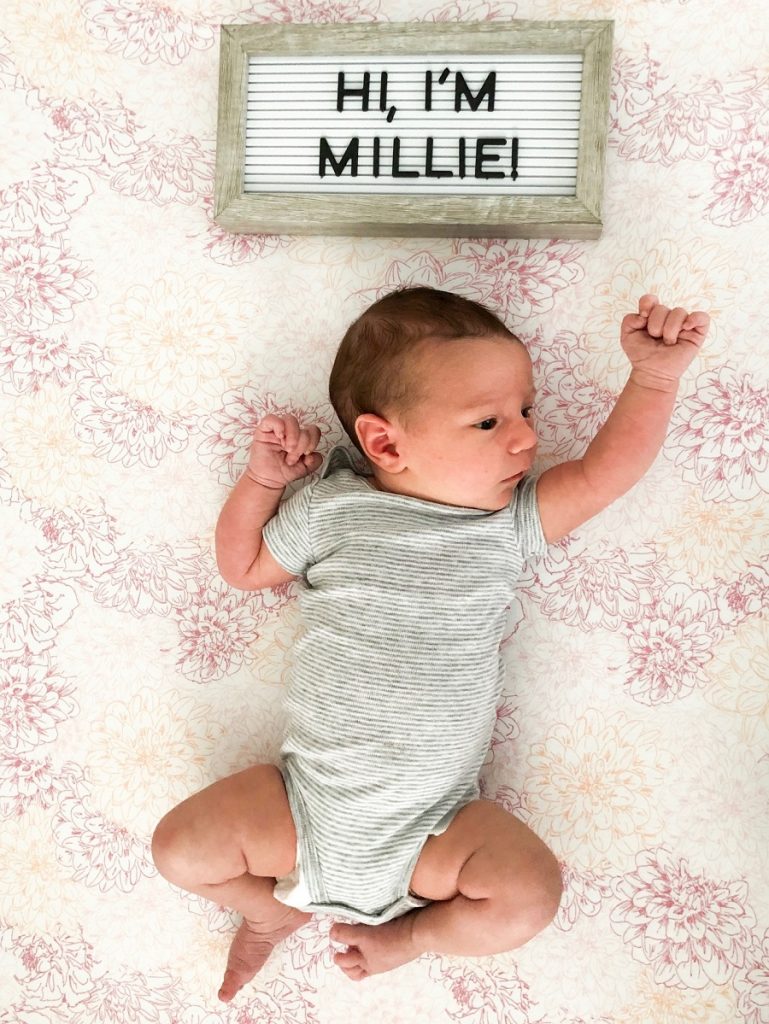 Mom to Bode and Otis

My husband and I didn’t know the gender for our first child, and while we had a solid handful of girls’ names we both agreed upon, we struggled with boy’s names. I had Bode on my list but hadn’t mentioned it to my husband, for fear he would think it was too unique. But as we waited for a table one night at a restaurant in the new city we moved to while pregnant (Portland, OR), he mentioned that he liked this name “Bode” … and I jumped for joy! Me too! We settled on Bode Thomas, as Thomas is my husband’s name and my father’s. And that was that. It was the only boys’ name at the time that we both loved, and it immediately seemed to be the perfect fit for us.

Second time around, we found out the gender and were stumped on names when we learned we were having another boy. We struggled once again. But we kept coming back time and time again to Otis. We’d think about it and both comment on how we were liking it more and more. We’d joke a bit and listen to some Otis Redding, as he sang “Sitting On The Dock of the Bay” about Sausalito, not too far away from our new home in San Francisco. It was the name that slowly but surely beat out any other options, and after a whirlwind delivery, I looked up at my husband and said “So, it’s Otis?” and he nodded in agreement. And our little guy fits it wonderfully; he’s our little Otis.