Beginning in 1619 and ending in 1865, Black people were held captive by white enslavers to do all of the labor and household work on plantations. The enslavers chose African people over European indentured servants because they were cheaper and there were more of them. History.com says, “Some historians have estimated that 6-7 million enslaved people were imported to the New World during the 18th century alone, depriving the African continent of some of its healthiest and ablest men and women.”

Many of these enslaved people were treated extremely poorly, often beaten, whipped, starved, and raped, while also living in unthinkable housing conditions.

For us Black people in America, these enslaved people are our ancestors. On a family tree, many of us can trace back to multiple blood relatives who were enslaved and were treated like this for far too long. Juneteenth is a celebration of the end of all of this.

Juneteenth, recognized each year on June 19, is a commemorative day to celebrate the ending of slavery. For hundreds of years, Black people were kept as property by white people, were seen as less than, and were put through dangerous and life-threatening conditions each and every day. And honestly, that’s just putting it lightly.

Celebrating the ending of slavery is also celebrating the beginning of freedom for these Black Americans—the chance to be with their families again, to have babies at their will, and to do the work for their families and community rather than for someone who couldn’t have cared less for us. Just because we were enslaved doesn’t mean we didn’t have visions and dreams for our lives and the lives of our children.

The ending of slavery allowed Black people the opportunity to choose for themselves what they wanted for their own lives.

While Juneteenth has been recognized and celebrated within the Black community for over 150 years, 2020 was the year it entered the national conversation. The deaths of George Floyd, Breonna Taylor, Ahmaud Arbery, and many others created an uproar across the world that is screaming “Stop killing Black people!” Sure, we’re not currently living on plantations, picking cotton in the scorching sun, and being chained to a wall at night while we sleep, but we’re not exactly far from it.

Black people are being killed at such an accelerated rate, and many of these killings are unjustified. And for those of us who are still alive, we often fear living our lives “normally” because we, as Black people, are not widely accepted and respected in this country. The chains our ancestors quite literally once had around their necks, wrists, or ankles, we now figuratively have them in our minds and around our opportunities.

Juneteenth is important every year, and was declared a federal holiday in 2021, but because the day is widely centered around freedom and the end of slavery, has the Black community asking, “Today, how free are we?”

How free are we if we can’t leave our homes without the fear of dying?

How free are we if we can’t be IN our homes without the fear of dying?

How free are we if we continue to get paid less while doing more work?

How free are we if we don’t even get considered for the position in the first place?

How free are we if Black mothers are dying in the hands of doctors while giving birth?

How free are we if our children can’t play in their own neighborhoods?

How free are we if we, no matter our age, continue to be ostracized from those around us?

Juneteenth celebrations will happen all over the nation. For many years, this day or weekend often included fun activities like parties or barbecues where people would come together with happy and hopeful feelings. Some celebrations may include more political acts like continuing to protest, watching Black community leaders speak about the current state of the world and what we can do to make lasting change, or having conversations within your own families about racism and slavery.

If this is your first year recognizing Juneteenth, take a moment to find some Black leaders online and just listen.

Within the technical definition, we no longer have enslaved African people, but freedom is not equally available to everyone, and we still have a long way to go to make a massive shift to end racism. If this is your first year recognizing Juneteenth, take a moment to find some Black leaders online and just listen. Be open to learning about the history of our ancestors while also learning the truths of what is going on today.

… the color of your skin is beautiful.

… you are worthy of respect, love, success, happiness, and kindness.

… and you are wanted and have a sea of support from the Black community.

We have come so far and yet, we still have so far to go. But today, June 19, I say Happy Juneteenth to you.

This article was originally published in June 2020 and has been updated for timeliness. 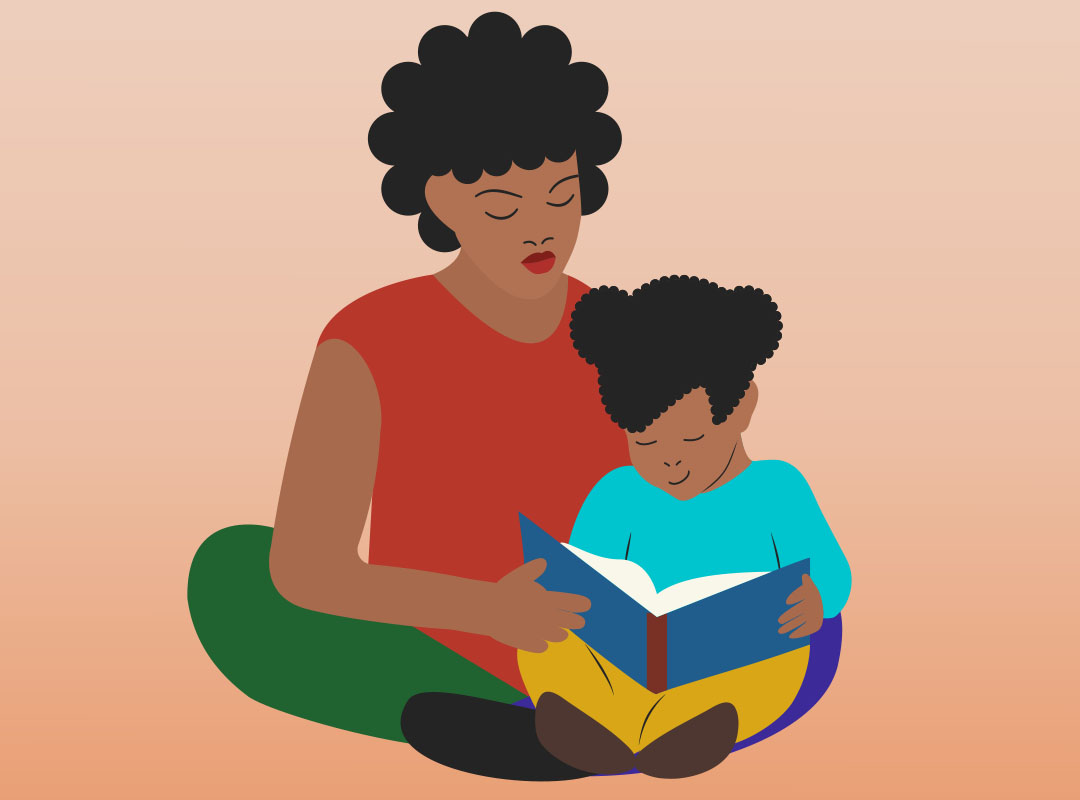