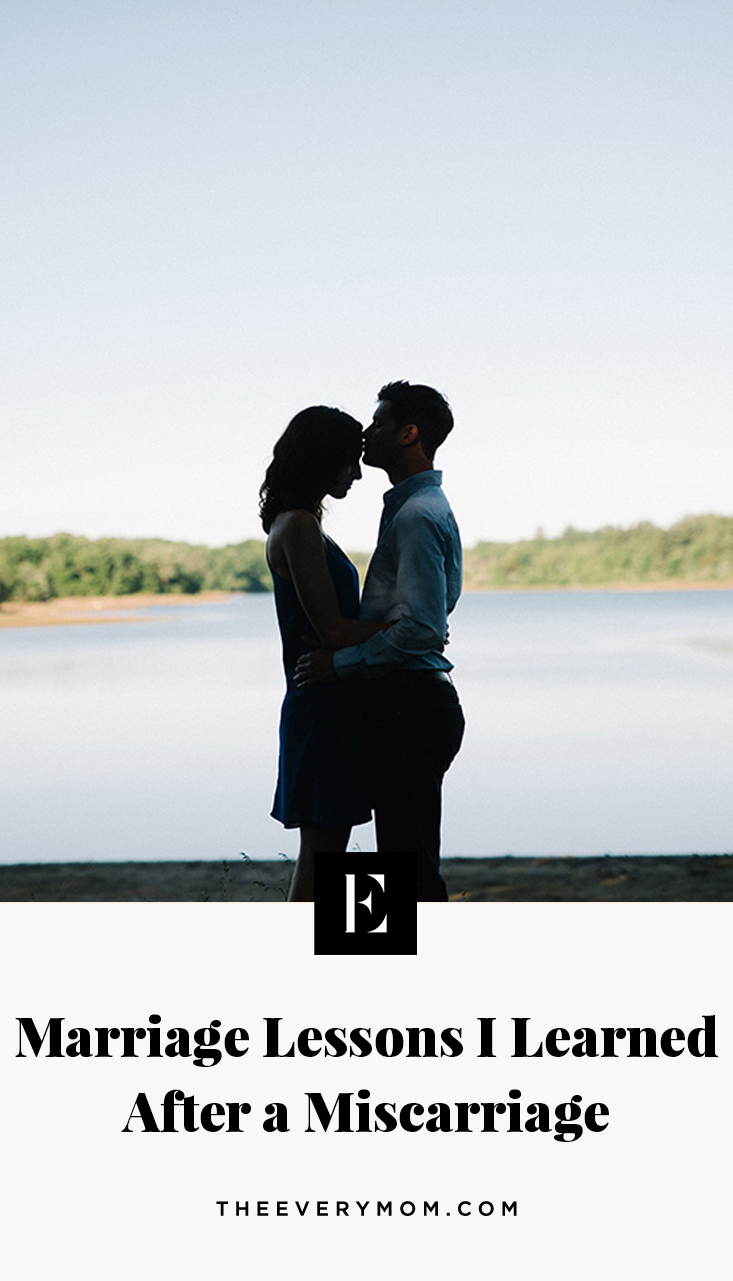 Note: If you or your partner are struggling after experiencing a miscarriage, then be sure to talk to your health care provider right away for proper care, treatment and support.

Six weeks into my second pregnancy, I came home from work and realized I was bleeding—a lot. After calling my doctor, who told me to take it easy and come in for bloodwork the next morning, I immediately called my husband, who was at an event that night. He asked if he should leave, and hesitantly, I said no, because there wasn’t much he could do, right? Then, as I waited for him to come home, I realized I was upset. At him. For doing exactly what we agreed upon. A few days later, when we learned for sure that I had miscarried, he offered to cancel plans to grab a beer with a coworker. I kept saying I was fine, so eventually, he went. Hours later, I proceeded to send several text messages to the tune of I Can’t Believe You. You can imagine how the rest of that convo went; he felt confused, I felt ignored and both of us knew we weren’t communicating very well.

In marriage, hard times are supposed to make couples stronger. But for us, struggling with the aftermath of something like a miscarriage left us floundering between arguments and the silent treatment. Was it normal to fight like this? I wondered. Are we going to survive? Yes and yes. Pregnancy loss can be so hard on a relationship, and according to a 2010 Pediatrics study, 22% of couples who had a miscarriage were more likely to break up than those with successful pregnancies. However, with the right tools, you can certainly process and heal, together. Here are three marriage lessons I learned after having a miscarriage.

For me, my thought process after losing our baby went something like this: maybe the pregnancy will work out. This fucking sucks. I’ll never drink/complain/curse/whatever again if the baby makes it. I’m too sad to do anything or go anywhere. And finally, this is awful, but I’ll survive. In other words, the five standard stages of grief and loss: denial, anger, bargaining, depression, and acceptance. My husband, on the other hand, seemed . . . okay? I couldn’t tell. He had a few extra drinks, gave me some space, watched tv and talked a lot about trying again for another baby, once we were ready. Our reactions were worlds apart, which created a sense of disconnect between us.

Grieving is personal, and within a marriage, it’s really easy to assume you know exactly how the other person feels, the words and actions they’ll choose in the face of loss. Except you don’t, not 100%. Not even when it comes to your spouse or long-term partner. I assumed that since my husband wasn’t talking about our miscarriage, he didn’t care. I also didn’t, um, ask him how he felt, and because I didn’t ask, he didn’t tell me. From his perspective, he assumed I wanted to be left alone, and because I continually insisted I was “fine,” he didn’t push further.

It turns out we both had much more complicated emotions lingering below the surface, once we finally dove into a conversation about it. He explained that he felt devastated in his own way, but wasn’t sure how to show it; he wondered what had gone wrong with the baby, worried it would happen again, and zeroed in on his inability to take away my pain. In turn, I noted how unfair it felt to be pregnant, then not, and realize your body wasn’t doing what it was “supposed” to do. Knowing that we were both grieving—just differently—opened the door to better communication.

2. Sometimes we disappoint the people we love most.

During this period, one of my best friends told me, “Even the people we love disappoint us.” It’s so true, and I had somewhat forgotten in the course of our marriage that my beloved husband was also . . .  just a human being who makes mistakes. Like me. Like anyone. Both my partner and I felt disappointed, in general, and with each other, and we had to figure out the best way to forgive and move on.

Oddly enough, we are not usually our best selves when we are uncomfortable or scared or overwhelmed or grieving. That’s where the beauty of marriage comes into play: there’s nothing more precious than knowing somebody has your back, no matter what, even when you mess up or let them down. None of us are perfect, and there are going to be times in relationships where you’re kind of trudging through, apologizing and learning, but growing all the same.

Our miscarriage happened to both of us, but for a while, it felt like it really just happened to me. I was alone at home with our two-year-old son when the bleeding began. I went to the doctor twice that week by myself. I received the phone call with final test results at work, in my office, with the door shut. It happened in my body, to me, and I felt a strong urge to remind my husband every fifteen seconds of that fact. Yet, that didn’t leave much room for my husband; just like there’s no “I” in “team,” there’s no “me” in “we.” The loss affected him, too; as much as it happened to me, it happened to him, too, as a father and a husband and a person. The reality of my body going through the physical components didn’t discredit the fact that his heart and mind experienced pain as well.

Going through a miscarriage pushed us to talk about coping mechanisms and communication skills. We learned to cut each other some slack, and erred on the side of forgiveness. We realized how short life can be, as evident by the little babe we said goodbye to, and we ultimately put our marriage above any sense of pride of ego. Our journey wasn’t perfect, and it wasn’t easy, but we ended up coming out stronger, together, after all.

If you’ve gone through a miscarriage, how did the emotions you both experienced impact your relationships? Do you have any advice to share?