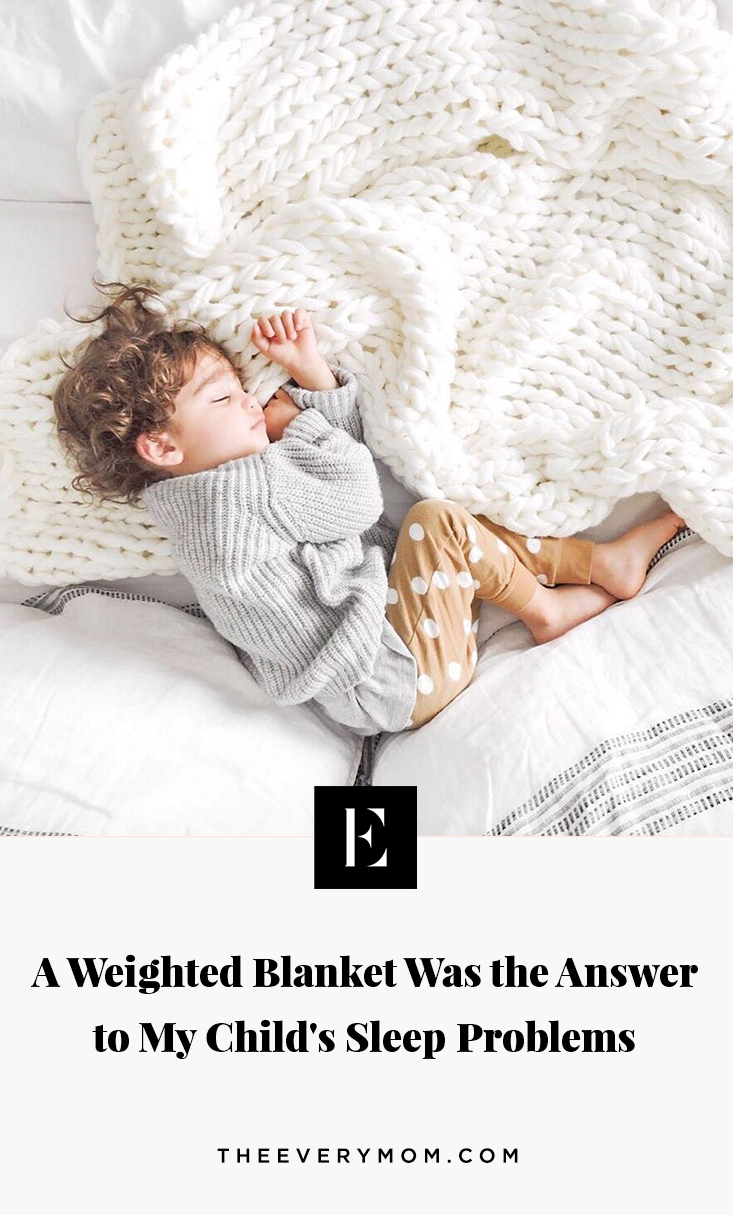 Weighted blankets have become pretty trendy lately, as the benefits of using them have become more widely known. What is maybe less known is that they’ve been used therapeutically for many years, especially for young kids who struggle with self-regulation and sleep.

As the parent of a child with sensory issues that result in a sensitivity to overstimulation, a predisposition to overtiredness, a high-energy, high-activity level, and a real struggle in being able to relax and calm, sleepless nights were the norm for us as new parents. When my son was a newborn, we stripped all the decor off the walls of his nursery to prevent stimulation. We darkened his room with sheets hung over his blackout curtains to keep light from summer nights from creeping in. We got a noise machine and saw pediatric sleep doctors and followed a number of training suggestions. Nothing worked. “He’s just different,” our pediatrician remarked. When I lamented about wanting the easy-going child that could sleep anywhere and anytime, a wise friend told me, “You have the privilege of parenting the kid you have – learn him.”

And as I got to know him better, a few things stuck out to me enough to warrant a conversation with our pediatrician regarding a possible special needs evaluation. Having a background in early childhood special education, I was (and still am) hyperaware about developmental differences. For us, that hyperawareness turned out to to be fruitful.

We started occupational therapy to help manage his sensory processing needs when he was about 18 months old. Through our wonderful therapists, we learned a lot about how to help our little boy through his days, how to give him extra sensory input as needed, and how to talk to his other caregivers to do the same. As the years went on and his sleep didn’t improve (it was taking hours to get him to sleep and he rarely slept for more than three hours at a time due to constant overtiredness). I remember talking to our therapist at one point with tears in my eyes, “What can I do to get him to sleep and stay asleep? I can’t keep going on like this.” He was two and a half at that point, and she suggested it was time to try a weighted blanket.

With the very clear instructions and guidelines she gave us, we decided to give it a go. And for my child, it turned out to be a game-changer.

Why does it work?

For many children, like mine, there’s a component of sleep that’s unrelated to consistency and sleep routine. On the surface, we were doing everything right – consistent and early bedtimes, calming routines, plenty of healthy foods and opportunities for exercise. But that’s because his difficulty with sleep was not surface-level. The problem was in his brain and his body’s inability to calm down. He had difficulty shifting his mind to prepare for sleep and lowering the state of arousal in his body.

Weighted blankets give proprioceptive (body awareness) and tactile input. Because children with sensory-related difficulties tend to not process information from their senses as well as others, this added input can help stabilize their bodies and minds and provide a calming, relaxing effect. It helps to calm their “fight or flight” instincts, decreases anxiety, and increases abilities to self-soothe. The weight puts pressure on the nervous system – similar to how a swaddle works for newborns.

In a 2015 study published in the Journal of Sleep Medicine & Disorders, researchers found that sleep time increased during weighted blanket use, in addition to making it easier to fall asleep at night, and contributed to feeling more refreshed in the morning.

Of course, sensory needs are unique to every individual and that’s why it’s important to work with a licensed professional if you are interested in the particular needs of your own child. 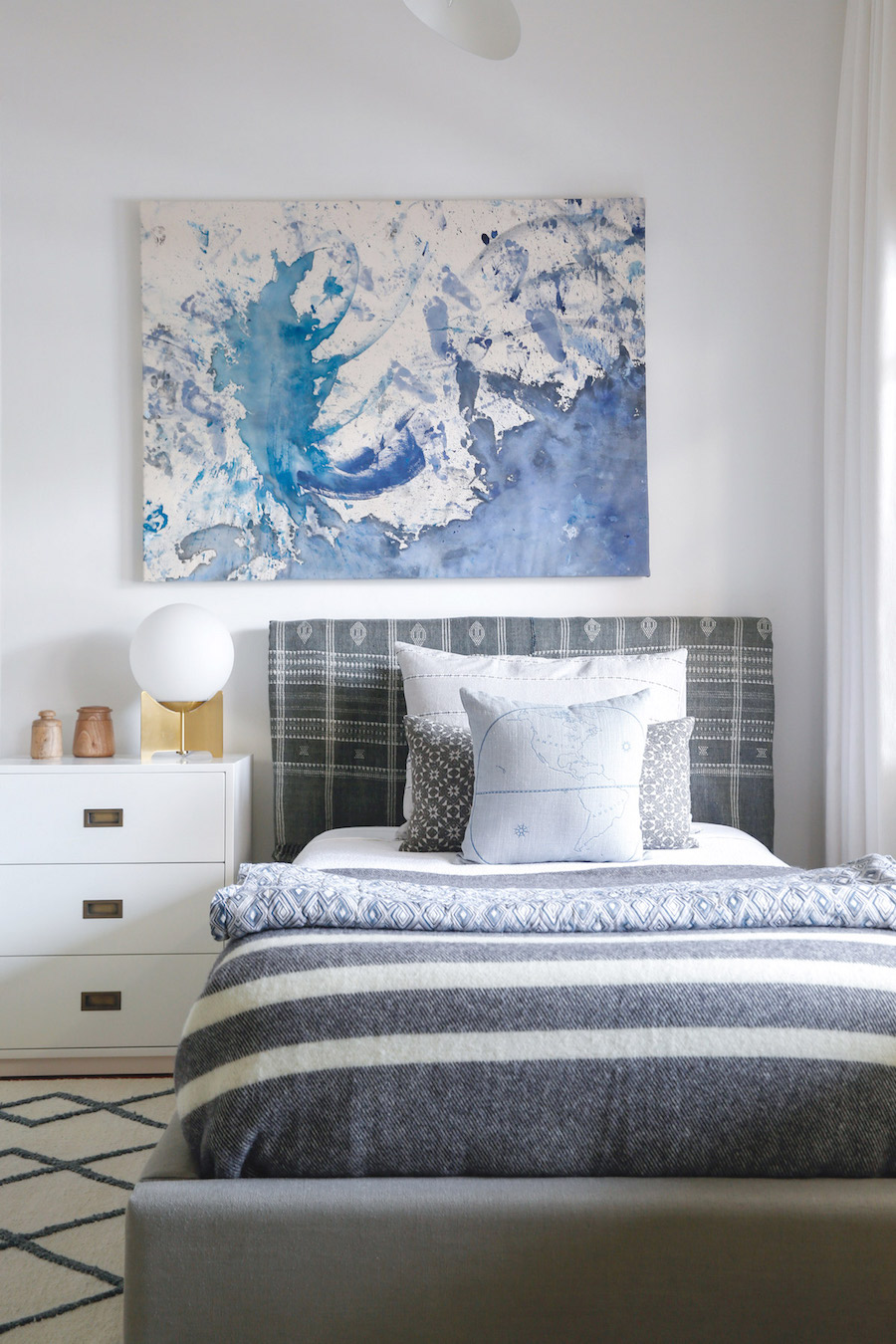 Who does it work for?

As mentioned previously, sensory needs are unique to every individual. But, if your child has a tendency to be a sensory-seeker and has difficulty sleeping, asking your therapist about trying a weighted blanket could be beneficial. Kids that seek proprioceptive input are especially inclined to benefit from a weighted blanket for sleep. There are a few things to look for to see if it might work for your child:

Working with a therapist is imperative here because different kids have different needs. The general guidelines suggested that the blanket should be roughly the size of your child and about 10 percent of their body weight plus one extra pound (for my teeny boy, we ended up with a 3.5 lb blanket). If your child is 40 lbs., you’d aim for a 5 lb. blanket.

It goes without saying, but a weighted blanket shouldn’t be forced on your child, particularly if they show a tendency towards sensory-related differences – extra weight could very well be really uncomfortable for them. 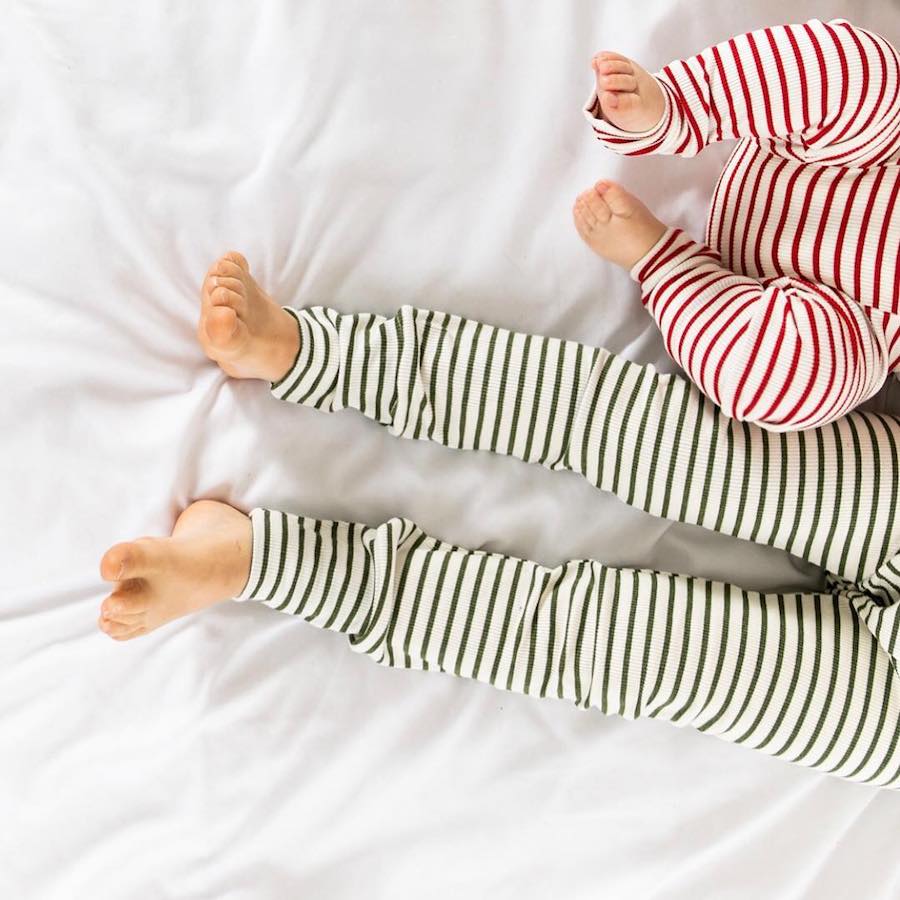 Our therapist told us to lay it on him as he was getting to ready to go to bed and help him through some relaxation breathing. After he was asleep, we were to go back to his room and take it off of him. The point of the blanket was to help him calm down and relax, not to keep him asleep the whole night – as his body climbed out of his sleep debt and started to regulate, sleep stretches would get longer.

Our son is almost 6 years old now and is a wonderful sleeper. He has learned how to calm his mind and relax his body, and we still use the weighted blanket periodically as needed (he usually asks for it when he feels he needs it because “it makes me feel cozy”). But using it initially and helping him understand what relaxing feels like and how it works to help his mind and body get rest was a turning point for us – once he was able to catch up on sleep, his sleep naturally got better.

And that meant more rest for all of us. 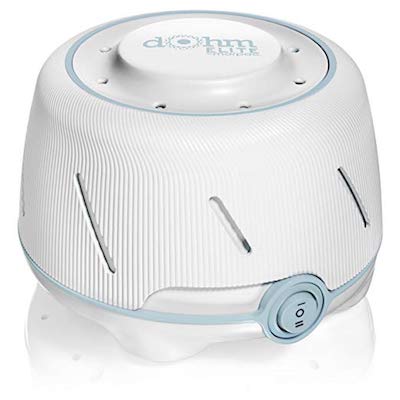 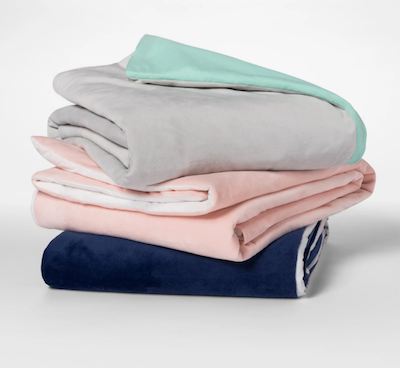 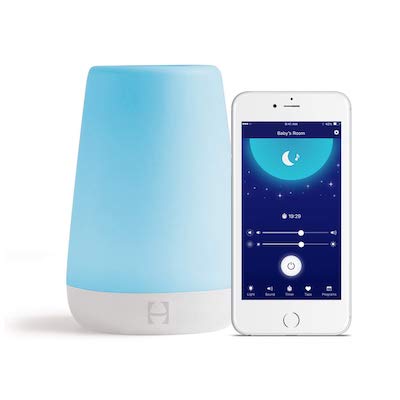 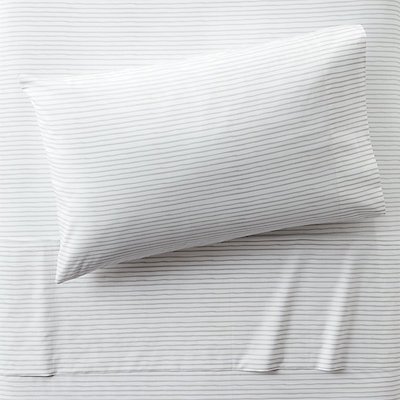 @theeverymom / #sharetheeverymom
In a beautiful essay written about growing up with

If loving this movie is wrong, we just don't want