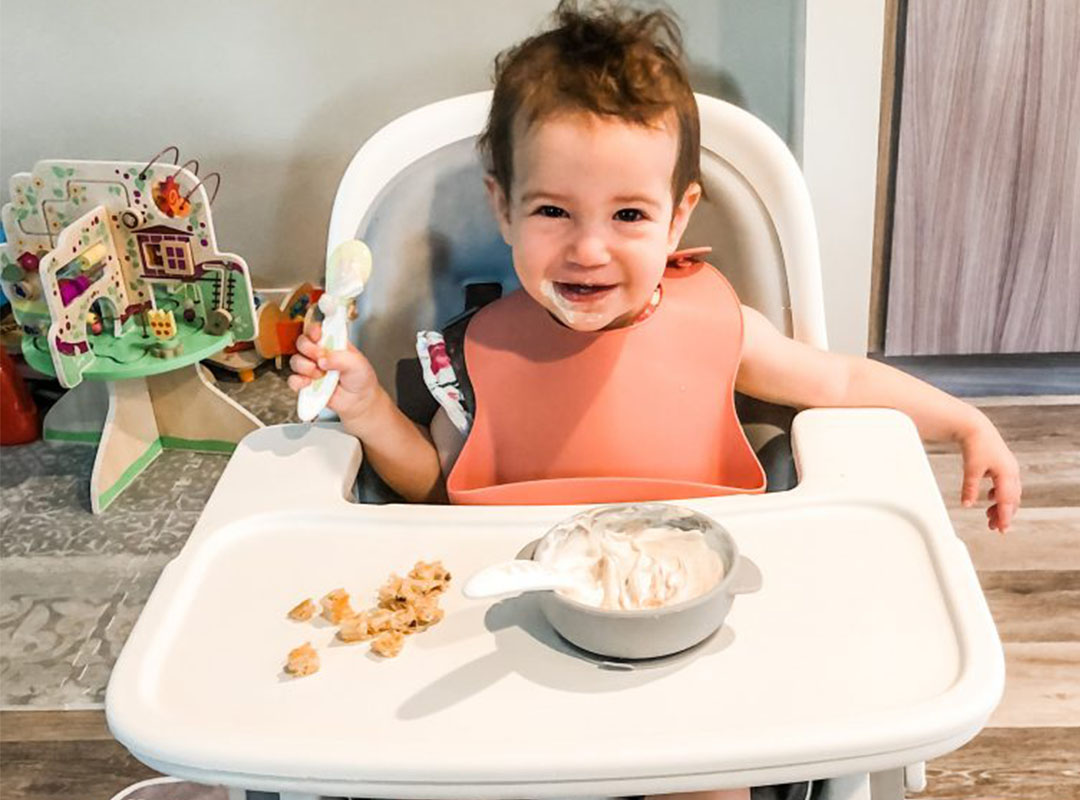 As a first-time mom I felt bombarded with all the things I was supposed to be doing to be the best parent to my baby. Just one quick scroll through Instagram would have my head spinning (I admittedly follow many parenting accounts). I should read to my baby every day, I should sleep train at 4 months old, breast is best for one year, my baby should sleep in my room for six months, I need this lotion, that bottle, those pacifiers.

And of course, I should do baby-led weaning (BLW for short). Because, according to accounts that I follow on Instagram as well as other experts, it promotes good eating behaviors, can protect kids from obesity later in life, and may reduce fussiness around food. With all those positives, how could I even consider feeding my baby purees? I felt like in order  to be a good mother and to give my child a healthy relationship with food (which is very important to me), I had to do baby-led weaning.

But I really didn’t want to do it. I have a fear around choking. Giving my 6-month old baby a chunk of bread to chomp on with a mere two tiny teeth seemed like a recipe for disaster. While in the back of my head I wanted to do BLW, I decided to start with purees. Then my daughter hated purees and refused to eat them. At the time I thought, “Even she knows BLW is the proper way to introduce solids!”

BLW the First Time Around

So after a couple of spoonfuls of rejected applesauce, I went the BLW route. And while I had mini heart attacks every time my daughter gagged on a piece of food, we did OK with it. I took the Feeding Littles BLW course to help ease my choking anxieties and to give me a good routine to follow.

I was proud of myself for doing BLW. Gold star for me.

Then once my second baby came along (21 months after my first), I feared the day it was time to start solids. I still hadn’t gotten over my choking anxieties and was not excited by the thought of trying to feed two little kids at once.

So I was back to my internal debate of BLW versus purees. But one main pro of the BLW argument—that it may reduce fussiness around food—kept popping into my head. Why? Because I have a very picky 2-year-old. One study showed that babies that used a baby-led approach were less likely to prefer sweets. LOL to that. My daughter would eat cookies for every meal if she could.

With my one child experiment results of a BLW approach, I took the stress off myself and decided my second baby would start with purees. Though my first baby happily ate anything I served her (broccoli included), once she became a toddler she rejected all-things green (and basically anything considered healthy). So really, why did I need to force myself to do BLW? 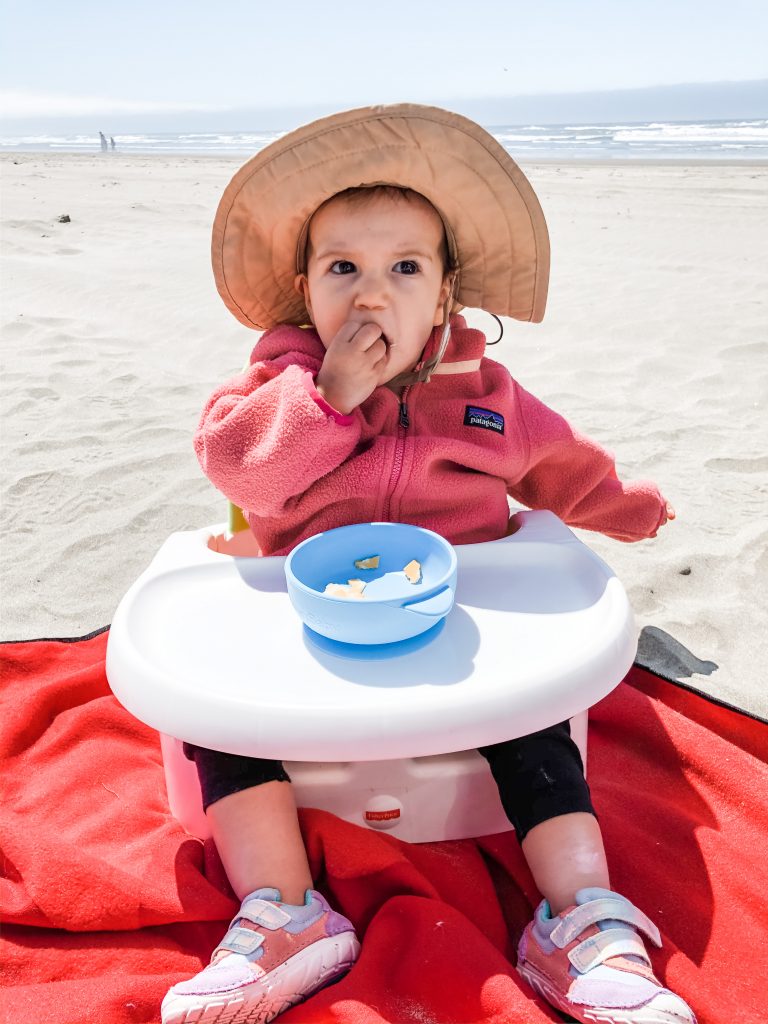 With one taste of purees, my baby was in love. My 6-month old son downed a bowl of yogurt, a cup of applesauce, or anything else made into puree form, all with a smile on his face. I did introduce small elements of BLW, like allowing him to serve himself, but stayed away from solid foods for the first few months of eating.

While this decision would have made me question my quality of mothering with my first baby, it made me happy with my second. Though he wasn’t going the trendy BLW way, he was enjoying meals, he was eating plenty, and he was very happy. On top of that, I got to avoid unnecessary anxiety at meal time. Our meals were happy and stress-free. My toddler snacked away on her meal and my baby slurped down his purees. And me? I stayed very calm during the whole experience.

I don’t deny the benefits of BLW and can’t say for certain how a BLW versus puree approach will impact my children’s relationship with food in the future. But this experience has taught me that you have to do what’s best for you and your children. This includes doing what’s best for your own mental health. Though it’s great I did BLW with one child, every meal felt like a huge hurdle. Literally every time I wiped up after a meal I had a huge sigh of relief: we survived and no one choked. Not a great way to feel three times a day, every day for months on end.

With both feeding scenarios, my children were well-fed and happy. So how can I say that one approach reigns supreme?

There’s a lot of parenting advice in the world. You can take some and you can leave some. Again, I don’t doubt the benefits of BLW and if you are comfortable with the approach, it is a great one to take. But you don’t need to do it. I don’t believe that because I did purees with my son it means he will be a fussy eater who ends up unhealthy later in life. I know that there are so many elements that come into play as our children form relationships with food and their body. How you introduce solids may be one piece of the puzzle, but the puzzle is huge. 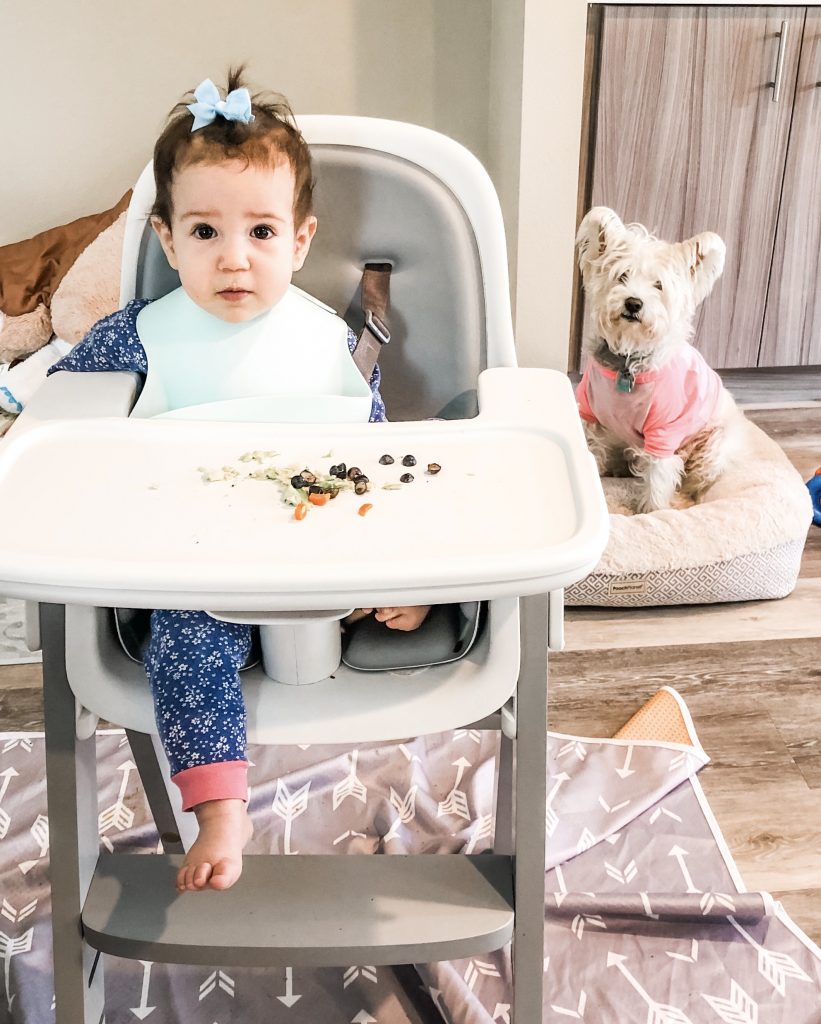 When I look back at my start to motherhood, it seemed like there must be some absolutes. Those things that rise to the top as the most important advice  to follow and the best approaches to take. But it’s not that simple. There is no one-size fits all approach to parenting. And often times the things that seem the most “right” are the ones that are being shouted the loudest. Though I love the BLW accounts I follow on Instagram, I now realize that because my feed was filled with so much BLW content, it felt like this was the best (and only) way to start solids. This goes for so many aspects of parenting, not just how we feed our kids.

There is no one-size fits all approach to parenting…often times the things that seem the most ‘right’ are the ones that are being shouted the loudest.

When it comes to introducing solids or any other part of parenting, remember that there isn’t a perfect way to do it. You can do what feels right for you, no matter what the Instagram algorithm is sending your way. 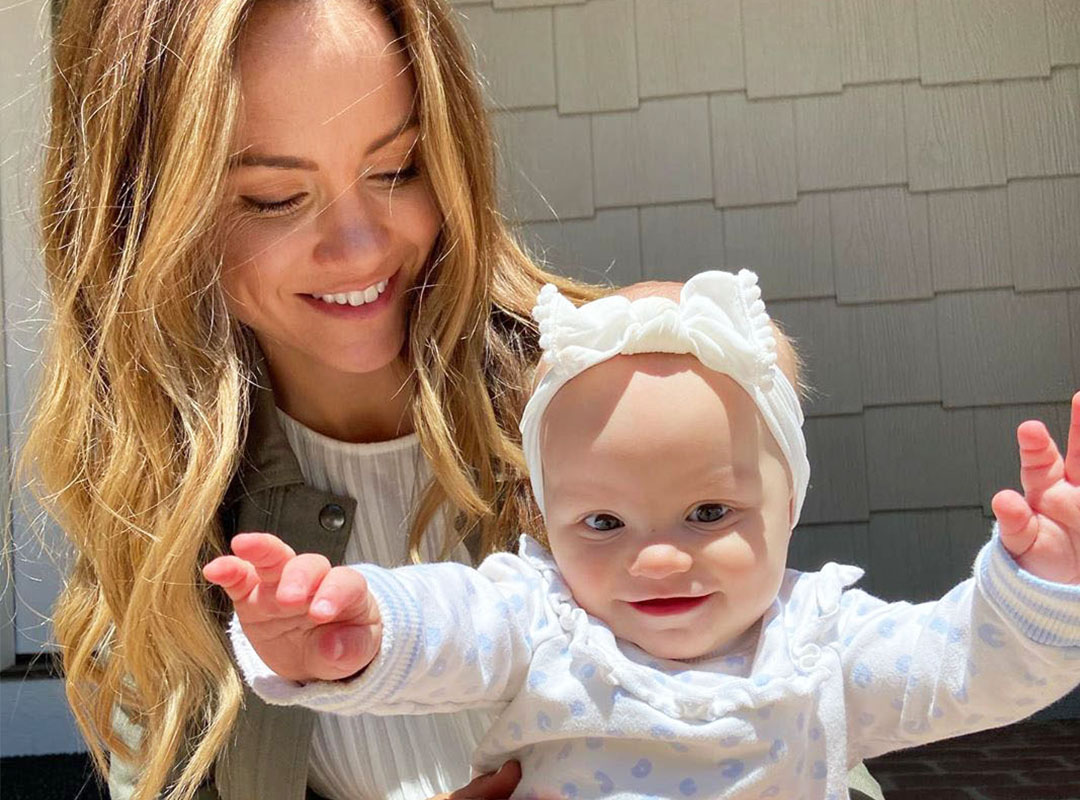