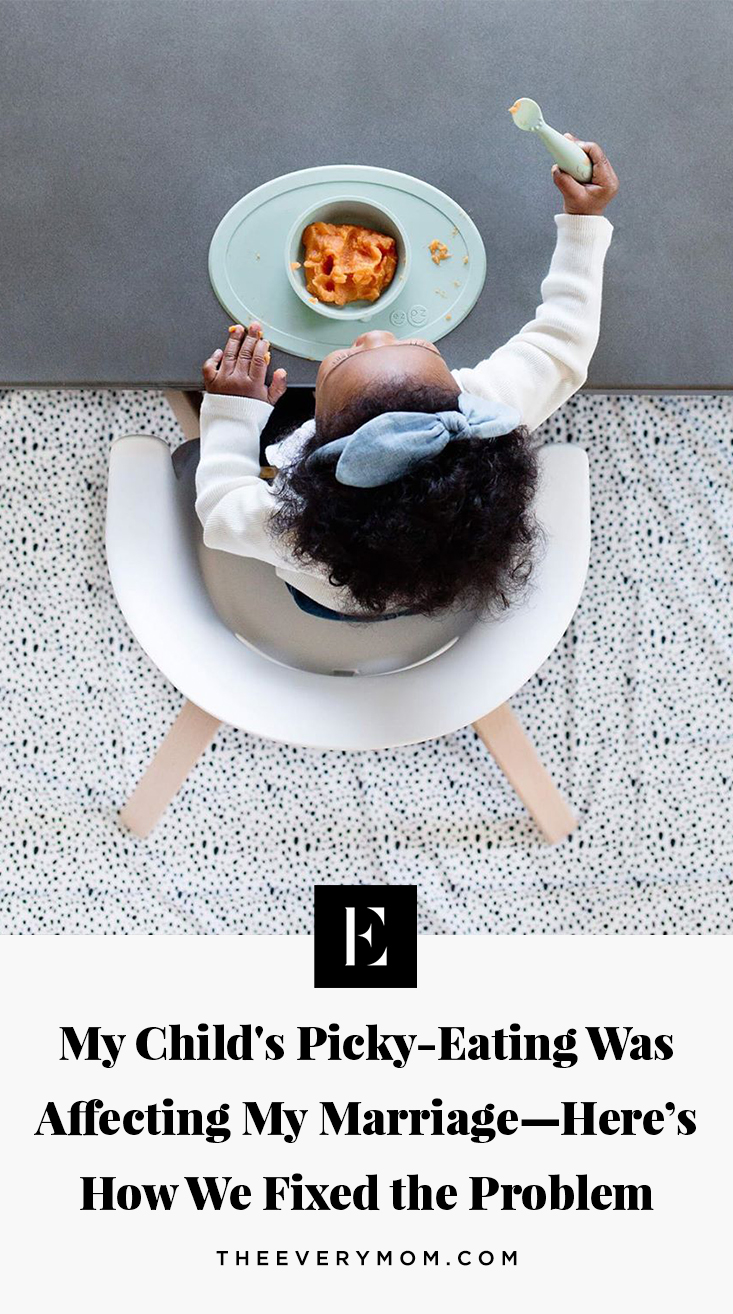 I used to judge other moms whose kids didn’t eat.

My first child ate pretty much anything. Pureed kale and sweet potatoes? Yum. Yogurt, zucchini, chicken, pasta? Delish. Then, karma caught up with me. When I started solids with my second child, I didn’t have the extra time to puree organic kale, so I went with prepared canned baby food and baby food pouches. I don’t know how or if this affected the eating problems about to enter our lives, but it was about to get really picky in our house.

Soon, it was my turn to be judged.

My mother-in-law started making side comments like, “She’s so small” and “She really needs to eat more.” At my daughter’s next doctor’s appointment, I shared our eating struggles with our pediatrician. Since my daughter was, in fact, on the small side percentage-wise, our pediatrician sent us to a nutritionist. The nutritionist gave us some tips I took home and shared with my husband. We pinned the “10 Commandments of Picky-Eating” to our kitchen bulletin board and tried to follow them.

And it did work—for a few days. Our whole family cheered when she licked a piece of chicken and tried a baby carrot (she did gag on the carrot, but since she tried it, we still considered it a win). But if I’m honest, my husband and I weren’t dedicated enough. Or patient enough. After a week or so of wanting to eat a nice family dinner together after a long day of work, it was easier to cave into Easy Mac in the name of peace at dinnertime.

After a week or so of wanting to eat a nice family dinner together after a long day of work, it was easier to cave into Easy Mac in the name of peace at dinnertime.

But after a time, she stopped eating her favorite foods too. Dinnertime became so stressful, my husband sometimes walked out to the porch to finish his meal alone, rather than have an outburst of frustration in front of the kids (of course, we had our share of those too). Commandment #1 on our picky eaters’ list was not to allow mealtimes to feel anxious because your kid will associate mealtime with stress and eat even less.

It was clear we were losing the picky-eater battle. 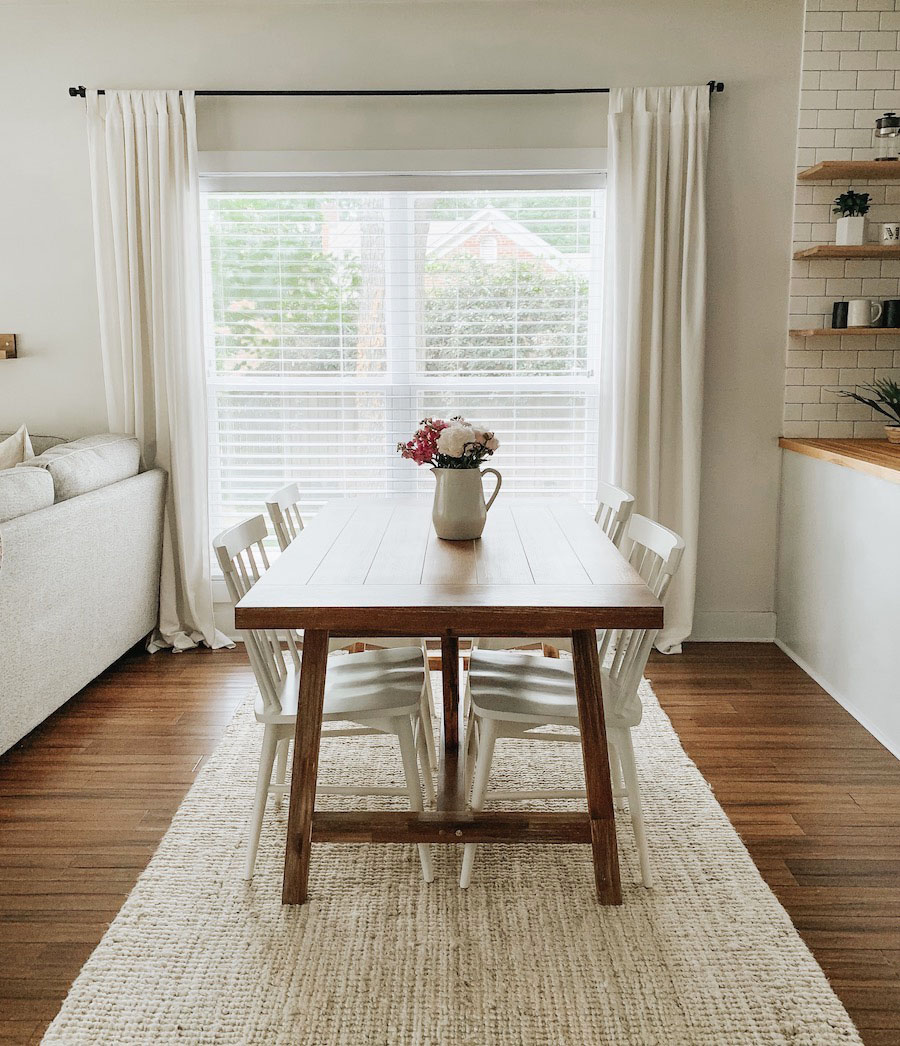 This was not how I remembered family mealtimes as a kid. In fact, moments shared around our dinner table are in my collection of warm childhood memories. Sure, my own brother ate Cheerios for dinner on many occasions. I remember he had to procure the box and pour it himself if he wasn’t going to eat what my mom had prepared. Like me, I’m sure my mom felt caving to Cheerios was easier than creating more work for herself or disrupting the rest of the family. My husband didn’t have the same family dinner memories to draw from, so he didn’t understand why it mattered so much to me.

I knew it was time to make a big change.

I reached out to one of the very moms I’d secretly judged—a friend who had a picky-eater too. She said she finally was fed up with the pickiness of her 4-year-old and took a hard line. Either she had to eat what was prepared or go to bed hungry. By day three, her daughter was trying almost everything, and it was the end of her phase of extreme picky eating. Encouraged by her boldness, my husband and I made the same pact. Unless it was a leftover night at our house, our daughter would eat what we ate.

No more snacks after daycare. No more separate meals. No more caving for Easy Mac.

Now a few months into our process, my daughter has gone to bed hungry a few times. But in the meantime, she’s discovered a love for steak, chicken, and noodle dishes that aren’t macaroni and cheese. She still gags on carrots, but now eats peaches, pineapples, and peas. Here are a few changes we made that helped:

When I pick my daughters up from their daycare, the center has a snack basket available, and it became a habit to pick up a snack for the ride home. Cutting this before-dinner-snack helped my daughter feel more hungry when it was time for dinner. Unfortunately, her older sister also lost out on the snacks but soon not stopping at the snack bowl became a new habit. 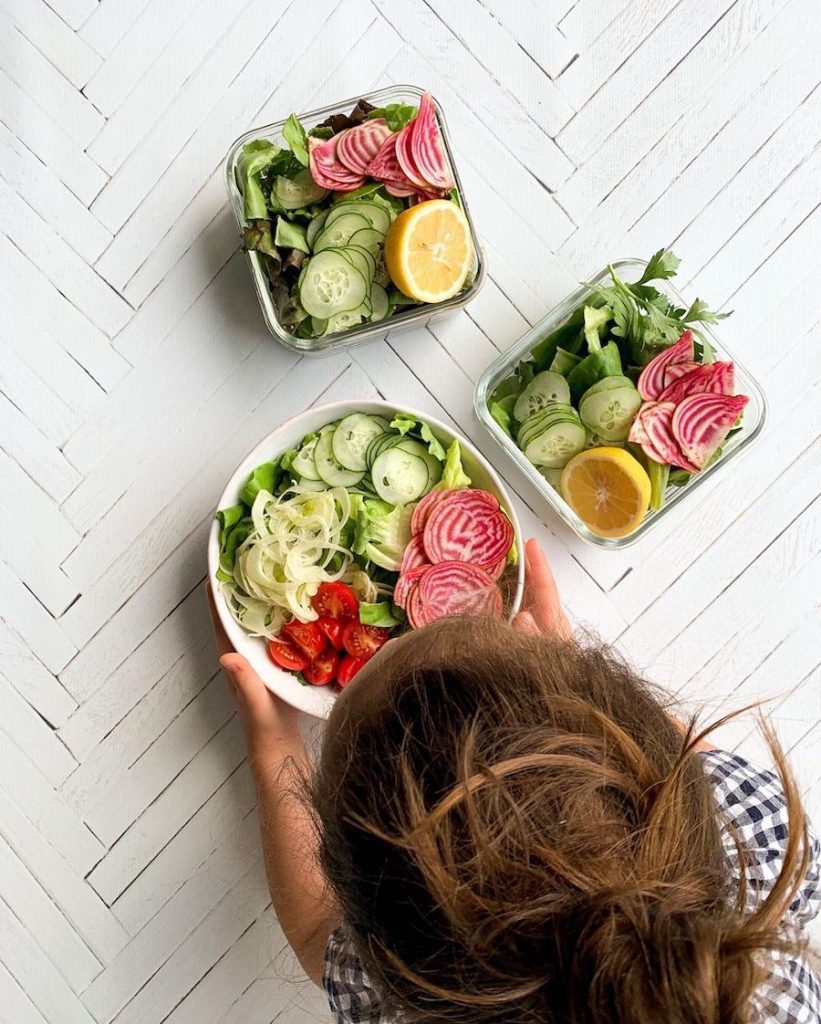 Keep the Same Rules at School as at Home

My daughter’s daycare had been giving her graham crackers, Goldfish, and other snacks when she wouldn’t touch her breakfast and lunch during the day. Like me, they worried she wasn’t eating and were also surprised the peer pressure of her classmates wasn’t enough to persuade her to try new foods. I talked to her teachers about our strategies so she would have consistent rules during the day too.

When we sense the night is going to take a turn towards the stressful, like when my daughter says she doesn’t want to try what we’re having for dinner, my husband and I do our best to remain calm and firm. We still fail sometimes, but we’re getting better, and he hasn’t had to step away from the dinner table in a long time.

Know When to Bend the Rules

One of the picky-eater guidelines was not to use treats as a reward for eating your meal because it teaches the child to look forward to the treat, not enjoy the meal. But here’s the thing: I also like a little something sweet after a meal. And since my girls share my sweet tooth, if they eat their dinner, they get a small treat too. And it’s usually a moment we share together, so hopefully, I’m not creating an unhealthy habit, rather I’m creating our own positive mealtime memories.