There are always a lot of mixed emotions around the birth, or impending birth, of a child.

Whether it’s your first or fifth, a new baby brings about feelings of happiness, excitement, anxiousness, and usually a sense of impatience toward the end.

Five weeks before my second child was born, I felt all of those emotions. Mostly, I was “over it” and wanted to deliver ASAP because I was convinced that this child was trying to shatter my pelvis.

My cousin was shot and killed while working at a hospital in Chicago. She didn’t know the shooter – she was in the wrong place at the wrong time. It was a horrific tragedy.

She was a brilliant, kind, generous soul that left this earth decades too soon. Our family was crushed. Shock, devastation, denial, anger – all of these emotions rang true. Even now, it doesn’t seem real.

The week of Thanksgiving was a complete blur. It’s a completely out of body experience to see your dad pictured in the front section of the Chicago Tribune crying with his siblings when you’ve never seen him cry before. That image will forever be burned into my brain. We spent most of the week with my aunt and uncle surrounded by family and their friends.

After several days of intense grieving, my sisters and I needed a break. I had my daughter and was eight months pregnant. Everything felt so intense – I had to pull my head out of the fog to spend time with my daughter and do “normal” things. I felt so guilty about needing that time to breathe.

The wake was attended by hundreds of people. The slideshow of her life was heartbreaking. My husband noted that she looked like a brunette version of our daughter when pictures of her as a toddler with my uncle flashed across the screen. He cried. Picturing the loss of your own child is so intense it breaks you down.

The following Monday was the funeral and it felt like a living nightmare. It’s very unnatural to see someone so young in a coffin. I had nothing to wear because I had not planned to own any funeral appropriate clothes for 20-degree weather while eight months pregnant. I wore a weathered, black sweater from my dad and maternity leggings. Several people came up to me and pointed out that I must be her cousin because we look so much alike. It was a terrible day.

Standing at the freezing grave site, I started having contractions. No, please no, not today. When the contractions got more frequent and at a regular interval, we left my daughter with my family and headed to my doctor’s office. I saw my doctor down the hall and said, “I cannot have a baby today. This cannot be the day.” He said he knew, but they were just going to check. He said I was having false labor due to extreme stress and probably dehydration. That felt like a completely accurate diagnosis. 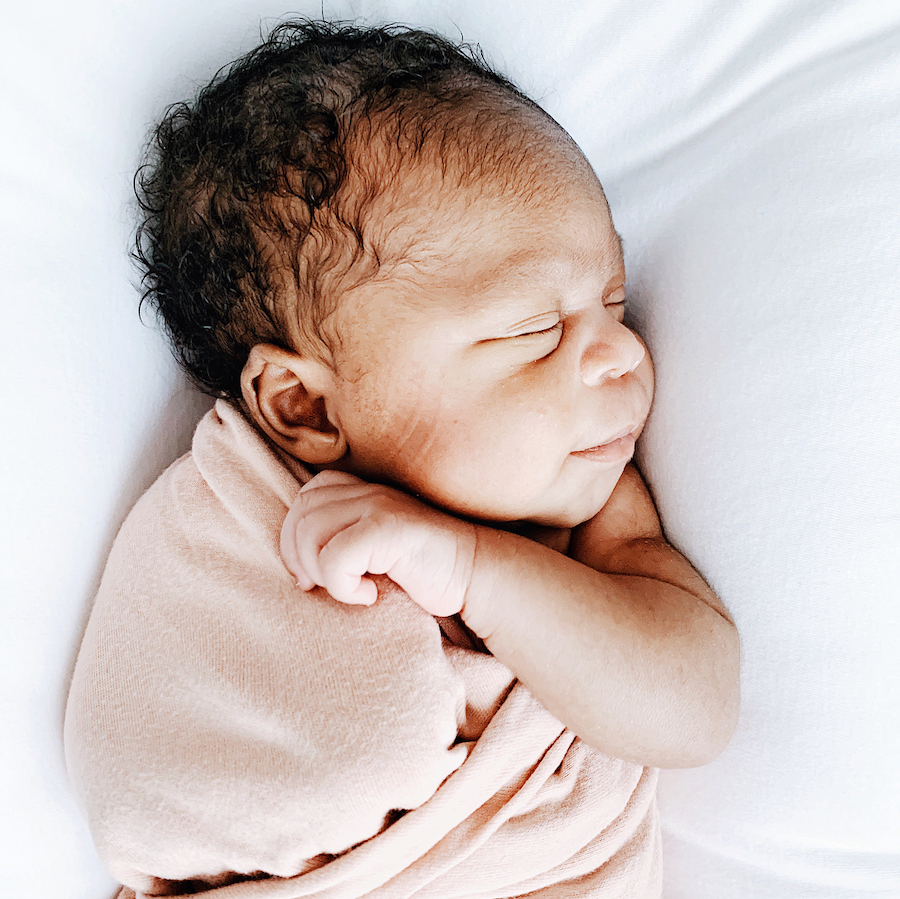 My son was born on December 22, three days before his due date. It was a much easier labor than my first, and I actually felt physically great afterward. I went home the next day and started our life as a family of four. I showed up to my parents’ house Christmas Eve to show everyone the baby – I was so happy to have a healthy baby, but I felt so guilty looking at my aunt and uncle. They were so thrilled to meet him. But, I know their hearts were and will forever be broken.

After a couple of months, I would often look at my son and think, “Did all that stress and sadness somehow change you?” The logical answer is no (he’s the smiliest baby, it’s ridiculous). But I can’t help but wonder how my emotional stress impacted him.

Family tragedy around the birth of a child is not unique to me. Two months before my sister was born, my mom’s brother committed suicide. She’s told us she often wondered if she smiled enough at her new baby in those early days because she was so sad.

I’ve felt the same at times. I’m grateful that the night of my cousin’s murder, my daughter thought I was laughing with my head in my hands and not crying.

The biggest challenge about a family tragedy, or any earth-shattering event, is that immediately after, you’re surrounded by intense support, but that doesn’t last forever.

Weeks, months, and years go by, and people return to their lives. The never-ending grief sneaks up on you in intense ways that overwhelms your soul, but, at those times, fewer people are there to catch you when you crumble to your knees.

About six months after my cousin’s death, I was leaving for work, and my daughter was up in her bed and saying, “Mama, get me. Mama, get me.” I left for work thinking, “Gosh, why are you awake so early?”

On my way to the hospital where my dad and I both practice, I was listening to the radio, and they were discussing another shooting that had occurred the previous night. All of a sudden, I had the most intense wave of panic and fear. What if I was shot at work today? What if I didn’t get to kiss my babies one more time? Why didn’t I just go in there and say good morning? I started going over possible escape routes within the back halls of the hospital. Hospitals, like schools, are supposed to be safe places, right? Where was my dad working today? Could I get to him quickly? How would we escape? 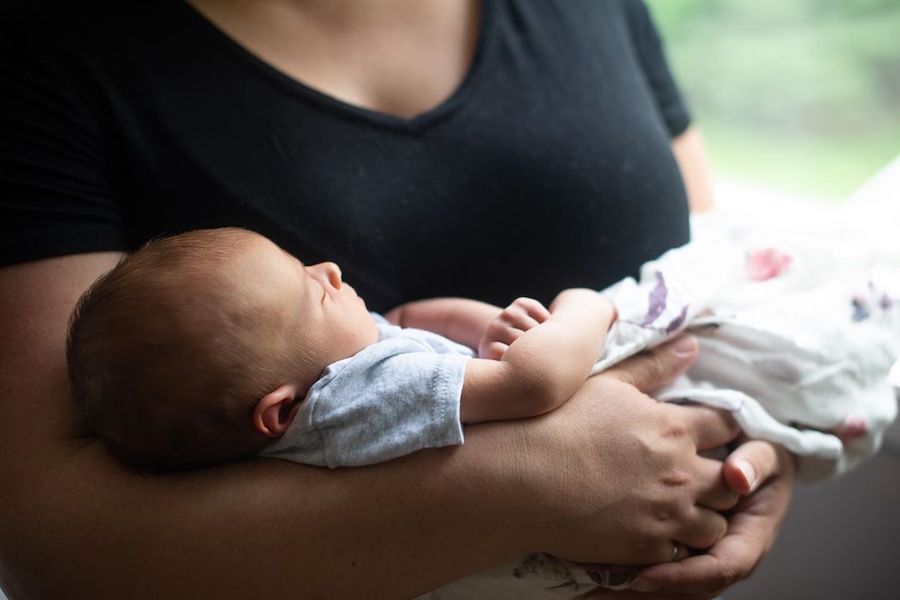 I parked in the lot and sat there crying. After a minute, I pulled myself together enough to go inside, change into my OR scrubs, and find my friend. She was setting up for her case, and I sat down, started crying, told her that I was having a panic attack, and asked if she would please just tell me about her new cute puppies. I know my sisters, who work in a hospital and a school, have had similar experiences that come out of nowhere and shake you to your core.

I told my husband about what had happened later that day. I was partially laughing because it just seemed so ridiculous when I thought about it. He was kind of taken aback and said: “Aud, you can’t live your life that way thinking something bad is always going to happen.”

He’s 100 percent correct; it’s a completely illogical way to function in life, but grief is illogical. And sneaky.

Every holiday that goes by is a reminder of what we’ve lost and what we are so fortunate to have. Nothing will ever be the same. I look at my babies and sometimes just cry happy tears that I get to hold them. I cannot imagine a life without them. In the most cliche sounding way, this whole experience has made me truly let go of a lot of little things that used to bother me as a parent. Don’t get me wrong, I’m still very type-A, but I genuinely don’t let as many things that won’t matter in the scheme of life eat at me for longer than they need to.

My house isn’t and probably never will be decorated. Who cares. I will never be that put together mom at drop-off. Oh well. My toddler daughter is driving me crazy. Aren’t they all?

What I’ve come to accept is that you don’t just get over things like a tragic, family loss.  You learn to get through them with the support of family, friends, and professional help. I’ve realized loss and grief isn’t something that you process and push past.

Instead, it’s like a passenger in the car of your life. Sometimes it rides shotgun, sometimes it’s tucked away neatly in the trunk, but it’s always in the car.

@theeverymom / #sharetheeverymom
Much like the leaves change, fall is the perfect t

Don't end up as the Hei Hei to your LO's Moana. Ch