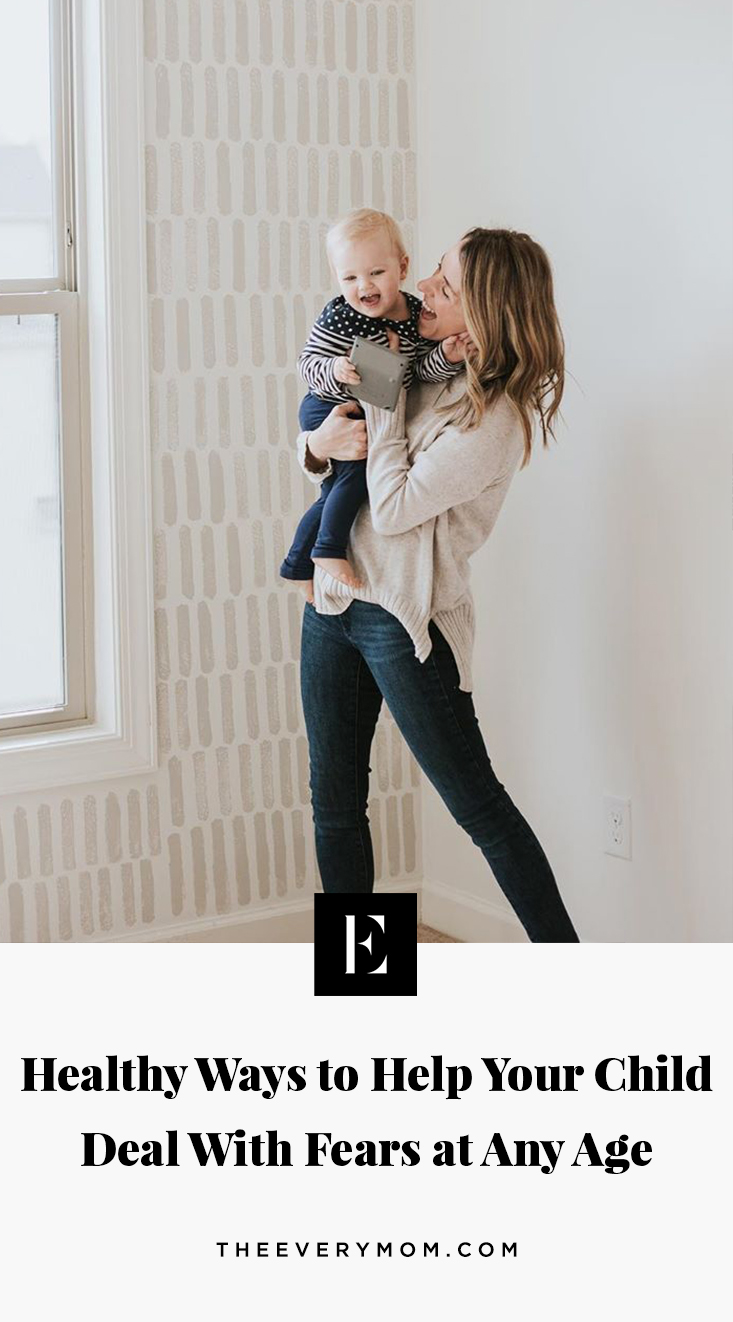 The other night I was reading my toddler one of his favorite bedtime stories, Jessica Olien’s When a Tiger Comes to Dinner. In it, a mouse learns to talk like a tiger, practicing until her tiny squeak becomes a giant ROARRRR!

We’d read the book countless times, and my son’s favorite page was always the one where the mouse finally perfects his loud roar. Until it wasn’t.

“Don’t say roar! Don’t make the loud noises!” he whimpered as we got to that page, burying his face in my chest.

Just like that, my formerly fearless child was suddenly afraid of everything. He cried during thunderstorms. He covered his ears and cowered when he heard a police siren in the distance, worried it would come down our street. He insisted we leave his bedroom lamp on a night (in addition to his nightlight).

I worried about this abrupt change until my pediatrician assured me that fears (which often come on suddenly) are a natural part of how kids learn to understand their environment. Every stage of child development is accompanied by some form of anxiety; whether it’s your baby crying at the noise the vacuum makes or your preschooler worried about going down the drain at bathtime. In addition, it’s important to remember that what worked to help your child deal with those anxieties at one age may not be effective at the next stage of development.

As parents, how we approach helping our children deal with their fears needs to adjust as they grow.

In Dr. Ari Brown’s book, Baby 411, he explains that babies are born with immature nervous systems, which means they can’t interpret or handle certain sensory input. Loud noises, especially, are hard for them to process and often trigger fear—think blenders, coffee grinders, and hair dryers.

As their nervous system matures and they’re better able to understand their surroundings, new fears crop up, like thinking that something is gone simply because they can’t see it anymore. “Object permanence” is the technical name for this concept, and their struggle to understand it is often what triggers separation anxiety. For example, if mom leaves the room, that must mean she’s gone forever. Cue meltdown.

For infants, the best way to soothe fears is calm words combined with comforting touch such as a hug or holding them close. Touch can trigger the release of the hormone oxytocin, which floods their brain with feelings of well-being and love and helps their nervous system relax.

There is no value in having an infant confront his or her fear. Usually, this only makes things worse, as they’re still learning to self-soothe and are mostly dependent on others to help them calm down. 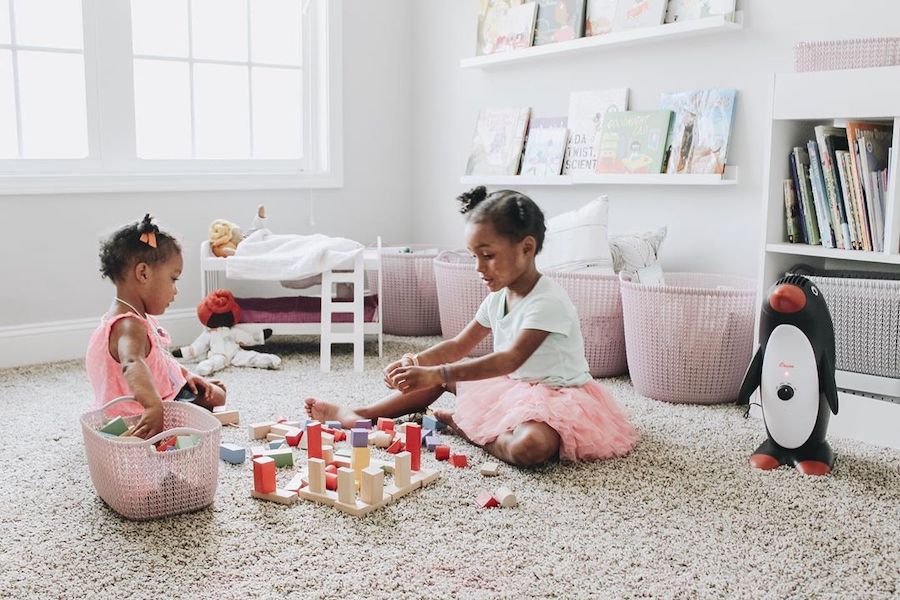 For toddlers and preschoolers

As babies become toddlers, they have a growing need for independence and control over their environment. For this reason, fear is often triggered by things they can’t control, like thunder, automatic hand dryers in public restrooms, or barking dogs. For older toddlers and preschoolers, this is also the age when imagination kicks in, which can be great for independent play but less fun at bedtime when your child is afraid of the monsters lurking in his closet.

For toddlers, some controlled contact with the object of their fear can be helpful. For example, getting a book from the library that teaches them what causes thunder and then recounting what you learned the next time you hear it. The key is to help them feel empowered with basic, truthful information.

For both toddlers and preschoolers, it’s also important to respect their feelings, even if their fear makes no sense to you. The worst thing a child can hear is “You shouldn’t be afraid of that” or “Don’t be silly.” They’ll be much more comforted to hear you express empathy and assure them that being afraid happens to everyone.

As children get older, they move on from being afraid of imaginary things to worrying about bad things that can happen in real life. They may discuss natural disasters at school and then worry about an earthquake or tornado hitting their own house. They may see a news story about a car accident and be concerned the same thing could happen to them or to a loved one.

At this age, kids are capable of logical thinking. They may be able to tell you where their fear originated and can engage in a conversation about fact versus fiction. Still, they’ll look to you for validation that there’s nothing abnormal about being afraid sometimes and assurance that everything will be OK.

It’s important to remember that while it’s normal for children to experience anxiety and fear, in some extreme cases they may need more support than you can provide as a parent. According to the Boston Children’s Hospital, if feelings of fear are so intense that they disrupt your child’s daily life and routine, you may be dealing with a phobia. Phobias go far beyond the ordinary fears of childhood and generally don’t improve with the strategies discussed here. If you’re concerned, it’s always best to consult your pediatrician.

Read More: My Child’s Picky Eating Was Affecting My Marriage—Here’s How We Addressed the Problem