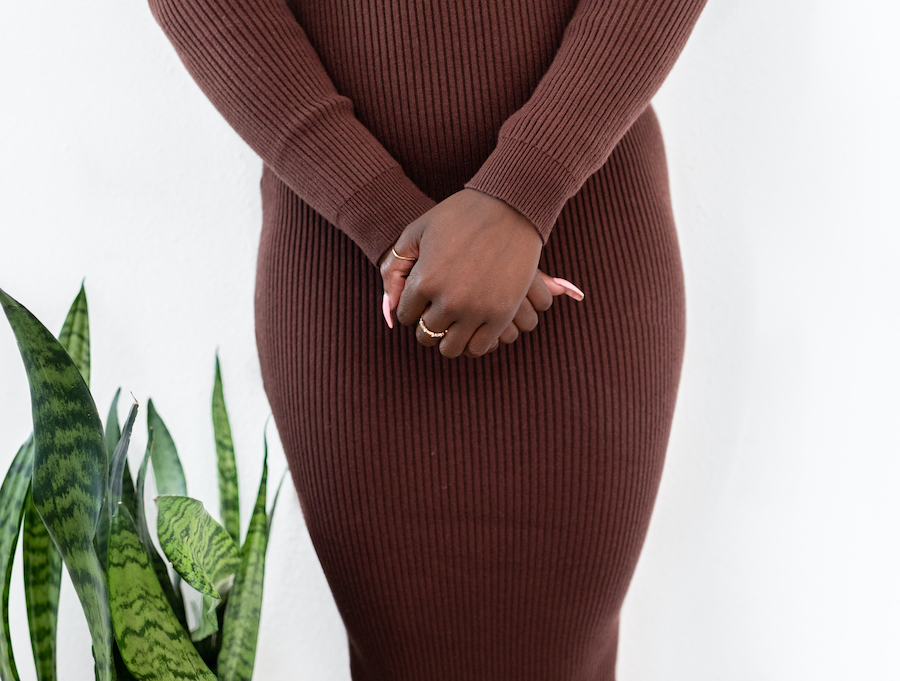 Trigger warning: In this article, the author openly discusses disordered eating and miscarriage.

If you have ever been a teenage girl in America, then chances are that you have struggled with your body image. I remember being proud to wear slim fits at 10 years old and also remember feeling panicked when I grew out of them. I had no idea why, but I felt like I was disappointing myself.

Over the years, my relationship with my body has been complicated. It was not healthy in high school and college. I did a host of things to damage my body: dabbling in hard drugs, kissing guys who treated me horribly, and struggling with bulimia.

But something changed for me right around the time I entered grad school. Whether it was maturity or a combination of other things, for the first time, I felt good in my skin. I had made a decision that I didn’t want to date men that were bad for me anymore; no more guessing what happened when they blew me off for drinks and no more keeping my mouth shut when they said borderline racist things. I was finally choosing myself.

For the first time, I felt good in my skin.

I met my husband soon after, and dating him opened me up for the first time in my life. I hate to say this because it makes it sound like my husband “fixed” me, but I mean that I stopped being in survival mode. I finally gave myself permission to see myself as beautiful, sexy, intelligent, funny, everything I’d ever wanted. It was shocking. Like meeting a friend for the first time as an adult and wishing you’d known them your whole life. I gained 30 pounds and still didn’t hate myself. This was new, this felt good. 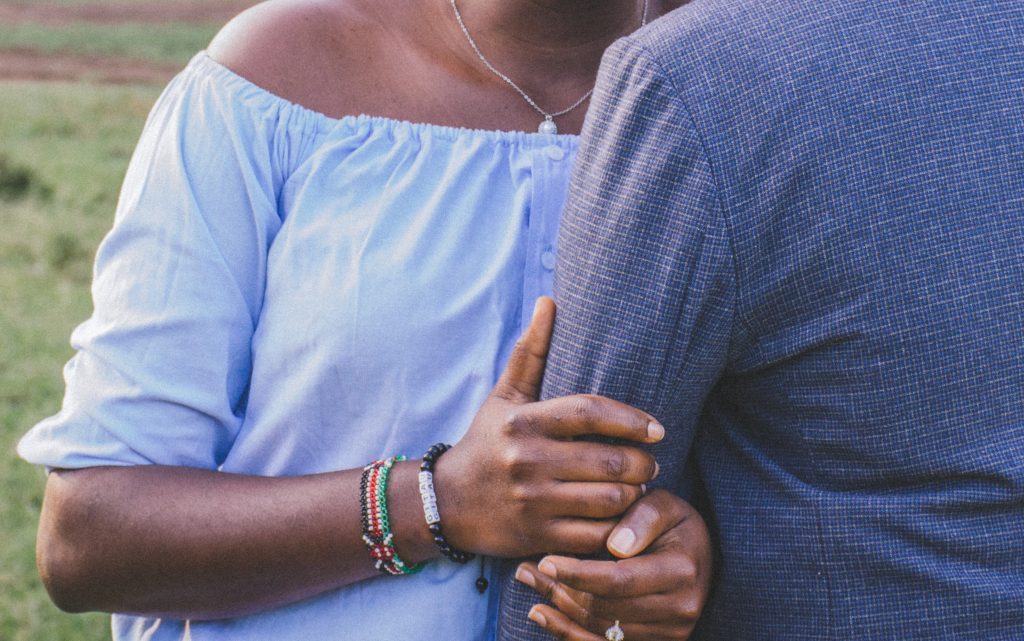 By the time I got pregnant, I had found a truce with my body. I wasn’t worrying about the scale anymore, I was worrying about what felt good in my body.

When I became pregnant, I was in awe of what my body was doing, and I just wanted to feel good. Then the nausea hit. All of a sudden it was rare if I made it to breakfast without throwing up. Morning sickness made me see my body as a machine that was short-circuiting and I needed to make sure it could complete at least one total circuit.

I learned a few tricks over a few weeks. Keeping crackers next to my bed for first thing in the morning. Making sure to nibble something every hour. I was frustrated with my body, but not in the way I used to be. My body felt like that annoying little brother who you have to drag along to hang out with your friends. If it’s what it takes to get to have some fun, so be it.

Once we were given the prognosis, I immediately wanted sushi. Bring on the sashimi! Bring on the mercury! If I was going to lose the baby, at least I would eat what I’d been denying myself. And if I was going to have sushi, I should wash it down with some ice cream? And maybe some Twizzlers to top it all off? If I was going down the candy hole, then probably some dark chocolate peanut butter cups as well. No need to hold back now.

I don’t remember many details about what happened in the month after the discovery of the loss and the dilation and curettage. But I do know exactly what I ate to stave off the disappointment of losing a baby. I was trying to honor “do what feels good,” but my brain had pushed that into danger zone. I was trying to punish my body for failing me. I wasn’t feeling good after all the binging. I was feeling like a teenager again, out of control.

I threw myself back into work. For me, that meant being on a film set for 14 hour days while also shopping and prepping in my off-hours. Which leads to a lot of circling the craft table for snacks, often candy and junk food. I couldn’t stop myself. I was also bleeding for a few weeks straight, so by pretending it was a prolonged period, I could tell myself that I was owed that Red Vine or the caffeine from the chocolate was keeping me going. Anything to stop from the refrain going through my head: It’s your fault this happened. 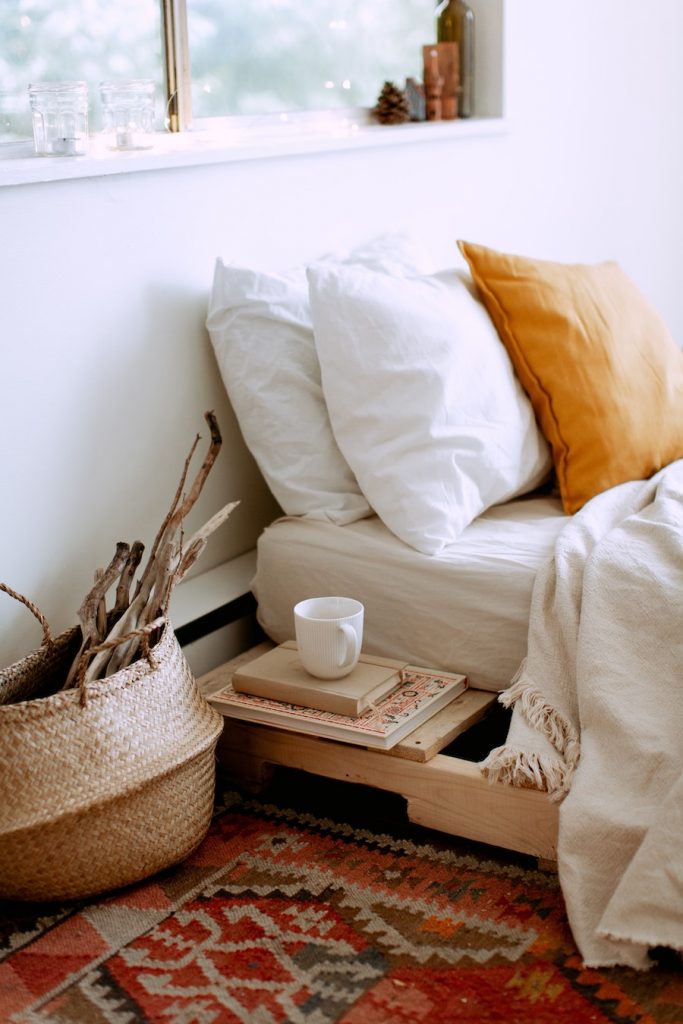 After I was done with that film, I slept for three days straight. I was tired from constantly being on my feet while I was supposed to be recovering from what I later found out is considered a surgery. It hadn’t even occurred to me to stop and grieve my miscarriage. I never had the baby, it never got bigger than a dot on the screen. How can you grieve for something that never was?

It hadn’t even occurred to me to stop and grieve my miscarriage. I never had the baby, it never got bigger than a dot on the screen. How can you grieve for something that never was?

Besides, I thought of my body as a failure. This thing that so many people can do, my body was incapable of. It had already taken a long-ish time to get pregnant in the first place, and once I got there, my body gave out. This love I had spent a long time cultivating for my body was gone. I couldn’t find anything worth celebrating about it anymore.

The odd thing was that my body remembered that I had once loved it. It was trying to get my attention, reminding me that I didn’t like feeling this creaky, this slow, this murky. I felt better when I was eating more vegetables than candy, when I was moving around more than sitting still. Once that thought popped into my brain, I quickly shoved it aside.

… my body remembered that I had once loved it.

But it never left, it just stayed on mute. Whenever it felt safe, that voice would pop back out to me, “Hey! You used to be a dancer, you used to like cut-up fruits and vegetables, you used to like to walk around the park. I think you still might!” It took a few months. It didn’t happen overnight. But because my body had learned to trust me once, though, it knew I could find my way back this time.

Now, a year and a half later, I am still in flux. Some days I get up and go for a run, some days I don’t leave my laptop for one second. Some days I eat a balanced meal, and other days I nuke a plate of tortilla chips with cheese. The big difference is that I know that my body is strong and capable.

Losing a baby isn’t a sign of failure. Rather it’s a sign your body can contain a multitude of scars and still carry on. Our bodies are much like us; never just one thing at a time. And it’s good to remember that I do carry a life inside of me: mine.

If you are struggling with an eating disorder or with disordered thoughts or behaviors regarding food and eating, please seek help. Call the National Eating Disorders Association Helpline at 1-800-931-2237 for support, reach out to a qualified medical professional, or, for a 24-hour crisis line, text “NEDA” to 741741.