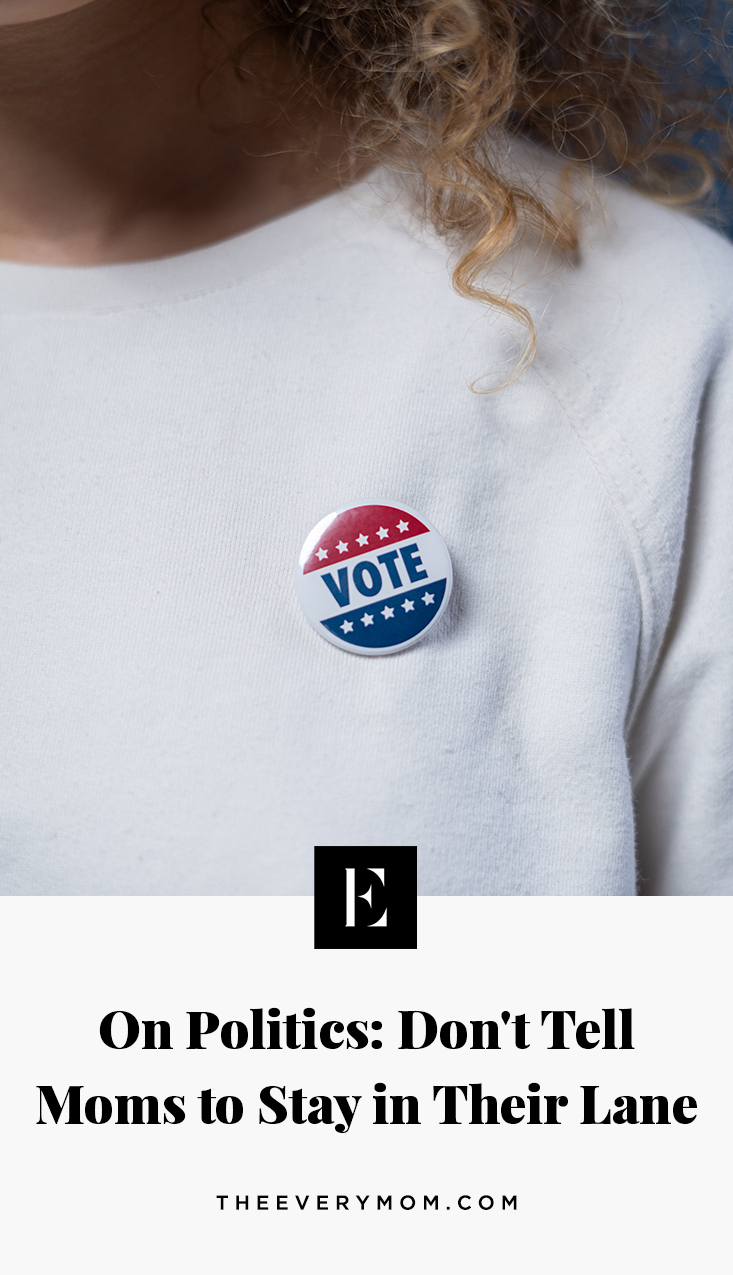 In 2020, our nation is quite literally on fire. Earlier this month, NPR reported that the California Department of Forestry and Fire Protection recorded 4 million acres lost to wildfires—double the number of any prior year on record. Our streets have erupted with protestors fighting for racial justice, COVID-19 numbers continue to climb across states, and the U.S. jobless rate remains heartbreakingly high.

In this social climate, in particular, it is impossible to separate our daily lives from the policies that govern them. Our identities—as women, mothers, and human beings—are political by nature. Which is why each time I come across a commenter on social media chiding a mother for discussing anything other than teething and picky eating, my WTF radar goes wild.

‘Stay in Your Lane’

When The Everygirl Media Group officially endorsed the Biden/Harris ticket, a few commenters trotted out the same tired phrases: “stay in your lane,” and “stick to mom stuff,” as if “mom stuff” wasn’t raising the future. As if “mom stuff” wasn’t fighting like hell so that our children have a planet to exist on.

When commenters shell out the phrase “stay in your lane,” the subtext is condescending at best. It says, “You’re not smart enough,” or “You don’t know what you’re talking about,” or “You don’t get to discuss important things.” It’s abrasive, careless, and reveals some unsightly truths about the values and privileges inherent in making such a demand in the first place. Not to mention the fact that, as far as these proverbial lanes go, motherhood and politics are many times one in the same.

As far as these proverbial lanes go, motherhood and politics are many times one in the same. 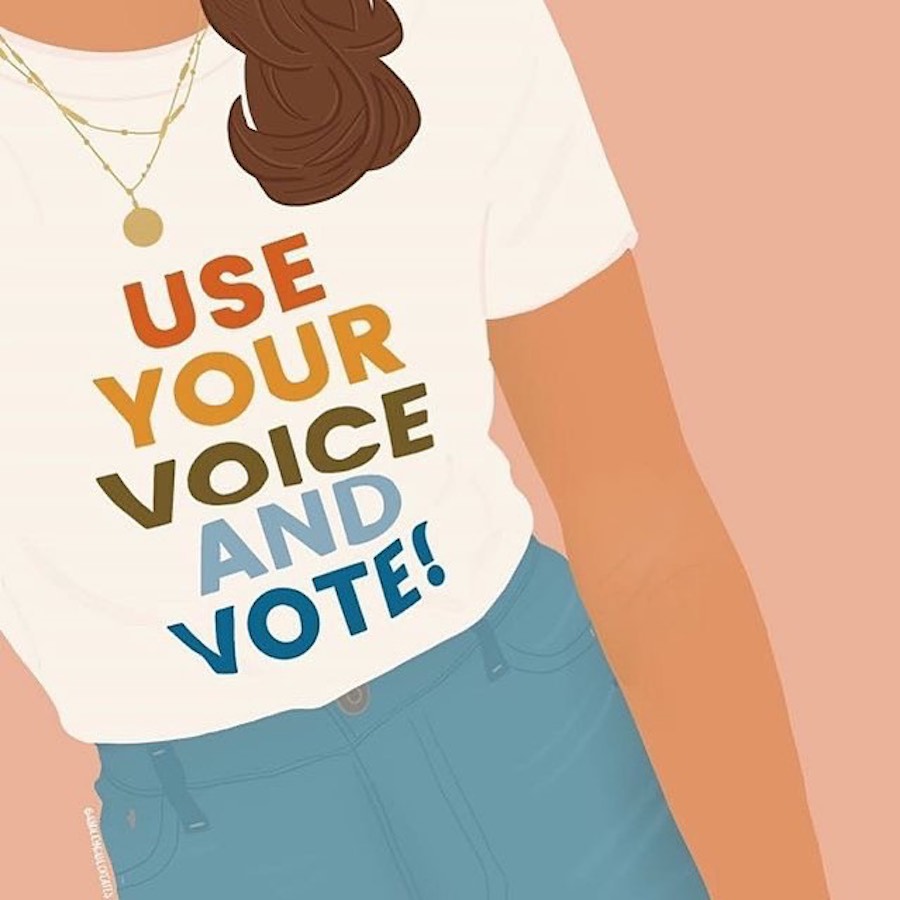 The Politics of Parenthood

Zero to Three—a national non-profit supporting infants, toddlers, and their families—recently held a Zoom panel to discuss policy issues affecting American families in the upcoming election. In this talk, MaryLou Beaver, the campaign director for Every Child Matters, cut to the core of a parent’s place in the political world.

“Children don’t have a voice in the policy decisions that affect them. They depend on the adults in their lives to speak for them to our policy-makers, and also at the ballot box,” she said, positioning political involvement as not just a civic duty, but also a parental one.

When we talk about “mom stuff,” we may think about baby gear and sleep training methods—but issues like childcare, healthcare, maternity leave, education, climate change, and now even COVID relief, impact families with young children every day. If this is “mom stuff” (and obviously it is), it’s no wonder women vote at higher rates than men—we can see exactly what’s at stake if we don’t.

We’re Invested in the Future

As parents, we have a personal investment in the future: we want to see our children grow up healthy and happy in a world rich with opportunities. But Myra Jones-Taylor, the chief policy officer at Zero to Three, argued that our responsibility extends far beyond our household. At the organization’s panel discussion, Jones-Taylor touched on the varied ways we let babies and young children down by not fighting for policies that would improve their daily lives.

Jones-Taylor argued that these failures are in part to blame for the grave disparities among Black, Latinx, and white children. “When we do this as a society, we are wasting incredible potential,” she said. “If we want a strong nation [and] a strong future—collectively—we must lift up babies, every single one …”

And who better to do that—to fight for the health, well-being, and future of our youngest citizens—than us? After all, that’s what “mom stuff” is all about.

Read More: Vote for the Future: Why This Election Is More Important for Parents Than Ever