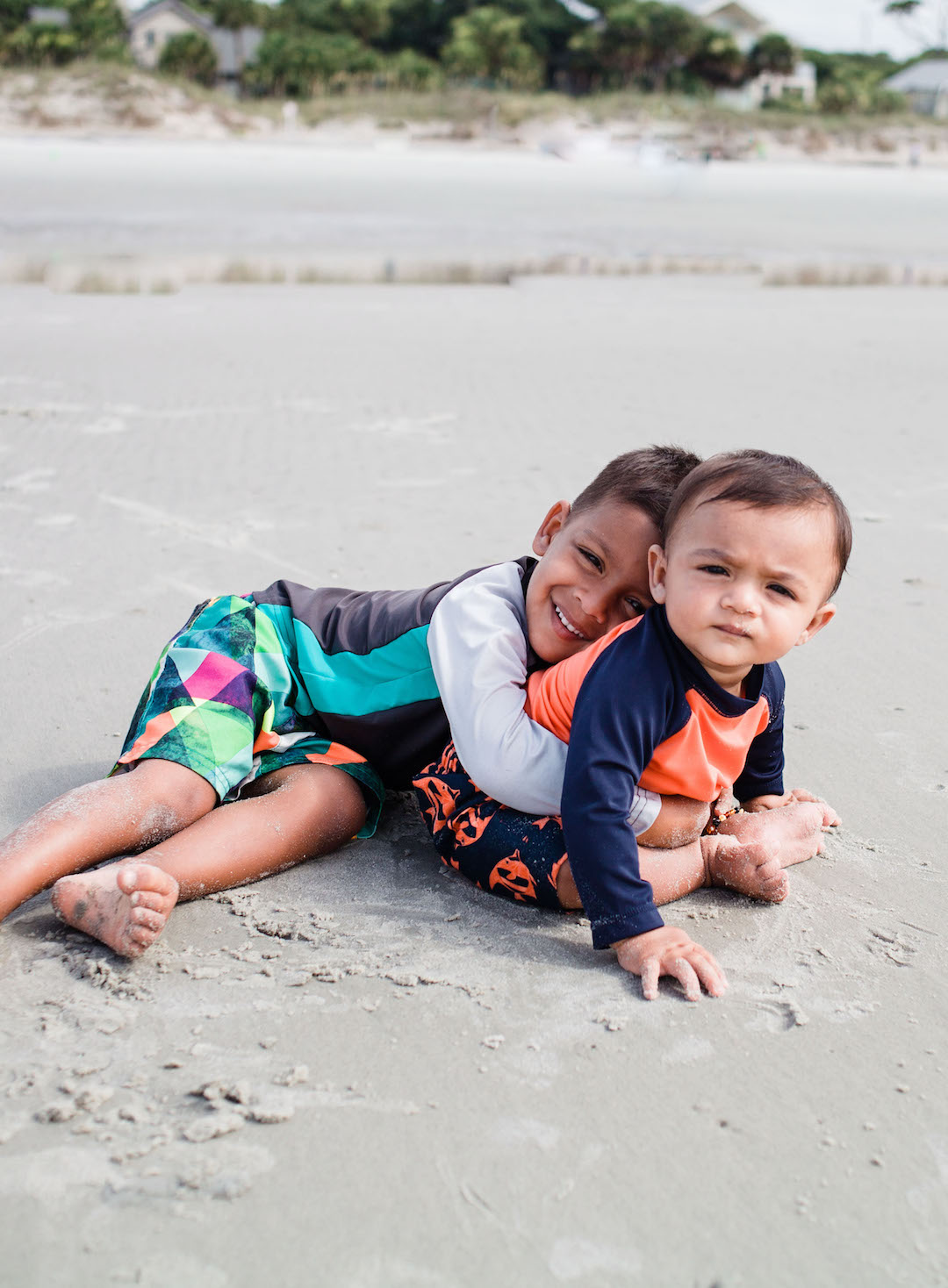 It’s been an emotionally draining and discouraging few weeks for many, many of us.

The most notable cloud looming above my head has to do with my own role as a mother to two young boys: how will I raise them to be better, stronger, more aware men who see women as they are, recognize their pain, and stand tall beside them in unity and support?

The answer is unclear. But, as we continue to feel the sordid effects of toxic masculinity and a long-established patriarchal society, I know where we can start.

We need to stop with “boys will be boys.”

What was once a seemingly nonchalant way to explain roughhousing on the playground has now become a damaging war cry of varied form and furor, which only serves one purpose – to free boys and men from all accountability for reckless and hurtful behavior.

We have focused our efforts lately to address the language we use when talking to our daughters (and rightly so) – we tell them that they’re strong and smart and capable in order to combat the constant rhetoric of “sweet girls, pretty like a princess” that society thrusts upon them. The problem is that the conversation surrounding young boys has been largely neglected, resulting in the propagation of the notion that “boys will be boys” – aggressive and unemotional and, ultimately, not responsible for their actions.

If the way that we talk to our girls shapes their identity and future, then the same is true for our boys.

It always starts out innocently. A little boy comes plowing through your child, knocking him over. His mother gives you an apologetic look and shrugs off, “boys, amiright?” as she scurries on after him. “Boys will be boys,” whether spoken or understood, not only pardons any sort of undesirable behavior but also dangerously categorizes that behavior as “typically male.” It suggests that boys are naturally aggressive and unapologetic. They’re not.

There can be a number of environmental (family influences, media messaging, cultural norms, emotional awareness) and individual factors (personality, mental health, special needs, body/brain chemistry, nutrition) that might affect behavior, and linking aggressive behaviors to a child’s sex fails to account for all of them. It creates an easy excuse to fall back on, causes adults and children alike to accept negative behaviors as “natural” or “biologically caused,” and gives young boys the idea that their behavior is not within their control. It reinforces the specific gender lines that our society creates and ignores the true spectrum of human behavior that is unique to each individual, regardless of sex. It also greatly underserves a child who could potentially benefit from a variety of other supports.

There have been countless instances where this exact phrase has been uttered by parents, teachers, principals, law enforcement officials, lawyers, judges, and the public at large in order to defend actions of violent and homophobic bullying, harassment, sexual assault, and rape. We’ve seen it year after year, and we continue to see it to this day.

There is no behavior that all boys or all girls do. Not one. Many studies show that the brains of boys and girls are not all that different. In fact, males and females are more alike than different from childhood to adulthood on all major psychological variables than society would have you believe. 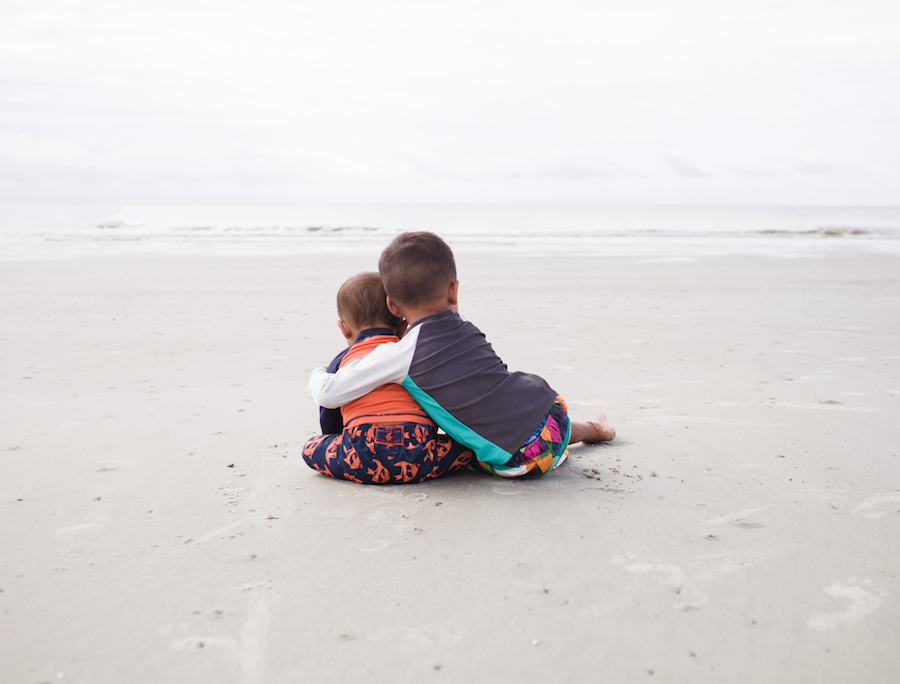 If our kids only listened to our intentional messages, parenting would likely be easier in large part. The truth is that our kids hear a lot more than just what we purposefully say, and our unintentional messages hold a lot of weight. They see our behaviors, our actions, the way we look at and talk about ourselves. They hear how we talk about them to other people. They pick up on not-so-subtle sexist messaging from TV commercials, storybooks, and the endless clothing aisles with t-shirts that say “Tough Like Daddy” and “Daddy’s Little Princess.” They see the toys we choose to fill their playrooms – whether it’s trucks and tools or kitchens and cookware. They hear us when we say “look at that beautiful girl” and “oh goodness, what a strong boy.”

They listen to us describe and excuse their behaviors as a function of their sex again and again.

Children are constantly learning, regardless of whether we mean to teach them. Then, they ultimately become the people we give them the opportunity to become.

If I’ve learned anything from my short stint in raising boys, it’s that they are complex and layered souls – equal parts sensitive and stoic, considerate and curious, resilient and rambunctious – just like their female counterparts.

My two boys, both of the same sex, both subject to the same parenting and environmental influences, are entirely distinct beings. One loves completion and connection in all things, including his favorites: sports and science and learning. One truly enjoys the process more than the product in his favorites: cooking and painting and reading. Both are learning, even now at ages 3 and 5, that their actions have consequences, their behavior can affect others, their words matter – and that they have control over all of it.

Boys are not jerks by nature. They’re not automatically predisposed to being disrespectful and rude because of their genetic makeup. They’re not born to hurt others because they’re male. Maybe they appreciate a higher level of physical activity, maybe they like to learn hands-on, maybe they play-wrestle more than any other humans (and some animals) I’ve ever known. But there’s no connection between those things and not being able to recognize the effects of their own harmful behavior.

We’ve all heard “boys will be boys” and all alternate versions of it, time and time again. Have we recognized its influence when it comes to behavior in future romantic relationships?

Bullying and teasing are commonly seen as flirtatious. Unwelcome persistence is understood as true devotion. Hostility and aggression are mistaken for confidence and held as attractive.

Toxic masculinity (and its friendly neighbor, patriarchy) rely on the idea that boys are incapable of expressing themselves through means other than aggression and anger. By perpetuating this notion, we fail to teach our children what safe and consensual relationships look like, right at the age when they are just starting to explore them.

When we say “boys will be boys,” we hand over a get-out-of-jail-free card for both intentional and unintentional harm. We excuse hurtful behavior by removing personal responsibility. We fail to hold our children accountable for their actions, and then we balk in shock and awe when others defend allegations of a sexual assault with, “Well, what boy hasn’t done that?“

I love my little boys too much for this misinformed ideology to persist. I respect them too much to devalue their entire existence with exceedingly low, socially-driven expectations for their behavior and actions. Our societal beliefs about masculinity teach our kids that masculinity depends on certain behaviors – that to “man up” and “be a man,” they have to be outwardly tough, not cry, and be aggressive and forceful and entitled in their supposed superiority. Otherwise, they will be ridiculed for being less than “a real man.”

Our children deserve better. It’s our job to work doggedly and swiftly in order to dismantle the systemic messages and social structures in place to promote toxic masculinity.

As mothers, we simultaneously carry the agony of all the women who came before us on our backs, while painstakingly cradling the hope of the future in our hands. We desperately urge our little ones to be good and do good, while silently willing them a life free of pain and heartache. We want more for them – a world that loves and accepts and respects. We fall, teary-eyed, to our knees at their bedsides after they’ve long gone to sleep, begging the universe to miraculously turn into a place that deserves the honest purity of their beautiful souls.

We have to do the work. It starts with this phrase.

Boys will be boys.

Boys and girls are SO different, right?

He just can’t help himself!

@theeverymom / #sharetheeverymom
We're not drooling, you are! One of our favorite f

This is *exactly* what I did today too!⁠ ⁠ Cre

By now, you may have heard of “hygge,” defined