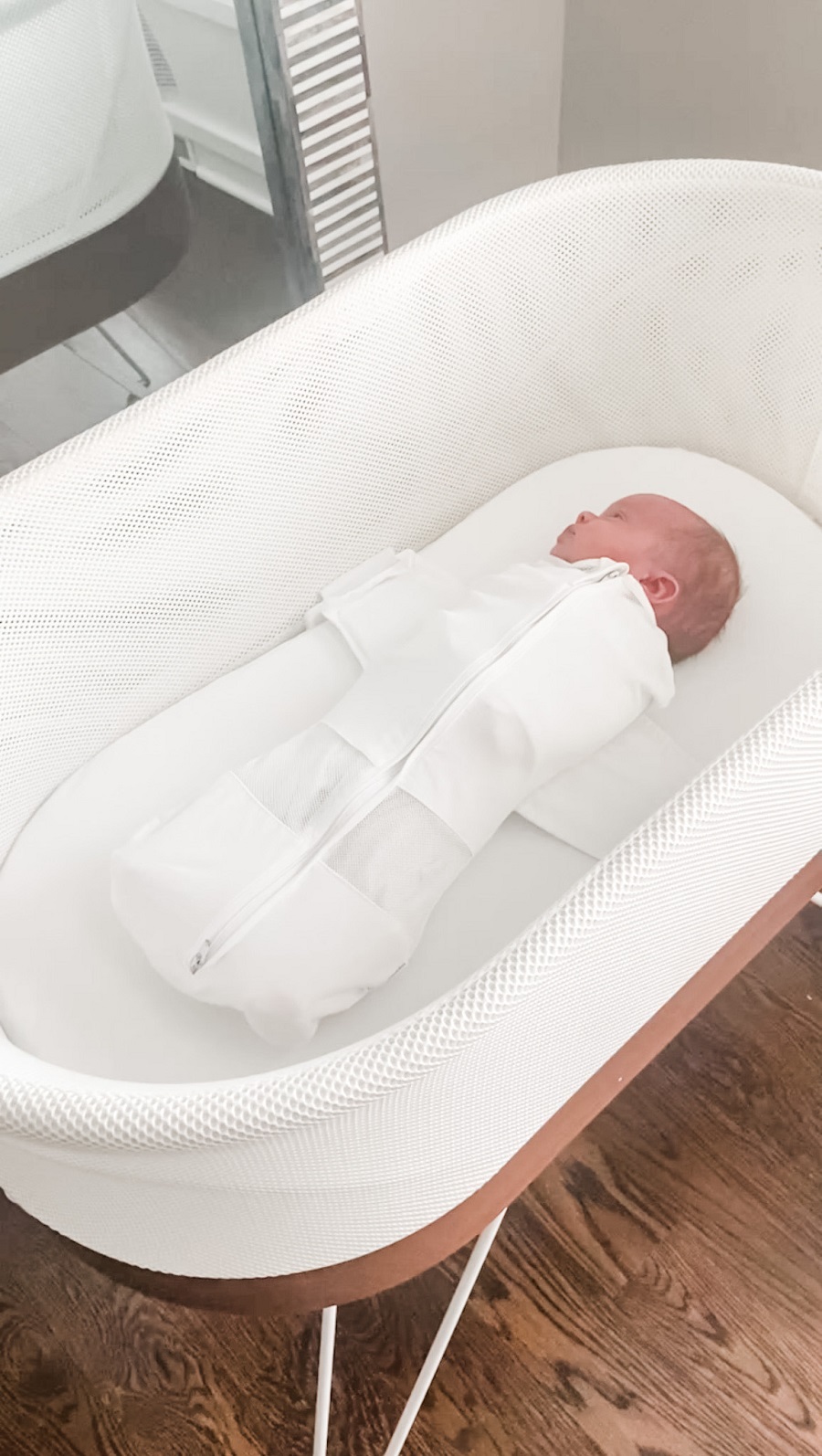 I had my first baby before I’d ever heard the word “SNOO.” Thanks to a mix of luck and genetics, he was a champion sleeper. When my second baby arrived, I scoffed at the idea of spending $1,500 on a glorified bassinet with a 6-month lifespan. But is the SNOO bassinet worth it? We made it just fine without it, sleeping in fits of two to three hours at a time in those early weeks.

Buying a SNOO for my third and final baby was laughable to me—until it wasn’t. After two weeks of the kind of soul-crushing sleep deprivation that left me beyond delirious and physically shaky, I would have sold one of my organs for more than 30 minutes of sleep at a time.

Suddenly, a $1,500 bassinet seemed, well, still not so reasonable but at least worth it.

The SNOO promises to give you an added one to two hours of sleep per night, and it delivered on that promise. My newborn went from waking up about every 10 to 30 minutes at night to sleeping in the two-to-three-hour range I was familiar with from my other kids.

With a built-in white noise machine to mimic the womb and three levels of gentle rocking motion that escalate with the baby’s fussiness, it is designed to help them learn to fall back asleep without your intervention. 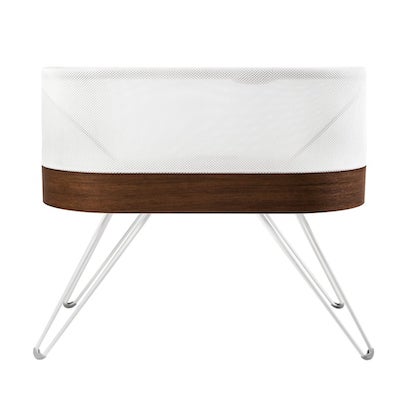 Did it work every time? Definitely not.

Did the constant movement of the baseline level help my newborn stay asleep longer? Absolutely.

The website says that “most SNOO babies sleep nine hours or more by 2 to 3 months.” That was not my experience. I’m sure it is for some people, but our average by 2 to 3 months was closer to five to seven hours. Still a great number in my opinion but also comparable to my two previous SNOO-less babies. So it’s hard to say if it was the SNOO or just the baby aging into a better sleep pattern.

I find overnight feedings to be a special bonding time, and I savor the moments when my arms are the ones that comfort his cries, so I gladly fed and snuggled my third and last baby. It was just a lot easier to do when I was running on a longer stretch of sleep at a time—which I was, thanks to the SNOO.

A post shared by Happiest Baby, makers of SNOO (@happiest_baby)

Does It Ever Not Work?

The 4-month sleep regression hit us hard, and there was nothing aside from my boob that soothed my baby.

The SNOO is designed to automatically respond to a baby’s fussing with different soothing sounds from the noise machine and an increasingly intense rocking motion as the baby gets more upset. There are several settings options for you to customize to your desire, like limiting the level of motion and volume of the noise machine.

In my experience, the constant rocking motion while my baby slept helped him stay asleep. If your baby won’t sleep anywhere but the car, I’d venture to guess that they’d sleep in the SNOO too.

But once my baby was awake after a couple hours of sleep, no level of robotic rocking and shushing would put him back to sleep. He wanted to eat. He wanted to cuddle. He wanted his mama, as babies do.

I find overnight feedings to be a special bonding time, and I savor the moments when my arms are the ones that comfort his cries, so I gladly fed and snuggled my third and last baby. It was just a lot easier to do when I was running on a longer stretch of sleep at a time—which I was, thanks to the SNOO. 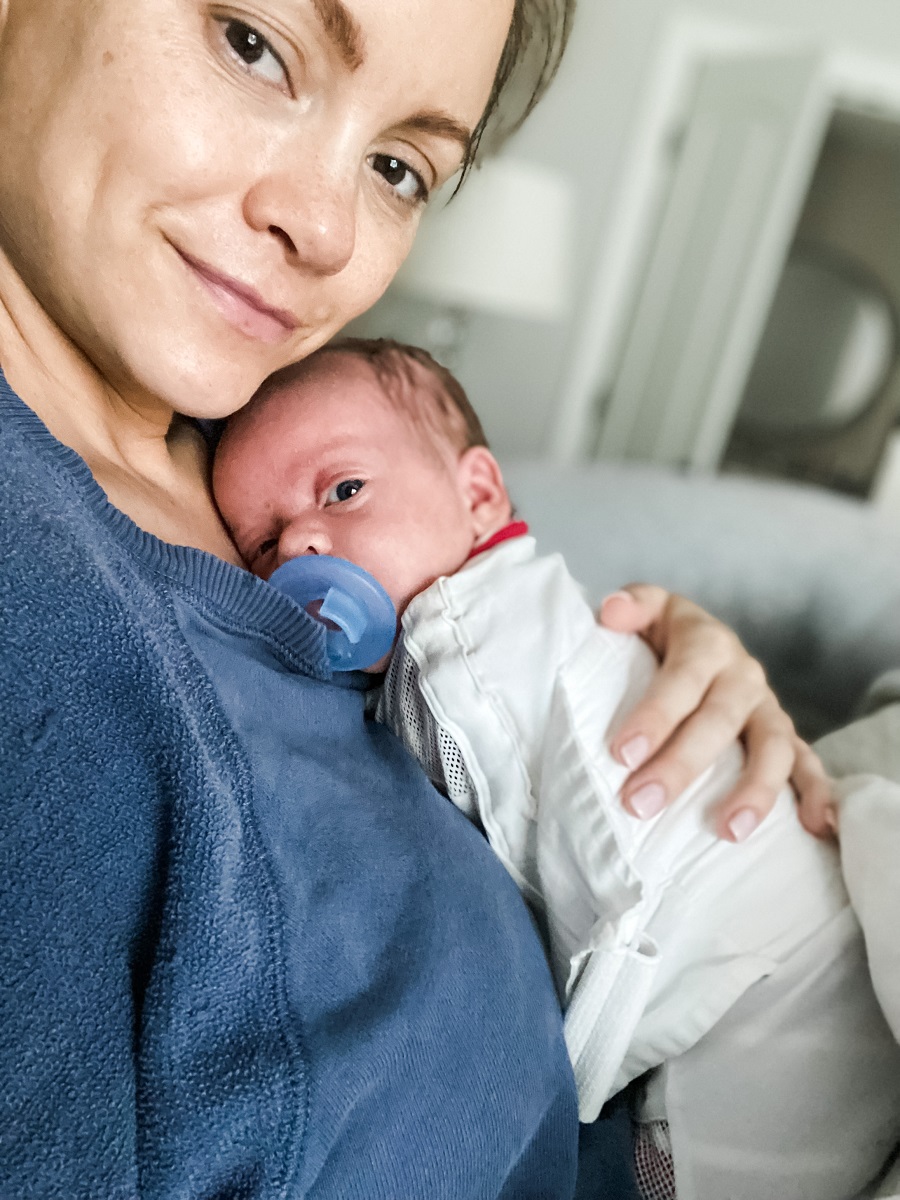 Is It Hard to Transition Out of It?

The SNOO has a weaning mode setting that stops the all-night rocking but keeps the white noise while the baby sleeps. Babies can stay in the SNOO for up to 6 months old, 25 pounds, or when they can get on their hands and knees—whichever comes first.

You have to use the SNOO swaddle, which hooks onto clips on each side to prevent rolling, or it won’t turn on. So according to the SNOO website, even if your baby can roll before 6 months, you can still use the SNOO.

I find that once my babies can roll to sleep on their stomach, they sleep much better anyway, so we made the transition then—which was before the 6-month mark.

When I knew he was getting close to rolling on his belly, I went ahead and switched to weaning mode. I was pleasantly surprised that my little guy continued to soundly sleep without the constant rocking.

Why Is It So Expensive?

Because it can be? Your guess is as good as mine. That said, there are ways you can save money or get the most bang for your buck. 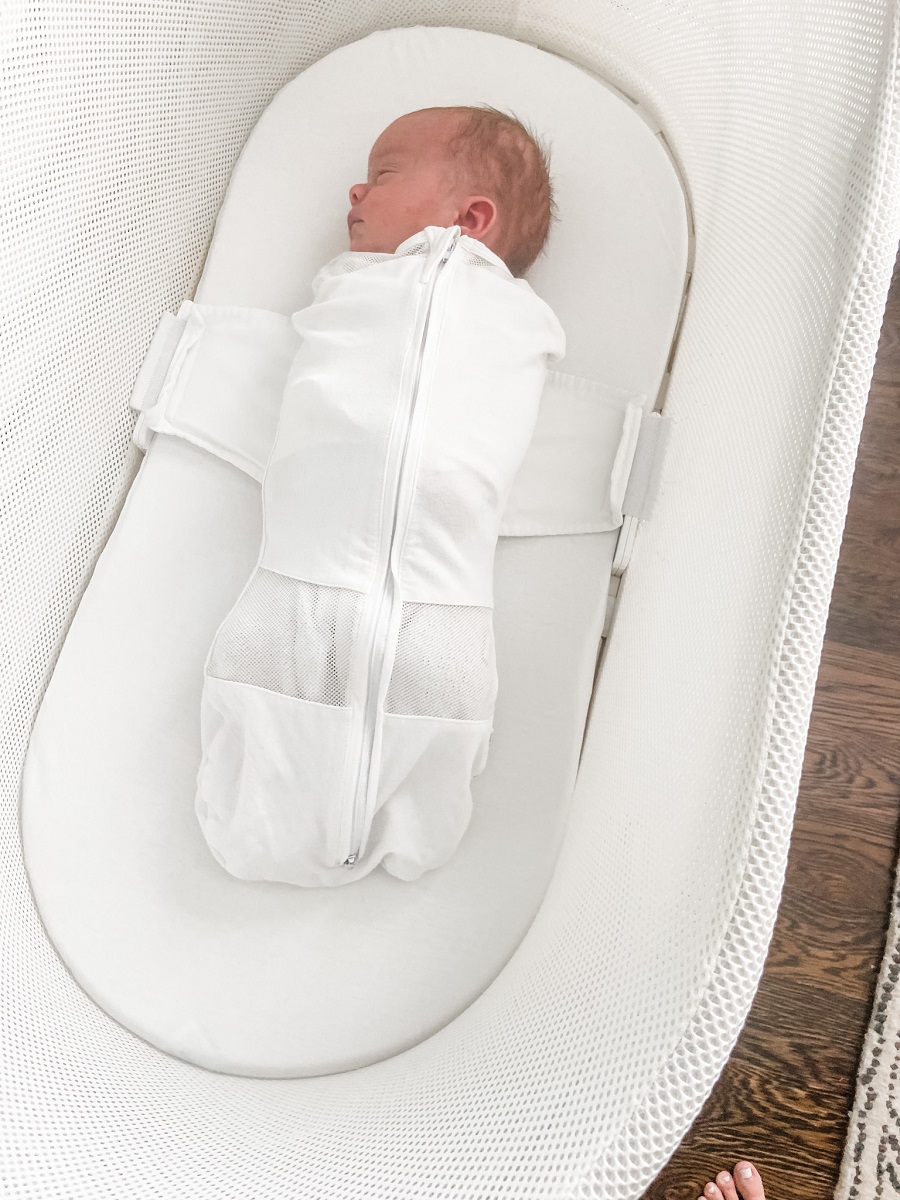 Is the SNOO Bassinet Worth It?

If you’re desperate, like I was, running on essentially zero sleep with (or without) other kids to care for at home, it’s a resounding yes from me.

But as with everything, it depends.

Everyone’s newborn experience is different, everyone’s babies are different, and everyone’s sleep needs and tolerance for lack of sleep for themselves differs.

If you’re already getting a decent (but still short) stretch of sleep in the newborn stage, I don’t know how much more the SNOO would actually add—they’re newborns, after all. They get hungry, they crave connection, and they’re learning to live in a world outside of someone’s body.

Maybe the SNOO would add a few more hours on top of an already decent two to three. If so, then I find the question to be more about what it’s worth to you.

If you can break even on it—or even just get some of your money back—by reselling it, it’s a no brainer for me. Why not?

And to all the sleep-deprived parents out there, I’m sending all my positive energy for a solid night of sleep for everyone—with or without the SNOO. 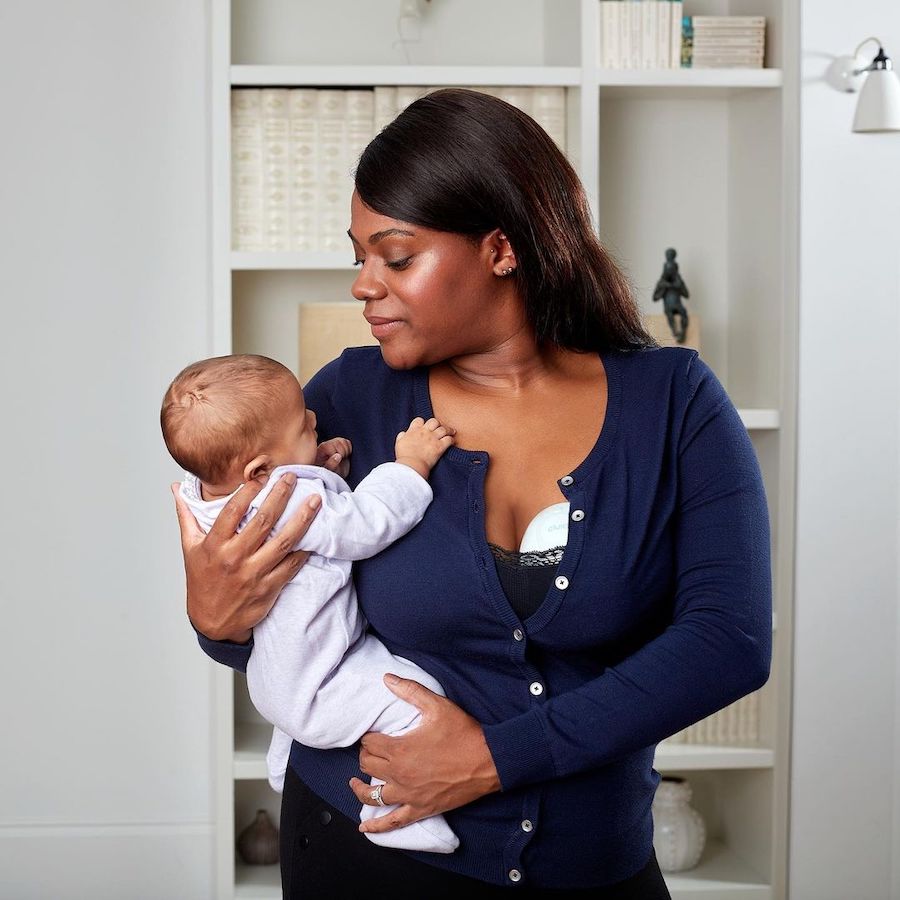 Is a Wearable Pump Worth the Cost? One Mom Shares Her Honest Review
CLICK HERE