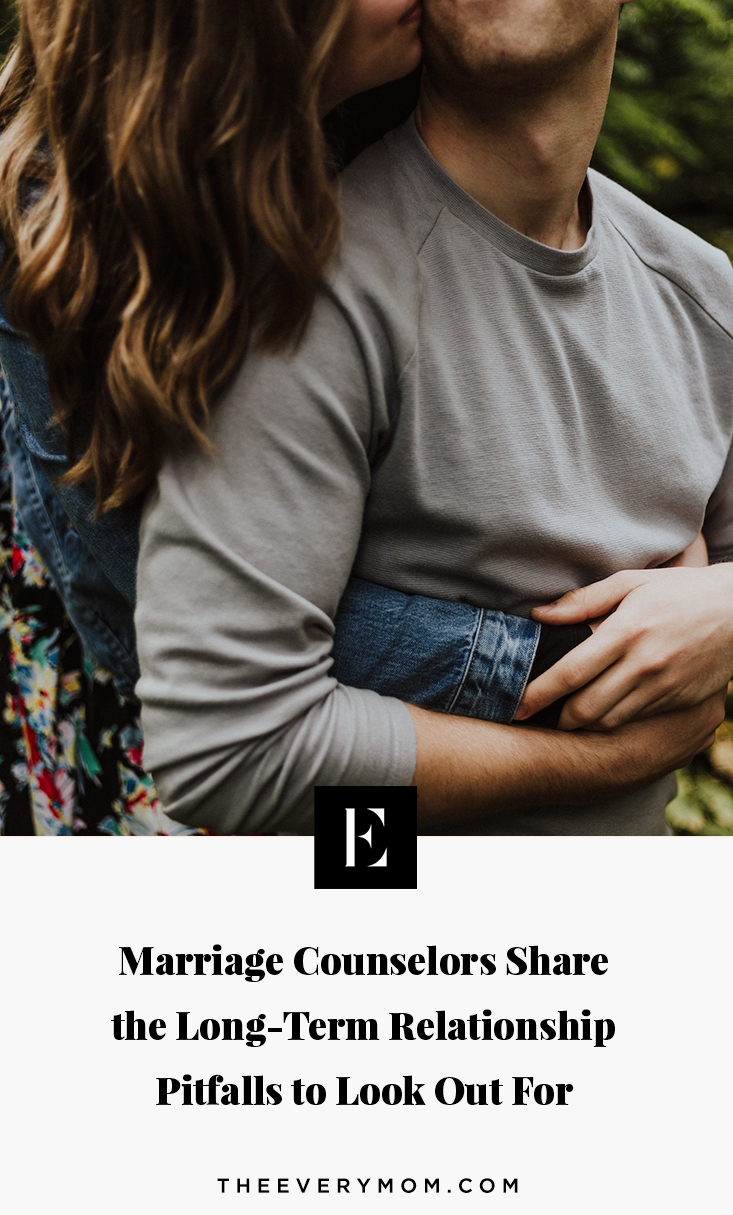 Wherever you land on the relationship spectrum — whether you’re all about commitment or prefer to fly solo — it can’t be denied that most people love love. The initial excitement, butterflies, and attention can make you feel like a million bucks. Still, so often after that preliminary novelty wears off and some time passes, certain long-term relationship pitfalls can start to kick in and the waters can get rough — if you don’t know how to navigate.

Though it might sound negative, making a relationship last for the long haul can be incredibly difficult. People naturally evolve and change and, unfortunately, sometimes, they aren’t able to do it together. That said, relationships are a choice and, while severing ties can be healthy in many instances, if you’re both in it to win it, playing for keeps can still be done.

“Marriage, and even the term relationship at some level is designed to protect and preserve coupleness (I make up words),” says psychologist Dr. Aaron Berger. “The problem with that preservation is that it can become more like pickling … Certainty is the end of a good relationship in most cases. Certainty leads to taking people for granted and that leads to increased friction and, ultimately, a break may occur.”

Dr. Berger says acknowledging and accepting change is important (even if it leads to the end of a relationship). It will help you appreciate your significant other more and see them as someone to continue to fight for.

According to Tina Konkin, relationship counselor and founder and director of counseling program Relationship Lifeline, the secret sauce to a healthy and long-lasting love is actually somewhat simple, but it requires each party to being fully accountable for their role. When it comes to conflict, couples often focus on how their significant other has wronged or hurt them. “The sooner people learn that the only thing they can change is themselves, the better off they’ll be,” says Konkin. “I like to examine what part my clients can each own, then go from there.”

Dr. Berger seconds that notion: “Without work from both sides it is almost impossible to fix [a relationship]. Getting couples to see the problem as something they both created, and not just making it about the other person, is one of the first aspects of relationship I attempt to change.”

As simple and trite as it might sound, knowing the little things that your partner responds to — touch, words of affirmation, quality time, thoughtful acts, etc. — is pretty crucial in keeping things healthy and happy over time.

One thing to note about “love languages” is that the language you most respond to is also the vehicle in which you express your love. “My love language is acts of service,” says Konkin, “My [late] husband’s was physical touch. So, I used to show my love for him by organizing his sock drawer or cleaning out his closet, but he never noticed it. However if I scratched his back or held his hand, his bucket would be full. In the end, if you don’t know what the other person responds to, you give what you want.” In doing so, however, you slowly lose understanding of your partner, which can lead to a disconnect.

Attacking Each Other Instead of the Problem

“If you continuously attack each other, you’re slowly stripping your partner of their dignity,” says Konkin. “I always encourage couples to put their issues on the table and keep your focus on that. If you just throw a bandage on top of a dirty wound, it’s not going to heal correctly or fully. It’s when you pour the antiseptic solution on the wound that it’s purified and can heal well.”

For instance, lack of communication is a popular pitfall in long-term relationships. “I always hear clients says, ‘We don’t know how to communicate,’” says Konkin. “They’re only looking at surface. What they should be asking is, ‘What did we lose in the communication process?’ and ‘When did I stop feeling safe?’ It gets deeper and what they actually lost is safety.”

READ: How to Argue (in a Healthy Way)

At the end of the day, relationships — no matter how healthy or peaceful — are work. You have to be game to put your all in if your running toward the finish line.

This article originally appeared on The Zoe Report on September 14, 2018.