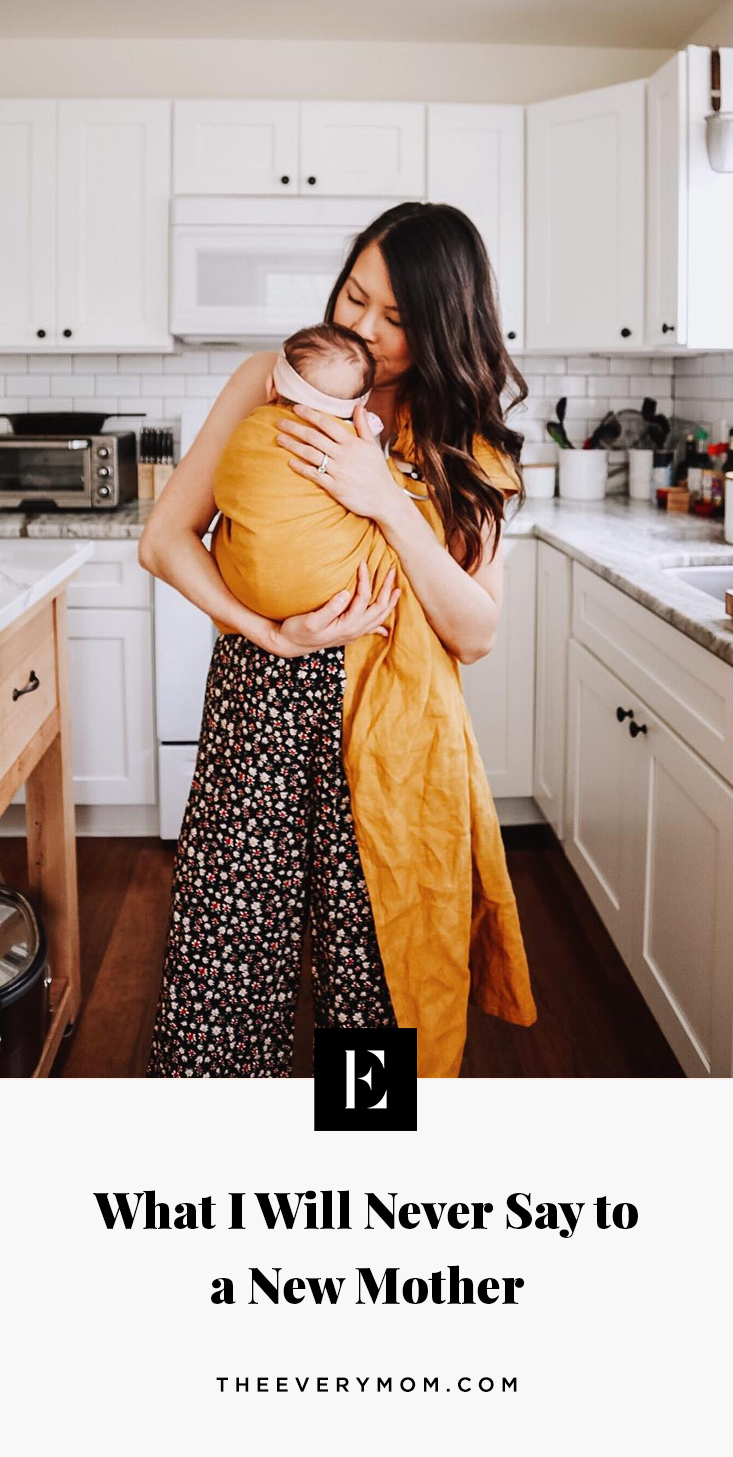 When I was in my third trimester, I met up with a friend who was 10 weeks postpartum and was already looking like her pre-baby self.

As the words tumbled out of my mouth, I could tell they weren’t having the desired effect. My friend’s face sort of crumpled, and she told me she just felt soft everywhere. At the time, I was huge, swollen, and envious of how quickly she seemed to have already “bounced back.”

A few weeks later, it was my turn to field similar comments about a week after having my baby.

“How much weight have you lost already?”

“I can’t even tell you were pregnant.”

“You’ll be back in your pre-baby clothes in no time.” 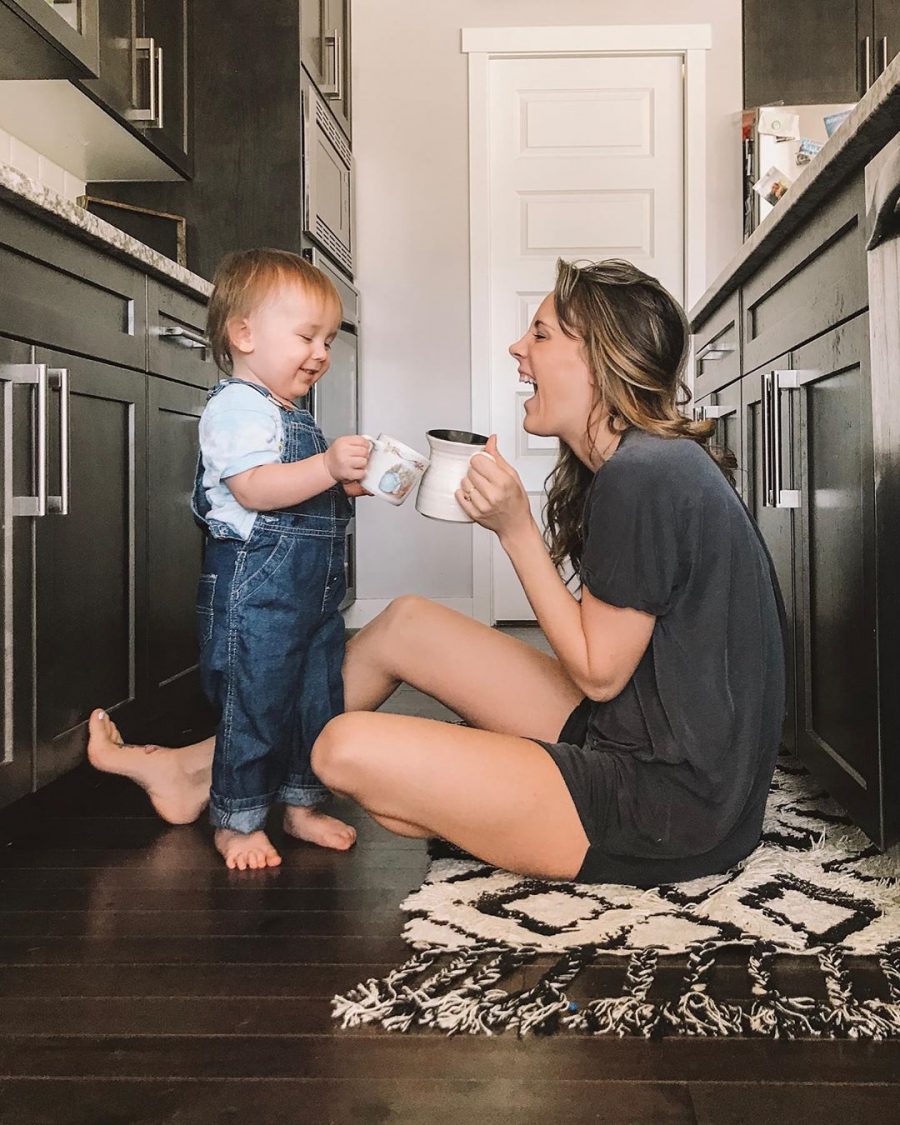 I know these statements were fully intended to make me feel good, but they just made me more self-conscious of my body, which was leaking, sore, and held together by a hospital-issued binder. It would be weeks before I would be anywhere near a gym, and I didn’t really want to think about my body — let alone talk about it.

When my little one was two weeks old, we ventured out for dinner at a restaurant. I remember staring at my closet – sick of maternity clothes, unable to fit into my pre-baby clothes, and in need of a top that would allow for breastfeeding. I threw something together involving layers, forgiving fabrics, and a drawstring waist (thank goodness athleisure in public is totally acceptable).

After dinner, we ran into an acquaintance I hadn’t seen in ages.

“Wow, you look great for two weeks post-baby,” he said as he casually looked me up and down.

Suddenly, I felt like my postpartum body was being evaluated by everyone in the conversation. I awkwardly responded that, for me, the weight just fell off from breastfeeding. And then, I was inadvertently having a conversation about breastfeeding with someone I hadn’t talked to in years.

Following this exchange and a few others like it, I began to think about how at no other point in my life have people commented on my appearance more than the first few weeks after having a baby. It was as if people almost felt obliged to reassure me that I didn’t still look pregnant. “Don’t worry, you will be skinny again soon!” is all I heard.

The worst part was I realized I had made similar comments to my postpartum friends on many occasions.

The worst part was I realized I had made similar comments to my postpartum friends on many occasions.

I know ranting about people complimenting me sounds backwards, but had I not just given birth, wouldn’t it be strange for people to be making these remarks? Why are our bodies fair game for comments — even well-intentioned comments — in the weeks when we feel most vulnerable?

Maybe it stems from the constant parade of celebrities and influencers who are praised for “bouncing back after baby!” The before and after shots just weeks after giving birth, clad in lingerie (thanks Hilaria Baldwin!), reinforcing the notion that all new mothers should immediately be concerned with getting our bodies “back” the minute we leave the hospital.

For me, having just carried around a nine-pounder, I wanted five minutes to wear sweatpants and not worry about my weight.

A few months ago, I ran into a friend — a mother of three. She immediately focused in on my baby, “Wow, look at that beautiful, healthy baby, what an amazing job you are doing.” 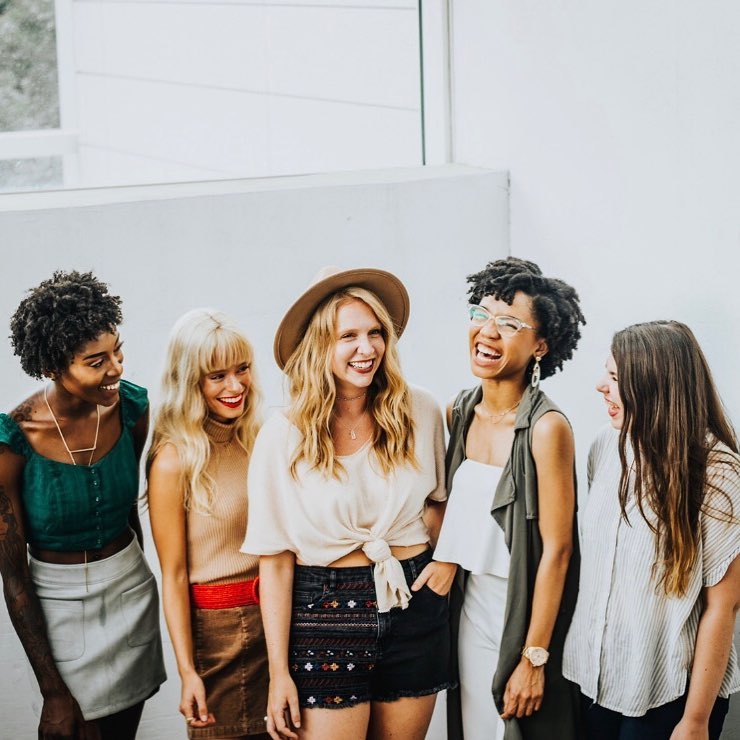 Boom. That is exactly what every new mom wants to hear, particularly in the first few weeks when your world revolves around this tiny human who depends on you for everything.

My little one is now seven months old, and I am just starting to carve out regular time for exercising. My gym ritual is more about having some “me time” to listen to podcasts and focus on fitness goals (like running a mile again), and less about losing weight. Sometimes I feel like the baby pouch is probably here to stay (high-rise jeans, I love you), and you know what? That’s okay.

In the meantime, I have also resolved not to comment on friend’s or stranger’s bodies post-baby, and instead, focus on what matters most in those crazy first postpartum weeks: the baby.

Things you can say to support a new mom that have nothing to do with her body:

“You made a tiny human, you are amazing!”

“Your baby looks so happy/content/peaceful etc.”

“Well done getting out of the house with a newborn.”

“You will sleep again, I promise.”

“Can I buy you a coffee?” (My personal favorite.)