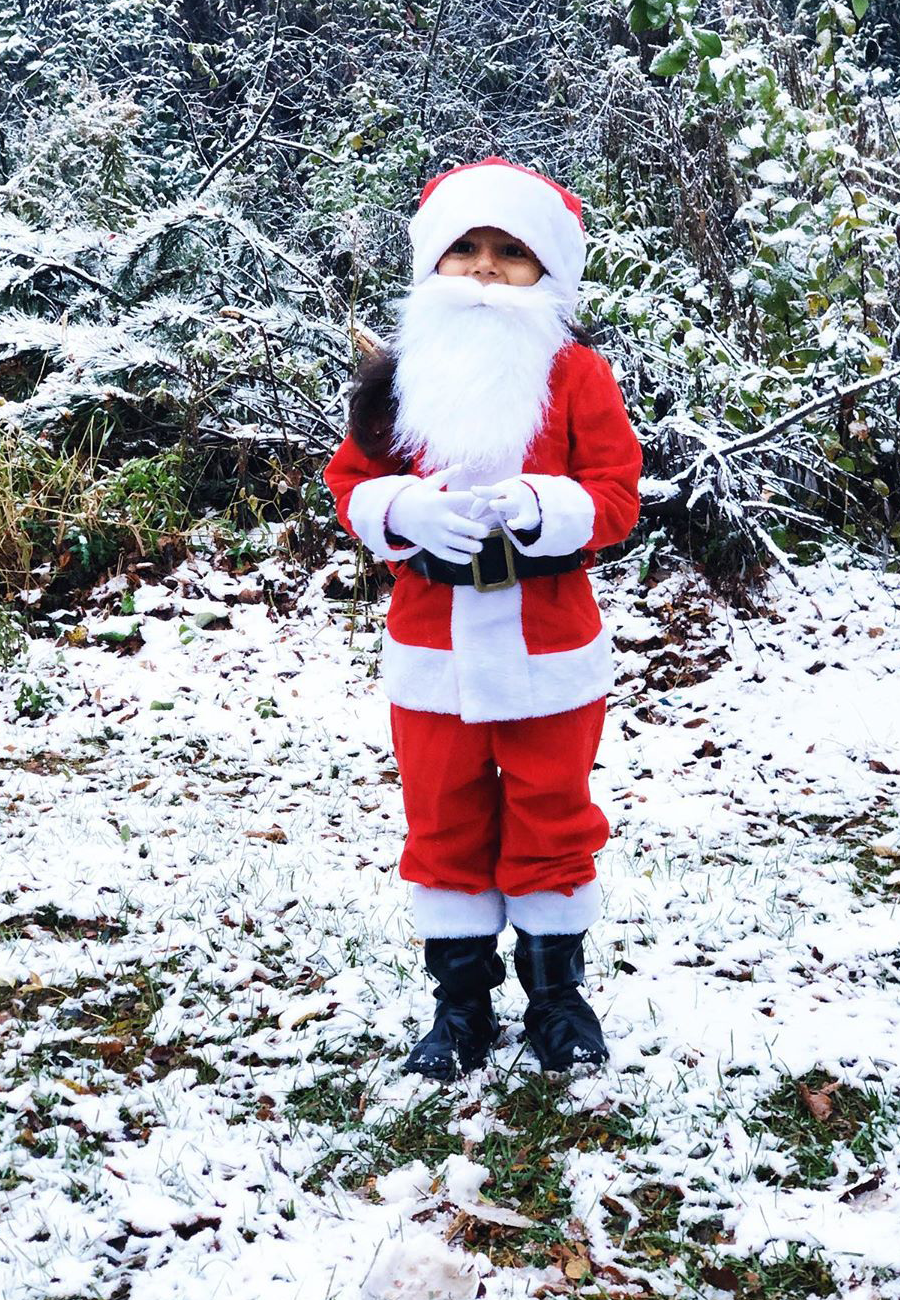 I was about 4 or 5 years old when I figured out the truth about Santa.

It was no one’s fault: I was an observant kid (still am) and quickly noticed that the handwriting on Santa’s gifts looked a lot like my mother’s. I remember not thinking much of it at the time, but looking back, I understand more how hard my newly-emigrated parents worked to envelope us in the tradition and culture of a country that was completely foreign to them. It felt like a big thing, and they were doing their best, so I pretended for years to still believe. Every Christmas season, I’d write a letter to Santa and help my younger sister bake cookies and set out milk (and carrots!) on Christmas Eve.

And you know what? Even though I didn’t vehemently believe, it was still fun. And even though my parents continued to tell us that Santa was real, years later, I don’t hold it against them in any regard—and certainly not in the way that many critics say that “lying” to your kids about Santa will contribute to larger issues of trust and communication in your parent/child relationship. In fact, as an adult and now a mother myself, I appreciate the lengths my parents, who quite literally knew nothing about Santa, went to in order to keep the idea of magic and fantasy alive for us for so long.

Every Christmas season, I’d write a letter to Santa and help my younger sister bake cookies and set out milk (and carrots!) on Christmas Eve. And you know what? Even though I didn’t vehemently believe, it was still fun.

As someone who later earned degrees in both psychology and early childhood education, though, I have to be honest: I did seriously consider not playing the Santa game with my kids. Like many parents, I wanted to do right by my kids, so I dove deep into this idea that believing in Santa could be potentially detrimental. My chronic overthinking and over-researching led me on a long, winding path of psychology studies, lots of conversations with like-minded friends, and many, many op-eds.

What I discovered is this: we had to do what felt right to us and aligned with our own personal values as parents. So, we are a family that believes in Santa. This is why.

The magic years are short

Children go through a developmental period when they’re young that academics refer to as the “magic years.” At this time, children are wholly submerged in the world around them, able to pretend and imagine with ease, and consider things like superheroes, wizards, monsters, animals, and fictional characters like Santa and the Tooth Fairy, as a part of their everyday lives. This phase usually ends between ages 7-9, on the latter end, though some kids snap out of it as early as age 4.

Kids have this incredible ability to pretend only for so long, as it’s just a matter of time before they become more aware of the suggestions of society and its tendency to choose reality over fantasy. My husband talks frequently of “the loss of innocence” in childhood, which decidedly aligns with the end of the magic years, so preserving that part of childhood is a priority for us as parents.

Kids have this incredible ability to pretend only for so long, as it’s just a matter of time before they become more aware of the suggestions of society and its tendency to choose reality over fantasy.

To be honest, diving back into the world of Santa and his magical reindeer has been really heartwarming as a mom. With our magic years so far behind us, we don’t often get to partake in the fantastical parts of holidays, and the holiday season seems just that much brighter through the glimmering, hopeful eyes of my two little boys.

We use guidelines that work for our family

There are parts of the Santa story, however, that we don’t subscribe to. Because we’re a family that strongly encourages emotions, mistakes, and self-reflection, it doesn’t work for us to use Santa as a bribe for good behavior. So, we shy away from the “naughty or nice” part of the philosophy and instead push appropriate behavior, consideration for others, and outward generosity because it’s the right thing to do, regardless of what you get or don’t get because of it.

There are parts of the Santa story, however, that we don’t subscribe to. Because we’re a family that strongly encourages emotions, mistakes, and self-reflection, it doesn’t work for us to use Santa as a bribe for good behavior.

We also want our kids to know that their parents work hard to provide all of the necessities and extras in their life, so we don’t rely on Santa to bring large and expensive gifts. My kids’ Santa letters are filled with tidbits of their year and how they’ve grown more as “helpers” in their family and community (they do this through prompts and encouragement from us to think back and reflect on different parts of their lives and actions). Then, they can ask for three small wishes for themselves, each other, and their community.

A couple of years ago, we started the tradition of leaving a toy sack of outgrown toys for Santa under the tree on Christmas Eve. Though we comb through the house for donations all year, this tradition helps to solidify the concept that Christmas (and Santa) is not all about getting, but giving and sharing too. 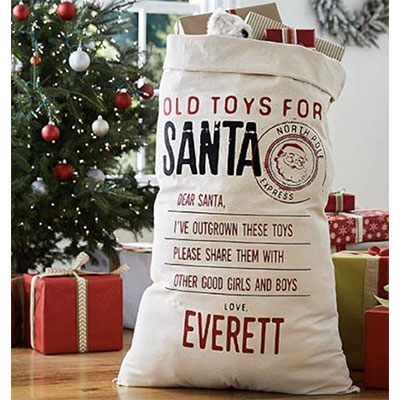 Have kids fill this XL personalized toy bag with gifts they'd like to "donate" to Santa for other kids and he can take them back to the North Pole.

Belief is a skill you can practice

One of the biggest critiques from Santa naysayers is that as parents, it’s irresponsible to tell your kids that Santa is real because that is a flat-out lie. Sure, it’s not likely that there exists an eternal jolly old elf in a cozy red suit who flies around the world in a sleigh led by nine flying reindeer, but who am I to say that it doesn’t exist at all?

What’s important to remember is that believing in something that we cannot see or prove is a real and necessary life skill. This is a skill that my kids will need as they grow to believe in themselves, their friends and loved ones, and their eventual partners and families. They’ll need this skill to believe in goodness and hope and to motivate them to continue on through rocky roads and uneven waters. They’ll need this ability to believe in order to grow kind, generous hearts and understand how to extend compassion and forgiveness. They’ll need it to believe in the invisible magic of the world—nature, creation, progression, growth—and consider how to nurture and protect all of these wonders.

What’s important to remember is that believing in something that we cannot see or prove is a real and necessary life skill.

Research in developmental psychology suggests that imagining the impossible exercises and builds strong cognitive reasoning and emotional development—it’s the kind of thinking that is at the root of all inventions and major scientific discoveries. So, when my kids ask if Santa is real (which they do), instead of saying “Yes, of course!” I ask them to consider their own feelings and beliefs. If they believe he is, then he is. My older son, who is 6 years old and nearing the end of the magic years, has told me he doesn’t think Santa is real, but he still wants to believe—so he does. Choosing to believe in something that goes against the rationale of your head is an admirable feat, and I’m so proud of him for it.

Of course, believing in Santa is not the only way to encourage this skill, but if Santa can help to exercise the belief muscle, then I am all for it. 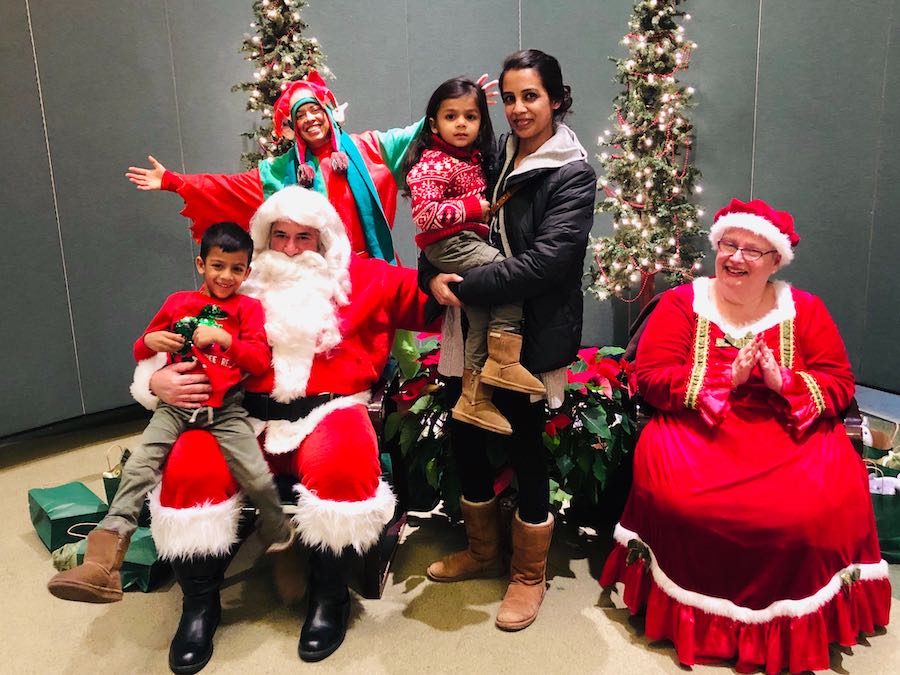 Many parents feel hesitant creating a Santa tradition in their families because they’re not sure of what they’ll say when it’s over—and for good reason. Some studies suggest that parents are actually more upset than children when the Santa bubble is popped. In general, finding out Santa is not real doesn’t result in any sort of trauma or deeply broken trust. In fact, it’s highly unlikely that one factor, certainly a fable rooted in joy and magic, can create irreparable damage to a parent-child relationship.

Many parents feel hesitant creating a Santa tradition in their families because they’re not sure of what they’ll say when it’s over—and for good reason.

What you say to your kids after they discover the truth about Santa is up to you and the values and priorities of your family. As for ours, I know some version of what I will tell my kids:

Santa is not one person, he is many people. During Christmastime, people all over the planet—parents and teachers, big brothers and sisters, community helpers and aunts and uncles—come together to create a special world just for kids that celebrates joy and goodness and hope. They tell stories of flying reindeer to see wonder radiate from kids’ faces. They carefully wrap presents to see their little ones’ eyes light up. They hush tiny voices at night to teach children how to believe in something you cannot touch or hold. Together, all of these people do the impossible: they keep magic alive for the tiniest generation because the world needs children who believe in impossible things in order to later have adults who create impossible change. So, Santa is not one person, he is all of us. And now, he is you too. 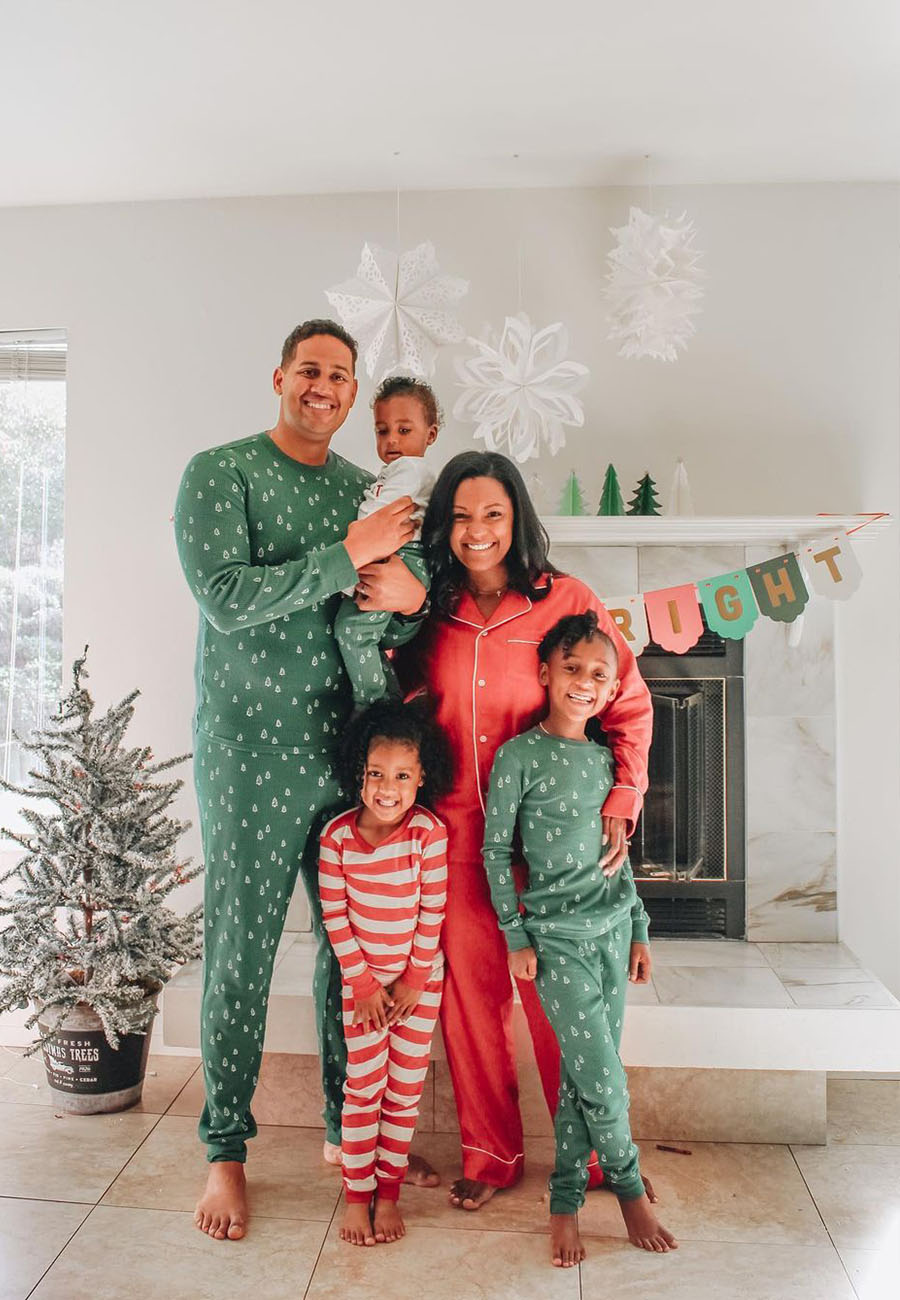