This was the moment.

After nine months of waiting and guessing, we were ready to find out if we would be bringing home another daughter or a son. The anticipation in the air was palpable, and the surgical team seemed as excited as us.

“Take a deep breath,” a nurse instructed me. In that chilly operating room, under those big bright lights, time stood still. I clutched my husband’s hand and stared over his face mask into his eyes. I sucked in all the air I could through my trembling lips, squeezed my eyes shut, and exhaled.

There was an enormous release of pressure, silence for a moment, then a hearty cry. “Should we tell you what it is?” the doctor joked from behind the blue curtain. “Yes!” we shouted in unison. 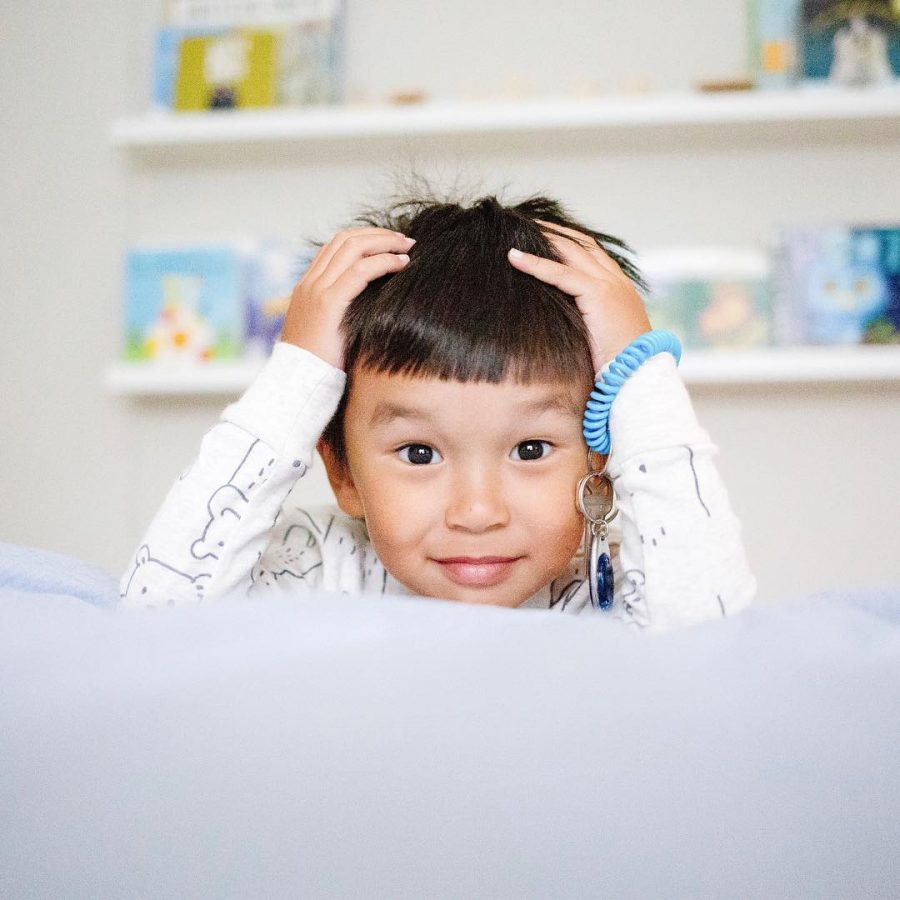 Elated laughter rose and tears fell. I couldn’t believe my ears! Of course, I knew there was a 50 percent chance of having a boy, but already having two girls made it hard to imagine myself with a son. When I was pregnant I always said “I won’t believe it’s a boy until I see it,” and there it was.

I was officially a boy mom.

A cocktail of hormones, anesthesia, and jumbled emotions swept over me. I felt relief, gratitude, and joy — but also some jitters. With two sweet girls, life up to that point had been all glitter and pink. The stereotypical girl world was all I knew, and I basked in all things cute and cuddly. Being quite feminine myself, it was easy for me to enjoy the bows, the tutus, and the darling little dresses. The tender emotions and the sweetness that accompany my girls’ girlhood fit perfectly into my comfort zone. The goal of putting strong, kind, and intelligent girls into the world was my life’s work. I had grown so confident in mothering them, so in that moment, I grew worried –  what about this new little one nestled on my chest?

Would parenting my son come as naturally to me as it had with my daughters?

Boy moms are so badass, and I have always admired them for their superhero status in the parenting world. The boy moms I know are warriors, and one of the best I’ve ever seen in action is my sister. I have two cute and mischievous nephews who have always been my window to the other side. One is my sister’s and one is my brother’s, and they’re a couple of ruffians. They’re cousins, best friends, and sometimes enemies. They wrestle, parkour over living room furniture, make fart noises, and compete in everything.

One night, when my youngest daughter was still just a crawler, my nephews had a sleepover at my sister’s house. My girls and I went over for a visit, and I sat on the sofa marveling at my sister as she expertly dealt with the little men. She swiftly fed their beast-like hunger. She valiantly broke up play-fights turned real. She cleverly bargained with them to clean up their toys. She snapped them to attention with a sharp tone and a pointed brow.

My parenting approach is less drill sergeant and more Kumbaya — would I be tough enough?

My nephews’ rooms were filled with things completely foreign to me: tiny cars, dinosaurs, army figures, and baseball cards. I picked up a grimacing action figure and frowned. “Just an ugly man-doll,” I thought. Honestly, I just didn’t get it. None of their stuff appealed to me at all. I know nothing about race cars, I don’t play video games, and I’m mostly a bandwagon sports fan.

What if my son didn’t think I was fun?

All of these anxieties came to peak in that short trip down the hall to recovery. This tiny baby would one day be a man. Would I be cool enough? Strong enough? The kind of mom he needed me to be?

We reached our room and I took another deep breath, collecting my thoughts. A nurse came in and handed my son back to me, clean and swaddled. I kissed his head and promised him that though I was new at this boy mom thing, I would do my very best.

As I passed our new little guy into his proud father’s hands, I remembered that my nephews, and all men, were far from one-dimensional. My post-op haze had glossed over a huge truth. My heart suddenly summoned to mind all I had briefly forgotten about my nephews’ boyhoods. Like the time my sister’s boy walked down to the florist’s shop at the end of their street to buy her a rose. Or when my brother’s son drew a picture, especially for me, of an abstract superhero defending a colorful crayon city. Or, when they both stayed over my place and crashed on the couch in their basketball shorts with their overgrown haircuts smushed into throw pillows. 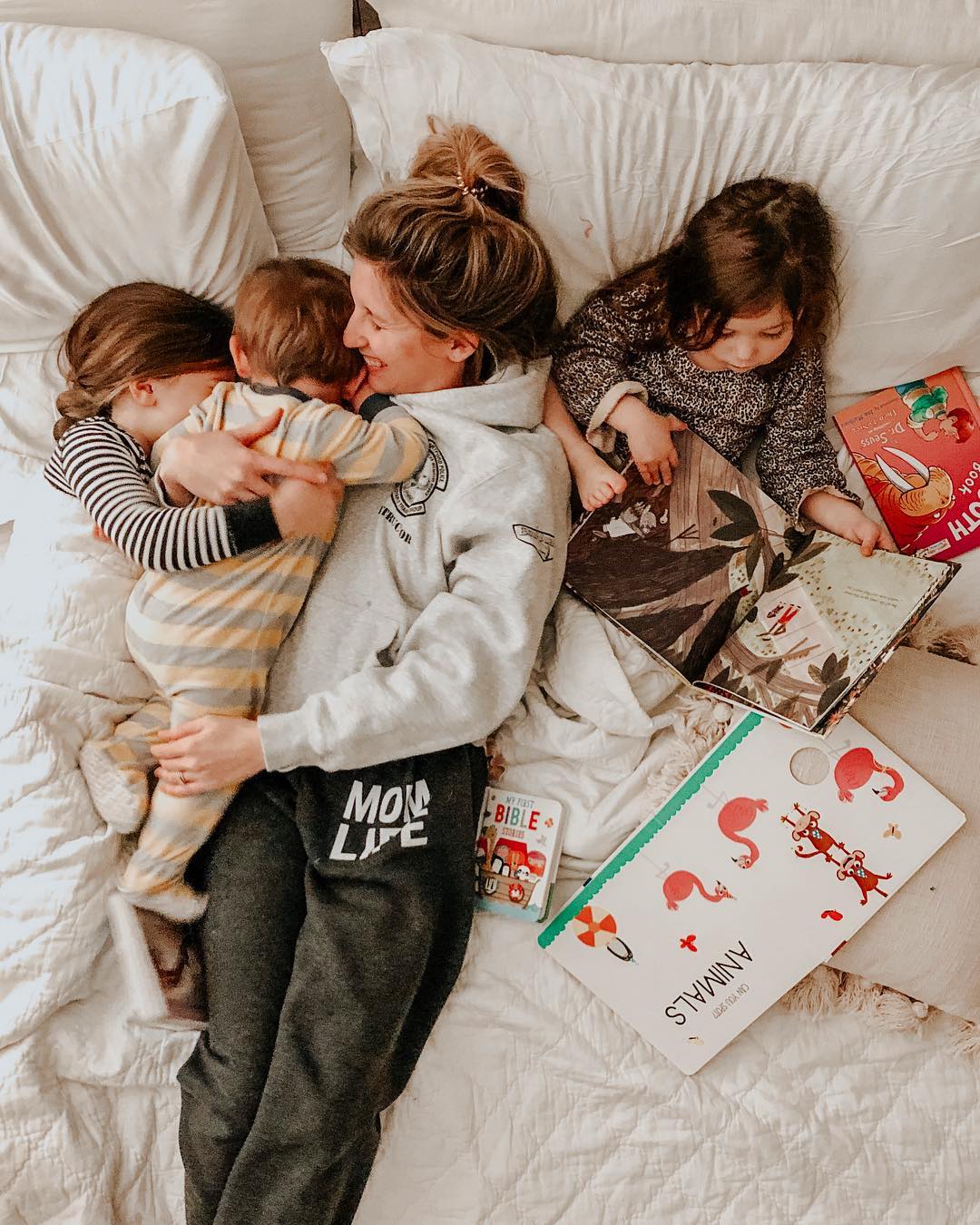 Yes, boys can be rowdy and boisterous and all of the things they stereotypically say. But they are also charming and funny and smart. Boy moms don’t only break up fights – they also foster apologies, teach empathy, model compassion, and cultivate respect.

Though I’ve only had a son for a few months now, I am already having a different experience than with my girls. He has a more aggressive attitude to feeding and an adorably gruff-sounding giggle. All of the things I enjoyed with my girls, I enjoy just as much with him. He’s cuddly and sweet, and I love his cute toys and clothes. Our connection is incredible, but slightly more relaxed – just as amazing, but wonderfully new. He’s more physical and independent, but his relaxed energy quells the sass and drama of my girls. Plus, he always smiles from the inside out and pulls me in for the best drooly kisses!

Looking back, I feel silly for having had that moment of doubt in myself at all. I know with my whole heart that my son was meant for me – I was meant to be his mama.

And, if I ever need help in this new role, I know who to call – all of the awesome moms I know whose life’s work is to put strong, kind, and intelligent boys into the world.