What to Watch, Read & Listen to
written by CAROLINE CHIRICHELLA
March 21, 2022 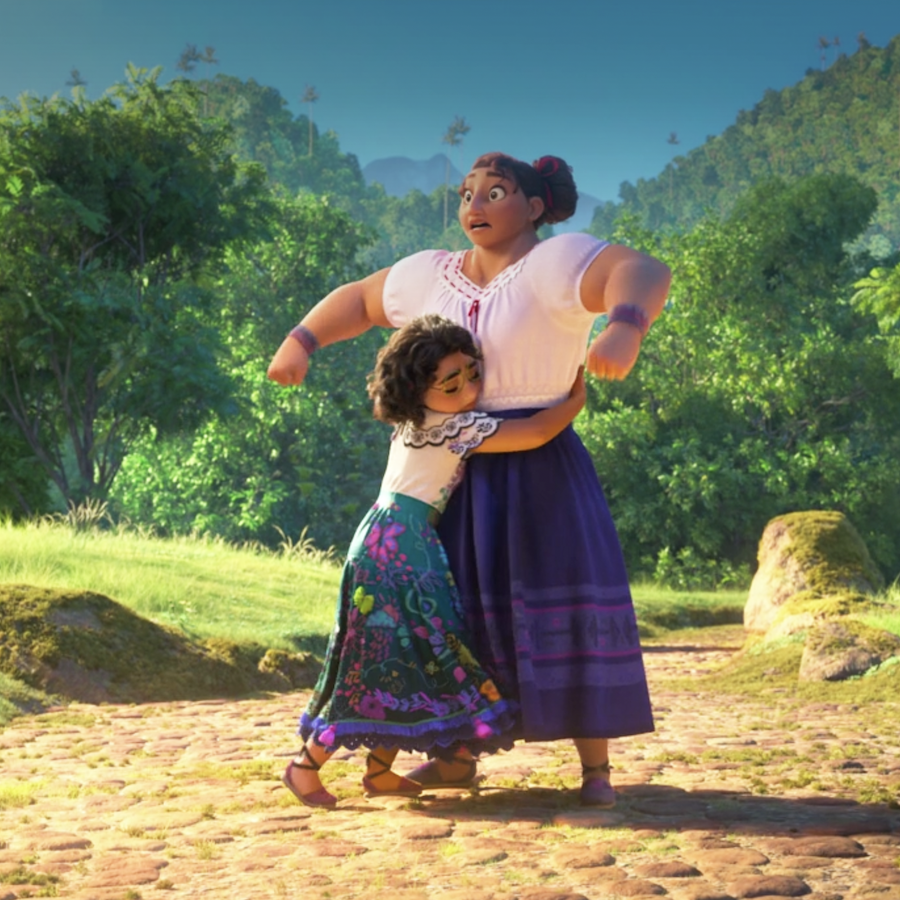 If you’re a mother to a child under the age of 5, my guess is that you’ve lost count of how many times you’ve watched the Disney film Encanto. Encanto tells the story of the Madrigal family and how they all encompass special and magical powers—all except Mirabel. While the story is filled with the usual Disney magic and wonder—plus an epic soundtrack—there is so much more than meets the eye when it comes to this film. For me, the heart of this movie comes down to the broad and unexpected characteristics of the film’s core characters, especially when it comes to their mental health.

I don’t know about you, but at times in my life, I have felt like a lot of these characters. Here with the help of Saba Harouni Lurie, a family therapist and owner of Take Root Therapy, and Taylor Hiers, licensed therapist and executive director of telepsychiatry at Thriveworks, we’re really going to dig deep into the minds of these characters and talk about what mental health conditions they might suffer from in real life. We’re also going to explain that we can use this as an opportunity to open the conversation about mental health with our children.

Looking Deeper Into the ‘Encanto’ Characters

On about the hundredth time I watched the movie with my 3-year-old daughter and was really able to sit down and listen to the characters, I was struck by how deep and revealing they were: There’s the star Mirabel, who feels left out of her family due to her lack of powers, and her older sister Luisa, who carries the weight of the world—both figuratively and literally. There’s Isabela, the golden child, who feels the constant pressure to be perfect and live up to her grandmothers’ standards. And of course, we have Bruno (who, yes, we’re going to talk about), who feels like the outcast of the family. With the help of Lurie and Hiers, let’s dig a little deeper into each main character.

Let’s begin with the film’s star, Mirabel. Ahh, sweet and innocent Mirabel. We’ve all been there, right? Constantly seeking approval for everything we do, only to feel that we somehow always let someone down? As a therapist, Hiers admited that Mirabel was a very sad character to watch throughout this movie. “She demonstrates the dilemma so many people find themselves sitting in and thinking thoughts like, ‘I can’t live up to my family’s expectations,'” Hiers said.

Mirabel is initially portrayed as full of life; she’s plucky and cute. But Hiers said that this is depression masquerading itself. “This sounds backwards. Depression isn’t sunshine and rainbows, right? She’s too happy to be depressed. Before the Casita starts to crumble, Mirabel convinces herself that everything is fine, stating she is happy, though just like Casita, you start to see the cracks in her facade. She is breaking as she learns the truth about Bruno and other family secrets and finds herself overwhelmed with the sadness of her family’s behaviors and how some of them have treated her like an outsider because she didn’t get a gift like everyone else.”

As she pushes through during the film, Mirabel shows that she is a fighter. She is an inspiration and gets to know her real self. She grows and helps those around her. Mirabel shows us that depression can be overcome.

Like many other moms, I most relate to Luisa. No, I don’t have superhuman strength, but as a mom raising a toddler during a pandemic, I sometimes feel that I must. I’ve been Luisa—trying to keep everything together for my family while putting on a brave face and not letting my true feelings of pain show. In the catchy number “Surface Pressure,” Luisa says, “I‘m pretty sure I’m worthless if I can’t be of service.” This alone speaks volumes.

Luisa’s gift is having superhuman physical strength.”This is a heavy emotional burden for Luisa,” Lurie said. “She learns that her value is in her strength, and therefore, she is only valuable when she is using her strength to the benefit of others. In addition to being physically strong, she feels pressure to be emotionally ‘strong,’ which she interprets as being stoic and unmoving. She doesn’t have permission to express feeling nervous, overwhelmed, afraid, or sad, and she certainly doesn’t get to rest or pursue curiosities just for fun.”

In a real-life scenario, someone like Luisa might suffer from anxiety and depression due to their constant pressure to perform and fulfill the expectations of others. “Her song, ‘Surface Pressure,’ is relatable to many who experience high-functioning anxiety,” Lurie said.

Lurie said that while on the outside, Luisa presents herself as together, she silently worries and hides her true feelings and her desire to rest. Her depression becomes more apparent when she cannot perform the way she did before once her powers begin to lessen. “Given that she believes she is only worthwhile when she is in service to others, when she can no longer lift and move heavy things, she may feel worthless and alone,” Lurie said.

Isabela is the perfect one—or so we are led to believe. Though everything seems to go her way, we discover that Isabela is a more complex character throughout the film. “Underneath, however, we learn that Isabela is dealing with the extreme stress of perfectionism placed on her by a family expectation,” Hiers said. “She desires to be more than ‘pretty’ and wants to express herself in more ways than just beautiful flowers.”

Both Luisa and Isabela, in different ways, find themselves locked in an identity within the family and are unable to deviate from that identity. Heirs said that in real life, Isabela would likely be dealing with a lot of anger and resentment on top of performance anxiety to constantly meet the expectations of her family. “She could also experience performance anxiety and likely depressive symptoms due to the overwhelming nature of her constant performance to others and feeling
like she can never be her true self,” Hiers said.

Let’s talk about Bruno and all that mental health spec on the internet. The truth is, Bruno has had a tough time. His gift of seeing prophecies is not necessarily viewed in a positive light by his family. They don’t often like his visions, so blame is somehow put on him, even though he is not at fault. “Not only does he have the most oppressing and stressful gift of seeing visions, but he also finds himself berated and attacked for the very gift the family was eager for him to receive,” Hiers said.

Bruno is portrayed as awkward and antisocial. “He has some tics, or obsessive behaviors, that we see (tapping on wood, crossing his fingers, holding his breath, throwing salt, etc.),” Hiers said. Obsessive-compulsive disorder (OCD) is an option here for Bruno due to his compulsive behaviors, repetitions, anxiety, agitation, and fear-based behavior.

Hiers also felt Bruno could fit the symptomology for autism spectrum disorder, being characterized by odd or inappropriate social interactions, impulsivity, repetitive or obsessive-compulsive behaviors, poor eye contact, and a poor understanding of others’ social cues. Another option, as Hiers pointed out, is that perhaps Bruno’s truth telling was his gift due to being unable to hold back the truth. “Folks on the autism spectrum tend to be quite blunt and honest. A lot of families do not want their truth told, do not want to be exposed, do not want to be judged. And Bruno’s gift was bringing to light visions of his family.”

Using ‘Encanto’ to Talk About Mental Health with Our Kids

Though my daughter is only 3 years old, I have always been open and honest with her when it comes to mental health. I personally suffer from anxiety and body-focused repetitive behaviors (BFRB). I want her to be able to understand emotions. I want her to see that people are imperfect and know that that’s OK. For me, that’s what matters in this movie—the imperfect yet perfect portrayal of these beautiful and wonderful characters.

Encanto is a great way to begin talking to your children about mental health. Hiers, a mother herself, said she wants her kids to understand that while mental health can sometimes be invisible, it’s extremely important to understand. Here are some ways to start conversations with young kids.

Hiers suggested to simply start talking about the characters. “Are there different people they like the most? Why? What draws them to each character? My 12-year-old daughter (who is adopted) related heavily to Mirabel to the point of tears, feeling the pressure on Mirabel to just be happy, even while she was being constantly rejected.”

Maybe your child excels at math, is a star athlete, or has a knack for performing. Lurie said that for children who have special skills or strengths, we want to encourage them to pursue their passions and abilities. It’s also important that we let them know that they are loved regardless.

“They are loved if they excel in their math class or if they do poorly,” Lurie said. We want our children to always try to do their best but understand that we all have limits and that if they are pushing themselves or are being pushed in a way that is harmful, their limits need to be honored. “Using Louisa as an example, we can show that we love each other for who we are, not what we can do or give,” Lurie said.

By just talking to your kids about the characters in the movie and all the heavy emotions displayed by each one of them, you’re already getting this much-needed conversation going, even if your children don’t yet realize it. 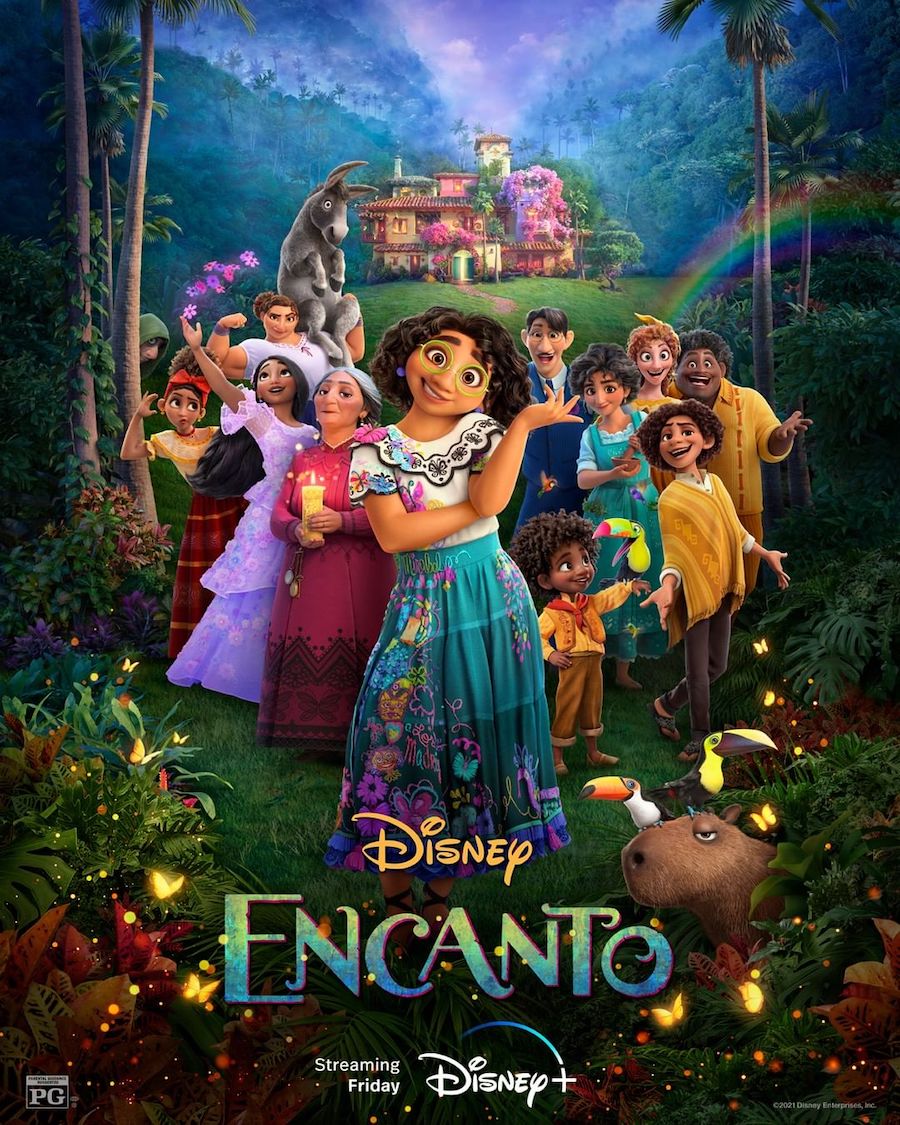 18 of the Most Creative (and Hilarious!) ‘Encanto’ Videos on TikTok
Click to Read