This post was in partnership with Bobbie, but all of the opinions within are those of The Everymom editorial board. We only recommend brands we genuinely love. 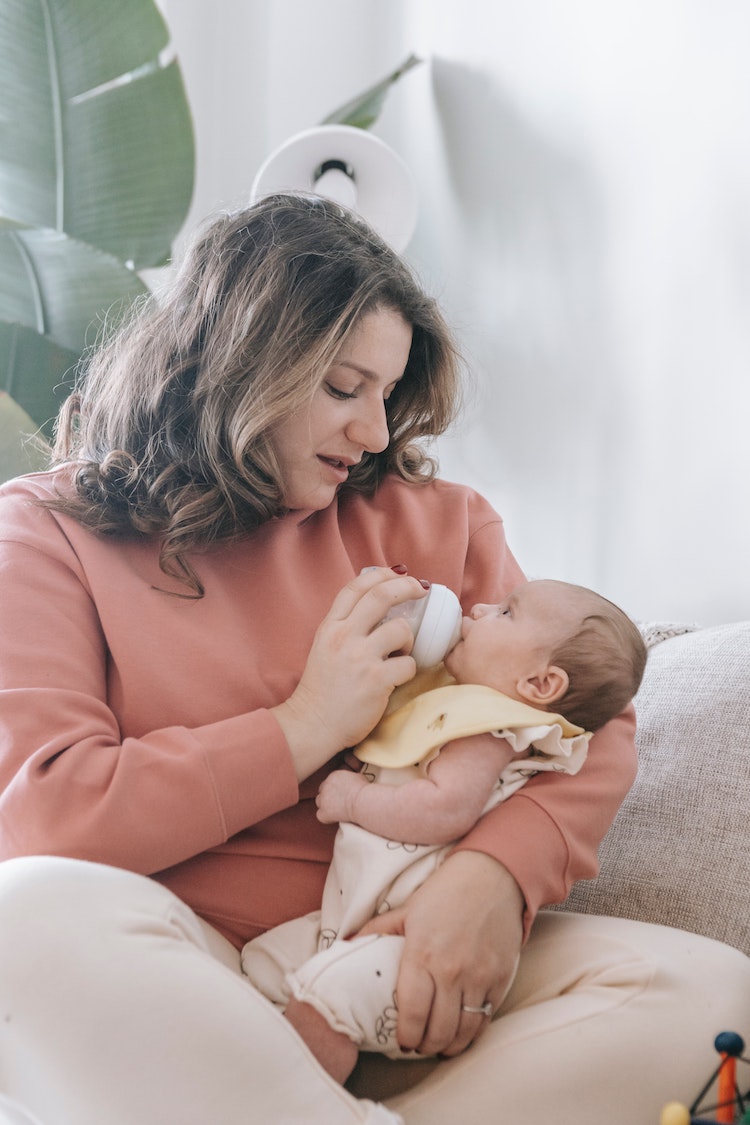 Formula feeding vs. breastfeeding is one of the biggest decisions you’ll make as a new mom. And whether you decide to breastfeed, formula feed, or do a combination of both, deciding which type of formula you feed your baby is the next biggest decision you’ll make. (Parenthood—who knew there were so many choices?!)

If you’ve ever spent a late night falling down the Google rabbit hole of organic formulas (slowly raises hand), we’ve got you covered. Here’s everything you need to know about European-style baby formula Bobbie and why it’s a great choice for your baby.

In this article
1 What is EU Style Formula?
2 Bobbie is Regulated by the FDA
3 Bobbie is Easy on Tummies
4 Bobbie Undergoes Rigorous Quality Testing
5 Bobbie is Subscription-Based
6 Bobbie is Mom-Founded and Led 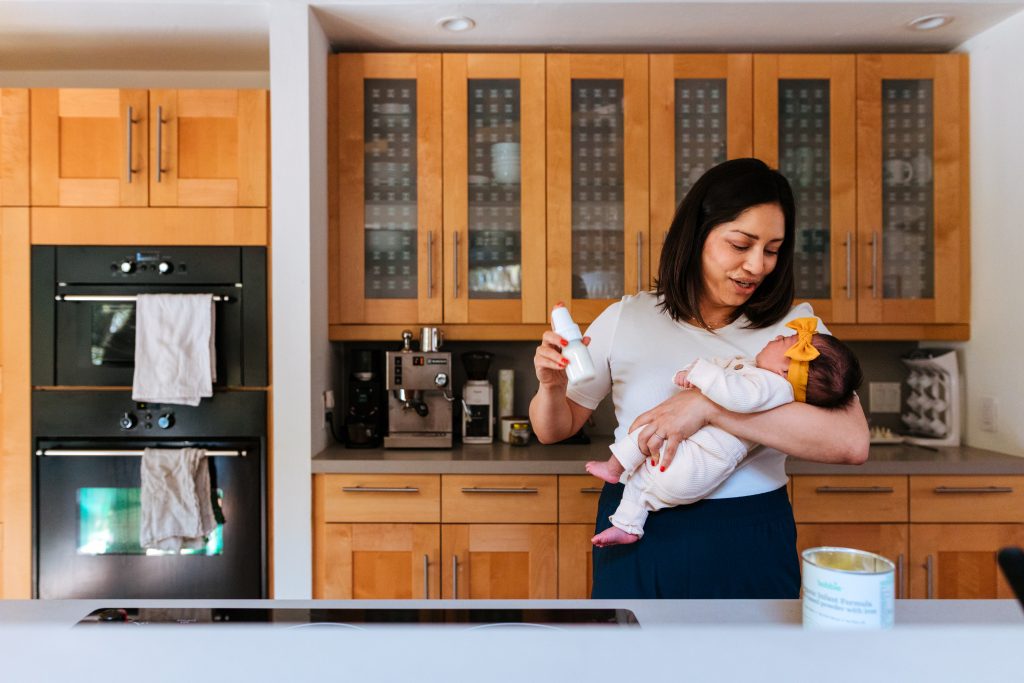 What is EU Style Formula?

European style formula is a breastmilk alternative for newborns with more simple ingredients than its American counterparts. This type of formula is organic and non-GMO and strong on DHA and iron. European formulas also use lactose from cows as its number one ingredient (not corn syrup), which also provides babies with the necessary protein they need. Bobbie is EU inspired, crafted in America and delivered right to your doorstep.

Bobbie is Regulated by the FDA

One of the first things I stumbled upon in my late-night research of European baby formulas was a somewhat frantic warning that these formulas, because they’re not manufactured in the United States, aren’t regulated by the FDA. But Bobbie, which is also organic and non-GMO, is the only European-style formula manufactured in the United States, which means it is regulated by the FDA.

And like other popular European formulas, Bobbie uses lactose as its only source of
carbohydrates and meets EU standards for DHA (which supports brain and eye development) and iron.

Bobbie is Easy on Tummies

One of the biggest worries moms might have when switching from breastmilk to formula is how your baby’s belly might react. No one wants to disrupt a good sleep schedule with infant tummy troubles. Thankfully, Bobbie has no corn syrup or palm oil, which can be correlated to constipation in babies. Also, Bobbie is similar to mature breast milk in that it has a 60:40 whey to casein ratio, making it easier to digest.

For reference, cow’s milk has a 20:80 whey to casein ratio. Bobbie has a bit more whey to make it gentler on brand-new tummies. 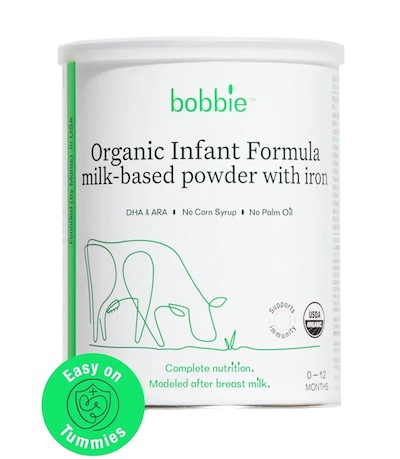 Priced at $26 per 400g can and available in three different bundle sizes (4, 8, or 10 cans per bundle). Bobbie also has a Formulator quiz to help you figure out exactly how much formula you need, whether you're exclusively using formula or combo feeding.

This deal offers two cans for $40, enough to feed a formula fed baby for about a week. 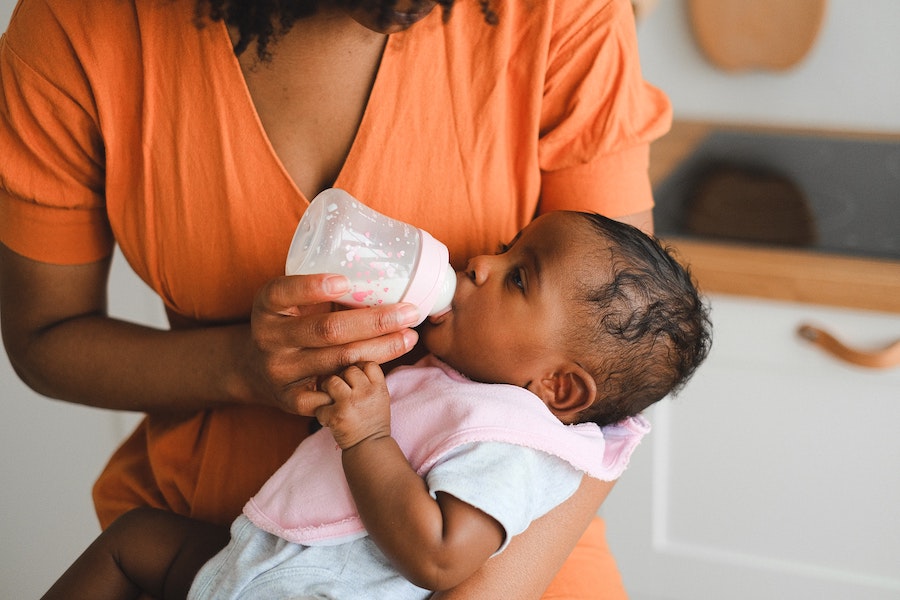 If you’re like me and prefer to imagine your dairy cows frolicking happily in a grassy field, this one’s for you. Bobbie is the first (and only) formula made with grass-fed milk from pasture-raised cows on Organic Valley Farms, a co-op for farmers founded in 1988 that produces organic milk, cheese, butter, produce, and more.

As far as quality goes, Bobbie’s formula undergoes more than 2,000 quality checks to ensure the ingredients, processing, and finished products are safe and nutritious for your baby. These quality standards have also earned it several awards, from the Clean Label Project Purity Award to its certification as a Pesticide-Free product. It’s also USDA organic.

If you’ve ever run out of formula in the middle of the night, you’ll love this one. You can purchase Bobbie at hibobbie.com via subscription, so you’ll never have to worry if you  have enough formula. And with the recent formula shortage, who hasn’t had that concern?

You can adjust your number of cans at any time. Bobbie formula is also available at more than 1,700 Target stores if you’re in need of a last-minute restock.

Priced at $26 per 400g can and available in three different bundle sizes (4, 8, or 10 cans per bundle). Bobbie also has a Formulator quiz to help you figure out exactly how much formula you need, whether you're exclusively using formula or combo feeding.

This deal offers two cans for $40, enough to feed a formula fed baby for about a week.

Bobbie is Mom-Founded and Led

Let’s be honest—there are some things you just don’t know or care about until you become a parent yourself. One of those things is the formula you feed your baby.

Founded by two moms who were frustrated with the formula options on the market, Bobbie is the only female-founded and mom-led infant formula company in the United States. Today, their team is made up of scientists, regulatory experts, marketers, and innovators who struggled to breastfeed exclusively. Today, more than half of Bobbie’s staff has had a pandemic baby and used Bobbie to feed their own babies. So you know you’re in good hands, coming from moms who have been there.

If you’re looking for the right formula to feed your baby, rest easy mama. Bobbie’s got you covered.

This post was in partnership with Bobbie but all of the opinions within are those of The Everymom editorial board. We only recommend products we genuinely love.