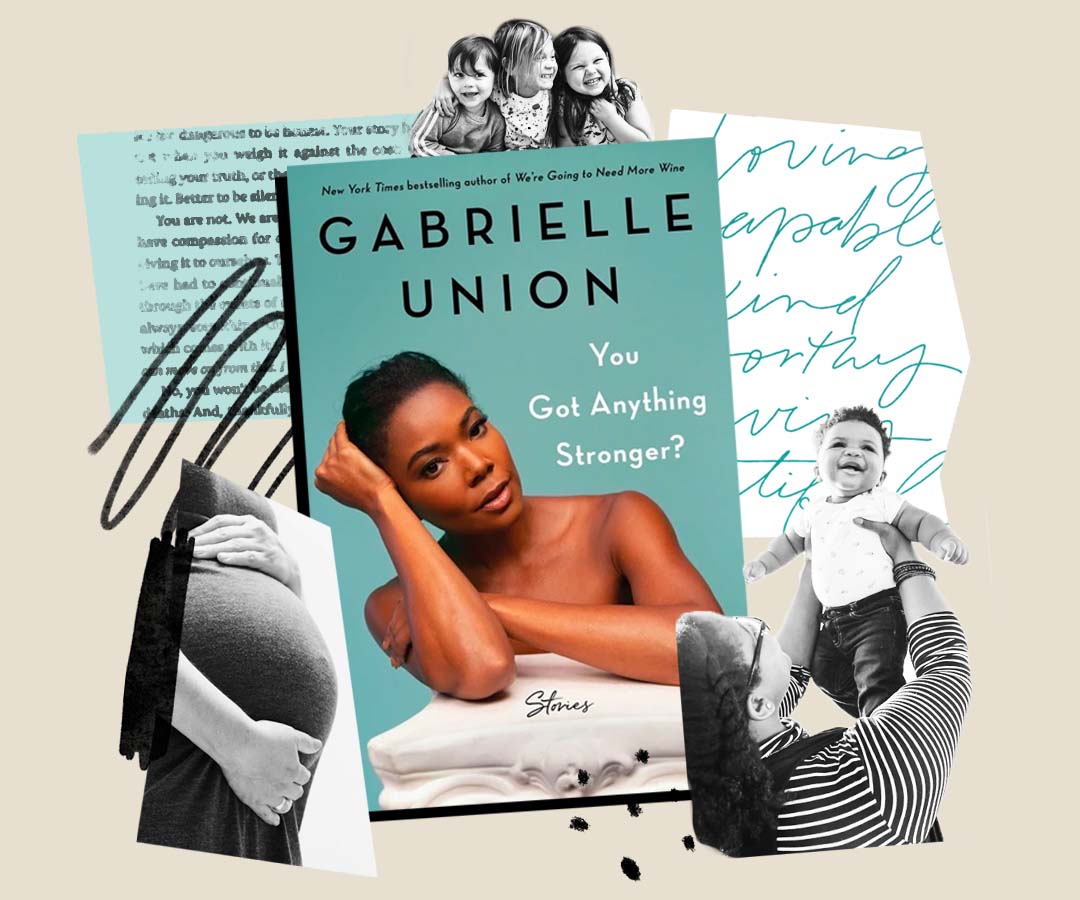 You know what’s ironic? Realizing that the one phrase you used to hate has become sort of a lifeline for you. For me, that phrase is “saying the quiet part out loud.” Throughout my entire pregnancy, I came across stories of mothers sharing their experiences, talking about how they wanted to say the quiet part out loud in case it helped another person.

As someone who was already on pins and needles about the circumstances of my pregnancy, these revelations angered me. I did not want to hear anyone’s quiet part out loud. I wanted to be afraid, overwhelmed, and angry in peace. I did not want anyone to see that I was not the happy and glowing pregnant woman I imagined I would be. Admitting the truth would mean the jig was up, and I couldn’t have that.

This feeling went on well after I gave birth. I was convinced I was supposed to find time to cater to the relationship I had with my son’s father despite being unhappy. I was also convinced that I had to shove down any physical, mental, or emotional pain I was in. All the while, resentment continued to build. There were moments I would look at my son and think, I don’t know how you can trust someone who can’t even be honest about how they feel.

Then, something wonderful happened in the world of revelations. As an avid book reader, I began reading biographies of certain people I admire a few years ago. When Gabrielle Union’s book You Got Anything Stronger? was released, I didn’t hesitate to buy it. It’s a follow-up to her book We’re Going to Need More Wine, which was released in 2019. The first book made me feel seen, so I knew You Got Anything Stronger? was going to do the same.

The thing about wanting to feel seen is that sometimes, things make you feel as if your soul has been exposed. Page 126 of Union’s book did it for me. It’s the page that dared to encompass everything I was worrying about. It’s the page where resentment was woven in between the words. Specifically, it was Union writing, “…because if in all that juggling you drop a ball, it’s on you. Whether you lose your job or your husband’s interest, your high schooler gets an F or your kid is the mean one on the playground, the buck stops at the mother, doesn’t it? ‘Your priorities are off…’”

I put the book down and felt the resentment rise from the pit of my stomach to the back of my throat. Since I couldn’t scream due to my napping son, I put the book down and went into the bathroom so I could cry. I can’t remember how long I sat on the edge of the tub, but I did not move until the months of swallowing my unhappiness and resentment came out. Even then, I knew that would not be the end of it.

I dared to finish You Got Anything Stronger? and began to write feverishly in my journal. I listed every last thing I was worried and upset about, misspelled words and bad grammar included. Then, I decided to start speaking up and saying the quiet parts out loud. In no particular order, here’s what I started being honest about.

I Love My Son, But I Was Not Ready for Motherhood

My pregnancy was unplanned—and that wasn’t a secret—but I felt like I couldn’t admit that I was not ready to become a mother. I worried that something awful would happen while I was pregnant, and I still have moments when I worry. The only difference is that I admit my reluctance to embrace motherhood anyway. I would move mountains for my son, but I would not have chosen this path right now if I could go back and change things.

I’m Not Emotionally or Mentally Available for a Romantic Relationship

This is probably the toughest thing I have admitted to myself and to my son’s father. I am the one who talked about marriage and having children early on in our relationship, so it’s been hard. My son’s father is also committed to working through the tough part of our relationship, but I do not feel the same right now. I can’t say that I never will be willing, but I am not receptive at the moment.

I’ve read it’s normal to hate your partner after having a baby, but there were patterns that showed up during my pregnancy and during the early stages of the postpartum period, so I know why I’m not willing to work on our relationship right now. It has not been easy feeling as if someone is needy outside of the young infant we are caring for. For me, I feel like I don’t have anything else left to give, and I don’t want to pretend that time is going to change that. 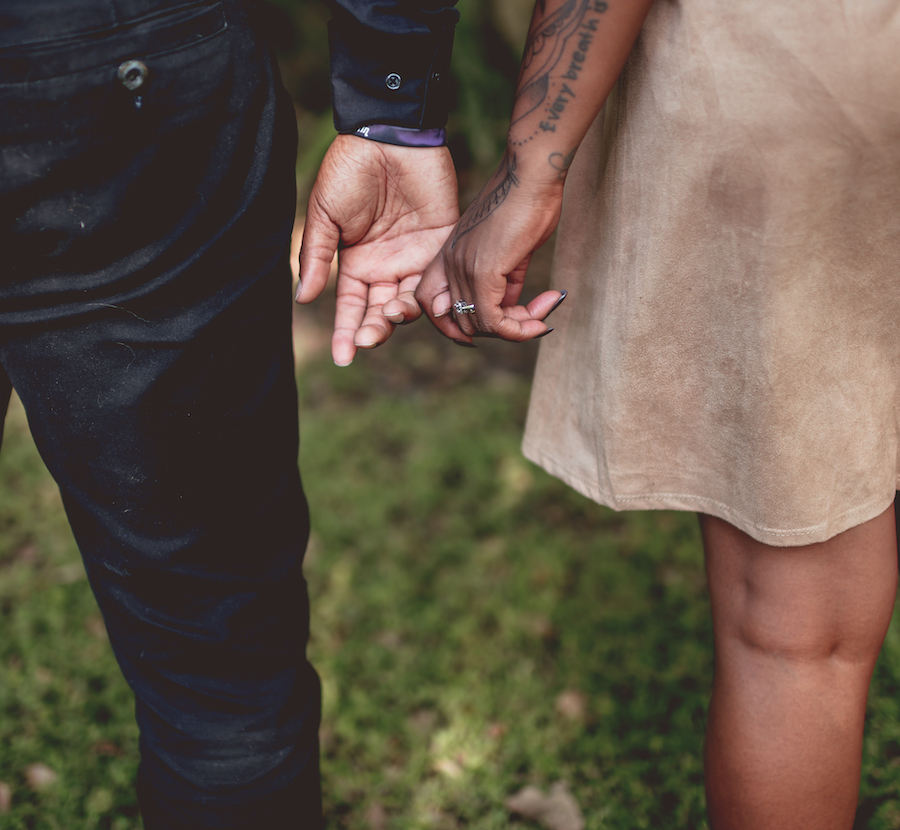 I’m Not Looking to Be ‘Fixed’ by Anyone, So Stop Trying

A lot of times, I feel overwhelmed, and encouragement does not always do the trick. Sometimes I want to tell people, “hey, I don’t always love this part of my life. Stop trying to fix me.” I think it’s a natural thing people want to do and I don’t blame them for that. However, I don’t like feeling as if I’m not allowed to voice anything that isn’t positive.

I don’t like feeling as if I’m not allowed to voice anything that isn’t positive.

There have been many moments where a few people do listen when I say I need to be honest and vent, but many times, people just tell me what I could or should do differently. The thing is, I don’t need to be “fixed” per se. I’ve been giving myself more permission to say when I don’t feel great and sit with the feeling instead of immediately trying to snap out of it.

I don’t know if Gabrielle Union knew that choosing to be transparent about her experiences and feelings would give someone else permission to do the same, but it has. I feel less afraid to name my feelings instead of silencing them or making them more palatable for public consumption. I’m not performing on a stage. This is my real life, and sometimes it doesn’t feel too great. But you know what feels great? Honesty.

The ability to be candid and potentially free someone from a little self-imposed box they have been shoving certain emotions into is amazing. I can’t promise anyone perfection, not even my son, but I can aim to be honest and transparent. That is more important than pretending the quiet parts don’t exist. They do exist, perhaps more than we truly know.

@theeverymom / #sharetheeverymom
Hey mama, we're here to remind you that there is N