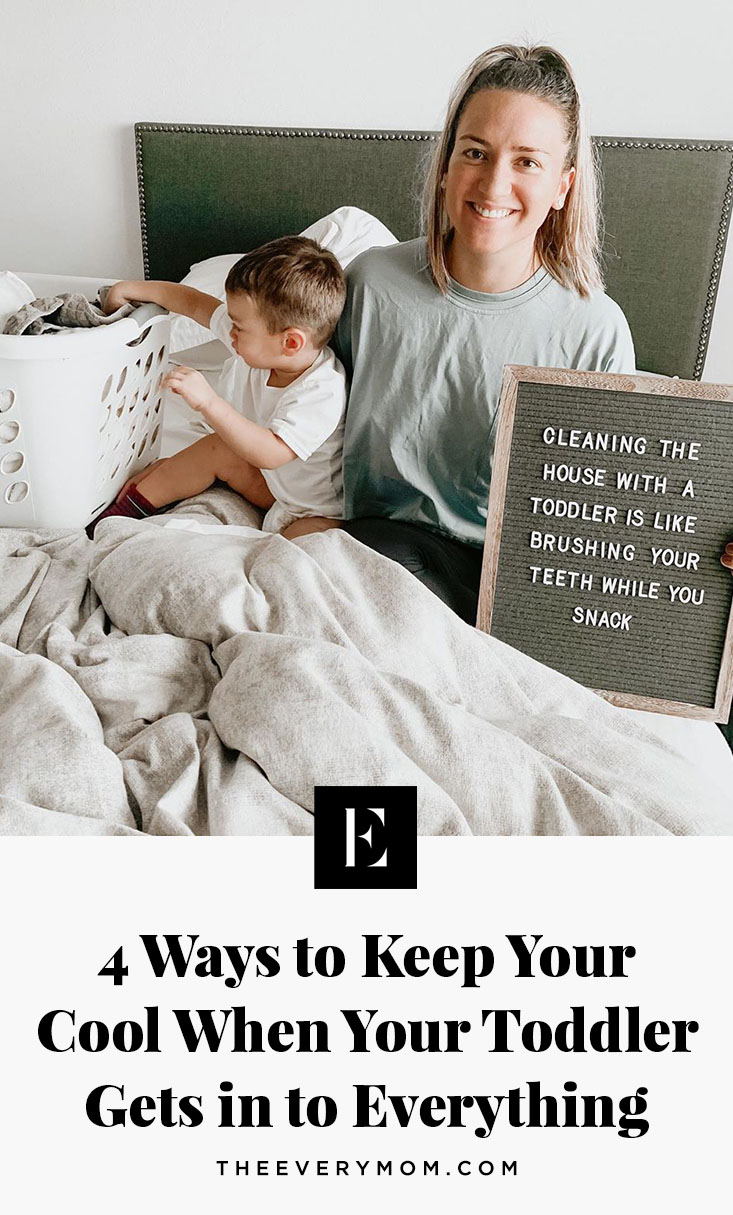 Quite often, I’m unknowingly playing a game with my son called “Let’s bring out everything mama just put away.” I lose almost every time. Just when I think my toddler is done playing with something, I go to put it away and it becomes the one thing he wants. It’s a constant cleaning loop.

One of my favorite things about toddlerhood is experiencing my son’s curiosity with everything he sees and touches. But it can be a bit frustrating too because it makes tidying up more difficult. I know this is what little kids do, but it doesn’t stop my desire to have a clean house sometimes. My toddler loves to get into any and everything he can: laundry, silverware, toilet paper, dresser drawers—the list could go on.

I know his explorations are a sign he is growing up and becoming more curious about the world around him. So, I wanted a system in which my son could still play and explore with fewer restrictions, and I could feel less frustrated. I started to think outside the box on how to approach these situations. Here’s what I discovered! 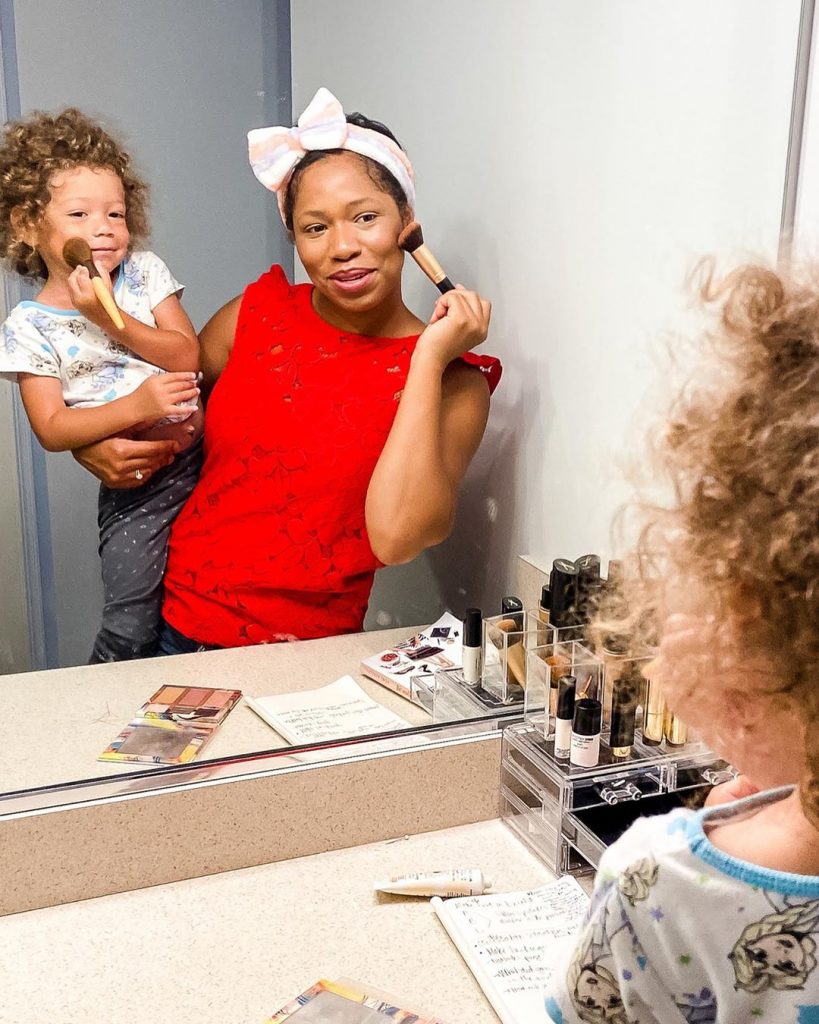 1. Get them lookalike products

If we bring out the vacuum or broom, my son gets extremely excited. I don’t know why these two household items bring him so much joy, but they do. While we let him play with these things sometimes, there are moments when we just need to clean up something quickly and can’t hand over the broom or vacuum to him, which inevitably leaves him in tears.

To try and eliminate the fallout, my husband and I decided to get him his own broom, mop, and dustpan playset so that he can clean right alongside us! Sure, sometimes he still wants the grownup version rather than his own, but other times he has a blast sweeping or dusting like we are.

A yes space is a designated area where your kids have the freedom to hang out and play without hearing “no, don’t touch that” a million times. It’s a space free of items that could be harmful while including some of their favorite toys and books.

Having a yes space has probably been the most sanity-saving shift I’ve taken in motherhood. It has allowed me to enjoy a cup of coffee while it’s still hot, make a quick phone call, change over the laundry, prep dinner, or even just sit by myself silently for a moment. I have been trying to say “no” less and less, and having a yes space is helping it happen.

To make a yes space for your toddler, find an area in your home where you can keep an eye on them—you can even close it off using a child safety gate so they can be contained. Next, you’ll want to clear out anything that could be potentially harmful or dangerous, like covering any outlets or cords. Cozy up the space with a rug or their favorite blanket, some of their favorite toys, and watch them play. 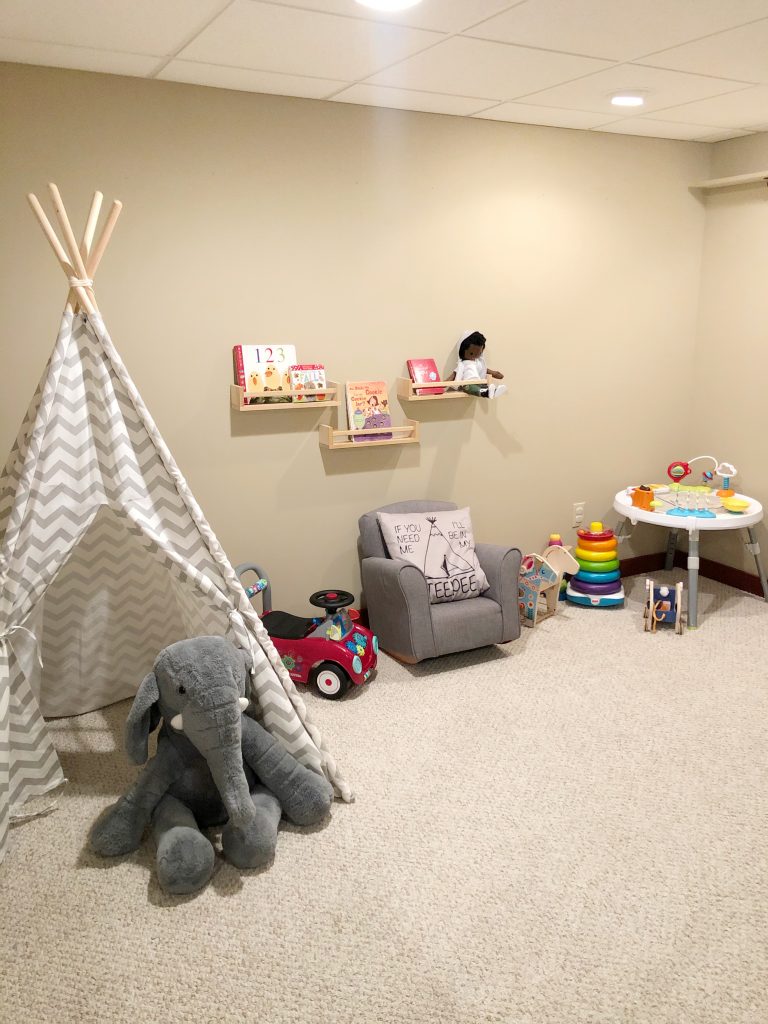 3. Childproof what you can

While it’s great to childproof things that are dangerous and harmful to your kids, it can also be an option for things that you just don’t want them getting into as often.

For example, my makeup and skincare products are in a cabinet that he can reach and open with ease. Because makeup can be expensive to waste or replace, the last thing I want is for him to drop my blush on the floor or start squeezing my foundation pouch. To eliminate this concern, I put childproof locks on my makeup cabinet so that even if he’s hanging out in the bathroom with me (as we all know, parents rarely get privacy), this cabinet is off-limits for him.

At the end of the day, the messes and constant clean-ups are a part of the parenting journey. The one thing motherhood has taught me is to let go of what I “think” needs to happen and embrace what is actually happening (and also to slow down).

I know that I could fold and put away the laundry much faster if my toddler wasn’t “helping” me, but those moments are undeniably cute and even educational. I want to make encouraging his curiosity a priority. Plus, I want to soak in those moments where we make forts of newly cleaned sheets or pretend he’s on a roller coaster while he sits inside of a laundry basket.

If your kiddo is anything like mine, meaning they love to get into almost any and everything they can, I’m with you. These four things have helped me say “no” less often and helped him explore more. It’s feeling like a win-win for both of us.

Read More:  The One Rule I Live By That Makes Me a Better Mom