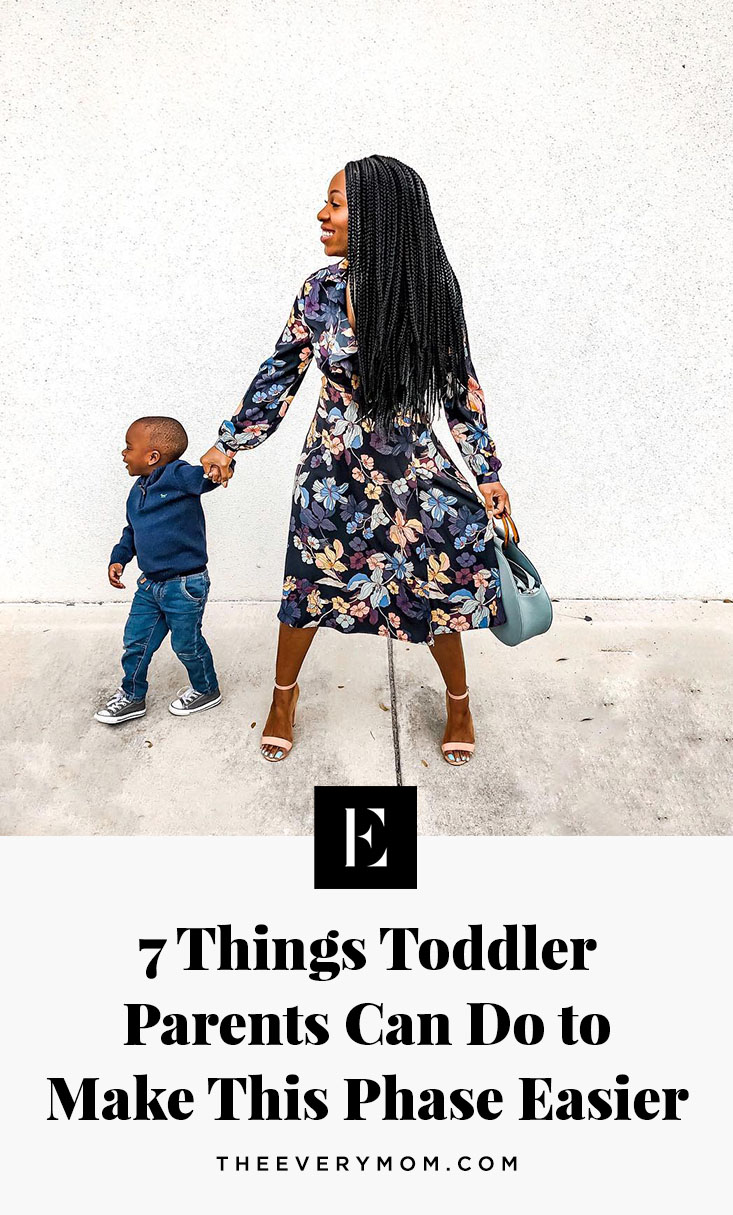 If you’re reading this, you already know: parenting a toddler is hard. Parenting a child of any age is hard, of course, but the toddler years are particularly well known for tossing out some serious curve balls.

And, as they say: there’s no handbook for this. There is, however, an infinite amount of expert guidance and resources out there, which I find to be both helpful and overwhelming—there’s a lot to sort through.

Tantrums and testing might be the norm, but it can still frazzle even the most unruffled of us. You’re certainly not alone in looking for a little sanity when it comes to managing the tornado that is the toddler phase—read on for seven things you can do now to help make life with a toddler a little easier.

Toddlers are a handful, to say the least. The good news is, if they seem to behave worse with you than with anyone else, it’s not personal. Toddlers often reserve their worst behavior for their parents, while teachers and babysitters may report A+ behavior. The American Academy of Pediatrics (AAP) notes that “It’s not uncommon for toddlers to be angels when you’re not around, because they don’t trust these other people enough to test their limits.” With you, they know you’ll rescue them if they get into trouble, so they’re more willing to try out disruptive, dangerous, or difficult behaviors.

While it’s still perfectly normal for you to feel frustrated about this, take a deep breath and know that it means they feel safe and secure with you—so you’re doing something right.

We’ve all lost our cool at some point; toddlers just tend to lose theirs more often. One minute, your little one is playing happily, and the next, their world seems to be crumbling in on itself. As with adults, common triggers for toddler tantrums are being tired, hungry, sick, or frustrated. And while we grown-ups can generally regulate our feelings through appropriate coping mechanisms, toddlers have yet to develop the skills or capacity to manage strong emotions. Hence, the tantrums.

The good news is tantrums are an opportunity for your child to learn important emotional skills that will serve them well as adults, Nina Kaiser, Ph.D, licensed psychologist and founder of Practice San Francisco told me.

The good news is tantrums are an opportunity for your child to learn important emotional skills that will serve them well as adults.

“Tantrums are to be expected, and it’s all about learning how to get through them,” Dr. Kaiser said. “You can’t possibly spare your kid from every moment of frustration. There is something to be gained by helping kids learn that the experiences of those intense emotions change over time. Those emotions come and go, and even when you’re feeling really upset about something, eventually that feeling is going to pass.”

As children learn to identify their feelings and emotions, as well as communicate these to others, they won’t tantrum as often, research shows. So just remember that these moments are ultimately for the good, and use tantrums as an opportunity to teach your toddler about emotions, communication, and appropriate behaviors for coping. 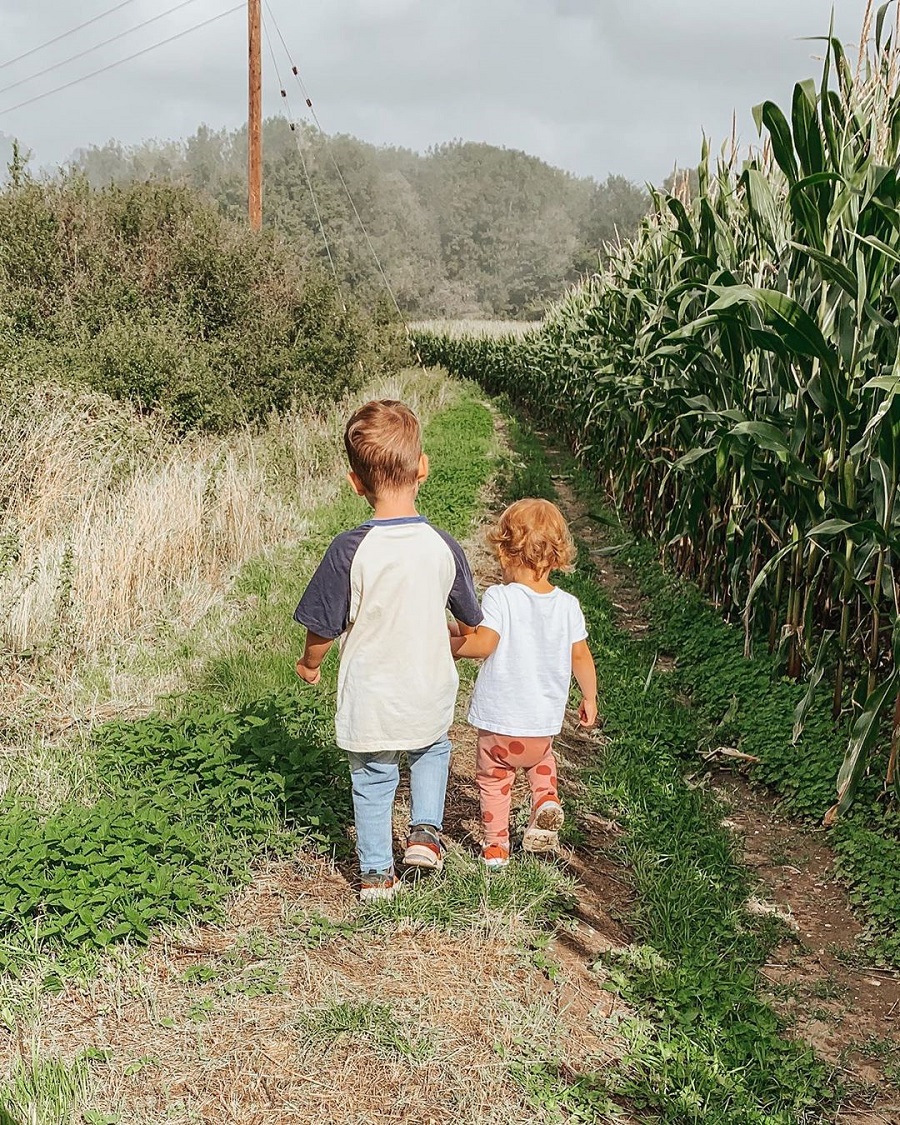 3. Expect to Get Tested

Toddlers are naturally inclined to want to learn about the world around them … which means they spend a good chunk of their time testing limits and boundaries. They have an “overwhelming impulse to step out of bounds, while also desperately needing to know [they are] securely reined in,” said parenting expert Janet Lansbury.

Expecting your toddler to test your limits and push against boundaries will make it easier for you to handle the behavior when it happens. And consistency is the key to handling it. Consistently setting and enforcing reasonable limits will help your little one learn what’s acceptable and what’s not, according to the AAP. Toddlers who feel more confident and secure are more likely to behave independently and appropriately, and a little guidance can go a long way in helping them get there, which brings me to my next point …

This one is an easy one to forget, especially when we’re already spending so much of our time setting boundaries and modeling the behavior we do want to see. But only giving our kiddos attention when they misbehave can actually backfire. As we all know, toddlers love having our attention, so they’ll repeat whatever behavior is getting it for them.

“The best way to improve behavior is to give children a lot of attention when they are doing something you like and remove your attention when they are doing something you do not like,” according to the AAP. Plus, the AAP notes, the more you do this, the better your child will feel about themselves. “With their self-esteem on the rise, they’ll also develop an image of themselves as someone who behaves a certain way—the way that you have encouraged—and negative behavior will fade.”

And from one mom to another, don’t forget to praise yourself too. You’re doing the best you can, and you are exactly the mom your toddler needs.

5. Focus on Discipline, Not Punishment

The AAP recommends using discipline over punishment because while punishment might stop unwanted behavior quickly, it is not effective over time. The difference is that punishment focuses on a penalty for the misbehavior, while discipline teaches children what behavior is acceptable. Discipline tends to have consequences related to specific behavior and teaches children how to behave differently next time. Discipline may still include consequences, just not punitive ones that don’t relate to the action. For example, if your child dumped their crayons everywhere during a tantrum, the consequence might be that they don’t get to play with crayons anymore for the time being.

The AAP also recommends discipline methods that include modeling the behaviors you would like to see in your children, setting and explaining clear limits in age-appropriate terms, and explaining the consequences that will happen if they do not behave. For example, telling your child that if they don’t pick up their toys, you will put them away for the remainder of the day. 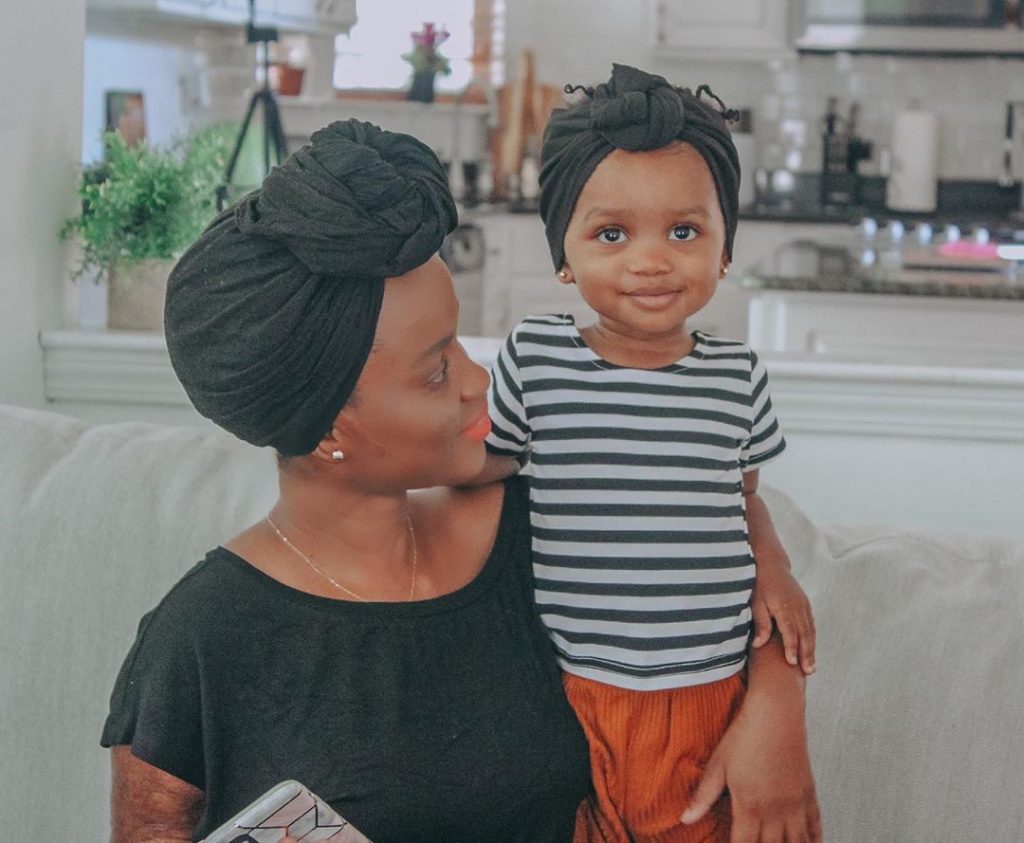 Even if you don’t compare your child to another out loud, try not to do it in your head either. Just as it would cause self-doubt, insecurity, and shame in your toddler if you were to say it to them, it won’t do you any favors as a parent. It’s easy to get caught up in this without even meaning to, especially when it comes to milestones like walking and talking. Just remember that your little one will do these things when they’re ready, and if you do have concerns about their development, the best resource is their pediatrician.

There are times when I am amazed at my 3-year-old’s intellectual and emotional capacity. Sometimes his maturity strikes me as wise-beyond-his-years. Other days, not so much. Seeing him on his best behavior can make it easy to forget he’s only been on this earth for three years. In the scheme of things, that’s not much. He’s still learning about the world around him, as well as learning how to regulate his emotions, all while his brain and body are developing at an exponential speed. Whenever we have a harder day than usual, I keep this in mind and try to remember that he’s trying his best, just like me.

Read More: The One Parenting Hack That Stopped My Child’s Tantrums