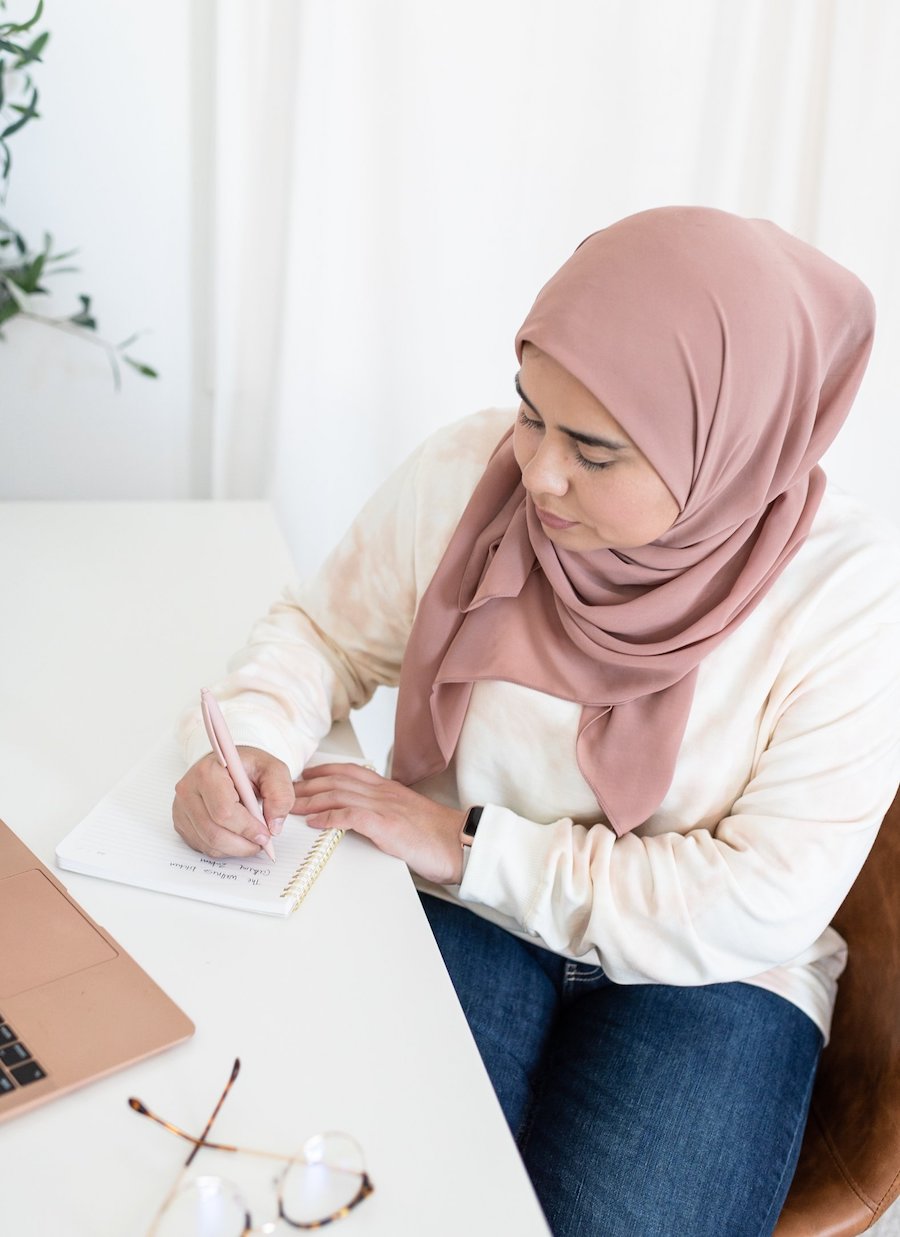 When I was a kid, I was sold the idea that I would grow up, get a job, retire, and live happily ever after. Only, as I started to grow up, I wasn’t sure that was going to be true for me. Because as a young person with no money, I did what most people do: I got whatever job would pay me. I was a mother’s helper, I bagged groceries, I worked in IT at a bank, I bused tables, I cleaned houses, I worked the front desk at a women’s gym, you name it—if it paid, I did it.

All the while, I was studying theater. Back then, my assumption was that I would slowly phase out some of this work with theater work. Except that theater work doesn’t pay very well (I have been paid a $600 stipend to work 60 hours a week for 6 weeks), and I found myself continuously working three jobs at once to be able to do something I cared about and also be able to pay my bills. I wondered if this would be forever. It had been true for over 15 years; I wasn’t sure how much longer I could physically keep up with the pace. My knees were bad, my back was aching in my 20s.

I sat down with my husband and we talked through what made the most sense. Because he was working steadily, we decided I should try to dive into freelancing to see if I could find something in film production I could do consistently. We figured that it would eventually pay more than theater, I had similar skills that could transfer easily, and Chicago seemed to have a boom in production so it felt like the right time to dive in.

I said yes to each and every gig that came across my way, and slowly but surely I was able to build a resume up. But just as I felt like I could actually make some headway and finally have all my years of work experience start to work for me, I started to see the patterns of how often heads of departments were being flown out from Los Angeles, and how Chicago hires only ever got brought on as manual labor. I realized if I ever wanted to stop working 16 hour days of heavy lifting and grinding, I was going to have to take a different approach.

Realizing consistency and benefits are important, but aren’t everything

In my production life, I was offered a full-time position—an actual salary with minimal benefits. Social Security! Health Insurance! I was finally being offered the things I had always been told were what made a “real” job and “real” life. So even if I was making less money in this job, I was at least making headway by moving away from the physical toll on my body.

I kept waiting for my brain to catch up with my circumstances and for my anxiety to dissolve, yet it never did. I kept telling myself I was supposed to be grateful that I had made it this far, so stop looking for the bad. It took me a long time to get to the root of the deep depression I had fallen into. 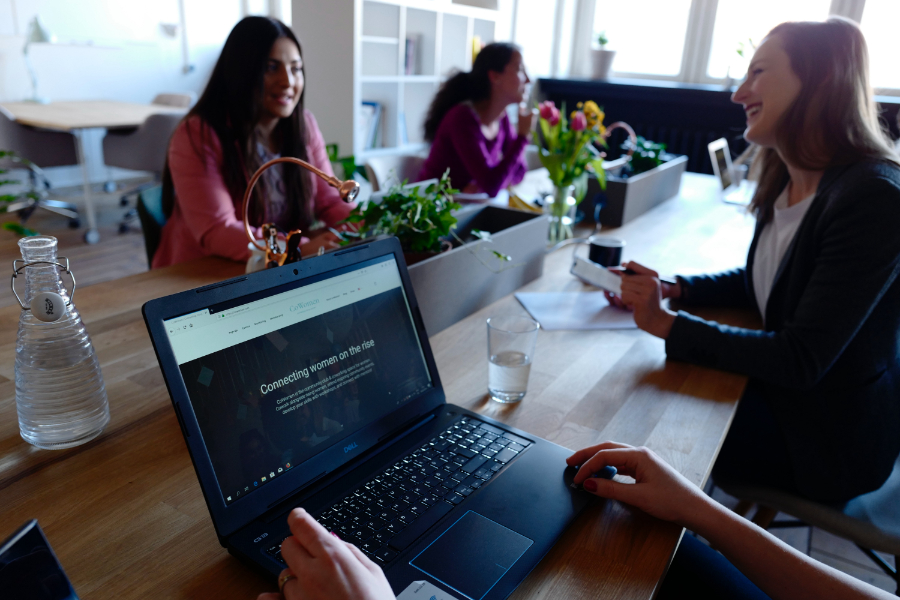 Reimagining my own definition of success

After years of trying to focus on getting by within the production world, I was starting to realize that I had completely pushed aside myself in order to survive. It’s a theme that is common for women, for mothers, and for so many who are unseen by society. I had to start unlearning this bad behavior in order to sort out what was right for me. My husband and I realized that for my mental health, I needed to get back into freelancing and make better decisions for myself about what jobs I would take and which ones I wouldn’t.

I had completely pushed aside myself in order to survive. It’s a theme that is common for women, for mothers, and for so many who are unseen by society.

It was difficult to wrap my brain around, though, as I had finally achieved what I had always been told was success: a job with benefits, health insurance, paid sick days, etc. I had always hated being sick when I was freelancing even more than usual because it meant if I didn’t work, I didn’t get paid. But as my husband and I have gotten older and the longer we have been together (11 years this year!), we had started prioritizing mental health more and more and our marriage was flourishing as a result. So even as I was worried, I felt the burden lift from my brain and my excitement about work return. That told me I was making the right choice.

I plunged back into freelancing and was enjoying it so much more the second time around. I was making so many strides for myself, picking up feature films and commercial work that paid significantly but were short bursts of time. And then the pandemic hit.

Pivoting my skills into a new industry

All of a sudden, it wasn’t up to me what I wanted to do; everything in my fields shut down. When they did start opening back up again, there have been varying levels of money being offered and safety precautions being taken. What jobs do exist don’t even come close to the number of jobs that used to.

I had to take a long, hard look at what I was doing and realize that I was going to need to branch out further in order to keep our family afloat. A friend of mine posted about a writing job. I wasn’t sure I qualified until I started to dig through some of my creative pieces and realized that I had been writing for a decade. While I love writing and feel strongly about it, it felt like a massive pivot. I was having a crisis of faith. How did I end up so far away from where I thought I was going to land?

It felt like a massive pivot. I was having a crisis of faith. How did I end up so far away from where I thought I was going to land?

But over the last decade, the unlearning has been significant and important. I realized I don’t have to do my life the way that I was told when I was a child. The world looks completely different now than it did for our parents. We understand a lot more about inequity and how it operates, technology has made things more accessible to us, and we are not necessarily beholden to the ideas of the past. We are allowed to make choices based on our individual and familial needs. Nothing else has to matter. 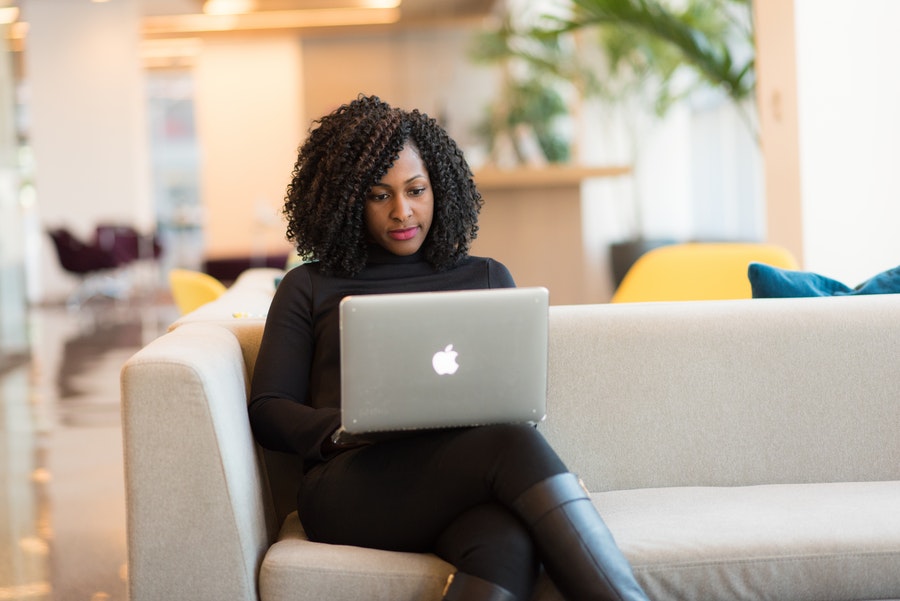 I have a lot of student loan debt, I haven’t finished paying off my used car yet, and we eat instant ramen far more often than I would like to admit. Despite all that, I am unbelievably happy. When I was in corporate America, I was finding myself making an intense amount of compromise for my mental health and I no longer have to make those choices. If I get a short-term gig with a toxic environment, I get to decide when it ends.

I also realize that I have a partner who is working hard and helping support me. I did not get to this place on my own. But knowing that if we need to ever scale back even further, we would do it in a heartbeat has been empowering. Knowing that despite circumstances, bad bosses, and demoralizing corporate cultures, I do get to make some of my own decisions. Recognizing that I can change when I need to, or if my family needs me to, has been what drives me forward.