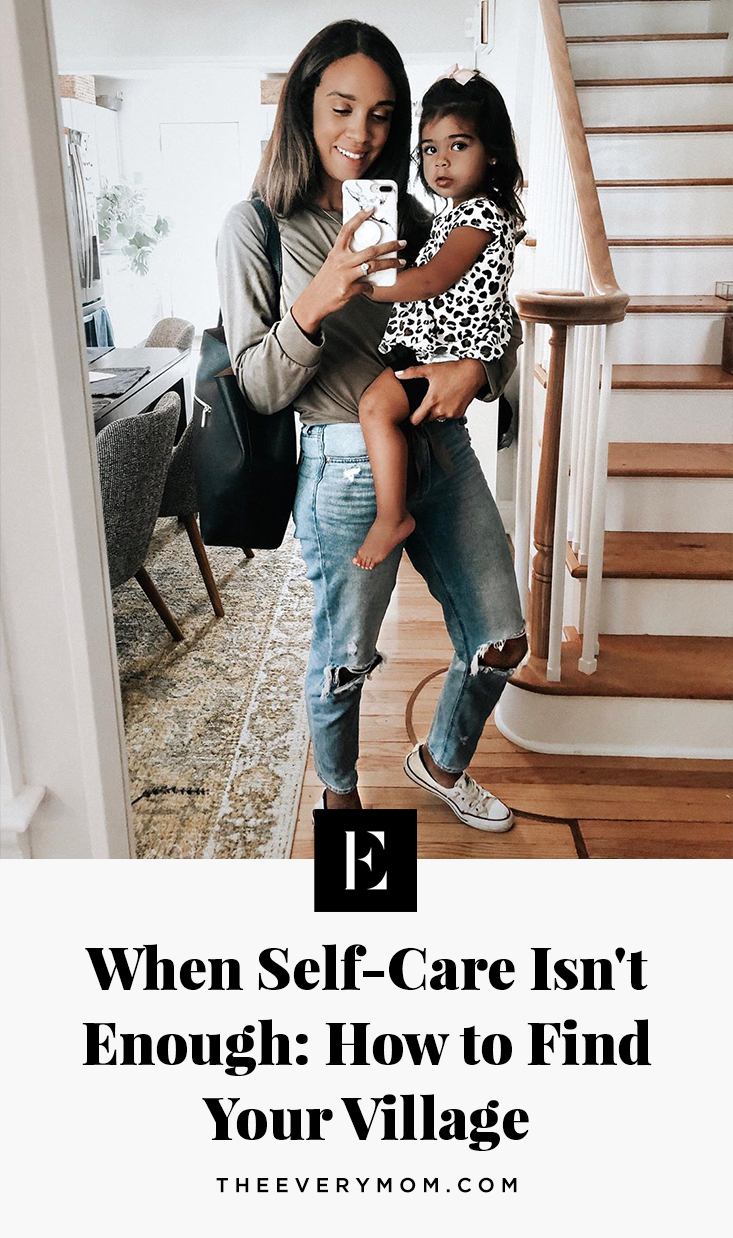 The year before my oldest child started kindergarten, my husband and I moved from the suburbs of Chicago to San Francisco. With two kids under 4, we decided to make this big move to be closer to my husband’s job. His company is headquartered in San Francisco, and he would commute there every other week, which was not ideal for our young family.

I was hesitant at first because raising my children in the suburbs of Chicago had been very convenient for our family. My parents lived 10 minutes away, and my in-laws were another 20 minutes away. Help was always a phone call away, and I knew that my extended family would care for my children with as much love and patience as I do. In San Francisco, we knew no one and had no family there, but I knew of plenty of parents who have raised children without the help of family and close friends, so I didn’t think it would be such a big deal for us.

We moved in September, right as the school year was starting. It was already too late to enroll my children in any type of pre-school since enrollment was so competitive. We were put on several waitlists and were told that if there was an opening, they would be in touch.

There were no openings.

My children were home with me all day while I freelanced from home. From meeting deadlines to keeping my kids entertained and navigating my way around a new city, I was overwhelmed with mounting stress and loneliness.

San Francisco is an expensive city. We couldn’t afford daycare for two children, and with nanny costs hovering around the $30 per hour mark, it was apparent that any help I was going to receive was going to cost a lot of money. I was aching for help in any form – a neighbor, a friend, a family member – anyone who could help me bear the weight of motherhood and all it encompasses.

Then, one day, I woke up with a 104-degree fever. My husband was on a weeklong trip to London, and I had the flu. With all that was on my plate, I had forgotten to take myself to get a flu shot, and now I was suffering the consequences. I had absolutely no one to turn to for help while I was shivering, throwing up, and trying to nurse my fever down. I couldn’t lift myself off the floor to feed my kids. I called a nanny service to see if I could hire someone for the day to help me with the children, but there was no one available who was willing to nanny for someone who was so sick. 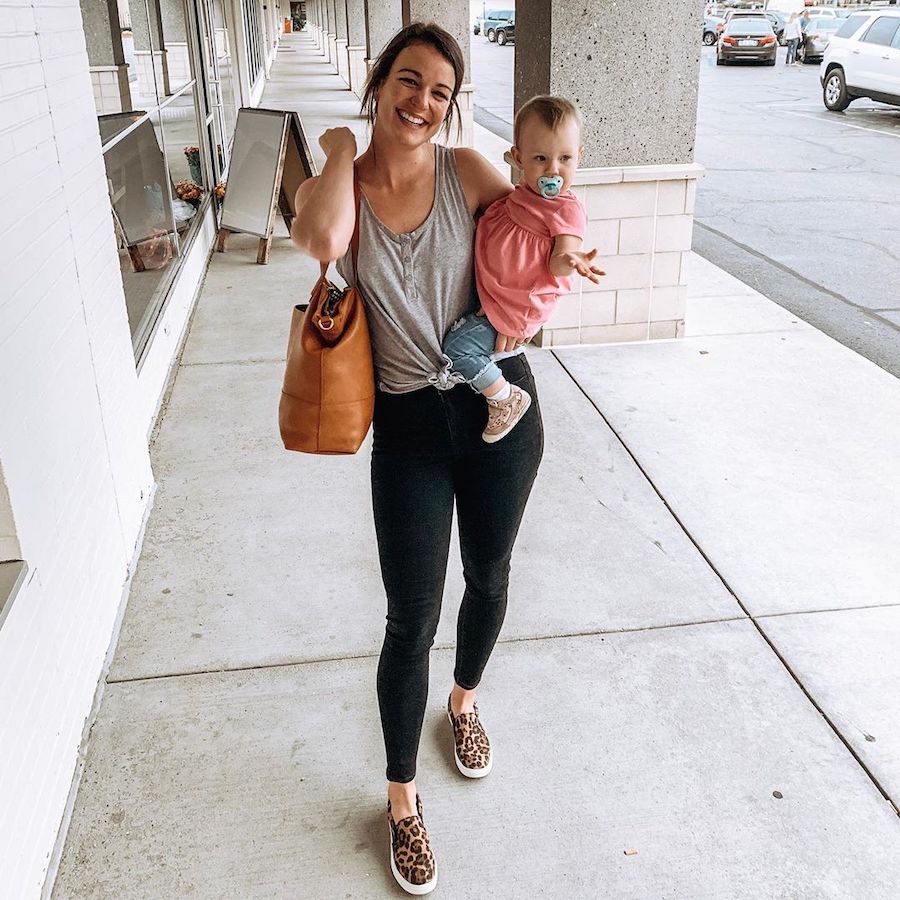 As a last resort, I asked my son to knock on our neighbor’s door.

Her name was Emily, and she was a 25-year-old social media manager who worked from home. She looked absolutely terrified when my 4-year-old son asked her to come into our apartment to make him and his sister a peanut butter and jelly sandwich. When Emily hesitantly entered our apartment, she gasped when she saw me drenched in sweat, curled up on the living room floor. I explained to her my predicament, apologized profusely for the inconvenience, and thanked her profoundly for her help. She made my kids some sandwiches, helped get them dressed, and plopped them in front of the TV. She brought me a glass of water, some ibuprofen, and propped me on the couch next to my kids. She came back later that evening to check in on us.

In total, Emily spent a good 30 minutes of her day helping me, but it felt like a thousand minutes. When my husband returned from London a few days later, he felt so awful about what had happened that he sent me away on a Saturday afternoon to get a massage, but no amount of massages or surface-level care were going to help.

I needed something more. I needed external support.

I was tired and run down. I needed my village. I needed a more deeply rooted peace of mind, a type of peace in knowing that there is a support system in place for when I’m falling. I never realized how important community was until I didn’t have one of my own.

So, I began making some important changes so my son would never have to knock on a stranger’s door again to ask for a peanut butter and jelly sandwich.

I sought out friends

There’s a certain mystery to it that I will never understand. I managed to make just one friend during my time in San Francisco. Her name was Amy, and she had a son the exact same age as my son. She lived down the street from us, and we met at the park often.

She believed in fairies and leprechauns and would invite me over for Saturday night séances at her house, but she would also drive me to the grocery store so I wouldn’t have to take the bus and would have the kids over for the afternoon so I could get some writing done.

Despite her odd quirks, she was the friend I never knew I needed during that lonely time. 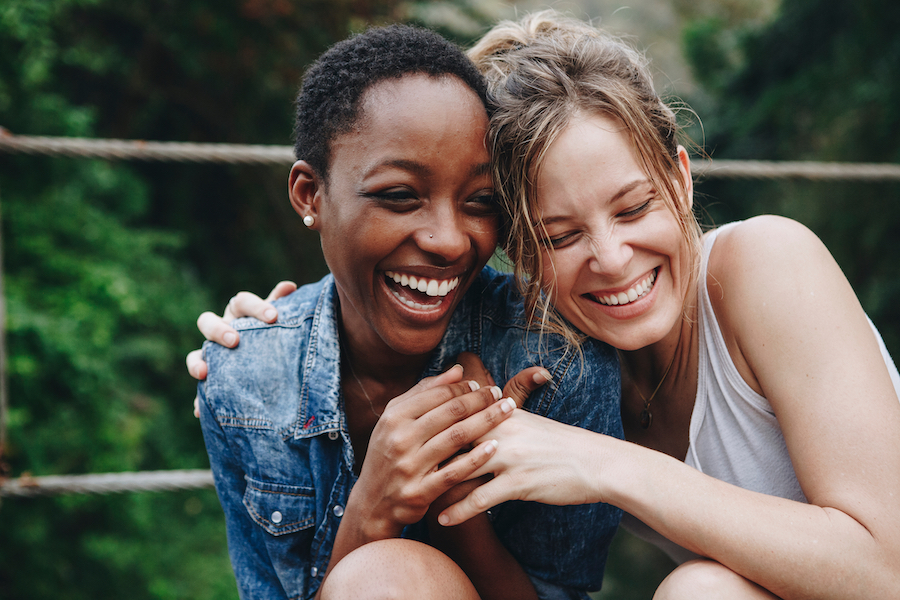 I asked for help

This may seem obvious now, but I didn’t think to ask more of my husband.

I didn’t think I deserved to ask for more help when he was so busy being the breadwinner for the family. But although my husband is the breadwinner of the family, I am the anchor, and managing the invisible labor of the household can be extremely overwhelming. I asked for more of him, and surprisingly, he gave it. I gave my children more responsibilities, asked for more flexibility at work, and I hired help for two hours a week.

And you know what? The world didn’t crumble when I wasn’t doing everything on my own.

I let go of trying to be the perfect wife and mother and accepted being “good enough”.

I stopped being so hard on myself for not living an Instagram-worthy life and embraced my messy and colorful reality. Being a “good enough” mom helped me get through those early years with my children – those years when schedules are fluid, nap times disappear, and they need so much of your time and attention throughout the day.

Little luxuries like massages, manicures, pedicures, bubble baths, and yoga classes are all excellent forms of self-care. However, if your external support system is not in place, no amount of self-care is going to help.

Motherhood requires community care. It requires the collective help of a loving support system that has your back. It doesn’t matter if you have a support system already in place through family or have to create one on your own – parenthood is immensely easier when there is a community of love supporting you.