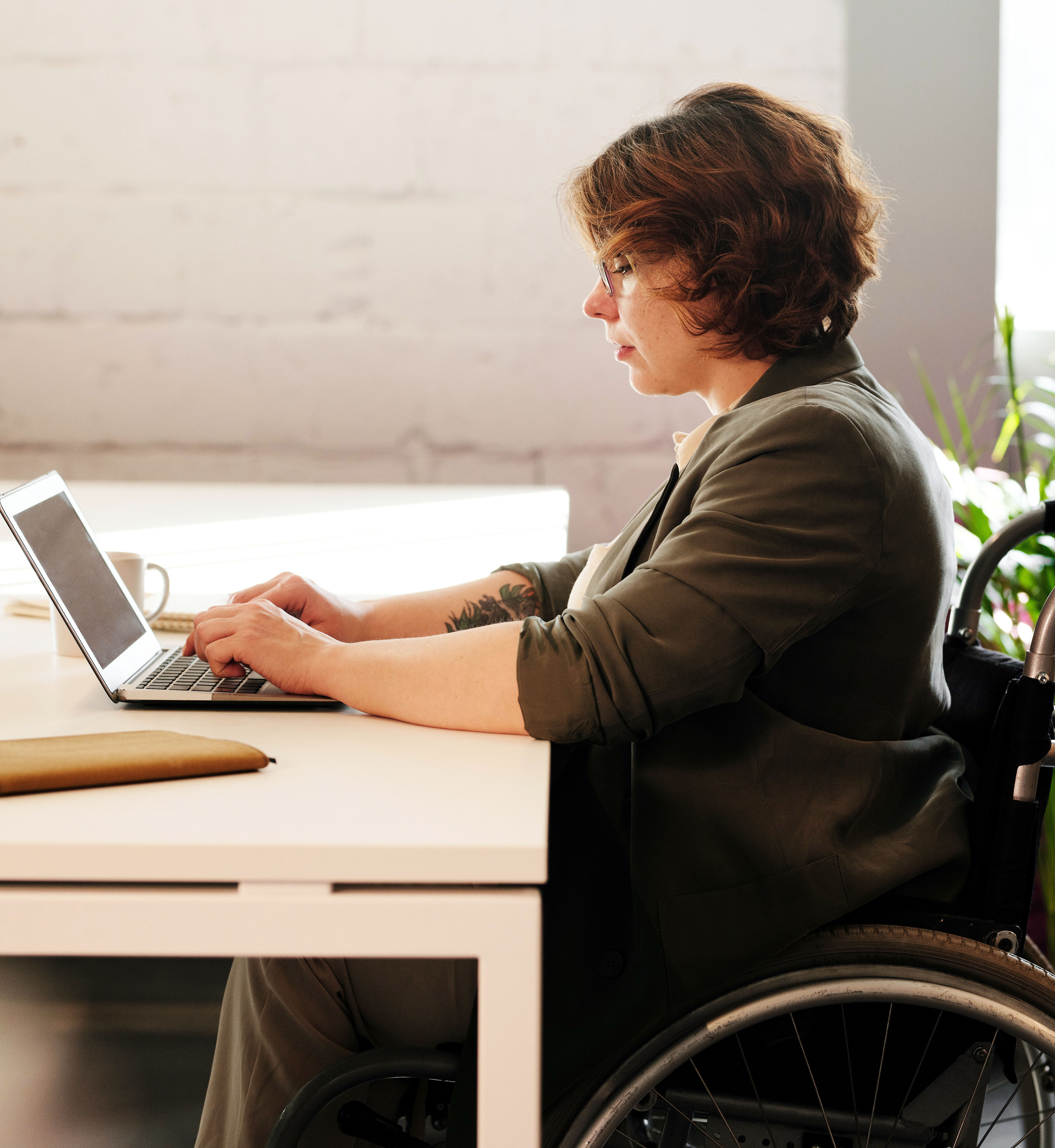 Evidence shows that discrimination against working mothers persists, and it isn’t good for anyone. It’s time to work together to bring about a deep cultural shift.

After spending the past four and a half years working as a self-employed marketing consultant and journalist through the early years of my second child’s life, I recently started back at work in full time traditional employment.

As I sweated through my first formal job interviews in around five years, I felt as though a cloud of insecurity hung above my shoulders; my fear was that, despite the fact that I only ever took six months fully off work for maternity leave, my years of flexible working and self-employment may have lost me my competitive edge on the job market. This awareness then made me wonder: How much more difficult must the job hunt be for people who have a bigger “career gap” on their resumes?

It’s no secret that mothers often have gaps on their resumes. Many of us don’t have a choice about whether or not we return to work, and some don’t have access to affordable or high-quality child care and therefore stay at home and perhaps try to scrape together whatever flexible work they can do around their kids’ schedules. Others (especially single parents) can’t afford to lose their jobs, so they either rely on their families for child care or live consistently on the edge of the poverty line, working hard to provide financially for their family while spending most of what they earn on child care. The United States is one of the few developed countries to not have federally mandated paid family or sick leave benefits.

This is a problem that President Joe Biden promised to tackle on his 2020 campaign trail; while his original goal was to introduce 12 weeks of guaranteed paid family leave, this has been whittled down to four weeks as debates over the Build Back Better bill rage on (If you’d like to stay informed and find out how you can help campaign for paid leave, follow PL + US and Chamber of Mothers for information and updates).

Even where there is a choice, for many mothers, that choice is more complicated than it may seem. Most mothers I know, even the most career-driven ambitious women, would ideally like to have some time away from work to recover from giving birth, adjust to their new responsibilities, and care for—and bond with—their babies during the newborn phase. This doesn’t mean that they want any less from their working lives, but as many women who return to work after taking any amount of time off from paid work discover, less is what most of us inevitably get.

In a recent report that drew on confidential interviews with 66 women from diverse backgrounds between the ages of roughly 27 and 60, The Female Lead shared that while “overall bias against women in most workplaces was on the ebb… The one type of bias that continues to endanger career progression is expectation bias directed towards women returning from maternity leave, which directly contributes to an ‘unentitled mindset’.”

The one type of bias that continues to endanger career progression is expectation bias directed towards women returning from maternity leave, which directly contributes to an ‘unentitled mindset’.

Most women experience what experts refer to as the “motherhood penalty” (lower wages, fewer job and promotion opportunities, negative bias at work after becoming a mother) some time in their thirties and forties, which would explain why the trajectory of women’s careers tends to flatten at the mid-stage (compared to the steady increase of a typical male career trajectory). 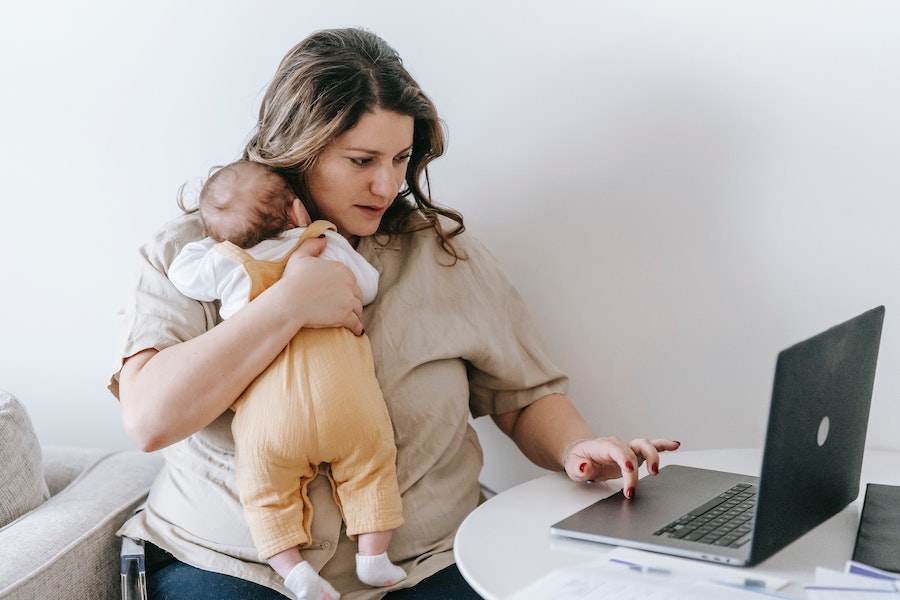 Thankfully, as I’ve experienced during my own job hunt, many companies are already taking positive steps to encourage and empower a diverse range of applicants with a wide range of needs. The Female Lead’s Women At Work report also offers plenty of evidence-based practical solutions to the problems that they detected in their research; change is possible if we are willing to engage with the roadblocks women still face at work today and get creative with our solutions.

So, what can we do to better support working mothers? Apart from the obvious fundamentals such as legal protection from discrimination, affordable and high-quality childcare and healthcare, and paid parental leave, here are three vital things working mothers need to help them build deeply fulfilling careers and promote gender equality in the workplace and society at large.

I’ve written before about the hidden downside of flexible working for mothers, and The Female Lead’s research makes it crystal clear that this is a vitally important issue: “A ‘flexibility penalty’ exists for both part-time work, and full-time workers who enjoy a degree of freedom around their work schedule,” they share in their Women at Work report.

According to The Female Lead, “All types of flexible working including part-time work, time-shifted or compressed hours, or the option to work remotely positions the women who adopt it as ‘less than’ other employees. Participants report that this flexibility penalty lasts longer than the duration of the flexible arrangement, having a long-reaching impact over the length of a woman’s career.”

Flexible working only helps mothers careers in the long term if it’s normalized for everyone, especially for men. We need to move away from the gendering of flexible working and career breaks, encouraging men and women from all walks of life to take sabbaticals, paid leave, and to make full use of location and time flexibility for the flourishing of a healthy and fulfilling life outside of work, whether or not you have a family to care for. As The Female Lead writes, “If remote work is normalized, the ‘myth’ that those who worked from home, or on flexible hours [i.e. mainly mothers], were less efficient and less committed and less likely leaders, could be ‘busted’.”

This is one of the simplest things an organization can do to empower women, and especially mothers, in the workplace: When hiring, be transparent about the salary you can afford to pay for the position rather than asking an applicant for their desired salary. Be transparent about what the pay grades within your organization are and what the parameters for promotion and wage increases are so that no one is left in the dark to guess. Research shows that women, and particularly mothers, hesitate to negotiate for themselves when it comes to money and will consistently ask for less than their male counterparts, which is why transparency is so important. 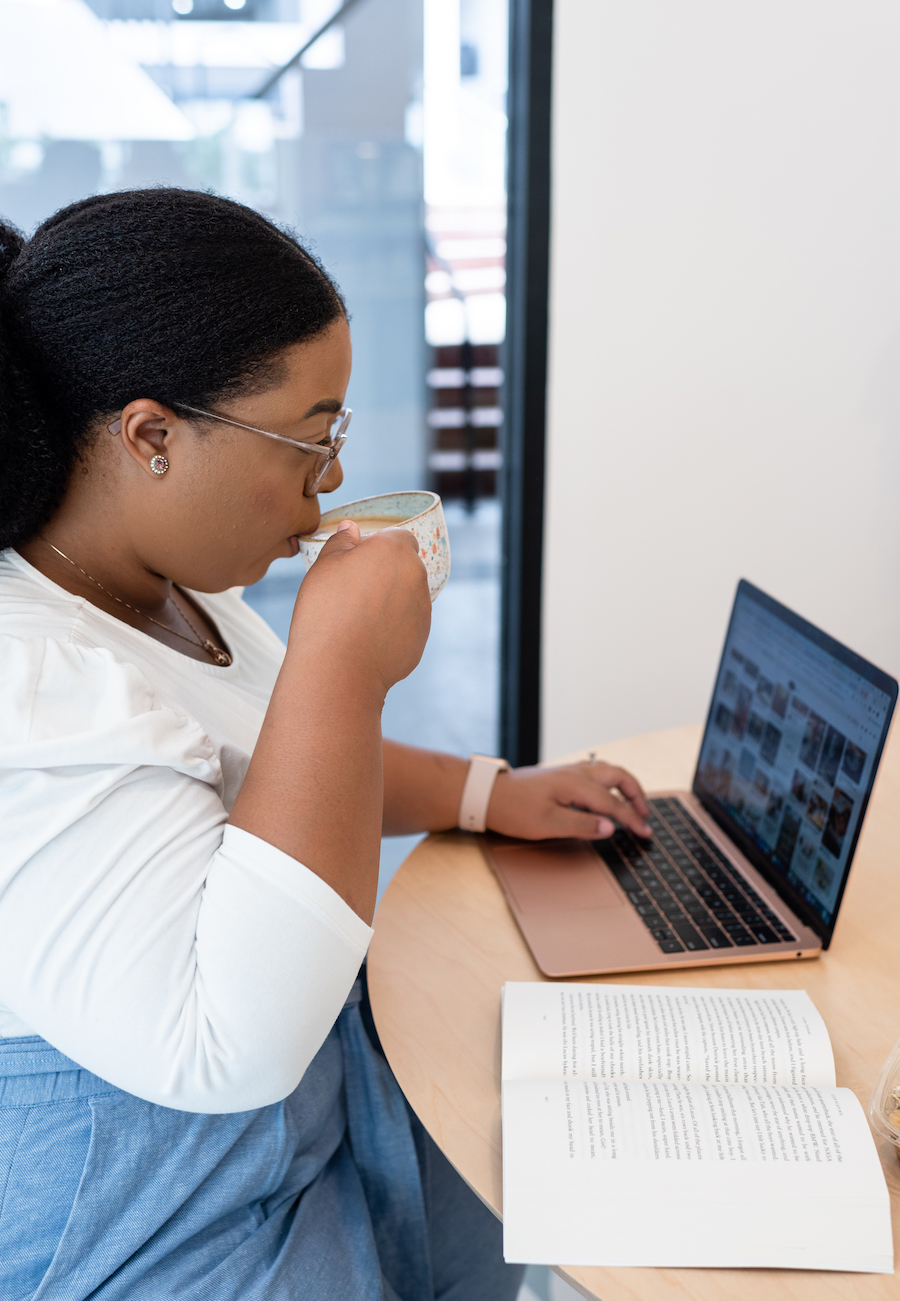 “Participants described an ‘unentitled mindset’, whereby their workplace experience leaves them feeling unsure of their entitlement to promotion, to more family friendly conditions or increased pay,” shared The Female Lead. “Women also expended significant energy considering whether their case was watertight, before making requests, and they reported feeling unsure of the rules of negotiation or the parameters of success. Training and development are needed on both sides to understand and change the context in which promotion and pay raises are discussed.”

In a world rife with inequality and lacking in transparency, the less entitled will always miss out and privilege will persist in the form of gendered and racial wage gaps.

3. Work toward balancing the mental load

Whether at home or at work, the evidence suggests women are still taking on more unpaid labor than men, and I personally believe that addressing this issue and rebalancing the division of unpaid labor in heterosexual couples as well as at the office is one of the most important steps toward helping women (especially mothers) flourish and reach their full potential.

While modern men are generally shouldering more housework and child care than men a few decades ago, women are still shouldering the heavier burden by a long shot. In fact, a 2008 study by The University of Michigan suggested that while having a wife saves men an average of one hour of housework a week, having a husband creates about seven extra hours a week of housework for women.

…having a wife saves men an average of one hour of housework a week, having a husband creates about seven extra hours a week of housework for women.

As The Female Lead discovered, this state of play presents a huge challenge for working mothers: “Even where household (and child care) tasks were relatively evenly split in a relationship, the responsibility or ‘mental load’ still fell to the woman in the vast majority of cases. The complex daily organization of all caring and household responsibilities while parents are at work, fell predominantly to the women.”

I’ve often wondered what women collectively might be able to achieve if we weren’t the ones constantly required to remember to arrange upcoming birthday parties, thank you cards, playdates, and doctor’s appointments while simultaneously holding the grocery shopping list and meal plan in our heads, making sure we haven’t run out of toilet paper, and remembering to put the next load of laundry in the dryer.

So next time you worry that talking about housework and the division of labor at home (as well as the allocation of unpaid and low-reward tasks at work, like organizing the office party or the lunch order) is petty or unimportant, think again. Your time is a precious and limited resource; you’re just as entitled to rest and fair rewards for your work as your male colleagues and partners.

As The Female Lead put it, “Social conditioning means that women feel less deserving than men, creating a gap of entitlement that’s directly impacting women’s careers. This does not mean that women are the problem or are less ambitious or skilled. No indeed. It means that historic societal expectations, family mental load and opaque corporate systems make it harder for women to rise to the top.” As women and working mothers, we need to stop pushing ourselves to do it all, attempting to change ourselves to fit a broken system. It’s time to start asking for more—time, in fact, for that broken system to change. 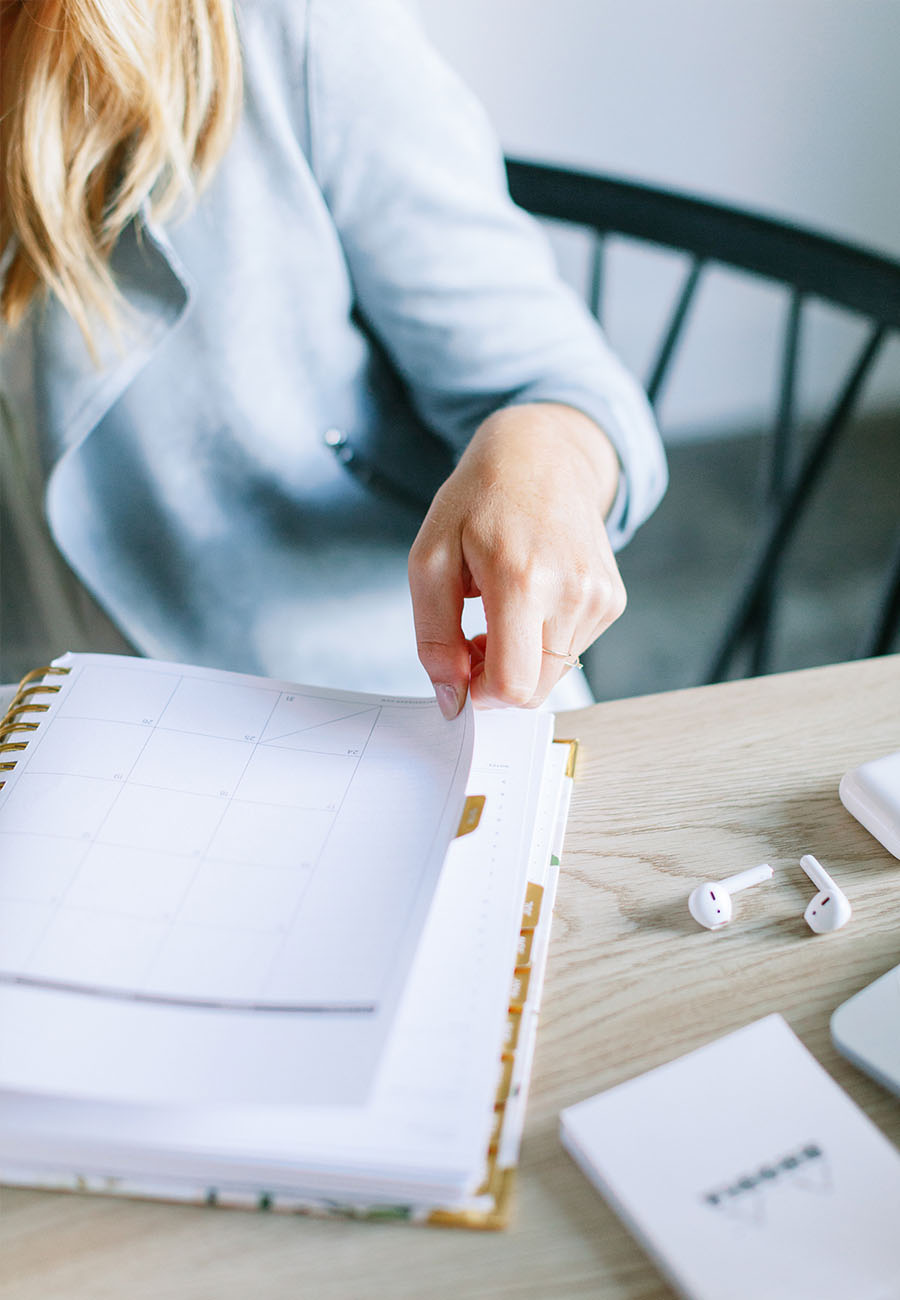 How to Advocate for Yourself at Work
Click to Read