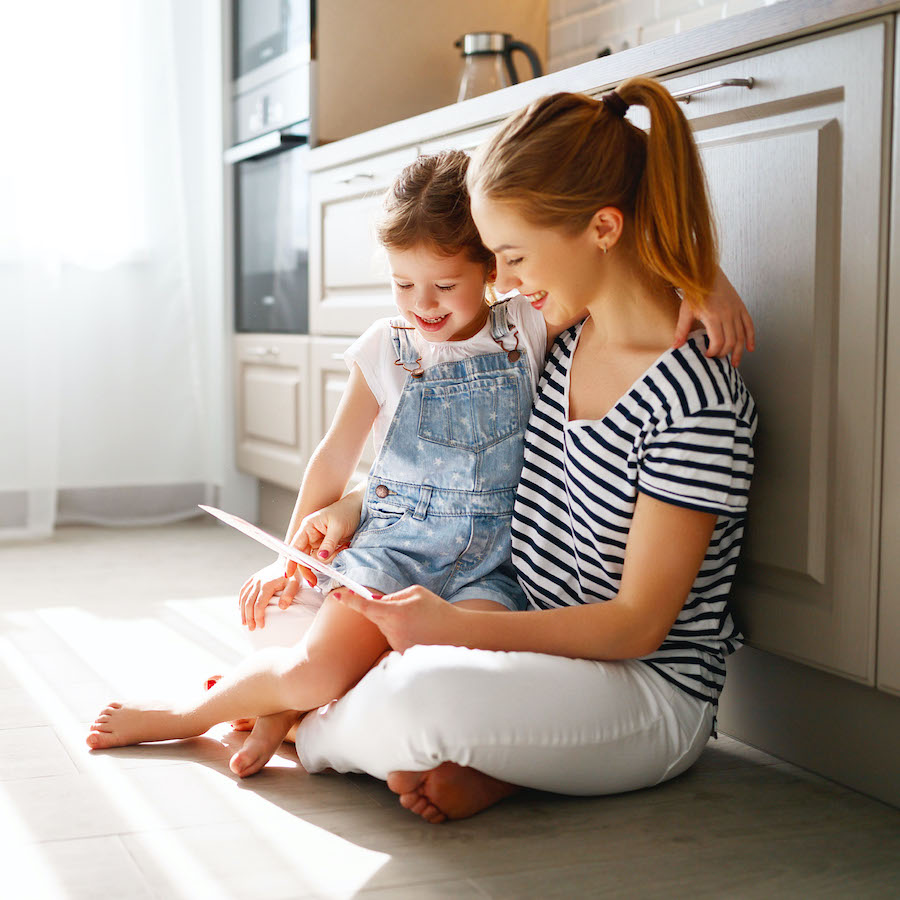 Weeks ago, my first-grade daughter pulled out a worksheet on pronouns from her schoolwork. “What do I do here?” she asked, thrusting the paper in my face. All I needed was to glance at the sheet to see that her homework was essentially an exercise in stereotyping. My heart sank.

My daughter’s classroom was practicing labeling—making assumptions about people from their appearance and placing them into two tidy categories: either he or she. And while I understand that learning pronouns is an essential skill for language and reading, what happens when we teach such an exclusionary model is that we dismiss a large swathe of the population that doesn’t fit into our very limited descriptors.

In a time when transgender and gender non-conforming people suffer violence, assault, and discrimination in alarming numbers—not to mention skyrocketing suicide rates—I believe parents have the power to shift the tide toward a more inclusive, gentler future for all. What harm does it do to any of us to teach our little ones that gender goes beyond boy and girl? And that someone’s outward appearance doesn’t tell the whole story of their identity?

Realizing I have been unprepared to have these conversations with my own daughters, I called on two experts for advice: Dr. Illana Sherer and Dr. Samantha Busa. Dr. Sherer is a pediatrician, cofounder of the Child and Adolescent Gender Center at the University of California at San Francisco, and an executive committee member of the American Academy of Pediatrics section on LGBTQ Health and Wellness. Dr. Samantha Busa is the Clinical Assistant Professor of Child and Adolescent Psychiatry, and Clinical Director of Gender and Sexuality Service at Hassenfield Children’s Hospital at NYU Langone Health.

Drs. Sherer and Busa walked me through a handful of simple steps to help young children understand gender diversity.

Dr. Sherer emphasized that conversations on gender identity should be woven into the fabric of our families from the start. “People who are non-binary or transgender should be included in the same breath as talking about people who are binary and cisgender,” Dr. Sherer said. “So from the beginning, ‘boys and girls and those who are both or neither’ can be part of the language of parents and teachers.”

There’s really no such thing as “too soon” either. Dr. Sherer explained that children as young as 18 months old notice differences between the sexes, and have the language to describe them. 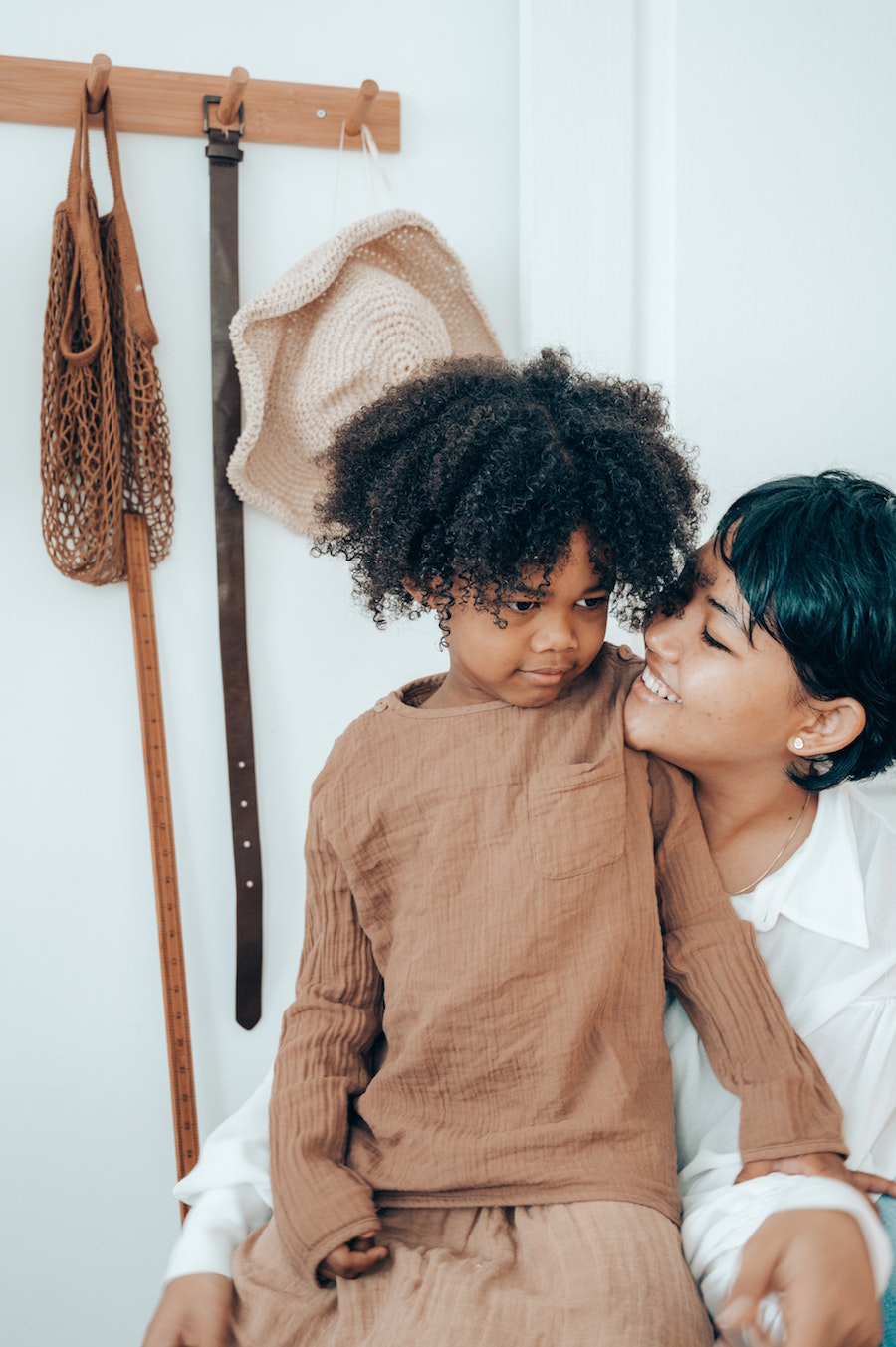 Oftentimes when we teach little kids about their bodies, we explain to them that they either have a penis or vagina based on their sex. However, Dr. Sherer encouraged parents to try a simple semantic switch. “Language can be adapted to ‘most people with penises are boys and most people with vulvas are girls,’ or ‘some bodies have a penis and usually they are boy bodies,’” she said.

“When a child encounters someone who doesn’t fall into traditional gender categories for the first time, or reads a book, or sees a TV program—which is likely to happen by kindergarten given the increased visibility—it’s less of a jump to understand because they haven’t established a link between anatomy and gender,” Dr. Sherer said.

Talking to young children about gender diversity doesn’t need to be daunting. It’s all about being thoughtful and honest and validating our kids’ curiosity. “[You can] say that people have lots of different ways that they like to be identified and things that they like to be called,” said Dr. Busa. She suggested tying it to something a child can understand—like being called a preferred nickname versus a full name that doesn’t feel quite right. “That’s one way to help a child understand from an empathy perspective why it’s so important to use the right pronouns.”

If you’re worried about they/them pronouns confusing your little one, Melanie Abrams, a mom to a non-binary 10-year-old in California begs this question: “Dost thou still use Elizabethan English?” While Abrams admitted it took her time to fully adjust, she reminded parents that language is evolving—and has been for quite a while.

“If you find a wallet at a library and return it to the front desk, you say ‘in case they come back for it, I found someone’s wallet,'” she said. “No one seems to have a hard time managing using they/them when referring to an anonymous someone.” 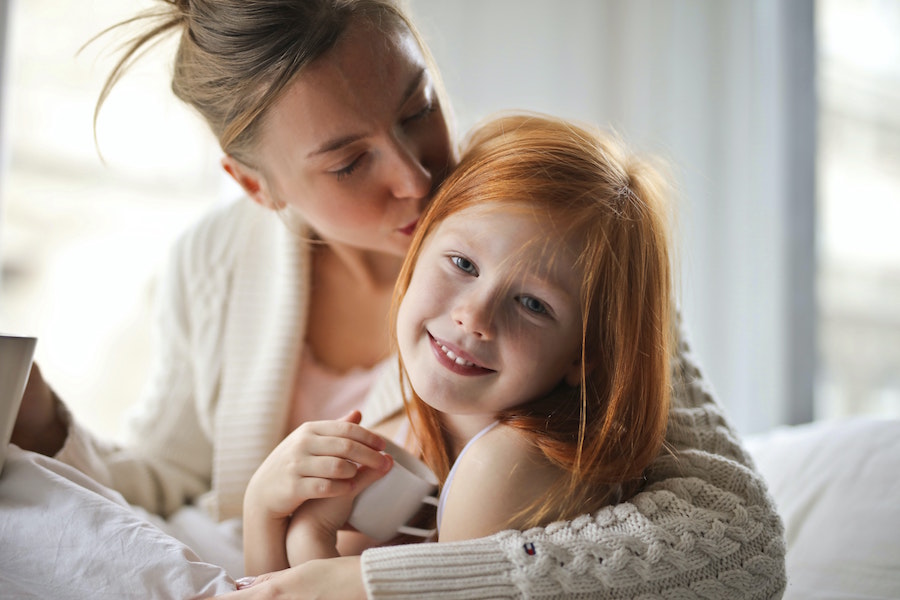 Be Prepared for Questions

I’m convinced that every parent lives in fear of their young child loudly discussing someone’s differences in the grocery store. One such moment springs to mind when my then 3-year-old’s voice boomed through the produce section demanding to know whether a particular person was a boy or girl. The panic doubles when your child not only questions someone different from themselves, but then laughs along with it.

I’ll be honest and say that when I posed this situation to Dr. Busa, I was impressed by her composure. “I might ask what made that feel silly to you?” She said quite matter-of-factly. “Explain that people can wear and dress in ways that make them feel comfortable—and try to normalize and destigmatize that as much as possible.” She stressed that it’s also totally normal for small children to pick up on the diversity around them and there is nothing inherently wrong with them asking questions.

It’s also totally normal for small children to pick up on the diversity around them and there is nothing inherently wrong with them asking questions.

Dr. Sherer suggested that parents use these moments as a springboard for larger conversations about assumptions we make about others. “Young children may express curiosity about people’s identity, especially when encountering a person whose gender identity isn’t apparent from their expression,” she said. Her advice? Help kids understand that the assumptions we make about people based on their appearances aren’t always accurate.

As with every aspect of parenting, modeling goes a long way. For the best chance at raising inclusive, accepting kids, let your actions do the heavy lifting. “The simplest, most meaningful thing you can do is to signal safety and love,” said Chris T., a transgender woman in Chicago. “Put your pronouns in your bio, a rainbow flag in your yard, or say something out loud.”

Even the smallest actions can have a big impact—both on those you encounter in your everyday and on how your children learn to see the world. “You can affirm gender with compliments, and it’s a good practice anyway,” Chris said. “A stranger who likes my skirt or says my hair looks cute can have me skipping the rest of the day.”

Dr. Busa emphasized that there is zero research to suggest that allowing kids to explore gender and sexuality will sway them toward anything but an open mind. “If anything, it allows them to facilitate healthy identity exploration,” she said. “And healthy kids feel comfortable doing whatever makes them happy.”

To continue the conversation in your own home, Dr. Busa suggested adding some new titles to your child’s bookshelf as a way to expose them to transgender, non-binary, and gender-expansive characters. Here are a handful that come highly recommended: 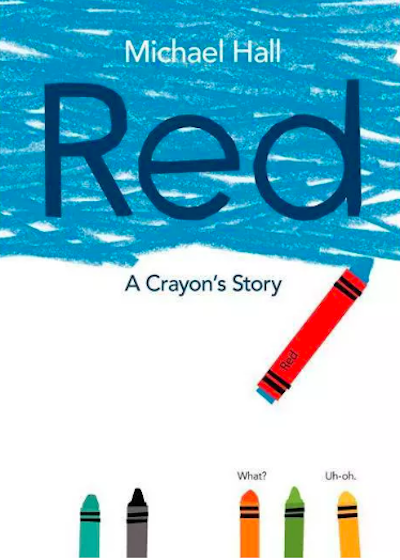 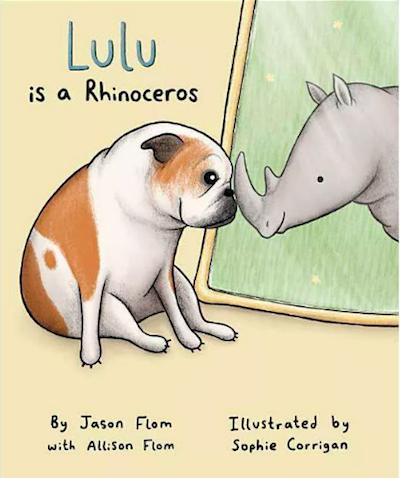 Lulu Is a Rhinoceros 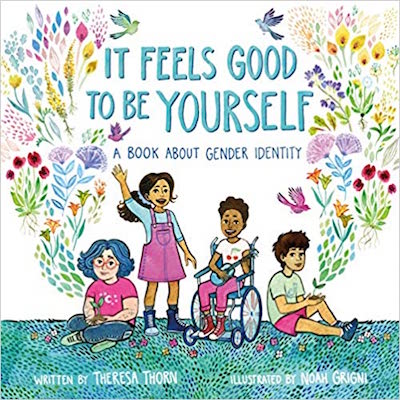 It Feels Good to Be Yourself 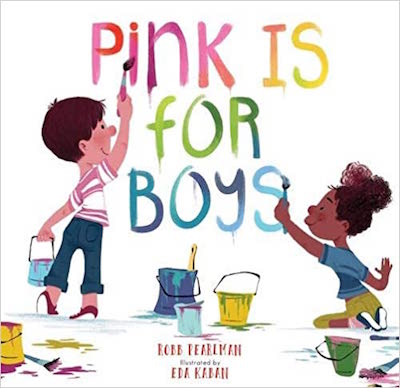 Pink Is for Boys 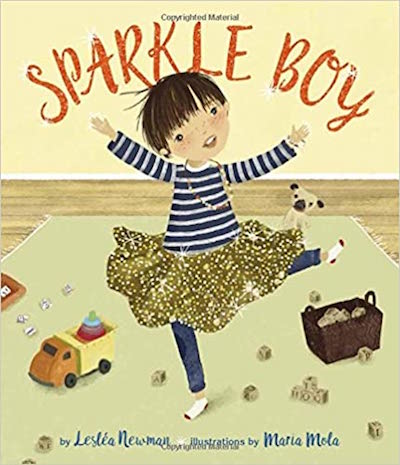 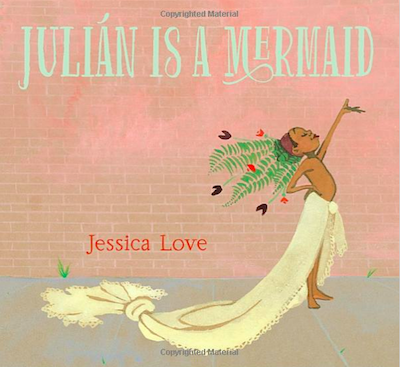 Julian Is a Mermaid

This article was originally published in April 2021. It has been updated for timeliness. 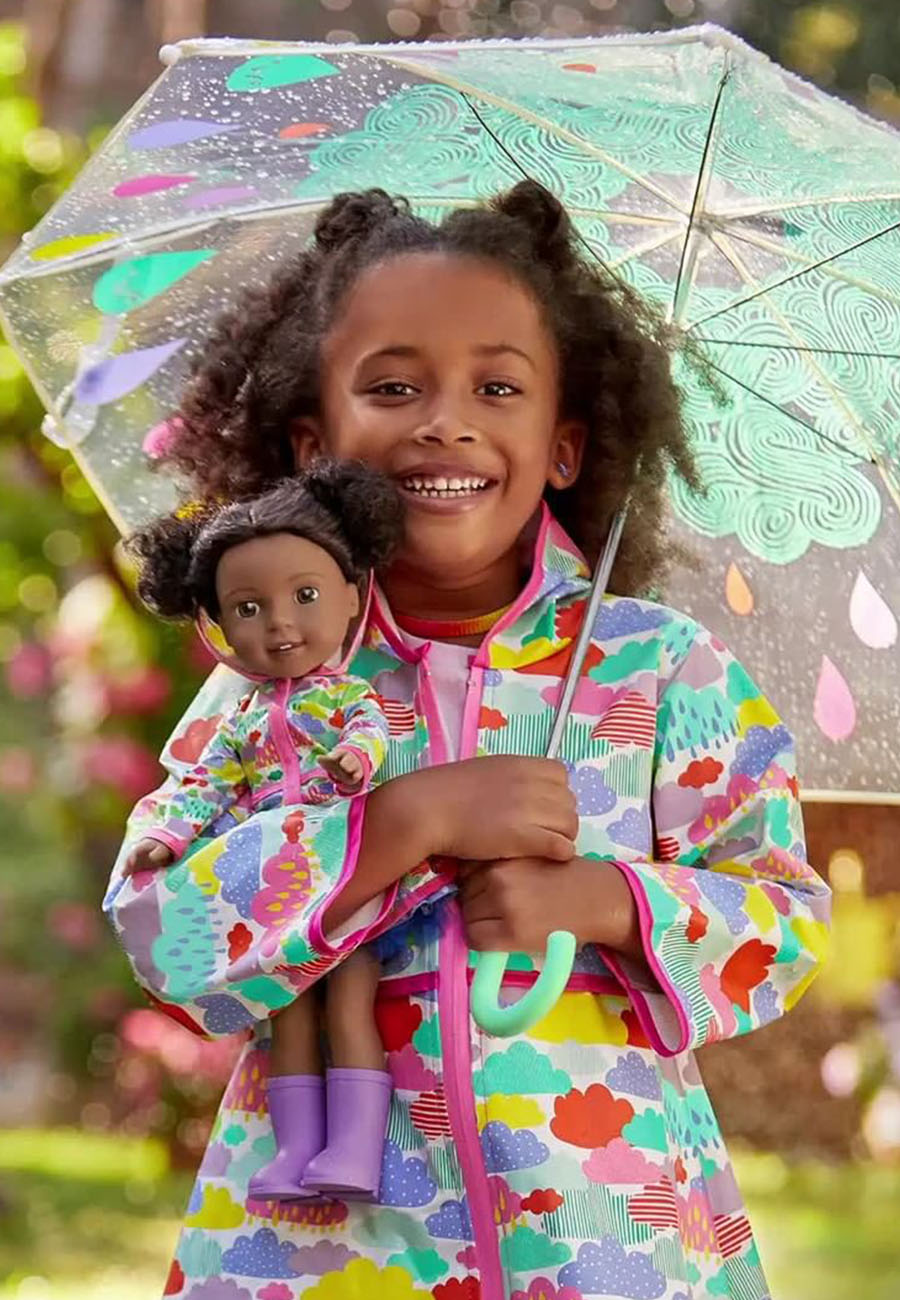 15 Inclusive Dolls That Champion Our Differences
Click to Read