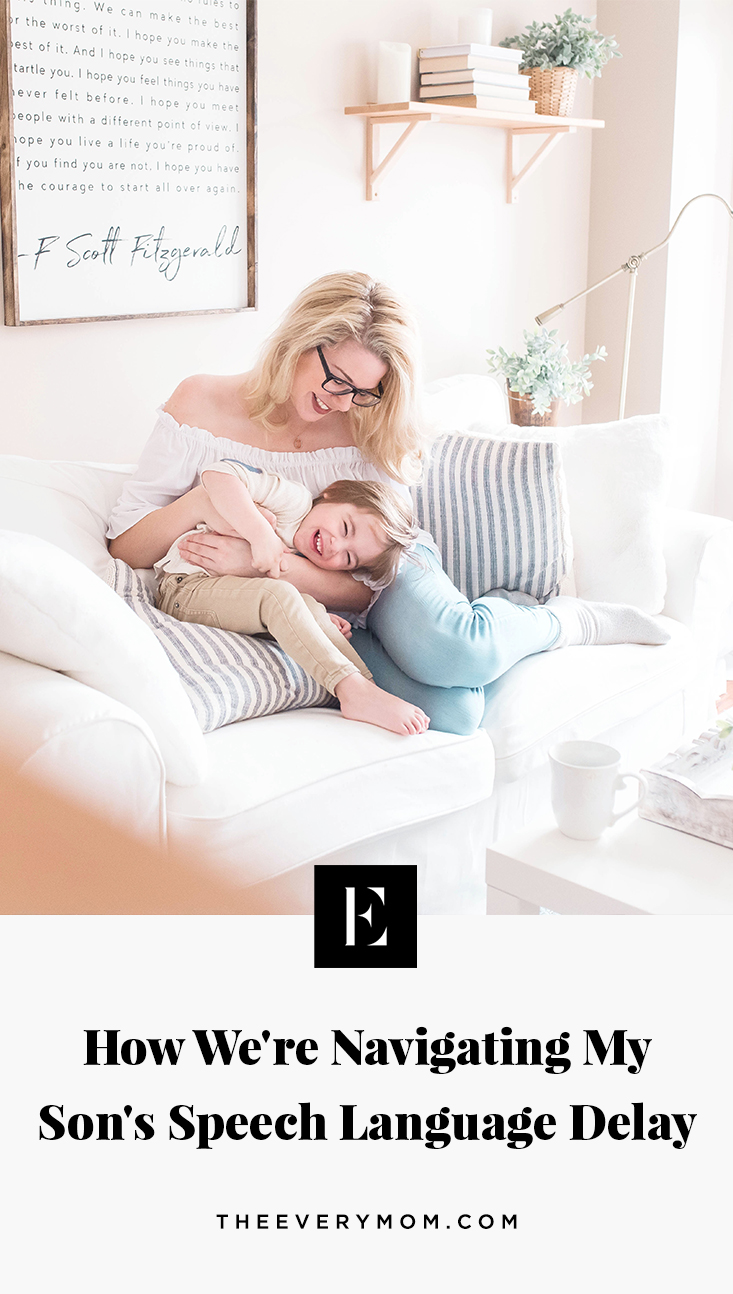 Our son wasn’t really talking much, that was for sure. Bode was too active—that’s what we thought. If he wanted a toy or to go somewhere, he’d just do it himself, no need to ask Mom or Dad for help.

His pediatrician wasn’t overly concerned, but at his 21-month appointment, when Bode only had a handful of words to add to his repertoire and was showing no interest in learning many more, his doctor highly recommended we consider a speech evaluation. He wasn’t even 2 years old yet, but his doctor was a proponent for starting any type of support on the early side, so that we didn’t find ourselves with a 3-year-old with a much bigger problem.

I wasn’t too concerned either. I figured we’d have our son evaluated and maybe begin some speech therapy sessions if needed. But what we were about to embark on was a whole lot more than I had anticipated. Navigating your child’s developmental delays is a process that involves a lot of learning for everyone involved, but the outcome? Better than we could ever have imagined.

Being our firstborn, Bode’s early activity didn’t catch us off guard; we had nothing to compare it to. So when he took his first steps at 9 months old and was walking all over the place at 10 months old, we weren’t aware that this was incredibly early. We had an active, curious little guy on our hands, and we loved it. He wasn’t too interested in learning new words, but he had his own little language system, full of grunts, noises, hand gestures, and more. As his mother, I understood him quite well. Other adults? Not so much.

Navigating your child’s developmental delays is a process that involves a lot of learning for everyone involved, but the outcome? Better than we could ever have imagined.

Red flags weren’t raised until we began to take notice of his peers, of their little developing conversations, and we realized that Bode wasn’t moving forward in that area at all.

At his 18-month appointment, his pediatrician alerted us to keep an eye out for any language progress and recommended a follow up at 21 months instead of waiting until his 2nd birthday. At that 21 month appointment, with only a handful of new words in the past few months, an evaluation was officially prescribed, kickstarting the whole process. 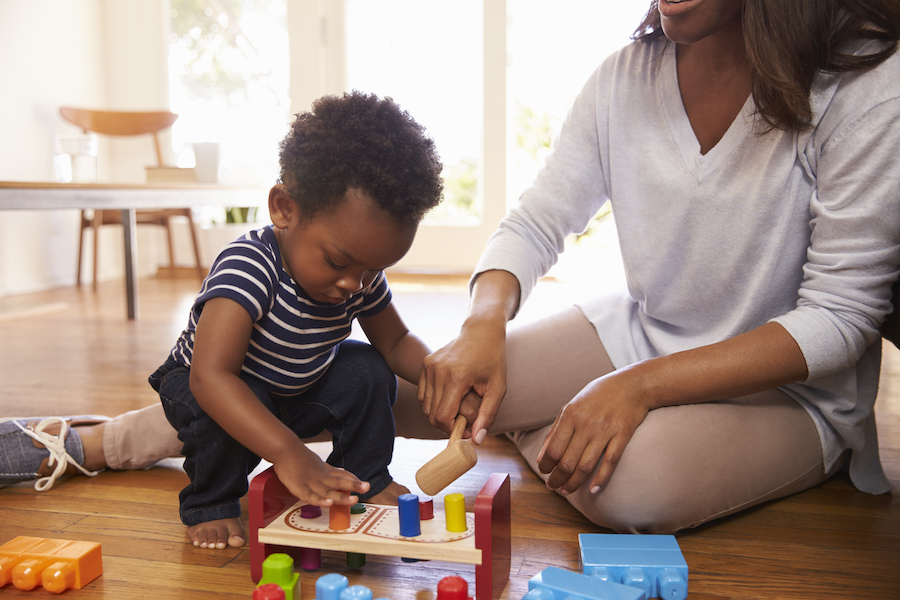 Beginning the developmental therapy process was quite an introduction to the frustrations many fellow parents feel in regards to the health care system these days. It would take months to schedule an initial evaluation with a therapist within the health care organization we were patients of, and then we were informed that if our son did need services, it would take several more months to get him onto the recurring schedule. We decided to make an evaluation appointment with this organization’s department, but then also looked into other options for a second opinion and possible second option.

I found a nearby private clinic for children with speech and language delays and scheduled an evaluation with them as well. They were able to get us in sooner and promised a quicker turnaround in terms of getting Bode on the therapy schedule if needed. However, they did not deal with insurance so it would be up to me to manage the financials, another project in and of itself.

Beginning the developmental therapy process was quite an introduction to the frustrations many fellow parents feel in regards to the health care system these days.

Both evaluations came up on the calendar. Both were incredibly informative and insightful, but we ultimately decided to proceed with the private practice. They provided a more thorough diagnosis for Bode and a more focused treatment plan that included meeting with a therapist three times a week, with regularly scheduled goal meetings and progress reports. The other evaluation, within the bigger medical organization, recommended one session a week for 16 weeks, and then Bode would have to be re-evaluated. I highly encourage other families to always get a second opinion. In doing so, we felt better equipped to make the right decision for our family in all aspects (pricing, schedules, overall feeling of a “good fit” between our child and therapist, etc.).

This diagnosis by the private clinic was more intensive than we had expected. Bode was diagnosed with a moderate to severe speech delay, with emphasis on his impairment in motor speech. In the most basic of terms, this means that his brain was having trouble instructing his mouth on how to form words correctly. Driving home from that initial meeting and evaluation, I began to realize that we were dealing with something bigger than we had anticipated. This was not a manner of a toddler just not wanting to talk; our little boy was struggling to figure out how to talk.

No one wants to admit that there is something “wrong” with their child. You don’t want them to struggle in any way, no matter how minuscule it may be in the long run. You begin to question your parenting practices, you wonder if you’ve done, or not done, something that has contributed to the situation at hand. We were reassured that this was not our fault, that this is just something that happens with different children, and it is not serious or detrimental in the long run, as long as we started dealing with it head-on now. 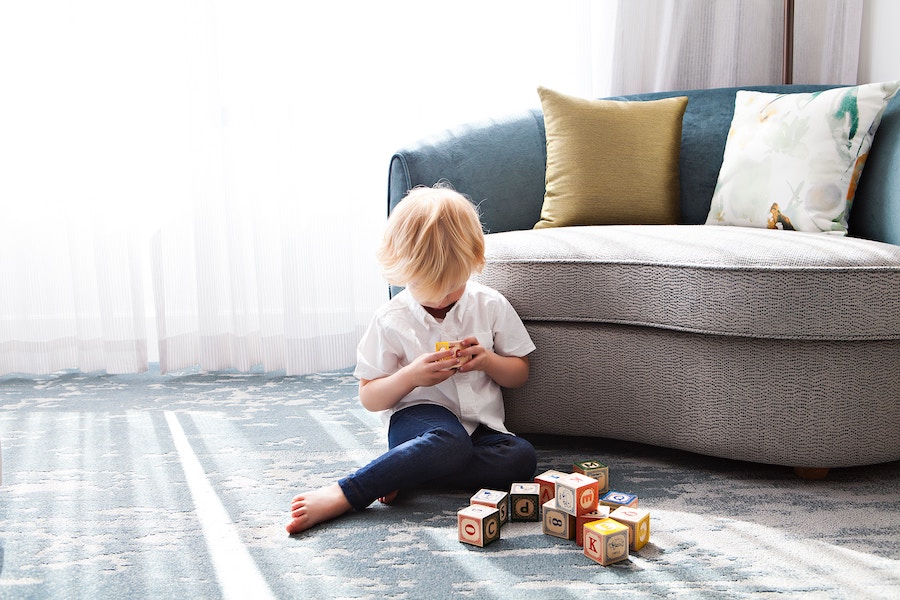 It took a couple of months to get Bode into the clinic’s regular schedule, but a little over a month after he turned 2 years old, Bode began speech therapy three times a week, 30 minutes each session (AKA the perfect amount of time for any toddler’s attention span).

I had been concerned about how Bode would do, going into a therapy room solo, but he shined from day one. He quickly grew to love his therapist, and it wasn’t long before we saw progress–and Bode began to come alive in a way we hadn’t witnessed before. Words began to come out of his mouth where grunts and pointing used to be. He started naming objects in the house and requesting specific items and activities.

He also began to use more sign language, which his therapist encouraged in combination with the speech, as sign language has been proven to be a positive tool for children who struggle with communication. The progression was steady and organic, and we’d often sit back for a second and take notice of just how far Bode was coming, week by week. He was on a roll and there was no going back.

We were reassured that this was not our fault, that this is just something that happens with different children, and it is not serious or detrimental in the long run, as long as we started dealing with it head-on now.

It was also recommended during this time that we have Bode evaluated by state services’ early intervention program as well. Early intervention is state-provided services and support for parents and children with developmental delays and disabilities. We went forward with these evaluations, diving into another easily confusing system that demanded a lot of reading and research on my part to understand all the inner workings and offerings. A social worker came to our home and observed Bode, and she decided that he did not qualify for state services, so we were not able to benefit from any no-cost therapy services.

While our experience with the private clinic has been overall quite positive, dealing with the ins and outs of insurance claims has been less than ideal. However, I’ve become quite versed in the world of insurance reimbursements, and today, I feel well-informed and able to handle the whole process.

Since the clinic does not deal with insurance directly, it is up to the parents to file a reimbursement claim. We pay out-of-pocket for each therapy session and then are reimbursed approximately 70 percent of that cost (this amount varies based on your own individual insurance benefits and coverage). I found it most helpful calling the insurance company’s customer service directly and getting step-by-step instructions. ICD codes and official medical diagnosis terms may seem intimidating, but learning what is exactly needed to file a claim becomes a whole lot more manageable when everything is clearly laid out and understood.

I now have a routine where I submit the receipts from the previous month’s therapy sessions, along with a form that I include every month, listing out all the essential information: therapist details, ICD codes (medical classification system for all diagnoses), session descriptions, and more. By having all this information in one place (in one email for each month), it makes it easier on the insurance end, and thus, we receive our reimbursement checks sooner rather than much later. It would, of course, be easier to just have the clinic manage all the financials, but now that I understand what is needed and how best to deliver it, it’s barely an issue (as long as I stay on top of it!). 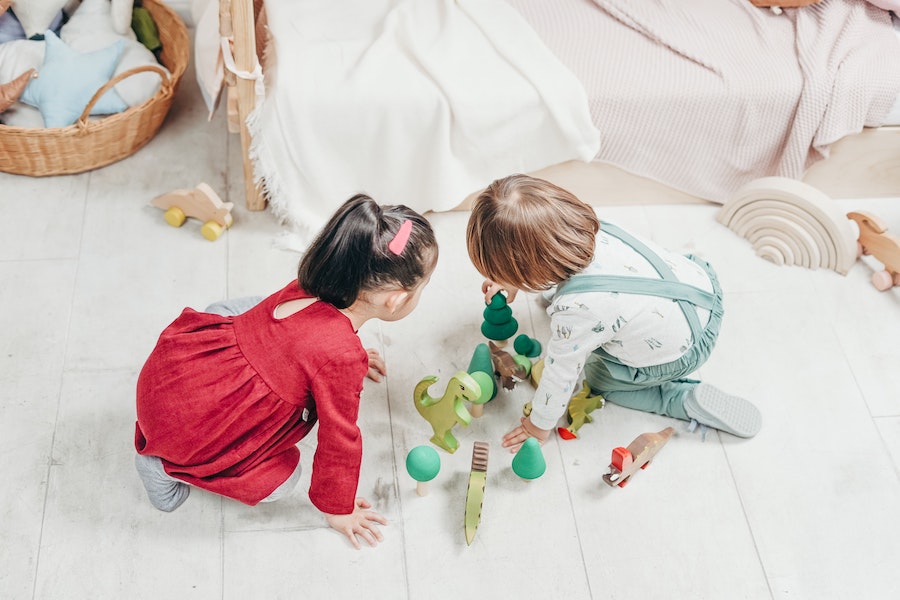 It’s been almost a year since Bode began the speech therapy process with his initial evaluations. The progress that he has made is fantastic. We have full-on conversations together now, he is constantly working to learn new words and phrases, and he continues to amaze and inspire us. We dropped down to therapy twice a week since we added preschool to the schedule this past fall, which has been another positive boost in his speech and social development. While he has made wonderful progress, we are also realistic and realize that he will most likely need therapy in this area for at least the next couple of years. We feel prepared and ready to continue to support him in any way needed.

I remember the pangs of panic and worry I felt when we first began this journey. I second-guessed my parenting and felt fear and stress for my little boy. But today I see my son who’s excelling and growing (and bursting with excitement talking about trucks and dinosaurs) because of our proactive parenting and am confident in his bright future. I have no doubt he can conquer whatever hurdle may come his way, and so can we.

Read More: My Baby Isn’t Walking Yet, Should I Be Worried?