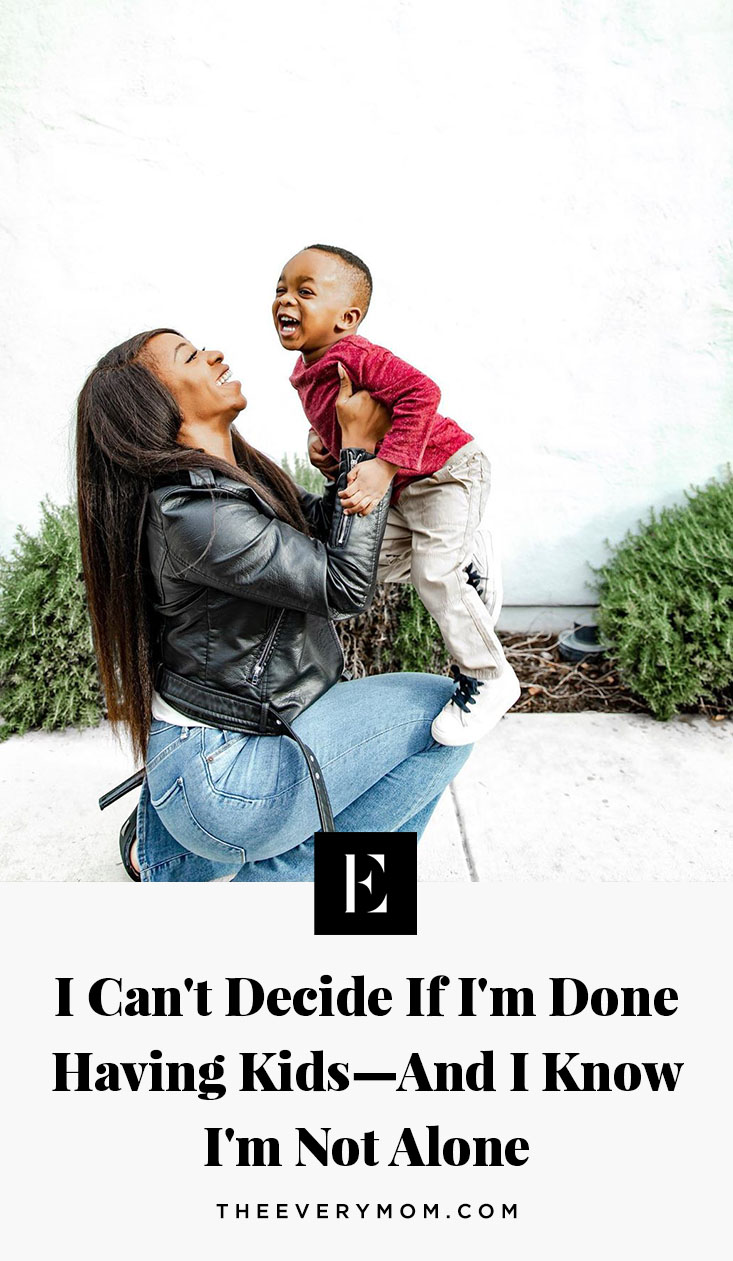 For my husband and I, we knew when we wanted kids. I had finished grad school and had been working for a few months. My mom had multiple miscarriages, and knowing that I was probably going to struggle due to my erratic cycle, we figured it was best to start trying sooner than later. After a year and three rounds of Clomid, my daughter was conceived. After four rounds of Clomid, my son was conceived. It was fairly easy to say “OK, time to start trying to have kids,” but it’s been far less easy to definitively say “It’s time to stop.”

I second guess everything I do or buy to death. I usually torture myself (probably those around me too) with my struggles to choose. Ultimately, I come to terms with my decisions and later categorize them as either “Smart move” or “Well, that was dumb.”  Deciding how many children is the right number of children for my family is a decision I’m taking seriously … and one with which I’m seriously struggling.

Because this decision cannot be categorized as good versus bad or smart versus dumb like most of my decisions, it gets more complicated, I like things that fit neatly into categories, and this choice does not.

I’m the eldest of three girls. Growing up, I always said I wanted two boys, and that was it. A family of four seemed easier logistically and faster to seat at restaurants (I’m very food driven). Boys also seemed like less work and drama. I was committed to this idealized family image for many years. When I actually started making my own family, my vision and steadfast conviction to that ideal family quickly faded.

I have a daughter and a son. They are healthy, happy, stubborn children, and I love them fiercely.  About a month after my son was born, my husband and I were up late with him, and I tearfully said “I think I could do this again.”  He said “OK.” It was a very simple answer to my non-question. He was likely afraid of my postpartum hormones and didn’t want to rock the boat. Truthfully, I do love the newborn stage, late nights and all. It’s a short time that you’re up all night and that sweet, snuggle phase goes by too quickly, as we all know. 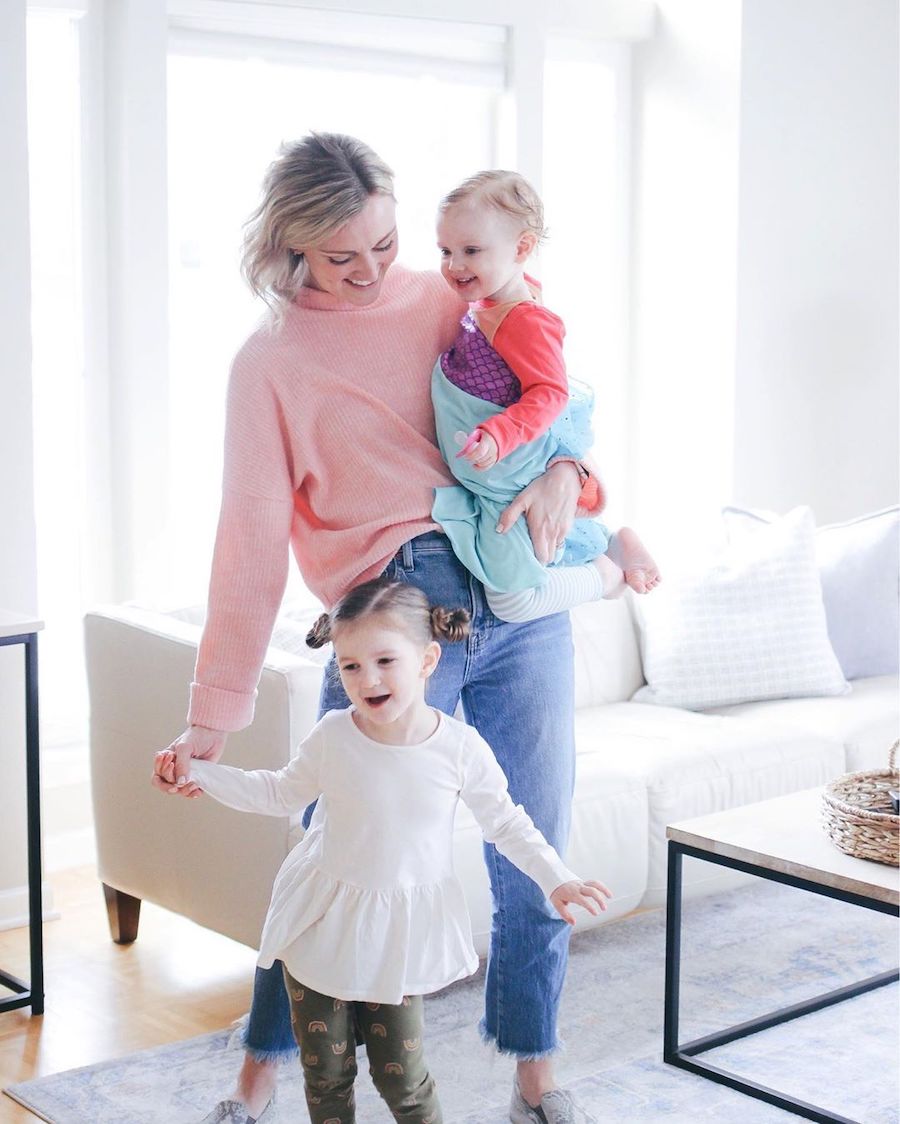 The first few months back to work, every time I passed the Maternal-Fetal Medicine Department in the hospital where I work, I would get a little teary-eyed thinking I’ll never be in there again for another first-trimester screening. I would hold my sweet babies and think “Why wouldn’t I want more of you?” We have an extra bedroom that could easily be occupied by another child. When I see bigger families, I think about how fun and chaotic having a houseful of kids sounds.

Of course, it’s not that simple. There are a lot of rational, completely logical reasons to be done having kids. I have two healthy and happy kids. I should want for nothing. Also, I had miserable pregnancies that involve a lot of debilitating nausea throughout, making my job and taking care of existing children a daily exercise in feeling like a failure.

The biggest reason I’m struggling with the idea of having a third child is the financial ramifications. A third child to support financially from birth until whenever would have a significant impact on our budget. I have frequently told my husband “We can’t afford another kid.” His response is always “Why do you think that? Plenty of people have multiple children who make far less than we do.” He’s right. But I think about how much we love the occasional lavish dinner, vacations, and home renovations, and I know that we would have to scale back.

It’s not a very romantic way to look at family planning, but it’s the one that truly makes me stop and say all done.

When I ask my husband what he wants, he gives the common husband response of indifference. His position is that he’s happy with what we have but if we had another he would be happy with that too. I’ve told him that’s torture, and I need him to help make a definitive choice. He won’t. 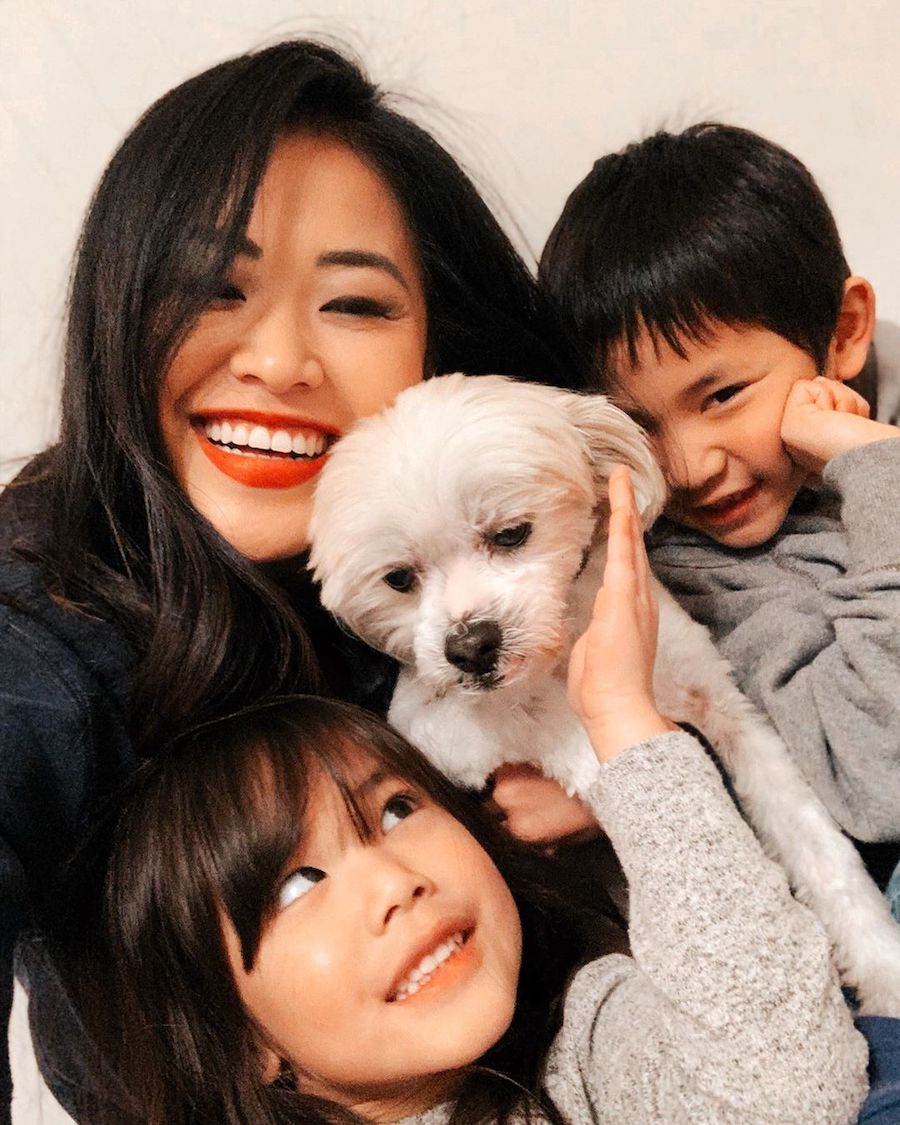 It’s funny how when people hear that I think I’m done having kids, they say how I have “one of each” and tell me how perfect that is to confirm my decision. Apparently, according to popular opinion, I should be more inclined to keep having kids if I had two girls or two boys. I genuinely don’t think I’d be more or less inclined to have a third if we had ended up with two girls. I guess I can’t know for certain though because we do have the coveted “one of each” (eye roll).

So if you’re out there wrestling with the question of whether or not to keep having more children, you’re not alone. Or maybe it’s just the two of us, I don’t know.

It seems like there is no right or wrong answer, but that doesn’t make it any easier to decide. I never thought this decision would be such a struggle–I thought it would just be a natural ending. The logical part of my brain says we’re all set, so why is this so hard to come to terms with?

One of my doctors said that women have a hard time with the finality of their fertility, whether it’s during menopause or earlier, like during this child-bearing phase. That’s just how we feel and it’s a common thing.

Either way, I think there will always be a small part of mothers who ache when we see or hold a newborn baby. It’s only natural. They’re so freakin’ cute, aren’t they?

Read More: A Letter to Myself as a New Mom