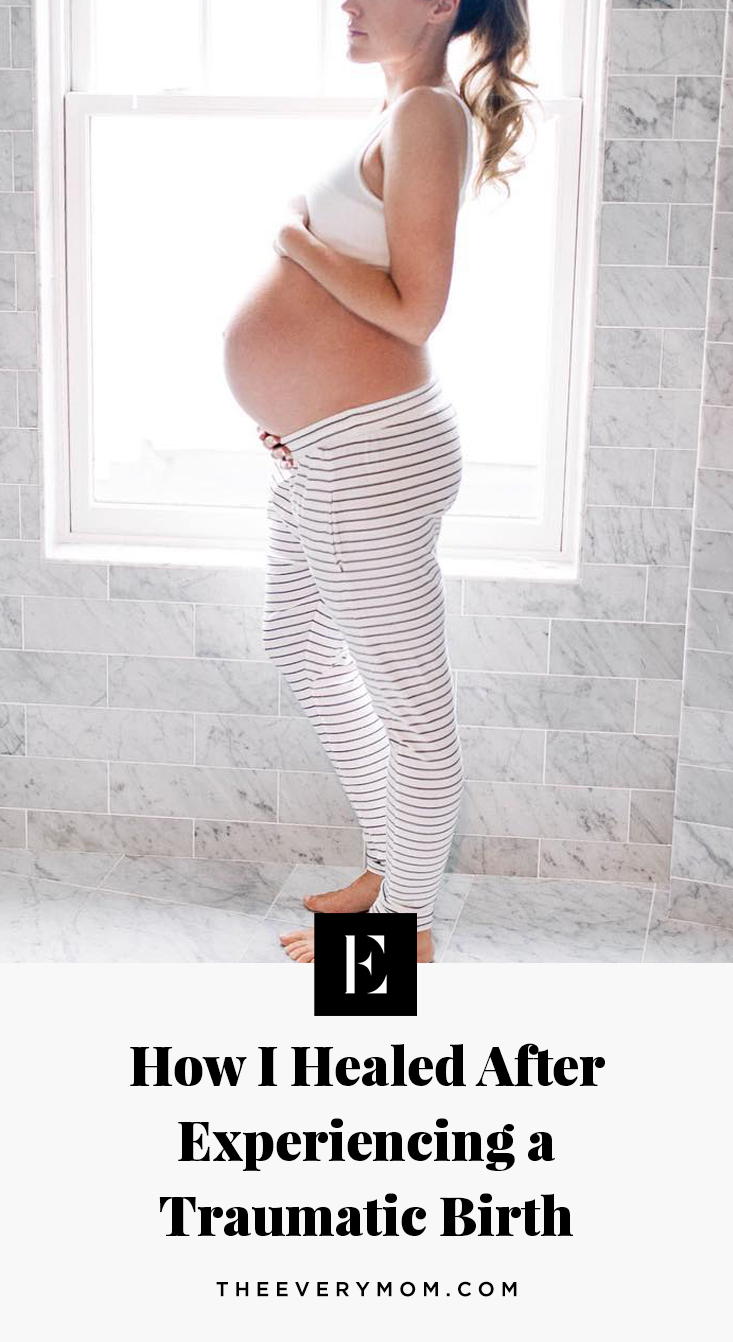 I sat in the all too familiar waiting room at my OBGYN’s office with a tablet on my lap. I was instructed to fill out the questionnaire on the screen and bring the tablet back to the woman at the front desk when complete.  I stared at the sample statement, illustrating the instructions for the questionnaire:

In the last seven days, I have felt happy:

If you were to select 2, this would mean, “I have felt happy most of the time” during the past week.

The statements that followed read things like, “I have been anxious or worried for no good reason” and “I have been able to laugh.”

My chest tightened and mind fogged like they did every day.

My memory wandered, and I was back in my living room. It was four weeks after the birth of my son. Three of my closest friends, all from different areas of the country, had come to visit to welcome my baby.

I would see a picture of this weekend months later and wonder when it had happened. They would remind me when it was and that yes, even Megan, all the way from Texas, was there.

Ultimately, bits and pieces of that weekend would come back to me, including the moment when I looked at my three friends, all three of them my bridesmaids five years earlier, sitting on the floor passing my small baby around. It was finally spring, and they wore sundresses while I was in maternity leggings and a milk stained shirt. They looked beautiful and more natural than me at this, handling a baby while drinking wine and laughing.

I remember wondering, will I ever laugh again?

Because, this time with my daughter, my second child – the surprise, oh shit, we never imagined having babies this close together child – it was so different. 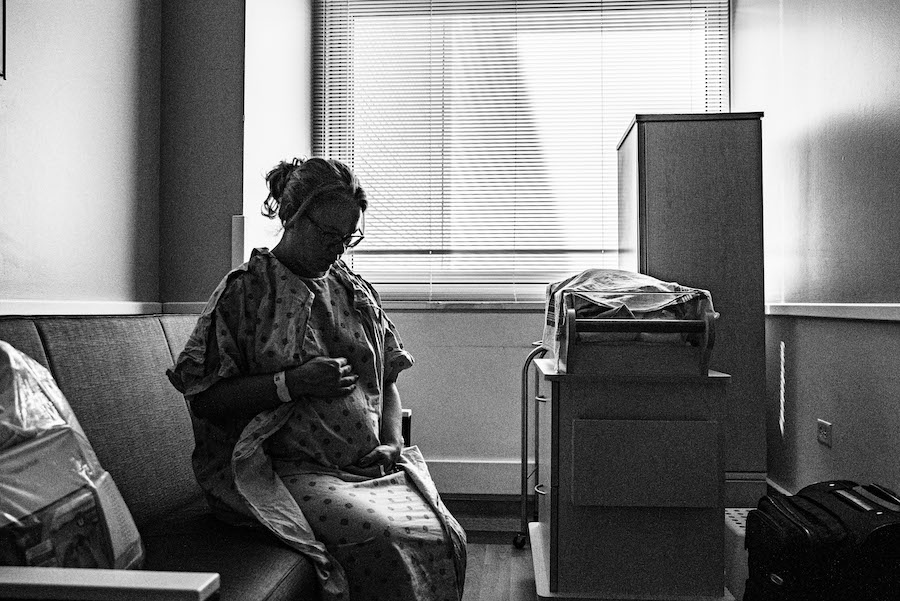 I had been happy every day. Not once did I cry. I wasn’t scared or panicky or worried. I laughed… often.

The appointment came and went, and everything checked out “perfect!” for six weeks postpartum, but, still, the questions from that tablet ran through my mind. I tried to piece together elements of those dark, hazy, disorienting months, and I always came back to the start.

The birth of my son was far from beautiful.

Slightly overdue, I was induced. After drinking the natural birth Kool-aid, I was crushed, but never one to make a big fuss, I went along with it. Intervention after intervention was utilized over the course of the next two days, only to find myself whisked into the operating room after my baby’s heart rate skyrocketed while I was finally pushing.

Swiftly upon arrival, my grey and not breathing son was taken to the NICU, and I wouldn’t hold him until the following day. Watching someone else hold him first, someone else softly shushing his first tears, and someone else tell him it would all be OK made me sob so hard. I remember that the anesthesiologist wiped at the tears on my cheeks with his gloved thumb while they stitched me back up.

My son would check out of the NICU in 24 hours and be fine. But I was not.

Watching someone else hold him first, someone else softly shushing his first tears, and someone else tell him it would all be OK made me sob so hard. I remember that the anesthesiologist wiped at the tears on my cheeks with his gloved thumb while they stitched me back up.

Within one day of being home, I called the on-call obstetrician. Again, not wanting to make a fuss but concerned that I might have an epidural injury, I decided to call to see if I should worry or if I should just schedule an appointment. My body – back, chest, and head especially – hurt badly, my skin was a yellow-grey, and my vision seemed blurred as spots and flashes danced in my periphery. The on-call OB told me to come to the ER, where they found that my kidneys were shutting down, fluid was encroaching on my lungs, and my brain was swelling.

I had postpartum preeclampsia – something I had never even heard of.

My husband, watching my stats in triage, texted his mom, a nurse, when my blood pressure reading climbed to 204/110. What do I need to prepare myself for? he asked her, not really wanting to know the answer.

Four days later and 42 pounds of fluid lighter, I was released. I was an always-healthy woman now with a near-death experience, and I had a brand new baby with his own near death experience. We were both “fine” – so far from it at the same time.

What ifs and the desire for a “do-over” clouded the early days. Fears of death – both mine and his – followed us for months. Questions of “How did this become my story?” and “Why did my body fail me?” filled my heart with sadness. And a nice dose of guilt always accompanied every feeling – because there was no need to make a fuss.

We were fine. Not everyone gets to say that.

Did I feel happy? No, not very often. Was I anxious? Yes, all of the time. Was I able to laugh? No. Not at all.

Two weeks later, I was back at my OB’s office. This time, it was to review birth control options because two babies under two was not the original plan and a whole lot of work. We weren’t going there again. But when I made the call for the appointment, I asked for 20 extra minutes to talk.

Nervously, I explained that I wanted to know more about my son’s birth and all that happened after. I told her that in taking the postpartum questionnaire for my daughter, it was clear to me that I had either postpartum depression or postpartum anxiety in some capacity with my son. I told her that though I think I am OK now, I wanted the medical aspects of it all explained. I also wanted to know if there are things I need to worry about in terms of my physical heath and my son’s.

She pulled up my file so we could walk through it together and then she gave me what I didn’t realize I needed – she validated what I didn’t know I had to admit.  “There is trauma here,” she said to me. “Multiple traumas.”

Trauma?  My inner monologue runs a tad dramatic, but even that seemed extreme to me.

Plus, I was already pretty convinced I was out of the thick of it. I just wanted physical details. Like, do I have to worry about learning delays because my son wasn’t breathing, or could there be damage to my kidneys that I need to look out for as I get older? (The answer was probably not for both.)

Just because we were ‘fine’ doesn’t mean it wasn’t trauma.

She saw my face, the one that doesn’t like to make a fuss, and said, “Claire, you need to start calling this what it is. It’s trauma.”

She explained that things like PTSD and postpartum depression or anxiety can easily be linked in situations like mine and, looking more closely, she was not surprised I had both.

The more we talked, the more she affirmed my feelings, validating my fears and sadness. But she wouldn’t let me feel guilty. Just because we were “fine” doesn’t mean it wasn’t trauma.  She pointed me in the direction of groups, counseling, and therapists, if I wanted them, and gave me permission to finally call my experience what it was.

I thought the haze of it all had lifted well before that appointment, but after just 20 minutes of talking to her, I walked out feeling lighter than I had in nearly two years.

My best advice to new moms: when it comes to your health, physical or otherwise, don’t demure. Don’t hide in embarrassment, guilt, or shame. What you feel and experience matters.

@theeverymom / #sharetheeverymom
As we celebrate the guilty verdict brought down to