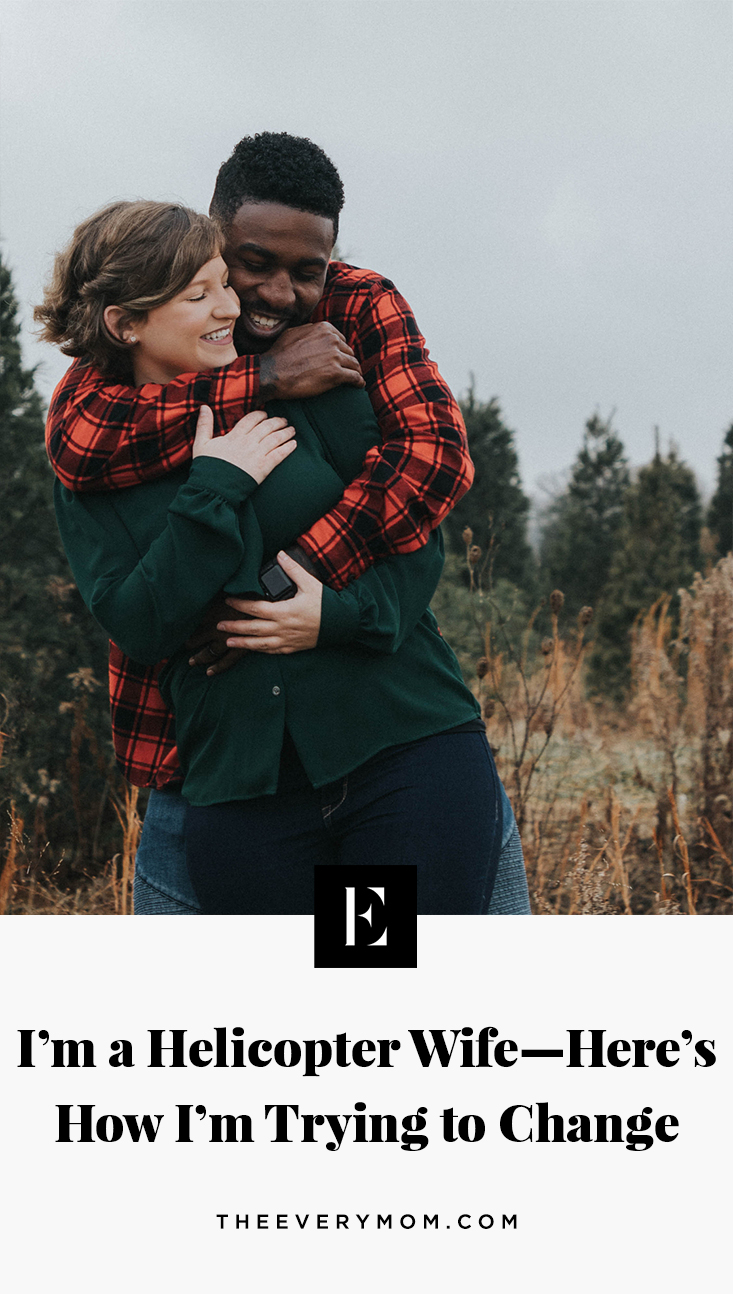 There, I said it. While I’d like to think of myself as a loving, supportive, and thoughtful wife, in reality, I know that I can hover a little too close to anything that my husband is doing.

“Love, are you sure you screwed that in right? Here, hand me that, let me check.”

Ugh. Just writing out those examples and seeing it on paper makes my skin crawl because I never sought out to overlook everything that happens in our house. I married my husband because of how capable he was of knowing what needs to be done and was up to the task of figuring out how to do it.

But when we had our son, I became the kind of wife I swore I’d never be.

I’ve seen those articles online about how to let go and let your partner be who they are. And I totally agree with what is usually said in those pieces. As a new mom, I know that if I’m sometimes clueless on how to do something or what the answer is, my husband has to feel that at times too. 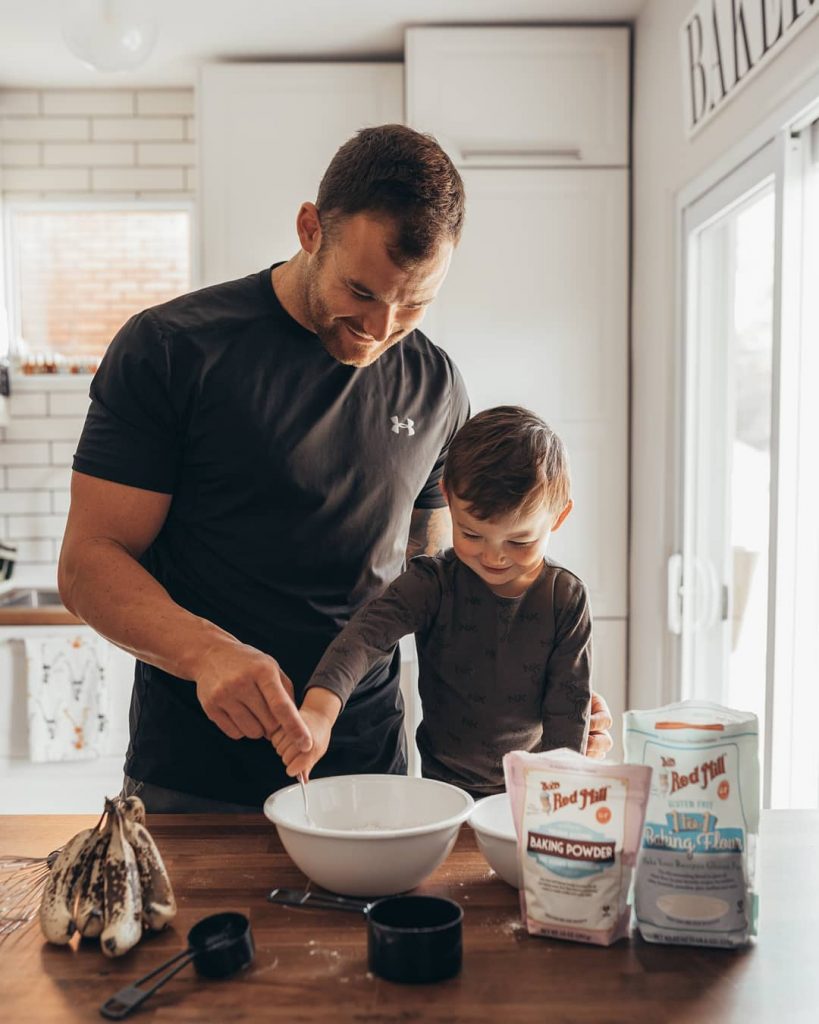 And it’s not that I don’t believe my husband can take care of our son properly — that’s not it at all. But when you bring a new life into this world, you want everything to be picture perfect to the best of your abilities. There are a lot of things in motherhood and parenthood that is out of your control, but to me, if I can control something in a way that brings out a positive outcome (like, say, not running around the house with our son on my shoulders in fear that he might get hurt in some way), then I will try and do that.

Or at least I used to.

It was very early in parenthood when I realized that watching over everything my husband did when it came to raising our son wasn’t working for us. For me, I was (and let’s be honest, sometimes still am) a nervous wreck when I’d leave the house by myself wondering if he’d take care of him “right.” Will he know when he needs to eat next? Or how to sing him a little song while he changes his diaper? Or how to pat his belly ever so softly while rocking him to sleep? Does he know to warm the bottle just a tad? Or to make quacking noises with Mr. Duck at bath time?

Whenever I got the chance to have a little me time, it was often less than relaxing because I was either constantly checking in on my husband to see how things were going or I was mentally wondering it. Numerous times I could see the frustration on my husband’s face from feeling stifled as a father. He eventually told me that he felt nervous when he was one-on-one with our son because he feared he’d mess something up and make me upset.

This broke my heart.

In my actions of trying to make sure everything was perfect, I smothered my husband on his journey of navigating fatherhood as well. While I wanted the absolute best for my son, always, I didn’t want it at the expense of my husband’s learning experiences as a father. Ever since that conversation I’ve made little tiny changes that have made huge improvements for me, my husband, and our marriage. 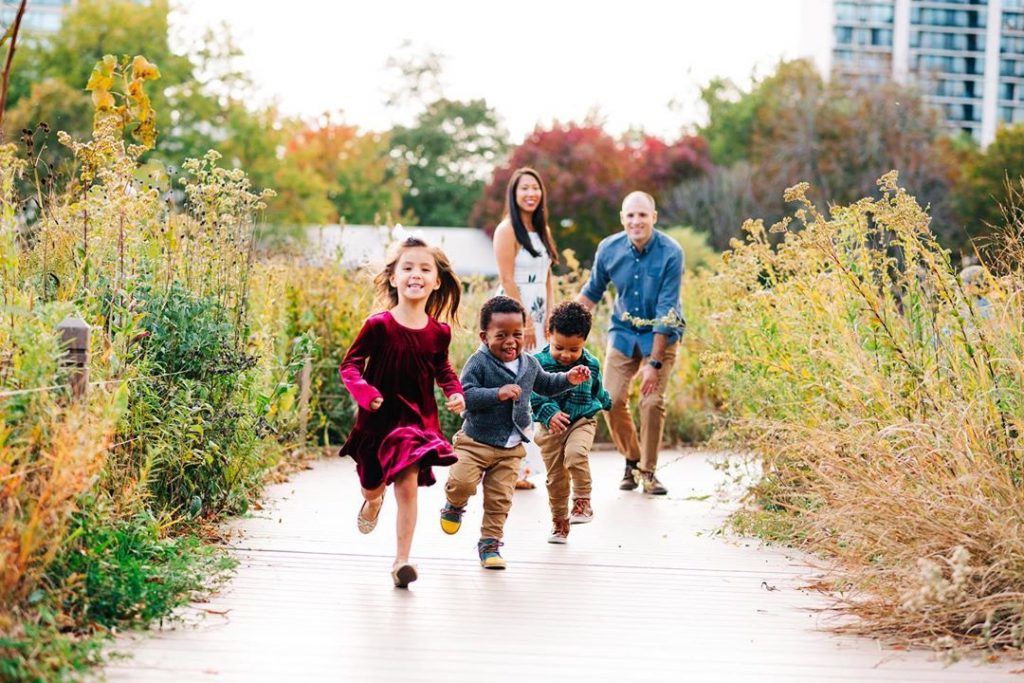 I apologized for being a helicopter wife

We all know that being micromanaged is the worst. But when it comes to your kids, you’ll justify anything. In this case, I knew I had taken things a bit too far, and I truly felt bad for being hypercritical of his parenting style. Owning my actions and apologizing for them created a space of honesty and openness about how we can move forward as better partners and parents.

I’m big on apologies and those two simple words, “I’m sorry,” can make such a difference in an otherwise uncomfortable situation.

We talked about our parenting styles

I’m not afraid to admit that my husband, Albert, is the fun parent. Don’t get me wrong, I love to have a good time, playing airplane and being the tickle monster, but Albert just knocks it out of the park in this area. Talking about our parenting styles with each other gave us the opportunity to really lay everything out about our strong and weak areas when it comes to how we raise our son.

From this conversation, I learned that Albert is strongest in the mornings, really enjoys outdoor experiences with our son like walks or going to the park but isn’t his best with remembering all the appointments and things like picture day at school.

I loosened my grip on the parenting steering wheel

Even on my worst days, I know that I’m a good mom. I’m by no means perfect, but because I always act with my son’s interest at heart, I know I’m doing the best I can with what I have. So, why did I think any differently about Albert?

I know how deep his love runs for our son and that he wants to be the best dad for him too. And he can only do that if I get out of the way and let him figure it out just like I’m doing. This means that if they’re having their father/son time together, I’ll step away and let it flow however it needs to — without any input from me. I’ll be the first one to tell you that this step isn’t always easy, but honestly, as long as they’re both alive and well, everything else is fine. 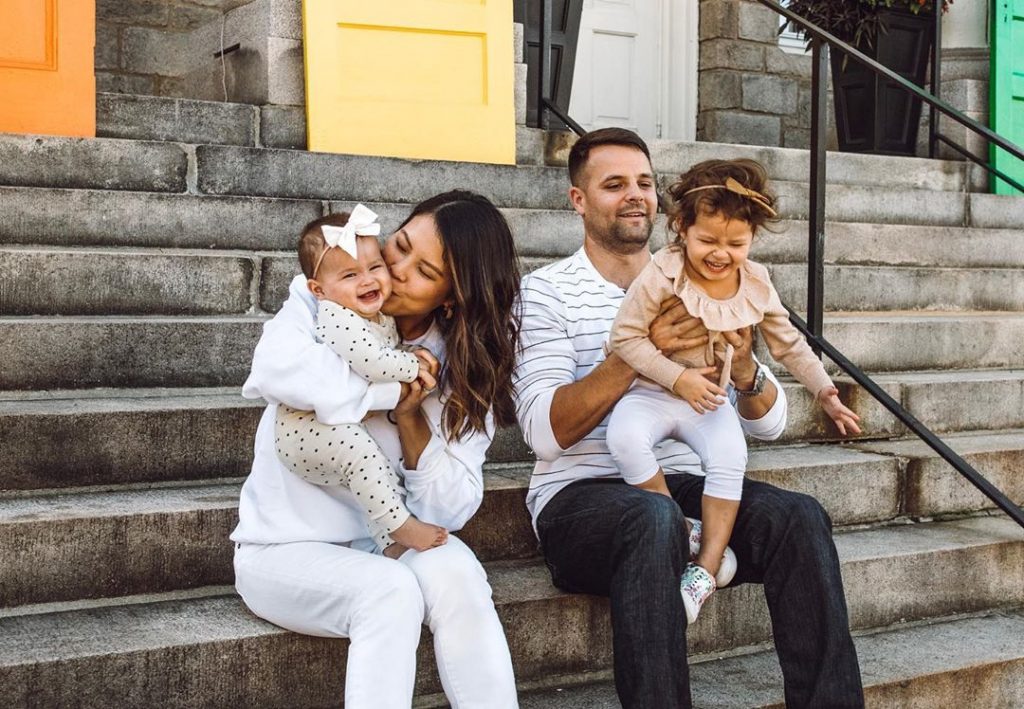 I weigh the pros and cons before actually calling anything out

When something happens that you normally wouldn’t do, it’s easy to want to call it out and address it right then and there. But sometimes that can make someone feel like they’re constantly being watched and that they have to walk on eggshells for fear that they might be doing something wrong. No one wants to feel like that. And because of that, I’m more cautious about what I call out versus what I just keep to myself.

I’ve learned that just because I wouldn’t do something doesn’t mean that it’s wrong — it’s just different. If something truly needs to be addressed from either of us, there is a time and a place for that, but now I save my breath for the times when it really matters rather than on little things that aren’t that big of a deal.

If I’ve said it once, I’ve said it a million times — motherhood is hard. And this is one aspect of it I wasn’t expecting to have to deal with. But making these changes have not only helped Albert feel better as a father, but it’s also allowed me to release some of the stress and anxiety I had around hovering over what he was doing all the time.

If you’re the helicopter parent, recognize it, let go of the guilt or shame and work towards doing better. Remember, you and your spouse are a team who have the same end goal: to take care of and love your child to the best of each of your abilities. But you’ve got to get out of the way first! Trust me, it’s worth it.

@theeverymom / #sharetheeverymom
Have you entered the @kohls x The Everymom #ForAll

GIVEAWAY! After a year like this past one, this Mo