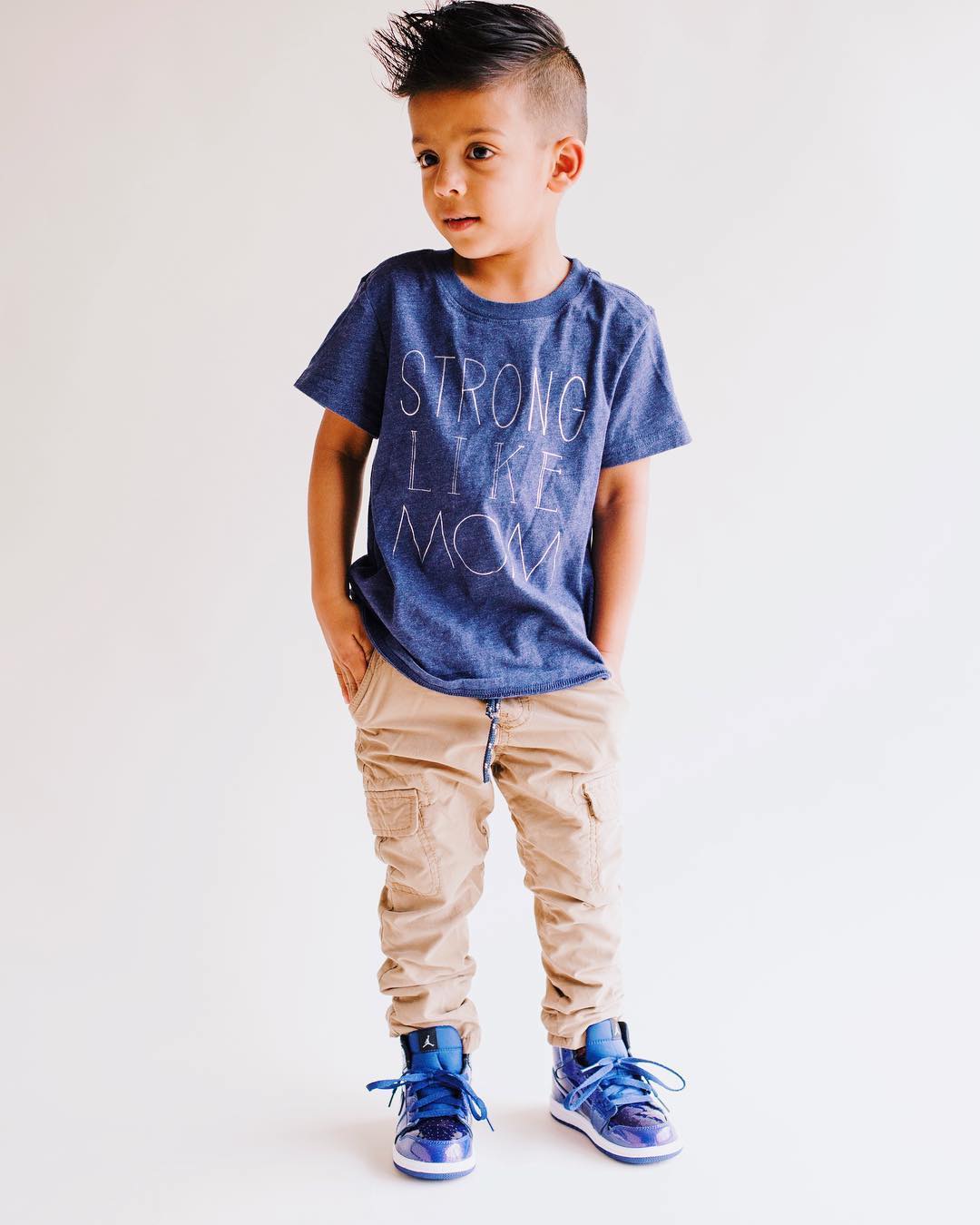 Things had gotten a little rough in our home.

With the onset of new back-to-school routines, the kids adjusting to their new schools, a smart-alek 5-year-old and fiery nearly-3-year-old, and grown-ups trying to juggle work and house and life, tantrums and frustration had become our new normal. It was draining all of us.

I found myself losing patience, rushing my kids through morning and evening routines, and constantly feeling like everyone was upset and I was behind on everything all the time.

And help came in the form of a Daniel Tiger jingle that wandered into the kitchen one evening while I was doing the dishes and the kids hung out (read: destructed everything) in the living room – “think about how someone else is feeling.” Ah, empathy.

How could I have forgotten?

As a society, we’re beginning to place more value on emotional intelligence (finally). As this trickles down into all aspects of our lives, it’s easy to recognize its value as a game-changer for our culture. Here’s a newsflash: it’s a game-changer in parenthood, too.

Having a background in psychology and early childhood education, I rationally knew the importance of empathy, especially in dealing with children; in my professional career, I had taught many parents and caregivers how and why to use empathy as a tool in their homes. But, as my kids got older and life got crazier, I was finding it harder and harder to practice what I preached within my own family.

We likely all know the benefits of empathetic parenting – fewer tantrums, more understanding, and a stronger relationship with your child – but, there’s a good reason it often slips through our fingers in favor of frustration:

Let’s be honest, when you’re this tired, it’s really hard to always keep yourself together.

Empathy, the act of truly trying to share the emotional state of another person and begin to understand their motives and intents, has been a buzzword of late in the social-emotional world. As a society, we’re beginning to place more value on emotional intelligence (finally). As this trickles down into all aspects of our lives, it’s easy to recognize its value as a game-changer for our culture.

Here’s a newsflash: it’s a game-changer in parenthood, too.

For the sake of our parenthood, my blood pressure, and this story, I committed to actively using empathy instead of responding with frustration for all parenting-related qualms for one week (I wanted to set myself up for success, and to be honest, one week seemed like a real stretch).

Here’s what I learned by reacting to toddler tantrums with empathy.

Yes, empathy can completely change the way we parent. It also can deeply affect the relationships we have with our children, and in turn, the relationships they then have with others. Once I actively made an effort to understand and tolerate what my toddler was feeling and experiencing, it became much easier to curb my own anger and frustration. I began to see him more as a little boy, not even 3-years-old, who was still learning how to exist in this world. Taking a minute to breathe through my frustration and really see him in front of me helped so much in avoiding inappropriate anger and poor response on my end.

On top of that, I began to learn much more about him too – the little things that mean so much to him, why he loves what he loves, how he can feel misunderstood so often. I started to fall in love with all of the pieces of him that previously drove me to the brinks of frustration.

This was particularly important to me because when I really thought about how I wanted my children to remember me as a parent, it was as one who tried incredibly to create a loving, safe, and supportive environment for them to be themselves. I want my kids to become all they are meant to be in this world, based solely on their own dreams, passions, personalities, goals, and perspective.

In order for that to ever be true, I had to let give them a little more freedom and support in becoming who they are.

In fact, sometimes, it just makes it worse. As it turns out, when we validate kids’ feelings, sometimes, their emotions just intensify. They finally feel heard, and all of the feelings inside of them are now being “allowed” out. When we feel safe with someone, often, it just amplifies your expression. So, when kids are emotional and we empathize, they sometimes get even more emotional. But, that’s a good thing. We’ve given them the opportunity to feel all of what they are feeling without judgment or restriction. This gives them the resiliency to be able to experience their emotions, and then move through them when they’re ready.

It heals them. And us.

We’ve given them the opportunity to feel all of what they are feeling without judgment or restriction. This gives them the resiliency to be able to experience their emotions, and then move through them when they’re ready.

We think of empathy often when the other person is distressed, but it’s applicable in almost every circumstance. Once I started practicing more empathy in moments of frustration, I found myself trying to empathize in many other aspects of our daily lives.

When my 5-year-old was asking a thousand incessant questions about beetles, I recognized that his insatiable curiosity about the world is a good, important thing. When he kept saying that he wanted to leave his brother at school, I understood that he was missing some personal attention, and surprised him later in the week with some one-on-one time as a treat.

When my toddler complained that he didn’t want to go to school, I felt his ache and responded with “I’m going to miss you, too,” and asked if he wanted a hug. When he hugged me back (his usual response to a hug is “no thank you”), I knew I was moving in the right direction.

One day, I told him I need to work for a little and encouraged him to play alone, and he asked, “But, mommy, can you play with me?” I saw his little soul and how important I was to him, and instead of saying no, I said yes.

Empathy, as it turns out, is like a muscle. It gets stronger with use.

Empathy in parenting requires being open to a constant learning process – your kids are changing every day, and so are you. Through all of the growth, empathy grows with you and within you. You get better at it with consistent effort and practice. By no means is this process easy. It takes awareness, self-reflection, the ability to pivot, and yes, time.

It also takes actual time – more minutes and hours in your day where you have to slow down, pause, redirect, make time for conversation and moments to be still in emotion. That’s one thing I hadn’t accounted for. Our routines took longer, bedtimes got pushed in favor of hugs and gentleness, we were late more, but we understood each other better.

Empathy, as it turns out, is like a muscle. It gets stronger with use.

It’s hard to build extra time into a day that already feels too short for all of the things you need to get done. Balance seems impossible, but striving for it is still key. You can’t push everything, but slowing down sometimes in favor of the larger picture can help you and your little ones keep perspective.

I’m not perfect. I definitely was not able to keep my patience and practice empathy in every situation without frustration or moments of anger (turns out, I’m self-aware enough to know when things seem like a bit of a stretch). But if I learned anything from my attempts at more empathy, it was to recognize the emotions of the moment and to try to step back quickly when it felt like too much. I may have failed often but, I also learned to apologize consistently for my shortcomings.

Most of the things I was getting upset at were minute. A knocked-over bowl, too many questions, spills, spills, and more spills. At the root of all of the frustration was deeply-rooted fear of being out of control. I can’t always control the mess, the spills, the tears, and the prevailing fact that my children are so very different from me and that, many times, is hard to deal with.

Recognizing my own faults, understanding where my frustration was coming from, and practicing empathy with myself made it easier to take accountability for my mistakes and missteps.

My babies need my guidance and flexibility without blame or frustration. They won’t always get that, but I can give them a sincere apology for when I can’t seem to hold it together.

Being empathetic doesn’t mean that I’m trying to keep my kids from experiencing difficult emotions. It just means that I’m going to try to support them in learning how to feel and deal with this wide range of emotions that all of us are meant to feel.