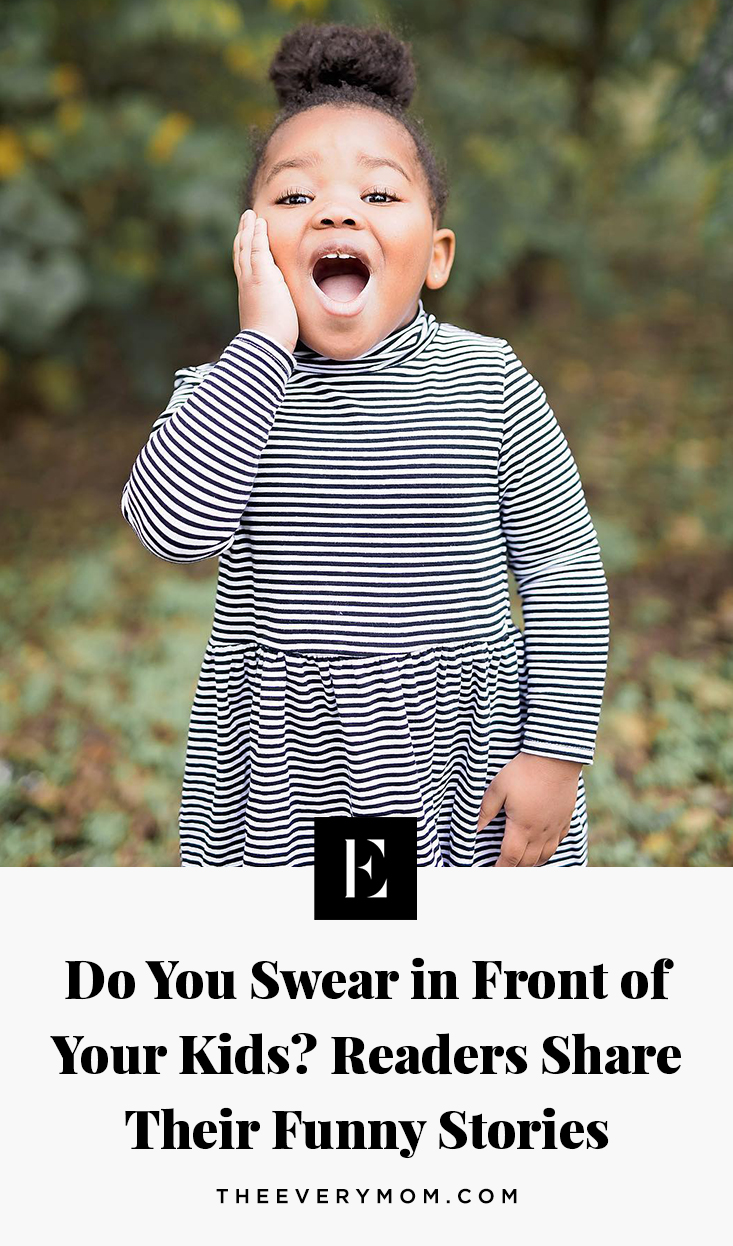 My parents never swore in front of us. Even exclaiming “Oh my god” was akin to cursing in our house. On the flip side, my daughter was a toddler the first time she dropped an F-bomb. She was sitting in her car seat, happily oblivious as my husband was foul-mouthed road-raging from the front seat. She unintentionally calmed him down by repeating the F word over and over again.

Of course, parental swearing practices vary from family-to-family and absent any hard rules, I looked to author and linguist Amanda Montell to shed a little light on whether potty-mouthed parents are doing any longterm harm by letting the occasional F-bomb slip in front of their kids. Since many of us prioritize raising kind kids, sweary parents take heart, “There is a big difference between a swear word and an insult,” wrote Montell in her book Wordslut: A Feminist Guide to Taking Back the English Language.

“Linguistic studies show that … it’s actually quite rare for swearing to intend hostility or offense; instead, cursing is an incredibly complex, colorful language category that can serve nearly infinite emotional purposes—humor, shock, sadness, solidarity—some of which might be considered actively polite, depending on the context,” Montell wrote.

Consider the context of this anecdote roundup about cursing in front of our kids’ as a little bit of humor and parenting solidarity. Read on as editors and readers share their funny stories about swearing in front of their kids.

When You Didn’t Think They Were Listening

“My daughter repeated the F word. I know she learned it from her dad road-raging because she said to me, ‘You know that word Dad says while driving—‘f*ck.’” – Sarah D.

“We happen to have our son’s first swear word on video. We were hiking, and there was a pile of animal poo on the trail, and my husband exclaimed, ‘You just stepped in sh*t!’ and our 2-year-old’s little voice asked ‘what’s sh*t?’” – Katie M.

“I never swear. But my husband was doing something to make me mad while we were outside, so I dropped the F-bomb around my son’s 2-year-old ears. I was heated. And the next thing we heard was “f*ck” from our tiny guy. Whatever I was mad about was soon forgotten because we couldn’t stop laughing, and now my husband likes to hang it over my head that I was the one that made our son say his first swear word.” – Lauren C.

“My 7-year-old was shocked to learn ‘ass’ was a swear word because, in his words, ‘everyone says it’” – Liz H. 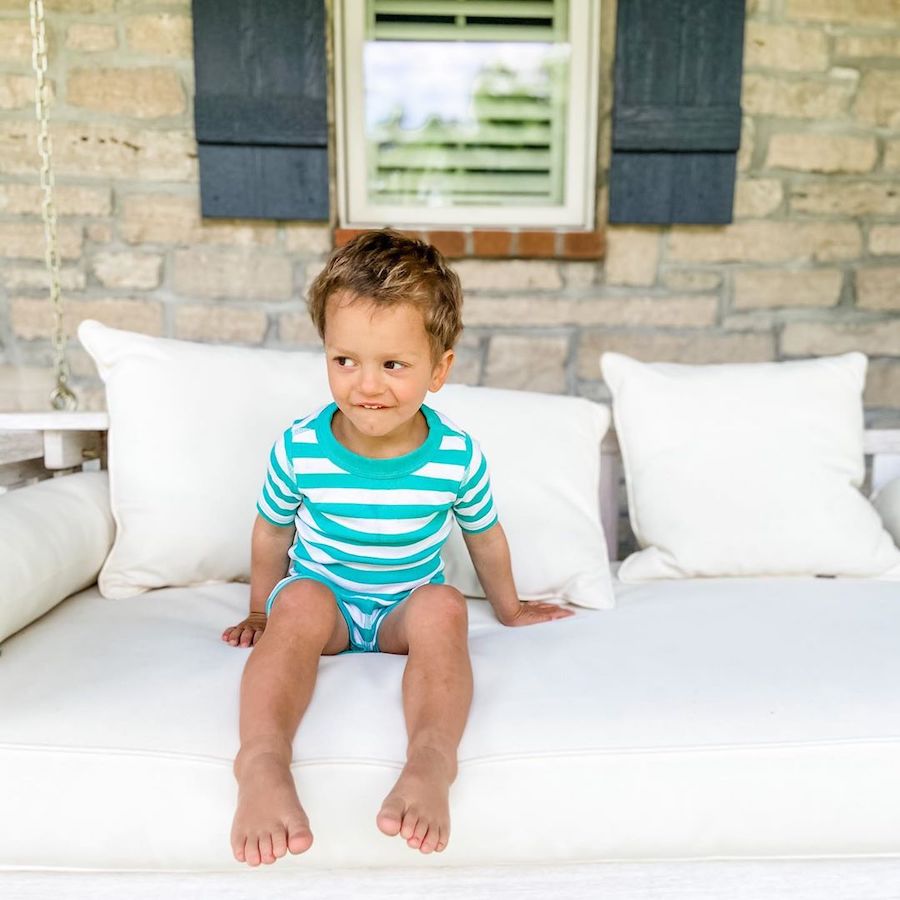 When They Use It in Perfect Context

“We swear in front of my young son all the time, and I couldn’t believe he hadn’t sworn yet. I think he read my mind because last weekend, we were looking for his pajama top I had just washed and dried, and it wasn’t in the dryer. I said, ‘This is weird, where is it?’ and he said, ‘Yeah, what the f*ck?’” – Jaclyn V.

“My daughter was about 20-months-old when she saw a squirrel trying to get up our bird feeder, and without missing a beat, she said (just like her father), ‘That GD squirrel is eating our birdseed!’ It was truly hilarious to hear our baby perfectly mimic an adult expression.” – Shannon S.

“My niece was playing cards with my mom, her grandma. Something went awry in the game, and my little niece exclaimed, ‘Sh*tballs!’” – Emily L.

When It’s Not Technically Swearing But Still Funny

“When my daughter was 6, she came to me like she had something very serious to share. ‘Mom,’ she said, ‘my friend says the F word all the time.’ I was shocked at first, but thankfully took a pause to say, ‘Wait, which F word?’ My daughter responded, ‘Fart.’” – Kathy S.

“My son, age 8, recently found my laptop from college. He charged it, turned it on, and navigated to my music while I was making dinner. He then exclaimed, ‘B*tch Betta Have My Money’ is on here Mom!’ Made me drop my cooking utensils!” – Shannon M. 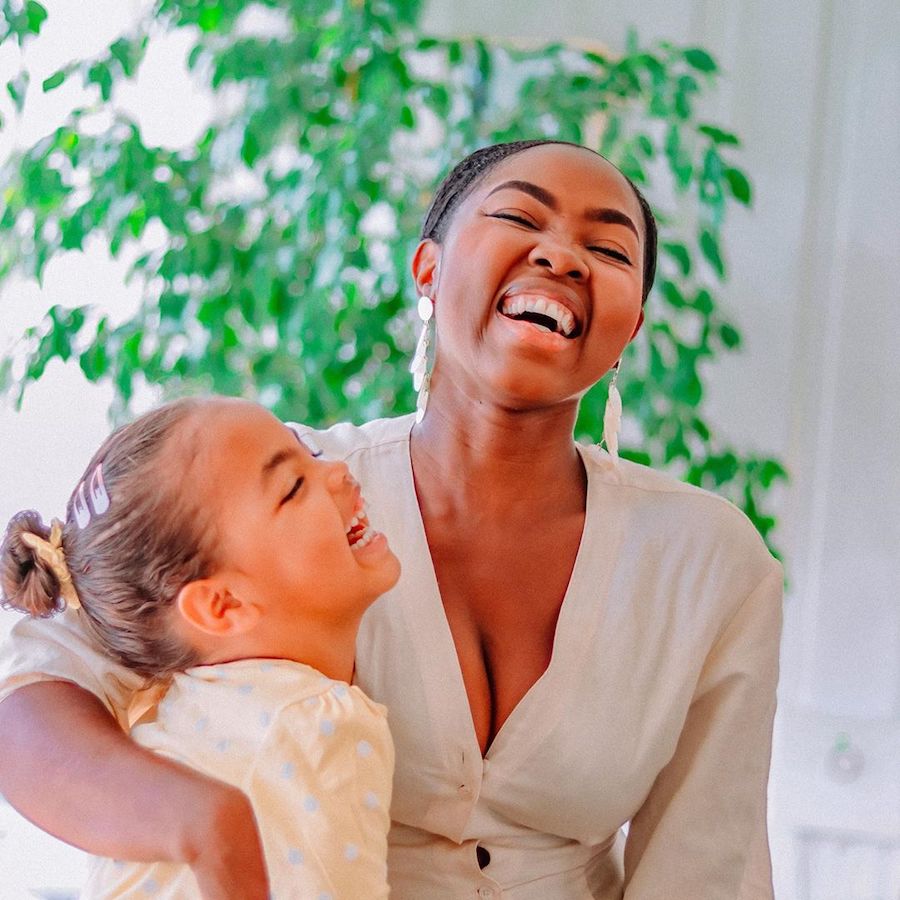 Of course, you can try curbing your swearing with words that sound like some favorite curse words:

But don’t be surprised when your kids use these in proper context too.