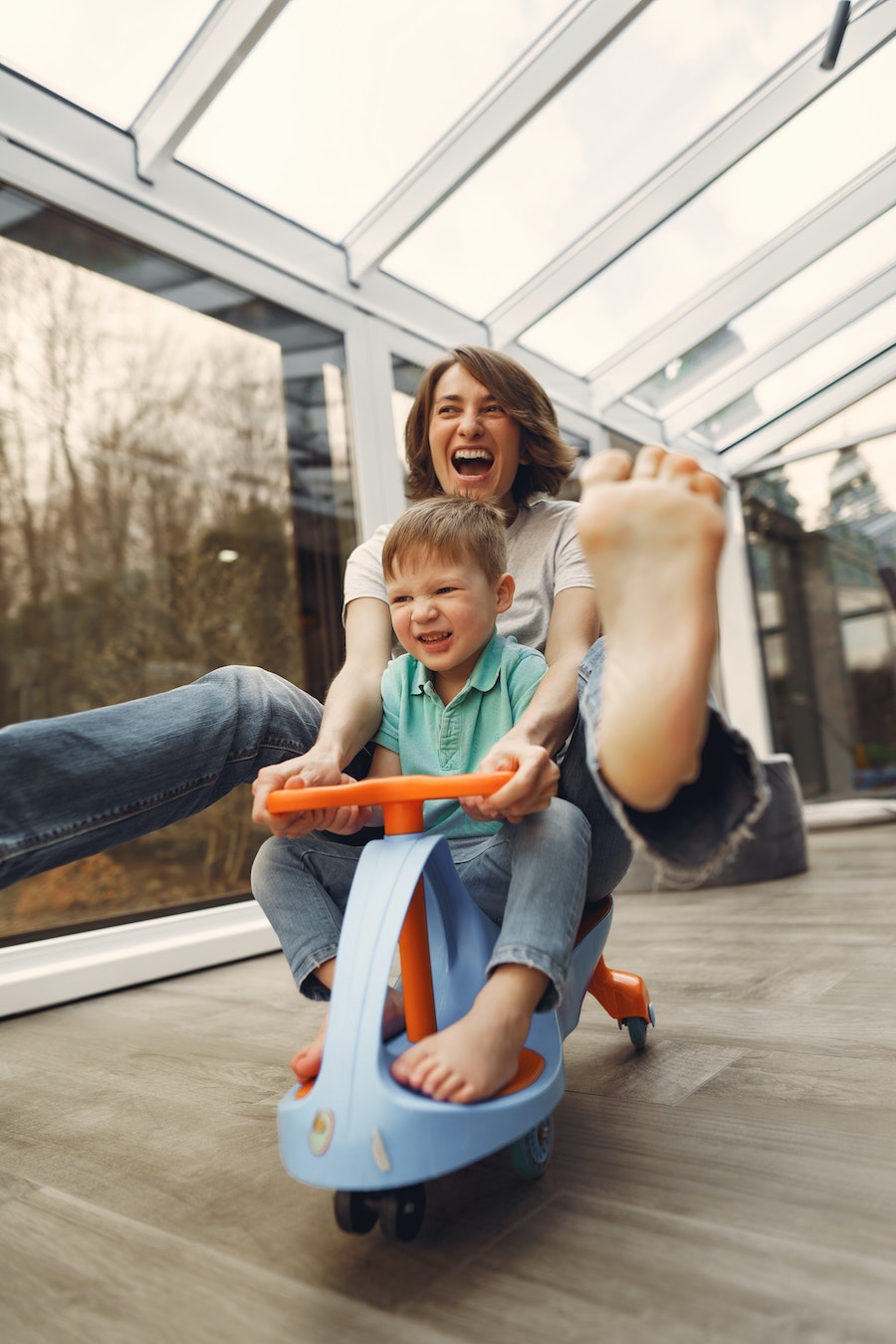 On a Sunday this summer, I thought it would be a great idea to begin the day with a trip to the park with my toddler son and partner. Spending an hour outside was met with enthusiasm from both of them. Even though I’d suggested it, I started to feel apprehensive about being outside at the park in the heat—I may or may not have purposely worn heels outside to be able to come home more quickly.

I spent the first minutes of our park adventure internally fuming about how tired I already felt. Before I could open my mouth to complain, I looked down at my son. He was taking in different things at the park while giggling gleefully. Toddler giggles feel like they contain a magic potion to melt even the most cynical heart.

I couldn’t help but think about how much I don’t allow myself to “play” as an adult. I used to think it was because I didn’t have the time or energy to do so. Now I think it’s that I wasn’t making time to play. There’s a saying that we make time for what we feel is important and that couldn’t be more true.

We make time for what we feel is important.

For me, becoming a mom seemed to come with an unwritten set of rules where I had to prove to others how seriously I take my role. I stopped focusing on doing things for fun and began thinking about how I could work overtime to afford bills associated with my household. While there’s nothing wrong with considering my responsibilities, I found myself always being worried—about my son’s health, the status of my relationship, you name it. Watching cartoons, something I actually love to do, became an obligation because of my son. And forget playing video games. Who had time to do that when the trash or the dishes were overflowing?

But, you know what? Something was unleashed when my family and I went to the park to play. It made me realize I’ve been missing that particular component in my life. Not only does it receive stress but it fills my bliss meter. Yes, bliss.

When I make time to play, I find that I’m not as tense or worried about things that are out of my control. Of course, this doesn’t mean playtime eradicates these feelings, but it surely helps. Here are five ways I’ve been making time to “play.” 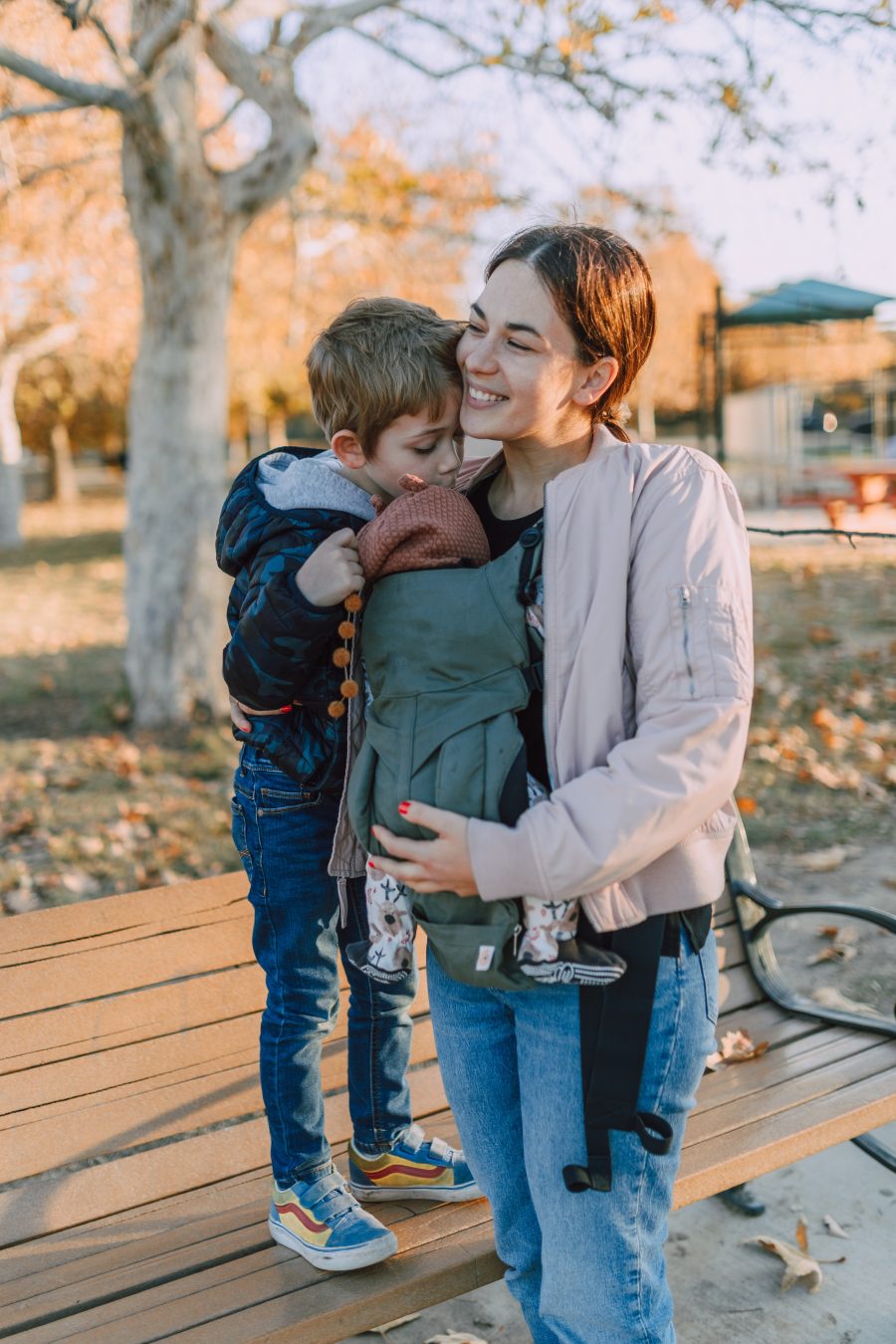 This goes without saying, but my family’s positive experience at the park made me realize that being outside is soothing for me. Growing up as a child who loved the playground, I get to reignite my childhood excitement with my son. As “girly” as I am, there’s a part of me who loves to climb trees. My mom hated this because she thought I would break a limb, but I didn’t.

So, if it involves climbing or multiple trips down the slide, you’re going to get tons of squeals from my son—and from me.

I grew up watching my older sister and brother play video games such as Need for Speed or Crash Bandicoot, so I naturally have a soft spot for them. While I haven’t played these games in a while, I have begun playing The Sims 4 again. I love to create different characters with elaborate storylines and career choices. Some of my favorite Sims have lives that look completely different than mine, and that’s what makes it fun for me.

I really enjoy the process of putting on makeup. Since I don’t always feel like wearing it during the week, setting aside time to purposefully put on makeup is fun. I wasn’t allowed to wear it when I was younger, but I would sneak and wear my mom’s lipstick anyway. I think there’s something about going into my mom’s makeup stash or closet to wear what she does that makes it more fun.

Lately, I’ve been obsessed with recreating makeup looks from the ’90s, which is fitting since I was born in 1991. Anything from that era holds a special place in my heart, especially the dark lip liner and lipgloss trend.

4. Reading Books from my Favorite Genre

I am a self-proclaimed horror fanatic, especially from author Stephen King. When I’m not at the park or recreating makeup looks, I’m curled up with a horror book. Lately, I’ve been reading It which is well over 1000 pages. I loved the original miniseries and the modern films so much that I decided to read the iconic book.

While I do sing in the shower, I also sing around the house because it’s one of my not-so-hidden talents. My family and friends know that I can sing, but I don’t always publicize it. However, if you were to visit my home, you would probably hear me sing at some point. It’s the main reason I love to write songs and imagine myself releasing an EP.

I used to keep a notebook full of songs I wrote when I was younger, and I’ve been revisiting that concept lately. My partner produces music which is perfect for someone who spends her free time finding instrumentals to sing over. When I was pregnant, I actually wrote and recorded a lot of unreleased mini songs just because it was fun.

I can’t say I always make time to play, but I am being more intentional about it. It’s reconnecting me to things I loved when I was younger—before I became a mom. Moms can still have fun if they’re in relationships or have children. It’s not always easy, but making time for play helps me remember who I am outside of those roles. 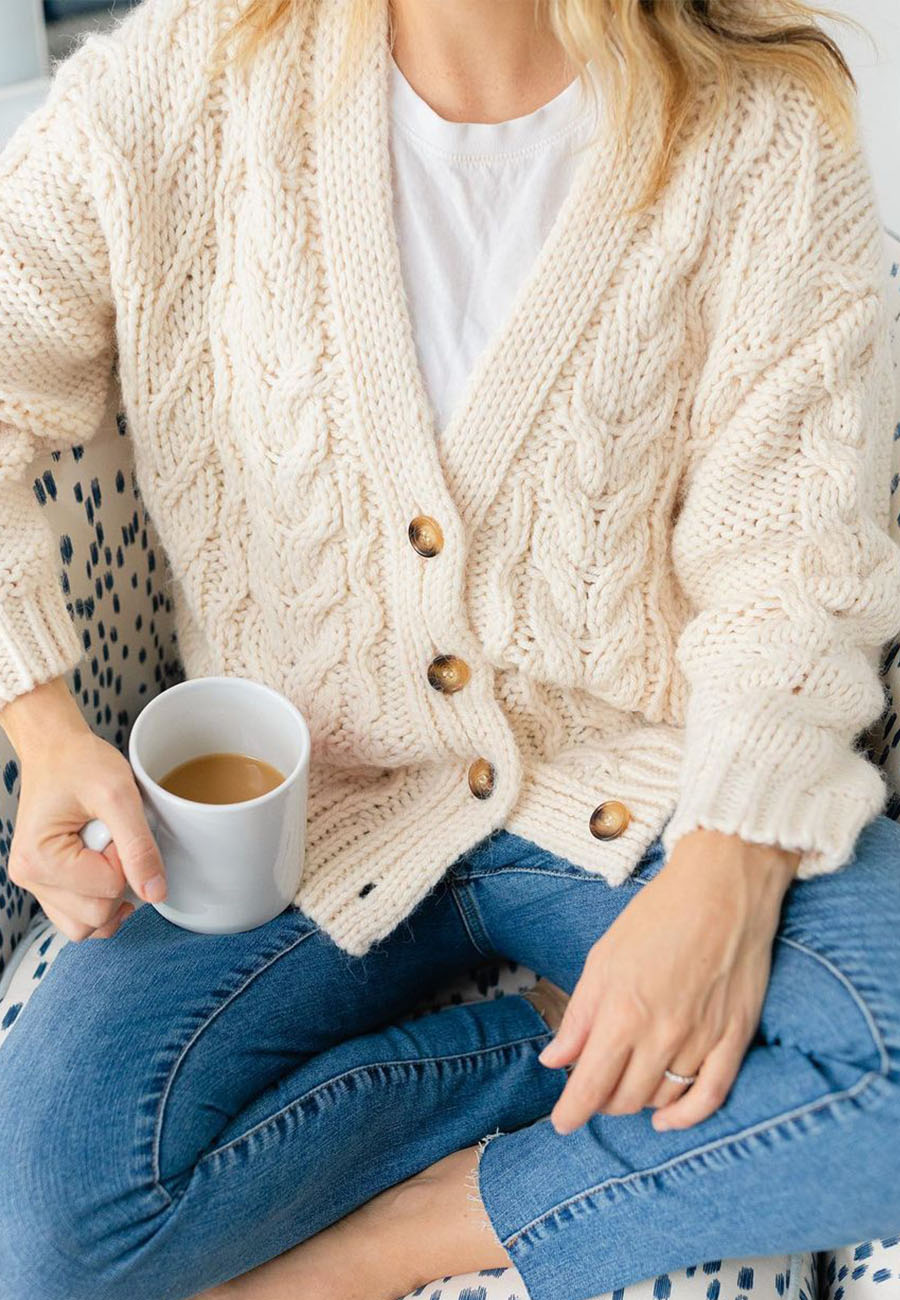