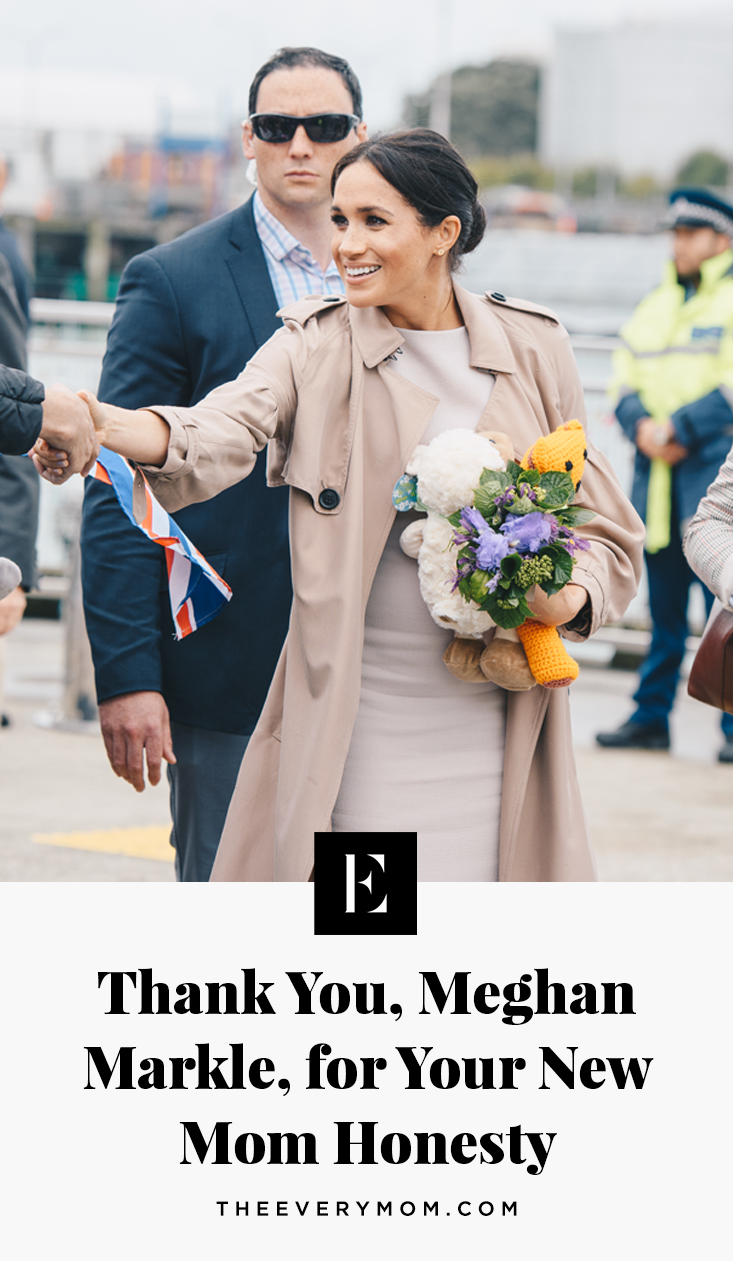 In a recent interview for an ITV documentary, the Duchess of Sussex, Meghan Markle, was asked how she was doing recently amid a barge of media scrutiny – her response shines a light on not only the pressures of royal life, but the pressures of new motherhood and more.

“Any woman, especially when they’re pregnant, you’re really vulnerable, and so that was made really challenging. And then when you have a newborn, you know. And especially as a woman, it’s a lot. So, you add this (the media coverage and judgement) on top of just trying to be a new mom or trying to be a newlywed.”

“Thank you for asking. Not many people have asked if I’m OK, but it’s a very real thing to be going through behind the scenes,” Meghan said.

The reporter asked if she meant that she wasn’t OK, and if it really has been a struggle, and she responded simply with a “Yes.”

As she answered these questions, it was obvious that she was straining to hold back tears, to appear as composed as possible while also being truthful to her experience as a newlywed and new mother. Overall, the public responded with praise, in awe of her honesty, but also expressed a bit of shock with just how honest she was, especially coming from someone who is a part of one of the most-watched (and typically most reserved) families in the world.

All of us mothers around the world though, we weren’t shocked at all; there was nothing about any of Meghan’s sentiments that we haven’t felt ourselves.

Meghan, we get it. We feel you. And we want to say thank you.

Thank you for your honesty. For putting out into the world what we all as mothers have gone through yet rarely anyone talks about.

Thank you for not putting on the facade of perfection that we all feel the pressure to show.

Thank you for saying screw it and admitting that this whole new motherhood thing, it’s tough as hell.

Thank you for including the fact that being a newlywed is an adjustment too. Add that to having a newborn, and you have a double whammy. Add both of those to the fact that she’s being watched by all, and it’s a home run.

Being a new mother is rough; it’s not for the faint of heart. The early newborn days with her beautiful baby boy Archie would be tough enough, let alone the fact that Meghan married into the royal family and that everything she does, wears, says is dissected around the world. I can not fathom the amount of pressure, anxiety, and stress she felt – and still feels – on a daily basis. Her husband Prince Harry has stated that the media scrutiny has taken a toll on his wife, and all I can say is, how could it not!? To attack a woman the way the press has done to her, during these most sensitive of times, would rock even the strongest of women – and I do think Meghan is quite strong.

But the most poignant part of the interview for me? Where she thanks the interviewer for asking if she is OK, because as she says “not many people have asked if I’m OK.”

Unfortunately, this is another truth that any new mama can relate to all too well, royal or not.  As soon as the baby is born, the family and friends’ focus goes from the pregnant mama to the beautiful baby, and more often than not, that new mama is left in the dust.

Not only is she recovering from the extreme physicality of childbirth, but she’s also adjusting to a whole new mental and emotional state, and she needs more support than ever before. Can we all start vowing to check in on our new mothers just as much as their precious new babies? And I mean really check in. When we ask how they’re doing — and please, please do ask —  let’s see how they are really doing and what they really need. Maybe they need that casserole you baked for the family, but maybe it’s more like a hug, a companion for a 15-minute coffee trip outside the house away from the baby, maybe it’s a texting partner during those late-night feedings. Maybe they just needed someone to ask them how they were doing in the first place to show they care.

Whatever it is, we need to reach out and see how our fellow mamas are doing. Because we all know better than anyone, motherhood isn’t shiny 24/7, no matter if you’re a famous figure or not.

By being so real and raw, Meghan sent a message:

If it’s OK to admit life is hard being a new mom as a royal, then gosh darn, it’s OK for it to be hard for me too. Thank you, Meghan, for showing us we can all admit that. So, let’s start being there for each other more than ever.

Following that interview, I’m left with many feelings but two stand out.

I wish Meghan could have let those tears fall because I know from first-hand experience that sometimes we need to let it all out. Letting out all our emotions doesn’t fix everything, but it sure does help.

And lastly, from one new mama to another, Meghan, I send you a virtual hug. You are doing an amazing job, you got this, even on the days you think you don’t. While we may not be able to relate on a Duchess-level, we can as mothers.

You are not alone; we are with you, cheering you on.