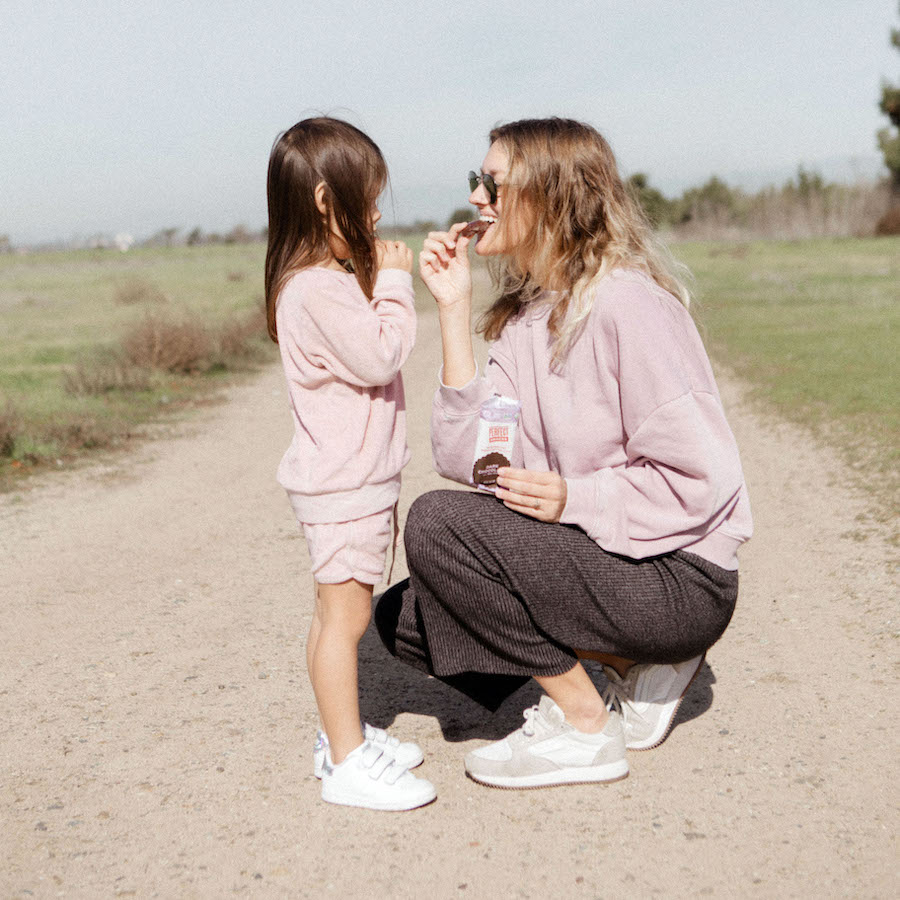 Before I became a parent, I didn’t have a healthy relationship with my faults. I had this mentality that I was the way I was, and you could take it or leave it. I was young and selfish, and although self-aware, I wasn’t quite ready to take a look inward. Who wants to admit the negative things about themselves? It’s not pleasant to associate any of your behavior with toxicity (writing it now is even difficult). Doing work on yourself is hard, but it’s necessary. I needed to do it—we all need to. None of us are perfect.

It wasn’t until I had a little toddler who looked and acted just like me that working on myself became crucial. Honestly, it took me a while to see my own traits reflected back to me in my toddler because her frustrating toddler behaviors were so similar to my own adult behaviors (so cringe to say). About the time my daughter turned 3, I realized her behavior wasn’t a toddler trait but a mom trait. From having tantrums to lashing out and using manipulation to get their way, I realized I was modeling some “terrible-twos” behavior. The things I needed to change weren’t small—like not saying “please” and “thank you” or occasionally yelling—they were bigger. While my daughter doesn’t display any of these characteristics outside our home or outside of our family (just as I don’t), they were things that needed to be worked on.

Honestly, it took me a while to see my own traits reflected back to me in my toddler because frustrating toddler behaviors were so similar to my own adult behaviors.

But when I looked online for any articles similar to this one, I didn’t find many. Other articles offered tips on how to break bad habits, suggesting children pick up the majority of their “bad” behaviors from their peers, not their parents. It was hard for me to come to terms with the fact my daughter was mirroring my own negative traits. Here are a few I needed to work on: 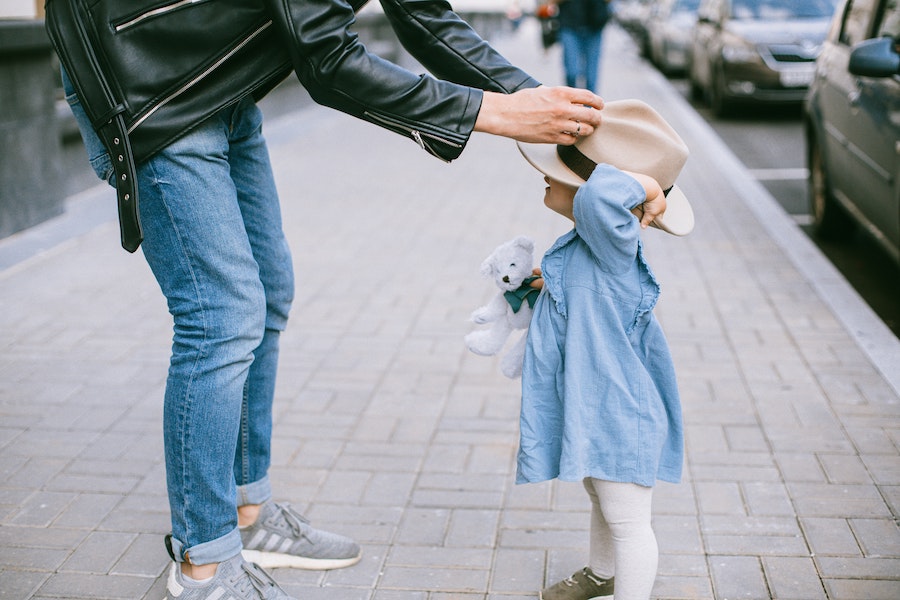 Years ago, a friend of mine said, “You don’t smoke, you smolder.” At first, I laughed because it was true, but the more I thought about it, the more it brought up feelings of shame and hurt. I really do dwell on my anger; when things make me mad, they are hard for me to get over.

In my perfect world, I would never yell, get irritated, or say things that were less than kind. My impatience and intolerance of random things wouldn’t fill me with rage. I wouldn’t hate repeating myself more than 30 times. But I do, and I’m snappy when I get mad. I’d compare myself to a bottle rocket, as it’s sometimes difficult for me to stop myself from blowing up. Of course, it’s usually directed toward my husband. He gets on my nerves the most, but I know he’s my biggest supporter and loves me even when I’m at my worst.

Do I drop a crazy number of F bombs in one sentence when someone cuts me off while I’m driving with my daughter? Yes. Do I yell when someone honks at me while I’m unloading groceries? Yes. None of my rage is ever directed at my daughter, but she has witnessed my wrath often and has developed a wrath of her own.

I’m particular about where things go in our house so I know where everything is. I don’t like the feeling of looking for something that I know we have or searching for items that I put somewhere but have “magically disappeared.” If I go to my medicine cabinet for my daughter’s nail clipper or Tylenol and it’s not there, my husband is getting an earful.

My therapist told me this trait is rooted in control, which is also the reason why when things don’t go as planned, I get upset, and it’s because the situation is out of my control. My daughter acts the same way. She is very particular and lashes out when things aren’t the way she wants them to be.

If I don’t want to go somewhere or don’t want to forgive someone in my life for something they’ve done, I don’t. This may not seem like an inherently bad thing; I know myself and what I want. But if you think about it on a deeper level, we all have to do things in life that we don’t want to do, from working a job we dislike to having conversations we don’t want to have. So I shouldn’t be surprised when my daughter flat-out refuses to do certain things we ask of her. 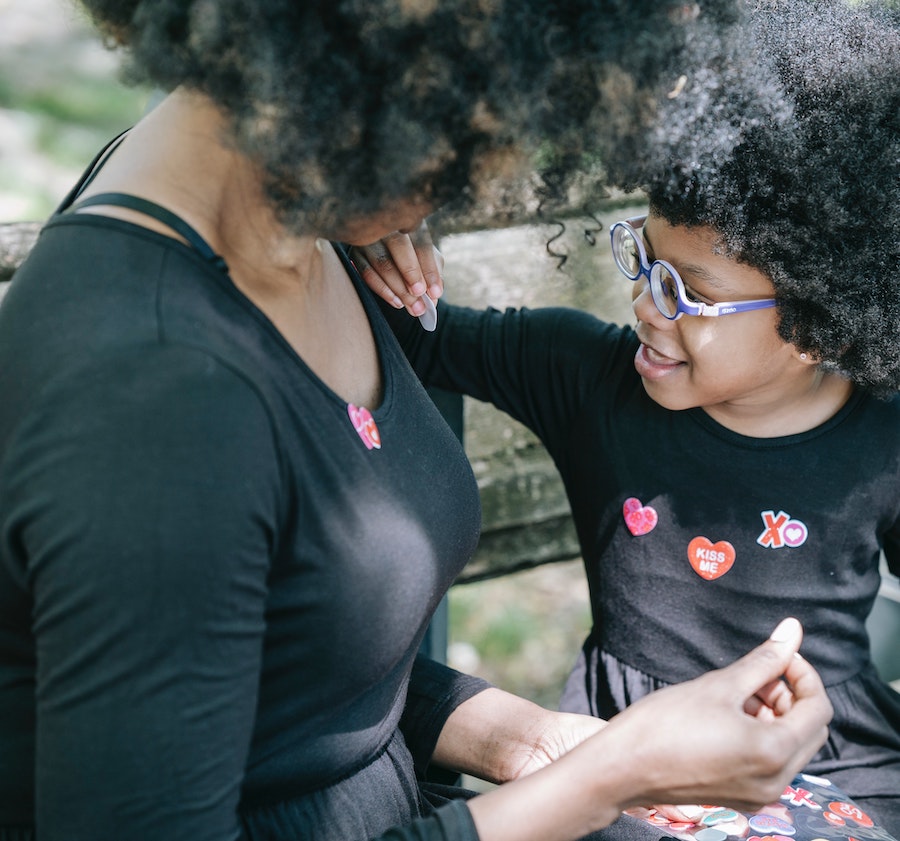 How I’m Working on Myself

I admit: I was acting like a real monster in the comfort of our home, so I couldn’t be surprised that my daughter started to as well. While our homes should be safe havens where we can vent and escape the chaos of the world outside, it shouldn’t be a place where you act like the worst version of yourself. Home isn’t an opportunity to unleash all of your bad behaviors and things you wouldn’t do or say outside. So I’ve tried to pause before I speak, vocalize how I cope with negative feelings, and spin things into a positive light.

All of the behaviors I mentioned have positive aspects. There are so many pieces of my character and behavior I’m proud my daughter has taken on. As with anything in life, moderation, compromise, and balance are key. But I don’t need to offset this feeling of being a bad parent by rattling off all the amazing qualities I’ve given or taught my daughter because I’m not a bad parent, I’m a human parent. We need to become OK with saying, “Wow, this is shitty of me—this needs to be changed or I need to think before I speak, but I’m working on it.” We should always be striving to be our best selves and better parents. Working on ourselves benefits our children as well. 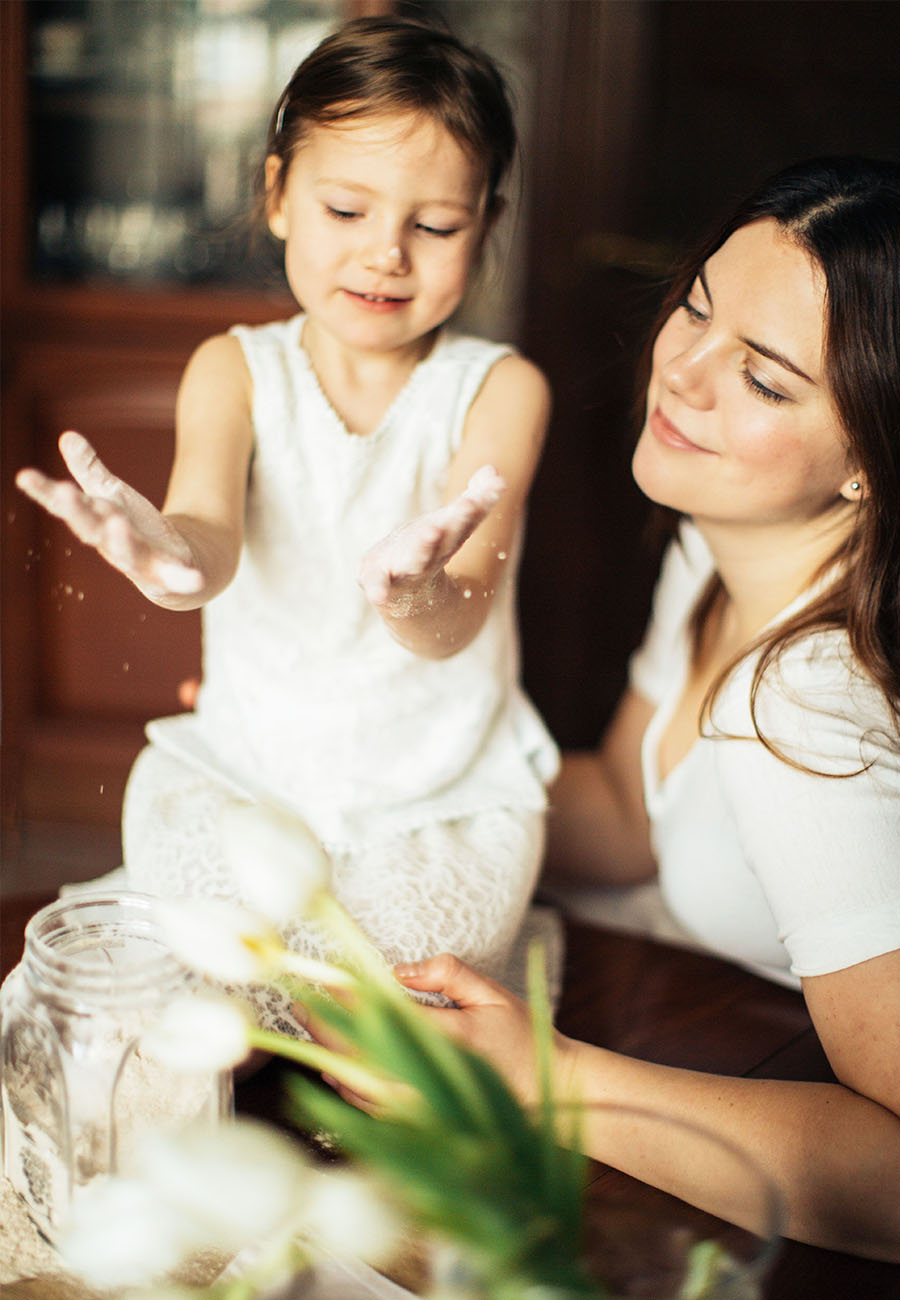