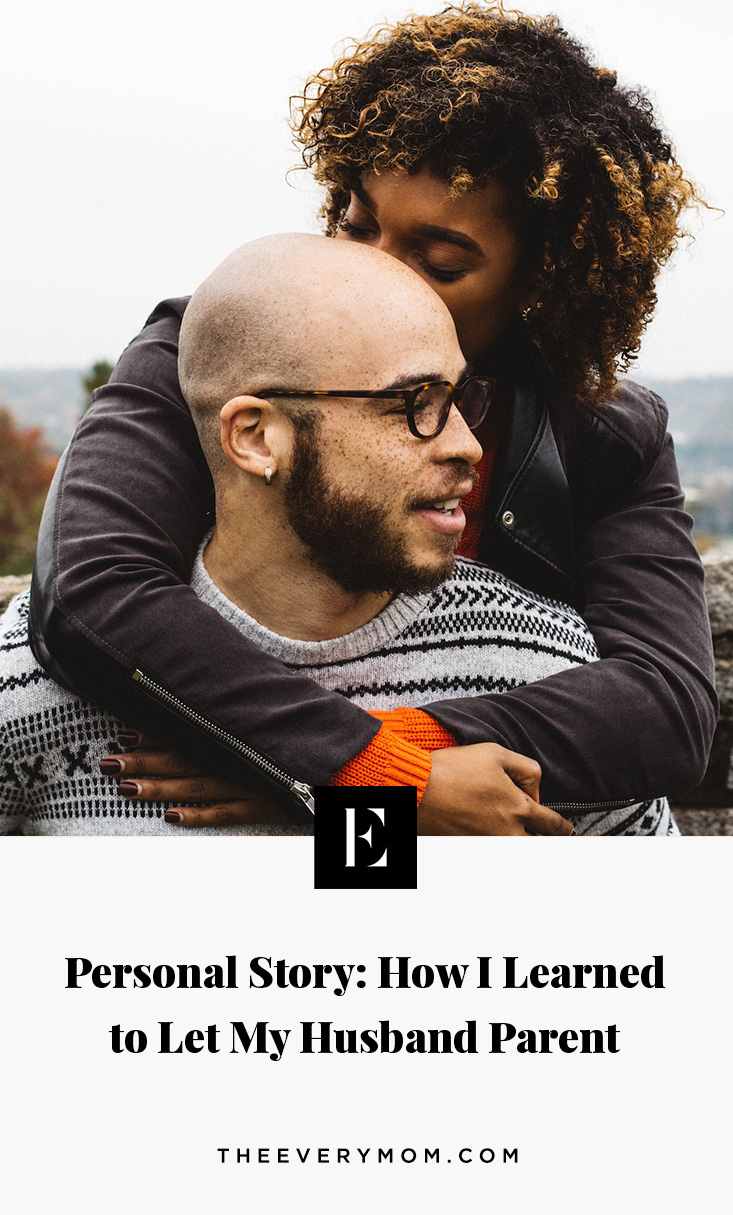 As a mom of two kids under three, I often consider myself the lead parent, both physically and emotionally. After all, my body twice rode the roller coaster of pregnancy, labor, and delivery; I breastfed and woke up in the middle of the night to shush and soothe. I manage the relentless doctor’s appointments and the daycare questions and the developmentally appropriate toys. When my littlest cries, it’s like an alarm system goes off in my brain; when my toddler melts down, I can usually figure out why.

Still, I think of my husband as equally capable: he can make a bottle, rock a baby carrier, or effectively wield a stroller in public, and build a pretty impressive block tower while multitasking dinner. I’ve realized this sense of trust and expectation toward my co-parent is sometimes viewed with surprise, so I’ll explain.

According to societal and cultural norms in the U.S., moms are caregiver superheroes capable of juggling All The Things (which, yup) and dads are just…expected to provide on some level while tagging along for the ride and waiting to be directed and/or criticized.

Within the first six months of our life as brand new parents, I traveled out of town for a yoga workshop and a bachelorette party while my son stayed home with his father for each entire weekend. Was it weird to leave and not be in control? Yes. Was it refreshing to leave and not be in control? Double yes. However, when a well-meaning friend or family member asked, “Who’s watching the baby?” I had to laugh. “Uh, his dad,” I’d reply. “You know, his other parent.”

But I get it. According to societal and cultural norms in the U.S., moms are caregiver superheroes capable of juggling All The Things (which, yup) and dads are just…expected to provide on some level while tagging along for the ride and waiting to be directed and/or criticized. Even if we don’t *fully* believe this backward narrative, it’s easy to buy into such stereotypes. “Mothers are just better at these kinds of things,” I’ve heard people argue. Or, “Dads are so clueless!”

Just a note: I’m going to use “dad” in this piece, but you can replace “dad” with partner, spouse, etc. — the language is gender-specific, but it’s also relatable for any two-parent family where one person takes the lead and the other usually doesn’t.

This dichotomy is neither fair nor true — and I believe as a mom when you give your co-parent the opportunity to be the one calling the parenthood shots, it actually benefits everyone: your partner, your kid(s), your relationship, and your sense of self. I’ll give you four reasons why.

TRENDING: This Is How My Marriage Changed After Baby

We only learn by doing

I can’t tell you how many times I’ve Googled a parenting-related question only to take a shrugging-girl emoji approach of: “IDK… maybe this is what’s wrong? Maybe we should try that instead?” I’m not being flippant — it’s just sometimes I genuinely am not sure, so the solution to a problem ends up being a combination of internet articles, our pediatrician’s advice, texts from a fellow friend, my own mom’s opinion, and my gut.

I can’t trust my husband’s parenting instincts if he never gets a chance to test them out, and he can’t ever get comfortable winging it unless he has positive and negative experiences to draw from as a parent.

The same is true for dads or anyone who isn’t always in the lead parenting role. We expect moms to take charge with mothering because they’re supposedly biologically hardwired for doing so. In reality, they just get more practice doing so, and exposure breeds familiarity. I can’t trust my husband’s parenting instincts if he never gets a chance to test them out, and he can’t ever get comfortable winging it unless he has positive and negative experiences to draw from as a parent.

Of course, it’s vital that dads take initiative, but in the same breath, I’ve seen too many dads who aren’t even given the opportunity to try and do because of moms worried about letting go of control, or worried about dads being confident/skilled/thoughtful/invested/whatever enough to handle parenting on their own.

So, instead of jumping in to fix or solve or manage literally every single parenting situation possible, I practiced something different: I held back. I purposefully gave my husband space to figure it out on his own, to do it his way. I let him parent, because he’s only going to learn how to be a parent by practicing over and over again, just like me. 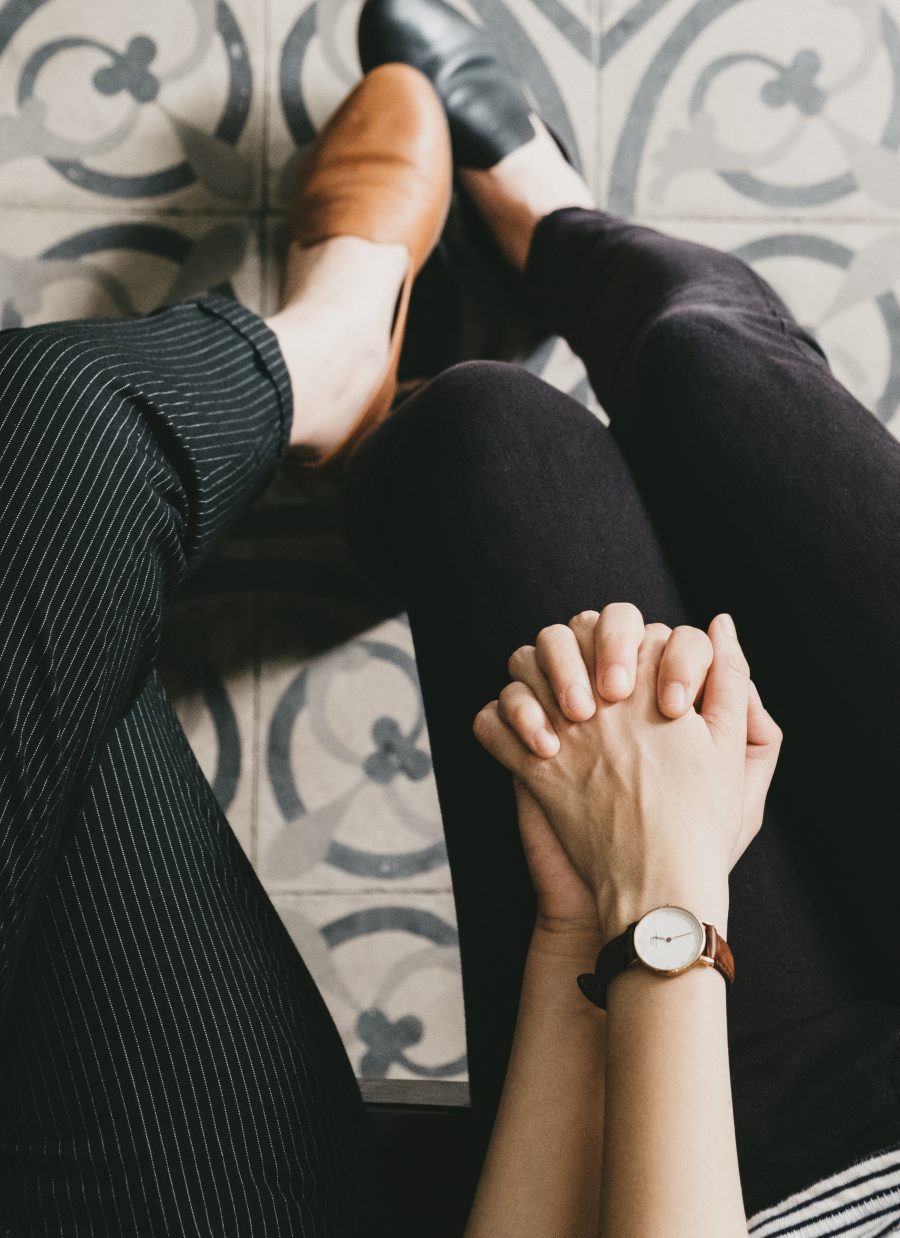 “Your” way is not the be-all, end-all

My husband once took our firstborn son to the zoo on a Saturday when I had plans. Later, I asked how the day went.

“Great!” He said. “I didn’t feel like bringing the stroller, though, so we skipped it.”

“You…didn’t bring the stroller?” I replied with alarm. “How did you bring snacks? Extra diapers? WHAT ABOUT EXTRA SUNSCREEN?”

“Um, chill,” he casually countered. “We walked. I mean, we were only there an hour. I put sunscreen on his arms and legs at home and brought his ball cap. We had ice cream. It was fun.”

I looked at my son’s bright face, shining with joy at a day spent basking in the attention of his beloved daddy, his cheeks littered with vanilla leftovers, his mouth chattering with stories about lions and rhinos and monkeys. I looked at my husband, calm, happy, and clearly capable of wrangling a one-year-old to and from a public place.

Did the outing occur how I would’ve planned it? Nope. Did it matter? Nope. And if the supposed worst had happened — a blowout, a hungry or screaming child, a regretful “should’ve brought the stroller” moment — then my wonderful co-parent would’ve learned some lessons.

Newsflash, moms: It’s okay if it’s not done your way. Grocery shopping, bedtime, dinner routines, errands, zoo outings — you fill in the blank. Over time, I’ve started to care way less about when or how something gets done and be more grateful that it gets done in the first place and that I’m not the one who has to do it. It’s tempting to play the self-sacrificing mom role, but honestly? I’m tired, and I want help. Besides, even when you plan everything perfectly and micromanage down to the nth degree, shit still happens, sometimes literally. If moms gotta deal with that, so can dads.

It’s tempting to play the self-sacrificing mom role, but honestly? I’m tired, and I want help.

Emotional labor is real, folks — look it up — and when you have kids, that load becomes heavier, especially on moms, because moms function as the default go-to. I’ll admit it’s nice to be considered so competent, but other times, I’m drowning in the minutia of remembering: who has outgrown what size of clothing, rescheduling the well-child visit, checking the ingredient list on snack bars to avoid an allergic reaction to almonds, when to buy more baby food, our daycare provider’s birthday, sending thank-you cards for birthday gifts…I could legitimately go on and on.

When I talk to my husband about these things, he’s happy to help – if I ask. And so we’ve had a lot (A LOT) of conversations about how it’s not my job to ask him; it’s his job to notice and pay attention because he lives in this house, too; he parents these kids, too; we are in this life together. However, to be fair, managing kids and a household is a real thing with quite a bit of work involved. Like any project, tasks do need to be assigned and completed, and someone needs to run point. It just doesn’t need to be the mom, in my opinion, for every single aspect all the time.

Rather than bring a bunch of emotional drama into a conversation about, let’s say, dishes, my husband and I now try to “own” different responsibilities through deliberate decision-making and communication:

Me: “I feel like I ask you to set up appointments or call back and then it never gets done, so I just do it, and then I’m pissed off.”

Him: “It’s really hard for me to make calls during the day, though, and then I get home and forget.”

Me: “Right. How about going forward, I’ll do all the calls and appointment-related stuff. But I don’t want to handle any of the trash or recycling upkeep, so you take that.”

It’s no longer, “You never do what I ask you to do!” It’s, “I do X, and you do Y, because we’re a team.” We trade off unloading the sink and making dinner, based on who has capacity on a given day. He primarily does all things outdoor-related; I keep track of indoor cleaning. His phone number is on the pediatrician call list; I get texts from daycare. Neither of us can read each other’s minds, so we talk about what needs to be done, all the time. Surprise, surprise — communication is helpful! Ha. We report back to each other, we say thank you, we honor our lanes (however gendered, which is okay with us right now), and we proactively offer help whenever possible.

TRENDING: How to Communicate Better in Your Relationship 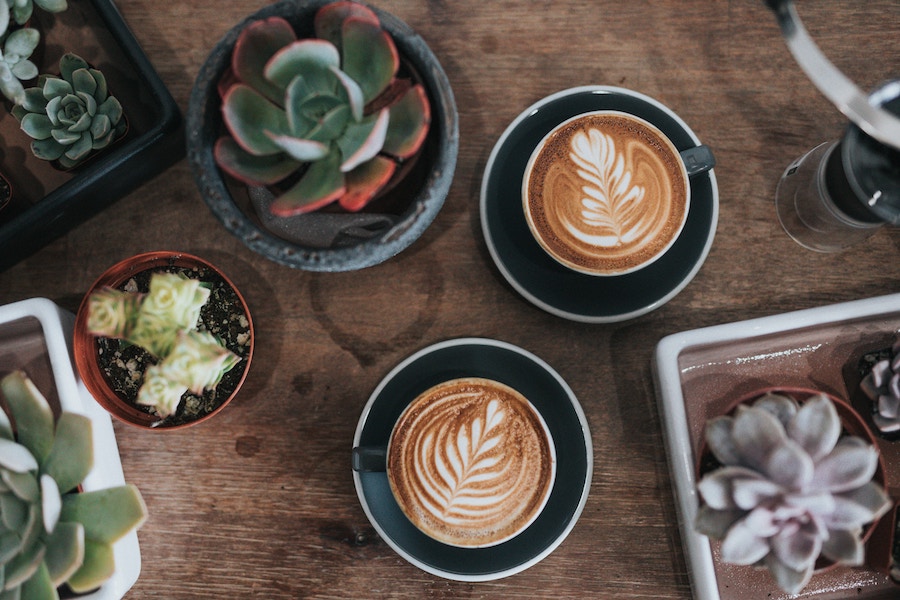 It’s okay to have high expectations

Actress Jenny Mollen once shared an Instagram post about how people often ask her if she feels lucky that her husband, actor Jason Biggs, is “such an involved dad” with their two children. She said, “The answer is, no. I expect him to be a good father! That’s why I had kids with him.” Zing. Of course, this assumes you’re dealing with a healthy relationship, and that your partner or spouse is a positive role model and a safe source of support for your kid(s). If not, that’s a completely different situation, and you should still have high expectations, but prioritize the wellbeing of your family unit however you see fit!

Truthfully, I do have high expectations for my own husband, as a parent and as a person. I expect that he will be actively involved with our children and bond with them in his own way, which may look very different than how I connect with them. I expect that he’ll step up when life gets challenging or overwhelming, just as he knows I’ll do the same for him. I expect that he’ll do his fair share of chores, of wiping tears and butts, of time-out drama, and creating moments full of belly laughs. I have high expectations, and that’s a good thing. Because when I let my partner parent, it’s an act of trust in our co-parenting team of two.