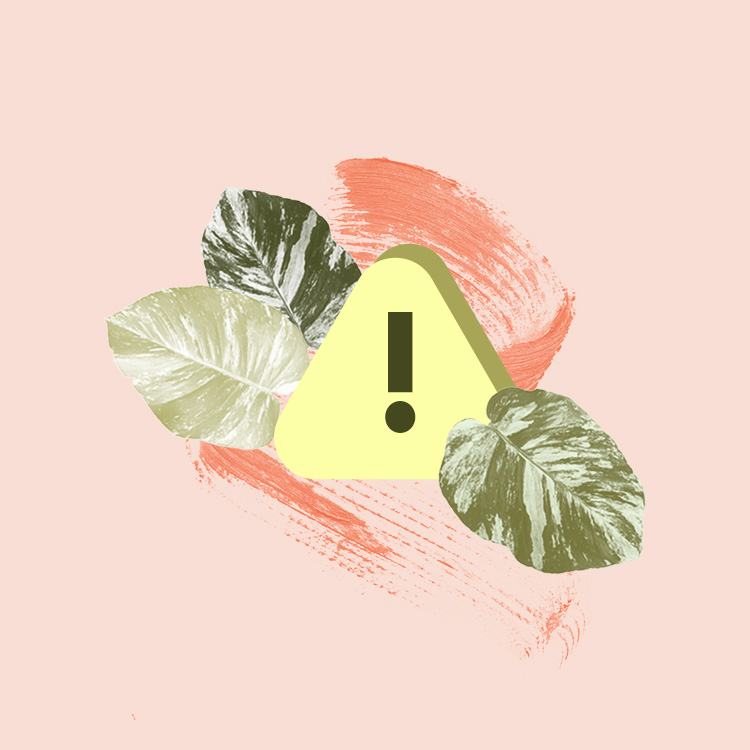 As parents of young children know too well, it only takes a second for a grabby little hand to pick up something dirty or unfit for eating. But there’s unideal and there’s truly dangerous, and when it comes to common garden and houseplants, it’s wise to know the difference. While there are many kid-friendly plants, there are some that you’ll want to be wary of if you have little ones at home—or, for that matter, pets, as many plants toxic to children are also dangerous for animals.

In reality, the full list of plants that cause any kind of adverse effect in children would include thousands of species. So for practicality’s sake, we’ve focused on only a handful of plants that are very dangerous, very common, or both. Even if you have no intention of planting these yourself, they might appear at your friend’s or relative’s home. Also note that using pesticides can make any plant dangerous, so you may want to avoid doing so while your children are very young or at least familiarize yourself with the risks.

For more information on poisonous plants in your area, call your local Poison Help Line (800.222.1222). If you suspect your child has been poisoned by a plant but their symptoms are relatively mild, call their pediatrician for advice on next steps. However, if their symptoms are severe or they’re having trouble breathing, always call 911. 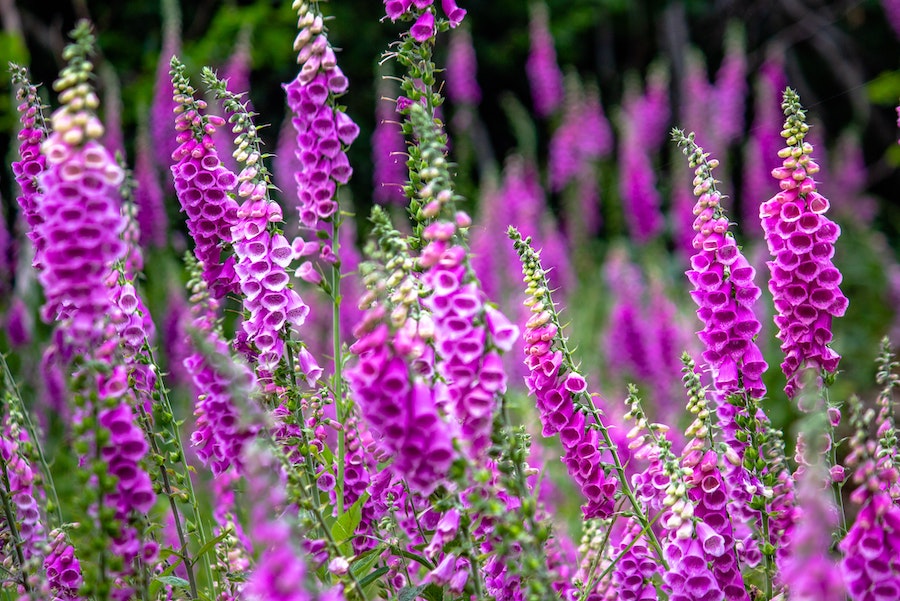 This tall beauty is a favorite of many gardeners because it’s easy to grow and loves the shade.  With its dangling purple and pink bells, it looks straight out of a fairy garden. One can imagine plucking one of the flowers off and sipping some magical nectar from it. Unfortunately, this is exactly what some children attempt to do, landing them in the emergency room. That’s because foxglove is highly toxic for both people and pets, leading to many symptoms such as irregular or slow heartbeat, collapse, low blood pressure, and even death. 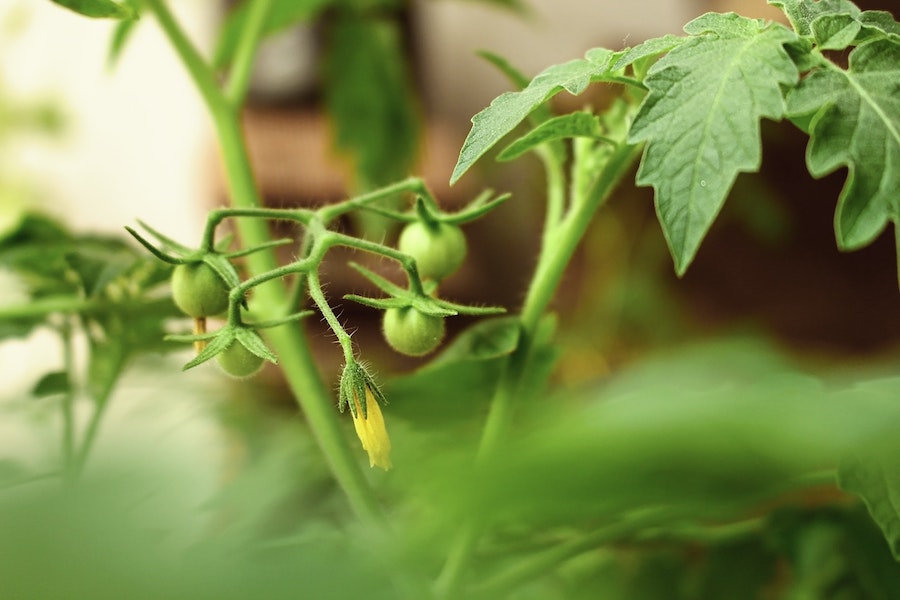 For many, growing fresh, homegrown tomatoes is one of the great simple pleasures of summer. However, unripe tomatoes that are still completely green contain the poisonous alkaloid solanine, which can cause moderate nausea, vomiting, diarrhea, and headache if ingested. If eaten in large quantities, it may also cause changes in blood pressure and heart rate. Solanine is also present in the green sprouts or “eyes” on potatoes. 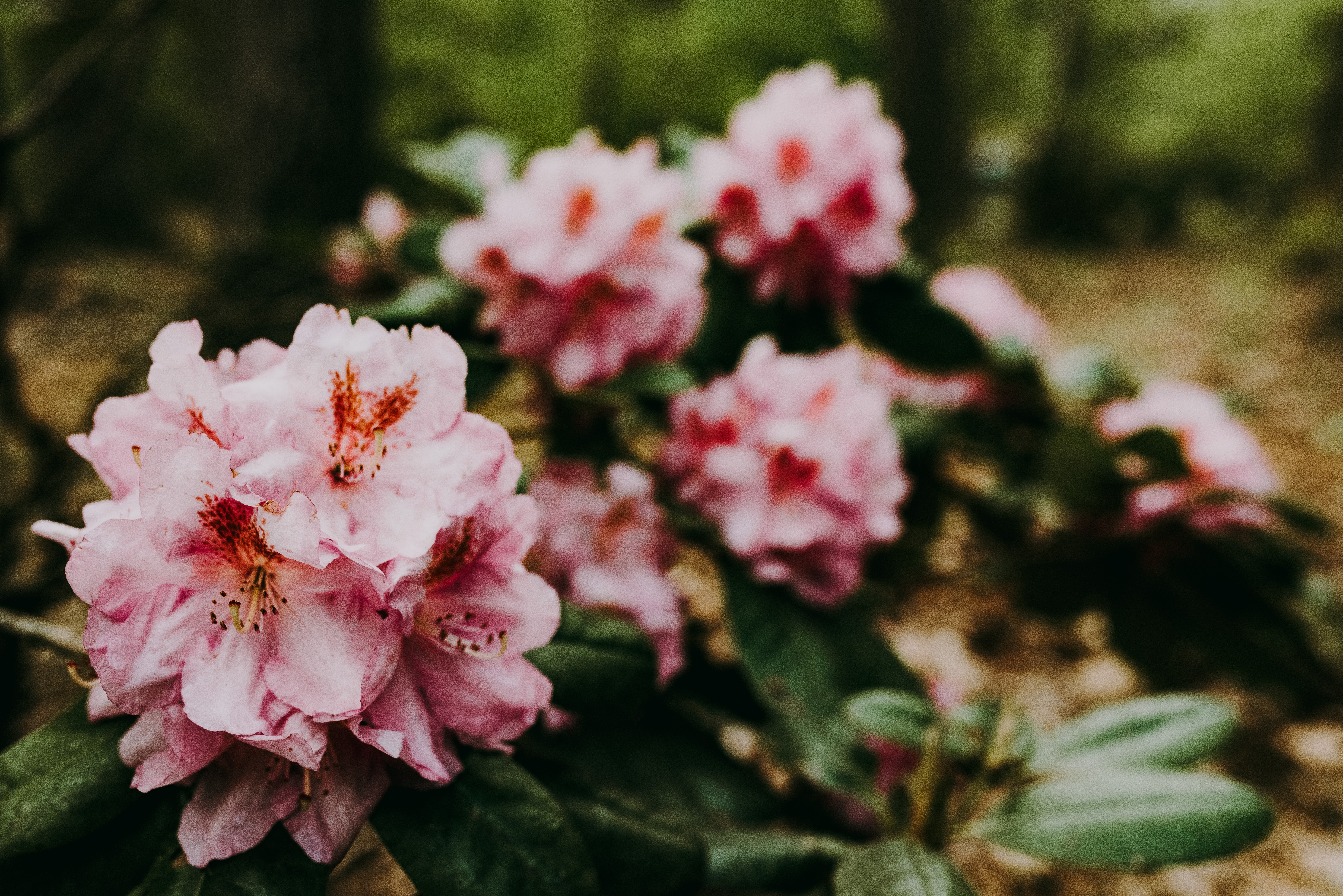 I can never look at my mother’s rhododendron bush without remembering a bit of family lore: My older sister and the neighbor kids made a feast of the flowers one day and had to be taken to the doctor. They’re a yard staple for a reason—there are thousands of varieties and they come in a variety of colors. When ingested in small amounts, they’re not likely to cause serious harm. Still, according to the National Capital Poison Center, “swallowing large amounts of any part of the plant or honey made from these flowering plants can cause life-threatening symptoms.” 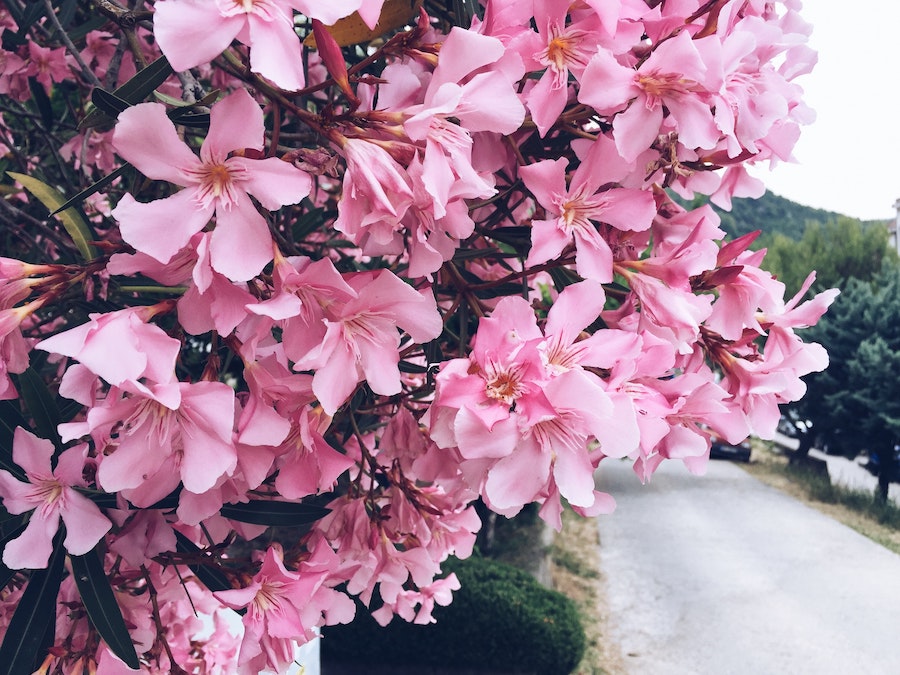 Despite some inaccurate claims that oleander can cure Covid-19, the striking flower is one of the most dangerous for children (or anyone) to ingest and has even caused fatalities. Like Foxglove, it is used to create heart medications but should never be used as a home remedy, and parents should make sure children steer clear of it. Common to hot, coastal regions like Florida, the plant is so toxic that symptoms can be caused by ingesting small amounts or even just touching it. 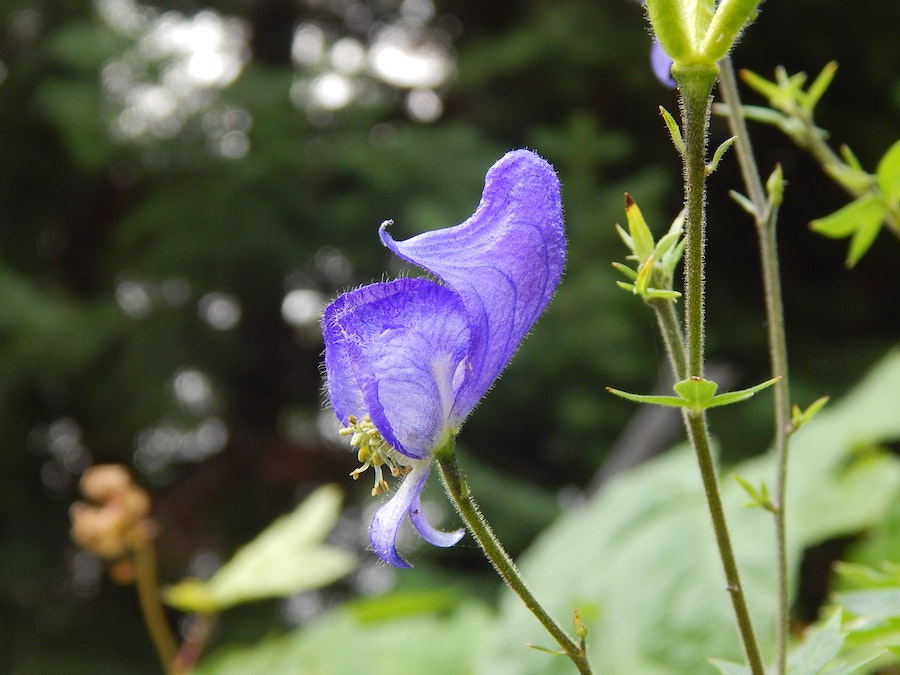 This delicate purple-blue flower is so poisonous that it was used in ancient times as a weapon. Though poisoning from Monkshood isn’t very common in the U.S., symptoms are severe and occur within minutes, from changes in heart rhythm to vomiting. The National Capital Poison Center cautions that “swallowing any part of the plant could be deadly,” and cites a number of examples in which people ingested the plant for supposed therapeutic purposes and ended up in the hospital. 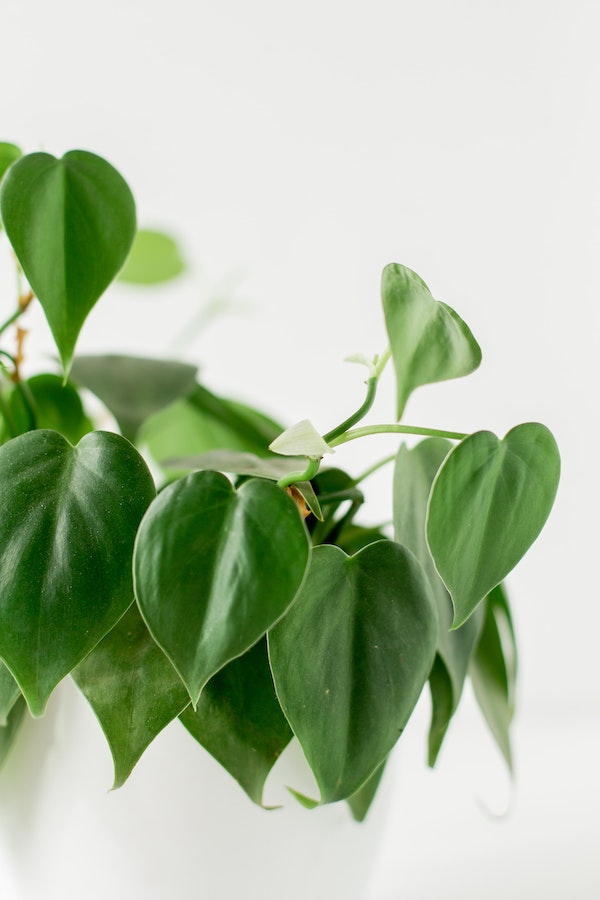 With its clean, heart-shaped leaves, this plant abounds on Instagram, probably because it’s easy to care for and looks great in most homes. While they’re not so dangerous that you necessarily need to avoid buying them altogether, it’s worth keeping them out of a baby’s or toddler’s reach. Ingesting any part of the plant causes irritation in the mouth akin to “biting into ground glass.” (Not something you’d want a child experiencing!) 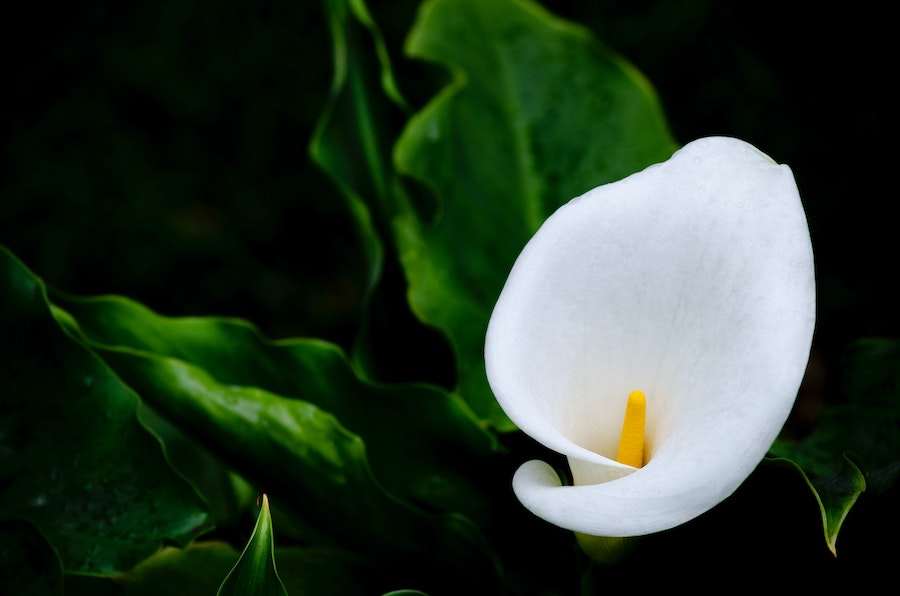 Like philodendrons, calla lilies are mouth irritants that can cause pain, difficulty swallowing, swelling, and temporary hoarseness. Their elegant white shapes make them a nice addition to floral bouquets. Just keep a close eye on tots who might think they look like a snack. 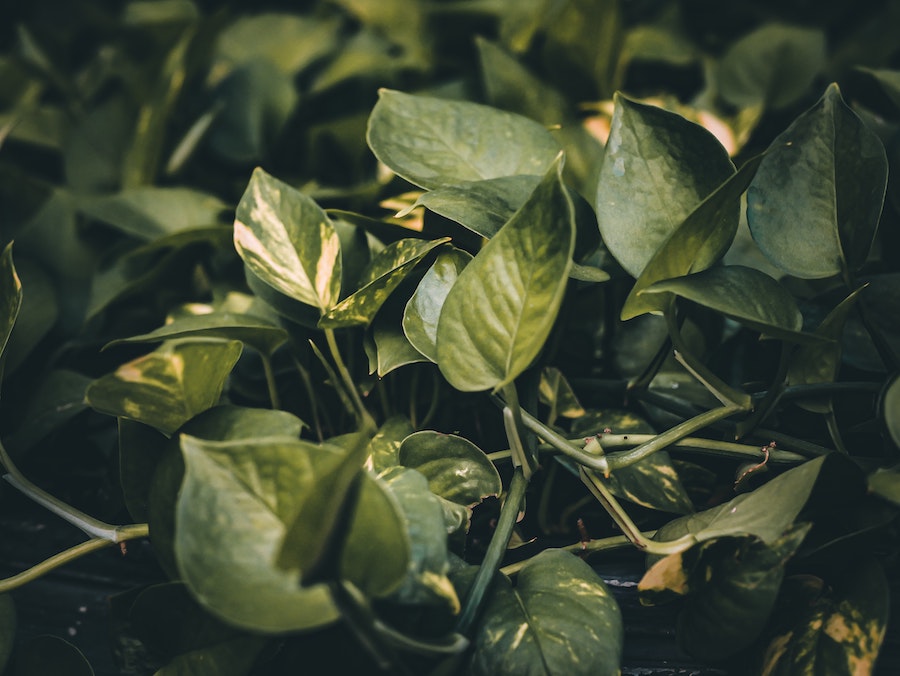 Another plant that’s both incredibly popular and falls into the mouth irritant category is the beloved pothos. As I can attest from experience, they’re incredibly hearty (you’d almost have to go out of your way to kill them); however, touching the plant can cause a skin rash, and chewing it can irritate the mouth.

While it’s good to be cautious, keeping your child away from all plants is likely not realistic and would limit their ability to learn about and enjoy the natural world. By equipping yourself with knowledge about potential harms, you can let your child explore while minimizing risks. 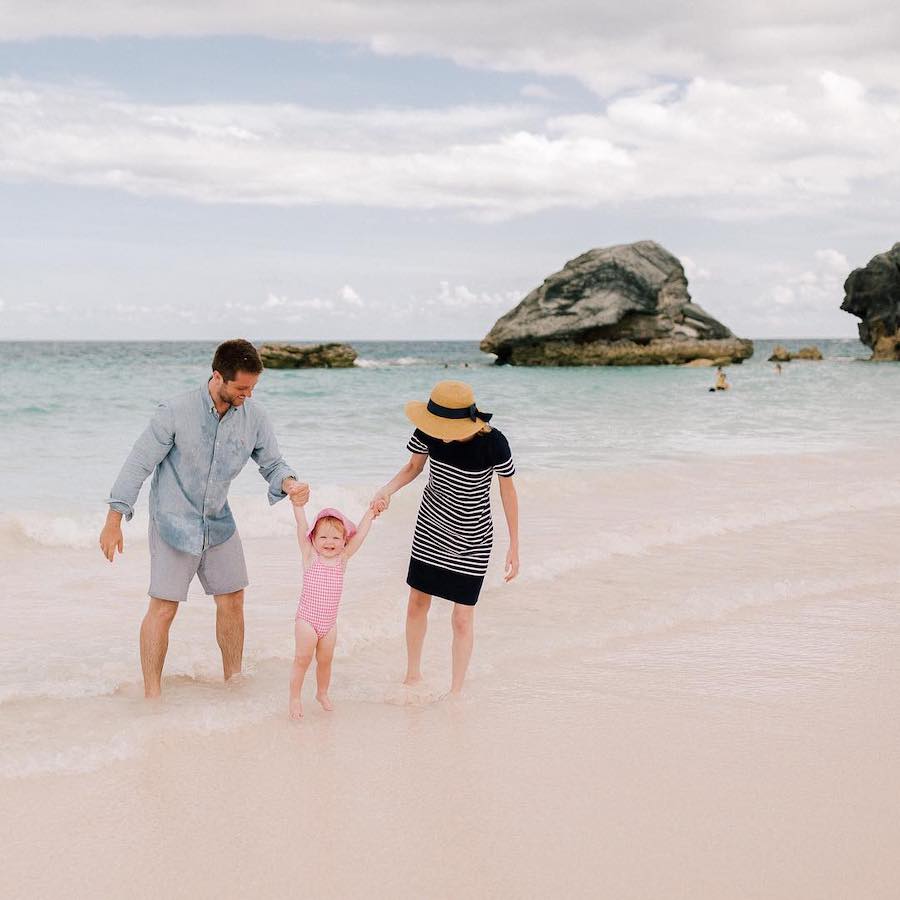 Summer Water Safety for Kids: Everything You Need to Know to Stay Safe
click to read