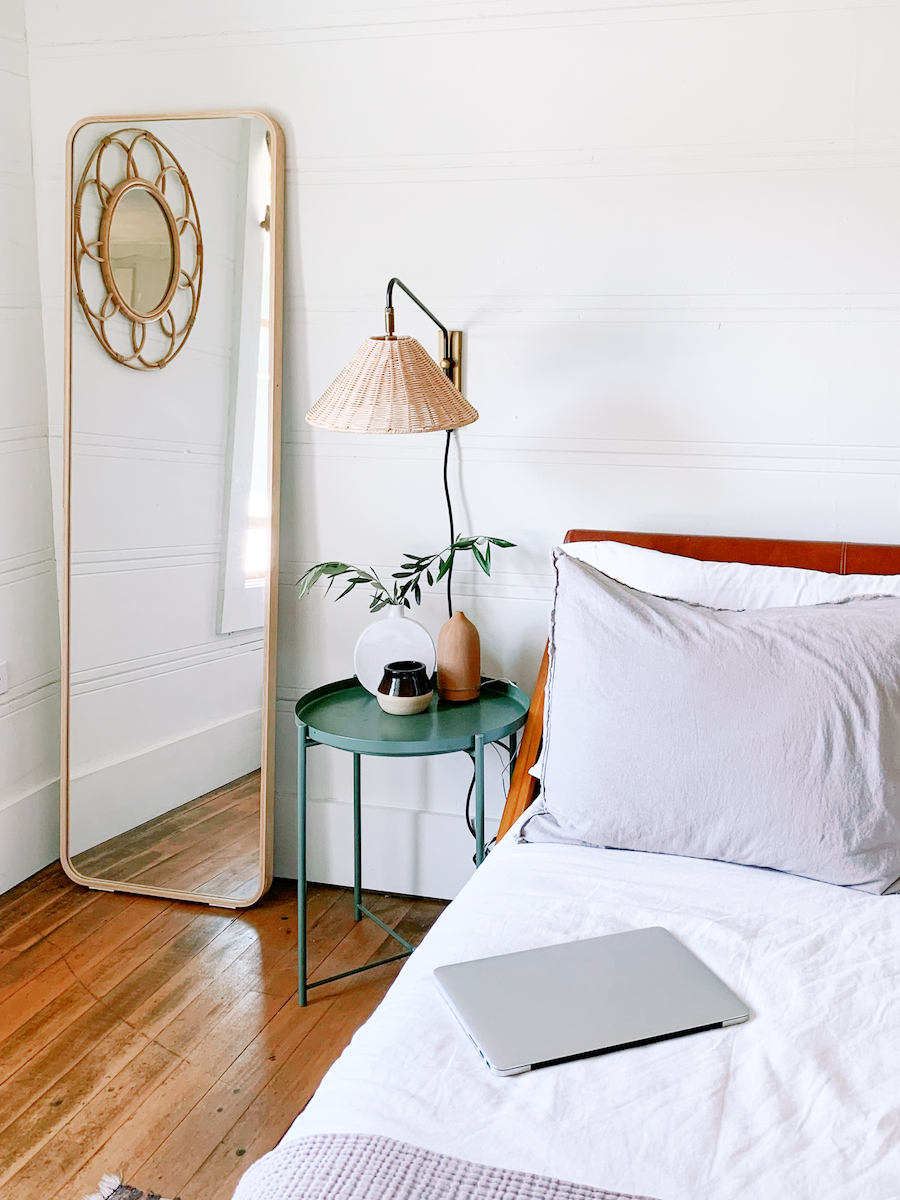 Editor’s Note: Always seek the advice of your physician or other qualified health provider with any questions you may have regarding a medical or mental health condition. Never disregard professional medical advice or delay in seeking it because of something you have read in this article.

My relationship with sex is full of seemingly never-ending twists and turns. One minute I’m enjoying it without any shame and the next minute I feel overwhelmed by the idea of being touched in any sexual way. This was one surprise from pregnancy and postpartum life—it’s been unlike anything I could have imagined.

During my pregnancy, I read a few discussion board posts where moms shared that their sex drive increased while they were pregnant. The fact that my sex drive seemed to vanish made me wonder if something was wrong with me. That’s not to say I didn’t attempt to have sex, because I did. The few times I tried left me feeling so uncomfortable that I decided pregnancy sex was not for me.

My relationship with my son’s father became increasingly tense after we brought our baby home from the hospital. One of his love languages is touch, so he wanted to cuddle with me when I wasn’t tending to our son. But I was having a hard time finding a breastfeeding and pumping schedule, so my breasts were always sore. It got to the point where I began to develop mastitis and was in bed sick for three days straight.

My son’s father believed I was rejecting him because there was something wrong with him instead of understanding that I’d been in pain for weeks. However, I thought this was something we could put behind us once we moved in together. Unfortunately, the day I was cleared to have sex at my six-week postpartum appointment is the day my irritation with sex began. An uncomfortable sex experience with my son’s father led to him expressing his frustration with me instead of, again, understanding I was still in pain.

He eventually apologized for not being more aware, but in my mind, the damage was done. Sex became more of an obligation rather than something I enjoyed. So here I am at seven months postpartum and sex is at the bottom of my to-do list. And you know what? I wish that it wasn’t. I miss having sex, but I have not decided if feeling uncomfortable and unheard is worth the experience.

My Hope for Sex in the Future

My idea of sex involves bliss and pleasure, two things I know are possible to experience. At this point, my daily routine has space for it, but I don’t feel like I have space for it mentally and emotionally. I’m trying not to feel guilty about it or that something is wrong with me for not feeling aroused.

I actually thought my libido would return once my hormones began to balance out—at least that’s what my doctor implied during my six-week postpartum check-up. I suppose it would have had I been given the space to feel comfortable. Ironically, my son’s father does try to make me feel comfortable, but most of the time, I am not receptive. Sometimes I ask myself if I am being fair or not.

Then, I can’t help but wonder if I feel obligated to make sure my son’s father receives pleasure even though I am still uncomfortable. It is a weird space to be in: of not being in the mood for sex yet feeling like I am supposed to be. By now, it seems like I should be back to the person I was before I gave birth. However, I don’t think that person exists anymore.

By now, it seems like I should be back to the person I was before I gave birth. However, I don’t think that person exists anymore.

I am sure there is a version of myself underneath this who will become open to sex again one day. I’m sure she will feel renewed and I’m also sure she will be confident in who she has become. This person won’t long for the person she used to be but will embrace all that has taken place since that time. Until then, I am working on moving through my discomfort with sex as it pertains to me, as it pertains to this body that carried life for nine months and gave birth.

Do you know what else I’m working on? I’m working on accepting that my discomfort does not have to be rushed in order to fulfill someone else’s pleasure and that I do have a choice and my choice should not be treated as an anomaly. Sometimes I feel like we as people try to gauge what is or isn’t “normal” for our lives based on the lives of others. This leaves room for unnecessary comparison to start running the show.

Like in parenthood and in life, you never know what you’re going to get. So no matter how long this journey takes, I am making peace with the unpredictability.

Readers Share: How Long After Birth Were You Ready for Regular Sex Again?
Read More

@theeverymom / #sharetheeverymom
Hey mama, we're here to remind you that there is N