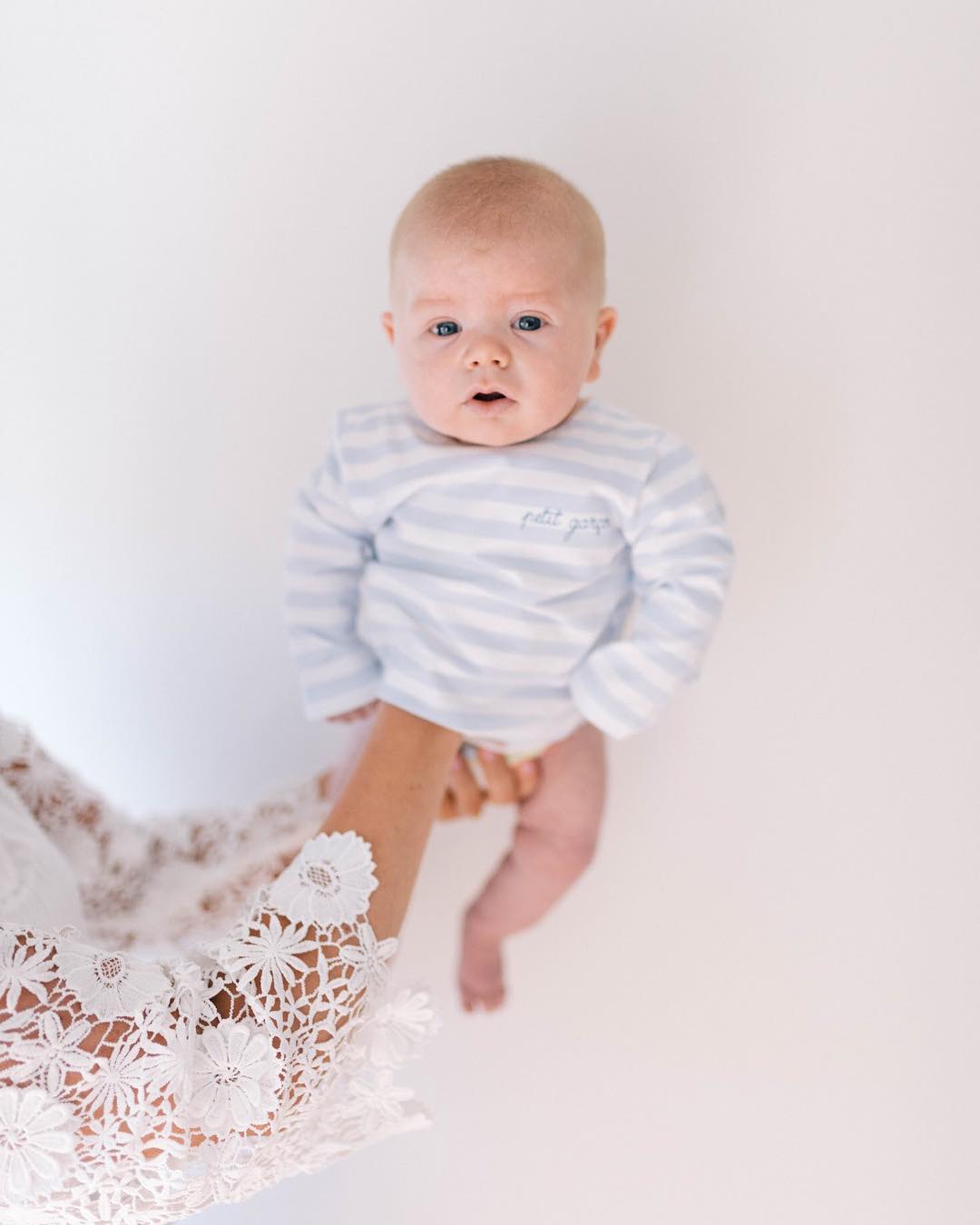 I remember when my first born, Charlie, was a newborn. I wanted time to stand still. He would sleep on my chest for hours during those first three months. He was the happiest and most predictable baby. I always felt comfortable bringing him anywhere, even the library in the quiet section. If he was fussy he was hungry, and that was it. He could even sit in a dirty diaper for hours without a peep.

Then Ford came along. From day one, he seemed so uncomfortable, and I had an overall feeling something was just not right. I couldn’t put my finger on it. During our one week check up, I told the doctor that he was fussy, seemed uncomfortable after feedings, and had bad gas. The doctor didn’t think anything of it. He told me if it was colic, it wouldn’t present itself until week two or three. I then said there also seems to be something off about his face. It seemed stiff. The doctor looked at me like I had three heads. As I was leaving the office, he asked me, “Are you okay?” I just couldn’t shake the feeling that something was just not right with my baby. When I left, I took ten minutes in the car and just sat thinking – am I going crazy?

Instead of deciding that YES, I am crazy, I headed right over to the ENT specialist thinking perhaps he had suffered a trauma to his face during delivery. Ford’s arrival was a very intense, but quick delivery. The ENT examined him and determined that everything was fine.

So, I took a breath and chalked it up to fourth-trimester fussiness. However, I still couldn’t shake my gut feeling that something wasn’t right and found myself searching on the internet late into the night, still unable to find anything that made sense.

After four weeks of countless hours of fussiness, crying, and one very uncomfortable baby, I decided enough was enough. Instead of feeling like wanting time to stand still, I was praying time would speed up. I couldn’t take it anymore. Seeing Ford in pain and also being around a fussy baby all day was just torture. No cuddles, hardly any smiles, or interaction. I felt guilty, but when people were around, I would immediately hand him off.

I then decided no matter what, I had to figure this out. When I googled “colic,” it seemed like “colic” is just not really ever figuring out what is wrong with your baby but having to wait a few months for it to clear up. 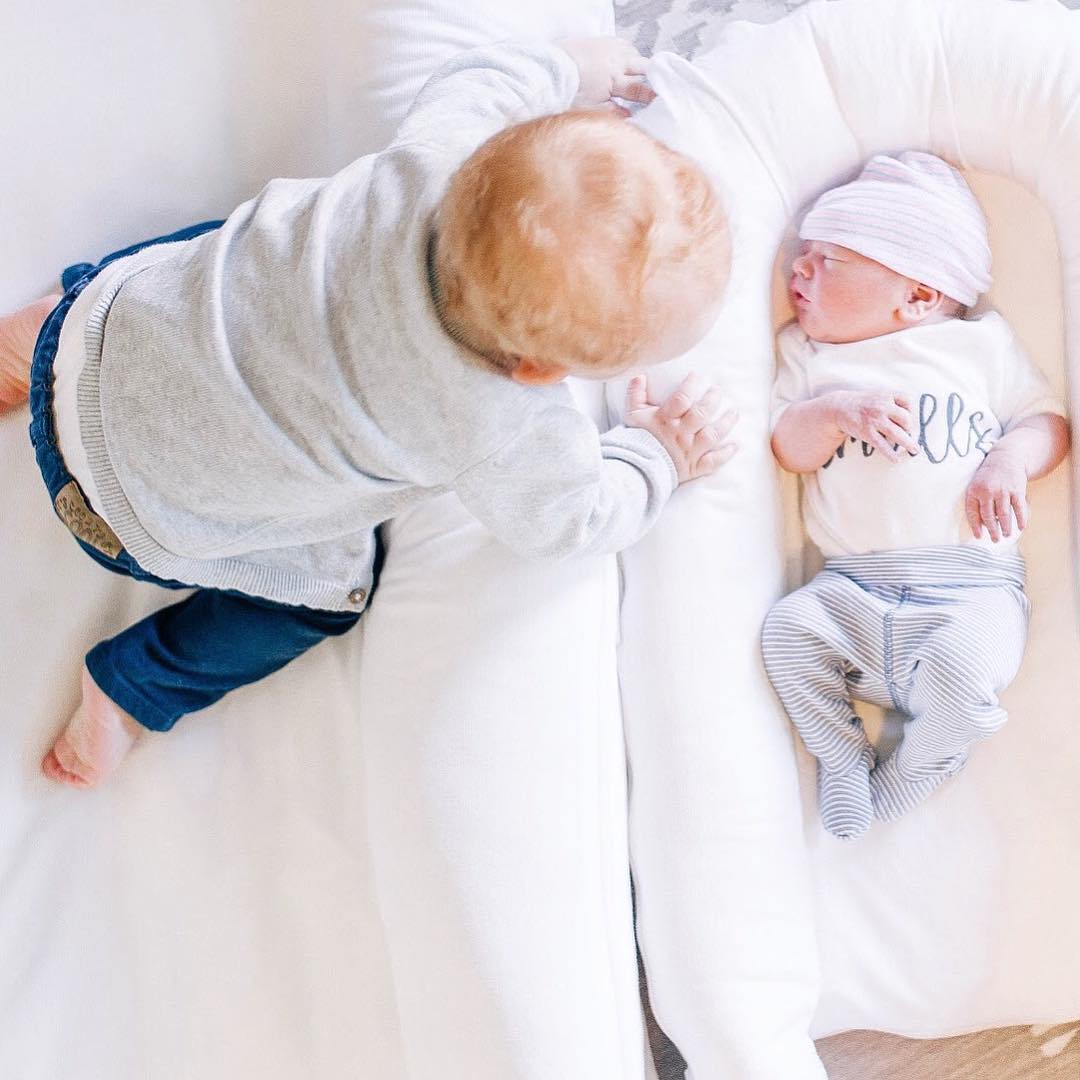 I brought him to a GI specialist. She had me cut out dairy, and at first, I thought it was really working, but it ended up not making much of a difference. I wasn’t sure what photo to post on Instagram. Should I post the picture that summed up my reality? My baby screaming in pain? Was that picture too intense, too real? I thought in that moment, I needed to admit to myself that this is my reality. The night my blog post about colic went live, something beautiful happened. Mothers from all walks of life commented with their similar stories of living with a fussy baby. Some moms had questions and other shared their personal stories.

And then, a few hours later, I checked my Instagram and found this: “He looks like he has a lip tie from this picture. Seeing a specialist would probably be helpful. My son had a lip tie and it caused so many issues, from gas to not getting full. His dad also has one and it created a gap between his teeth.”

Oh my goodness! WHAT, I thought, is a lip tie? I had never even heard of a lip tie.

More comments flooded in with the exact same lip tie comment. Ford was asleep and for the first time, I anxiously waited for him to wake up. I googled lip ties for hours. I thought there’s no way he could have one. He was looked over at the hospital, and he’s been seen by two specialists and our primary care doctor multiple times. Someone would have obviously checked for it.

The moment he woke up I opened his mouth and OMG! THERE’S A LIP TIE!

It all made sense. Everything came crashing together, along with a wave of anger and guilt. I knew I would never get that time back with him. And all of these doctors – how could they possibly overlook such an obvious thing?

After being up all night, I needed answers. I showed up at my primary care doctor unannounced. It was immediately confirmed. I couldn’t see our regular doctor, but another doctor at the practice examined Ford. “Yeah, it looks like he has a lip tie.” That was it? She didn’t seem very concerned. Should I see a specialist? The doctor basically shrugged her shoulders and said since he’s gaining weight I shouldn’t worry. What? Weight? That’s all you care about? What about the fact my baby is in constant pain?

I asked to see a specialist and was sent back to the ENT. That appointment didn’t go so well either. “Yes, he has a lip tie and a little tongue tie. He’s gaining weight so I wouldn’t worry. Are you sure it’s not reflux?” I couldn’t believe what I was hearing! “Are you sure?” he pressed. “You should try reflux meds. And these lactation consultants are sending me way too many lip and tongue-tied patients. They so overreact.” I felt like I was taking crazy pills. So many moms said their babies lip and tongue ties caused gas pain, fussiness, and colic-like symptoms.

My next stop was to an oral surgeon. I couldn’t believe I was having the exact same conversation. Since the baby was gaining weight, he advised it might be a good idea to wait a few years. Weight again seemed to be the only concern. I left that appointment so upset! 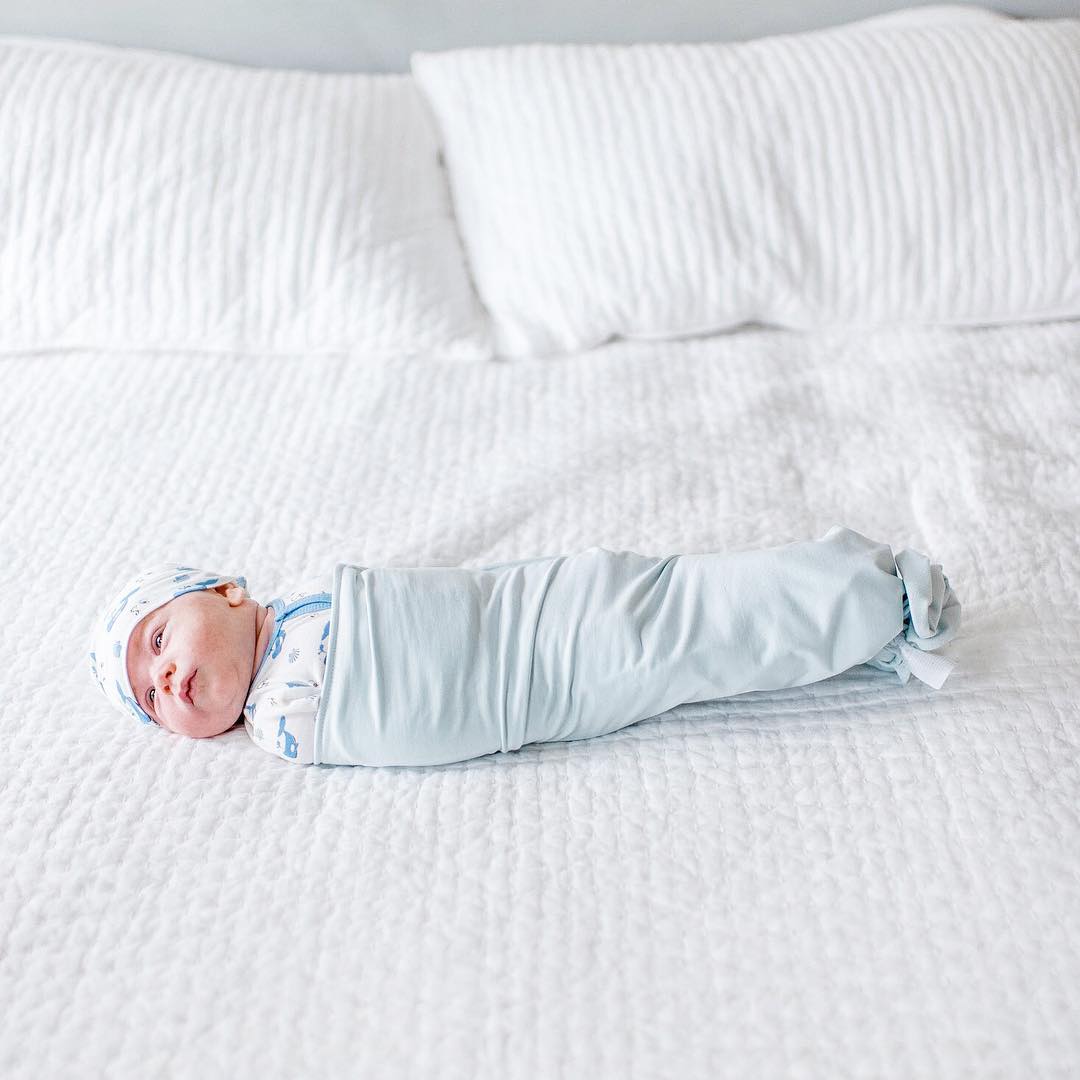 My husband’s co-worker then gave me the name of a specialist that successfully helped his baby. This doctor, Dr. Spiegel, is the first and only Oral and Maxillofacial Surgeon in the United States that was awarded a fellowship in the American Academy of Pediatrics. I made an appointment for two weeks. My husband walked in that night and found me staring at Ford and basically sobbing. I just wanted to feel a connection and it was so hard for me and him. We decided to call back and beg for an appointment. They got me one the next day.

I walked in and he told me Ford had a stage 4 lip tie (worst level) and a tongue tie. All of the air I was hearing him swallow during breastfeeding was because he couldn’t properly latch. I had such an aggressive let down that he was gaining weight despite all his challenges. His lip and tongue tie, paired with an aggressive letdown, resulted in one fussy baby.

The doctor then proceeded to swaddle Ford, put little glasses on him and in less than 2 minutes lasered off both ties. Two minutes, and it was all over. That was it.

I was supposed to immediately feed him, so I did. I know some babies have trouble latching after the procedure, but not Ford. He fed beautifully.  After feeding him, I put him down to learn how to do the mouth exercises that I would have to do for two weeks to make sure the ties did not come back, he smiled! I could never put him down ever without him screaming bloody murder. I would have to rock him with the noise maker going full blast just to get a minute. Not this time! He smiled at me with a really long cute smile and all that time that we didn’t bond just melted away. So many thoughts ran through my head but the one I remember the most was, “There you are…I knew you were in there somewhere”.

It has now been a few weeks since the laser procedure. For the first two weeks, I stretch out his upper lip and tongue to make sure the ties don’t grow back every five hours. Even with stretching out his wounds, he’s a much happier baby. The first week he was still fussy, but a different kind of fussy. I could tell it was from the procedure. I never thought I would be able to say this, but the second week, Ford has been the easiest baby, just like Charlie. We recently started building a beautiful relationship, and it is the best feeling in the world. It’s like we are making up for lost time. 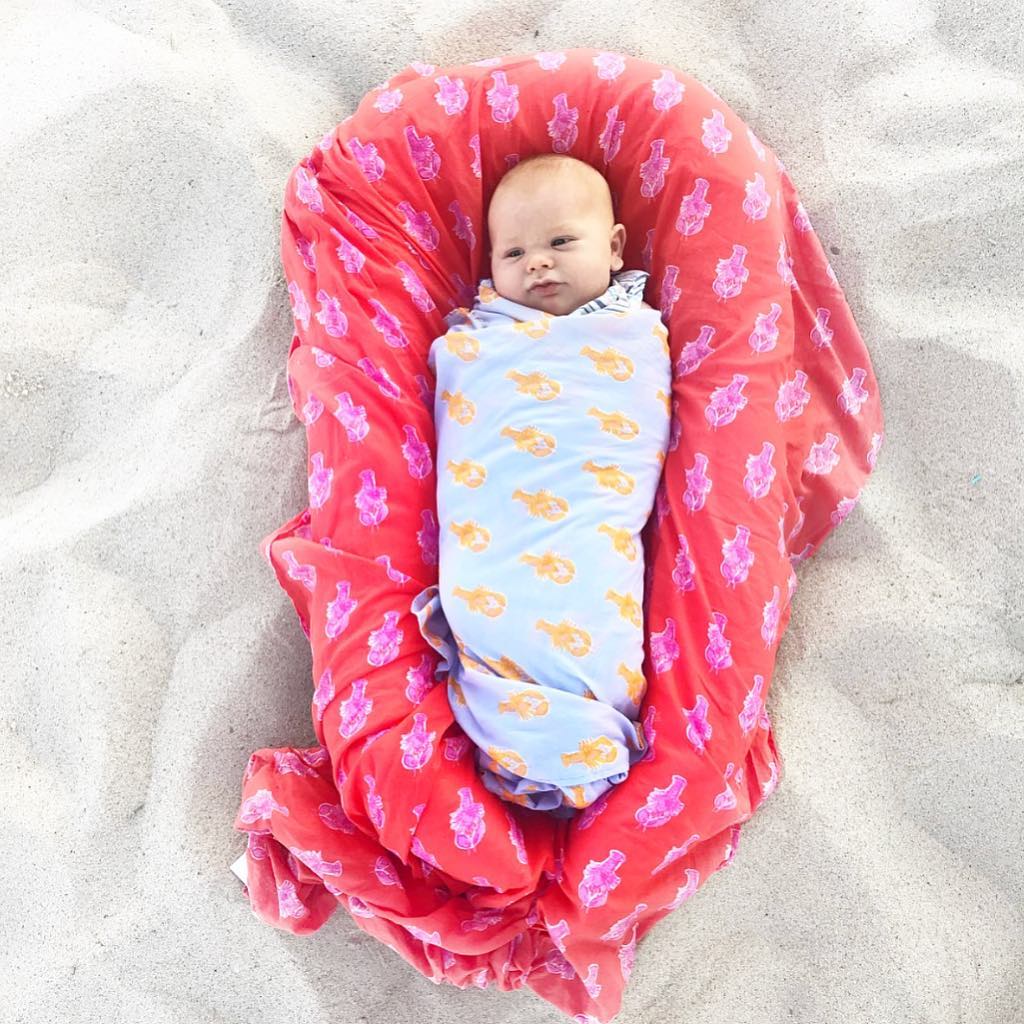 Two seconds. Two seconds is the amount of time it would take to check if a baby has a tongue or lip tie. It would take two seconds to change the first few months or years of a child’s life, of those early bonding days where new mothers are in need of that connection with their babies to get them through the day. Two seconds. Lip and tongue ties go overlooked way too often. I’m not sure if doctors don’t take them seriously or don’t believe they really cause anything, but all it would take is two seconds.

After talking to multiple mothers with the same exact story, I know it’s not just me. Dr. Siegel was a wealth of information. He explained that not only can lip and tongue ties cause so much discomfort for the child during feedings and after feedings, but it can also cause speech issues, dental issues, sleep apnea, and even can significantly change the way a child’s face develops. We are talking about lifelong issues.

Many times they go undiagnosed until kids are getting braces. One mother told me her daughter had been going to a speech therapist for years and the therapist had overlooked her lip tie. The dentist caught it. They had it lasered, and she stopped speech therapy that day. Another mother told me her daughter was misdiagnosed with reflux. They had her lip tie reversed, and she came off of meds shortly after.

I want to scream our story from the mountain tops and spread the word. I feel like I need to pass the gift of bonding on to other moms that those three mothers gave to me. Never ever question the strength of a mother’s intuition.

Did your child have a lip or tongue tie? Share your experience in the comments!