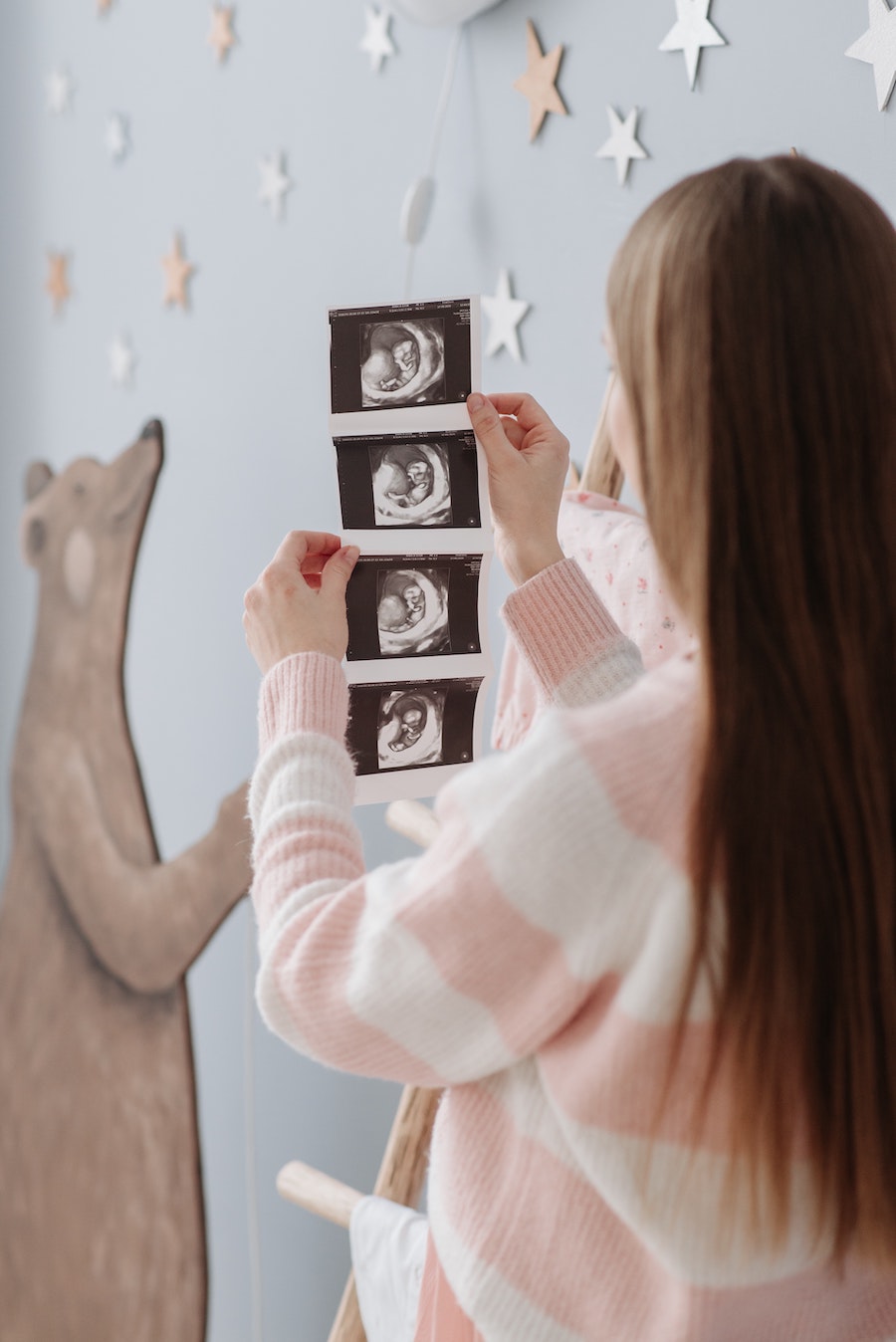 I will never forget the day my dear friend and boss, Hue, suffered a miscarriage at work. We were having an all-day team meeting, and she came back from the bathroom looking ashen and upset. She hadn’t even told me or my coworker she was pregnant, but when she told us what was happening that day, we all broke into tears. She and her husband had been trying for years, long before I knew her, to have a baby. And they’d faced loss after loss in the process.

That day is the first time I can remember thinking, I wish I could do something. I wished I could ease Hue’s pain, but more than that, I wished she could finally have the baby she longed for.

That day is the first time I can remember thinking, I wish I could do something… I wished she could finally have the baby she longed for.

Hue was my first friend in Cleveland. We met in my first job interview and had an instant connection, talking for so long that the recruiting assistant had to go feed my parking meter so I wouldn’t get a ticket. When I began working on Hue’s team, we had a quick and easy friendship, often spending meetings laughing so hard people would check in to see what was going on. But all that time that we were building our friendship, Hue was struggling silently. She had suffered miscarriage after miscarriage, eventually seeking out treatments for infertility. I did what I could to support Hue during this period, but I hated the overwhelming feeling of helplessness. 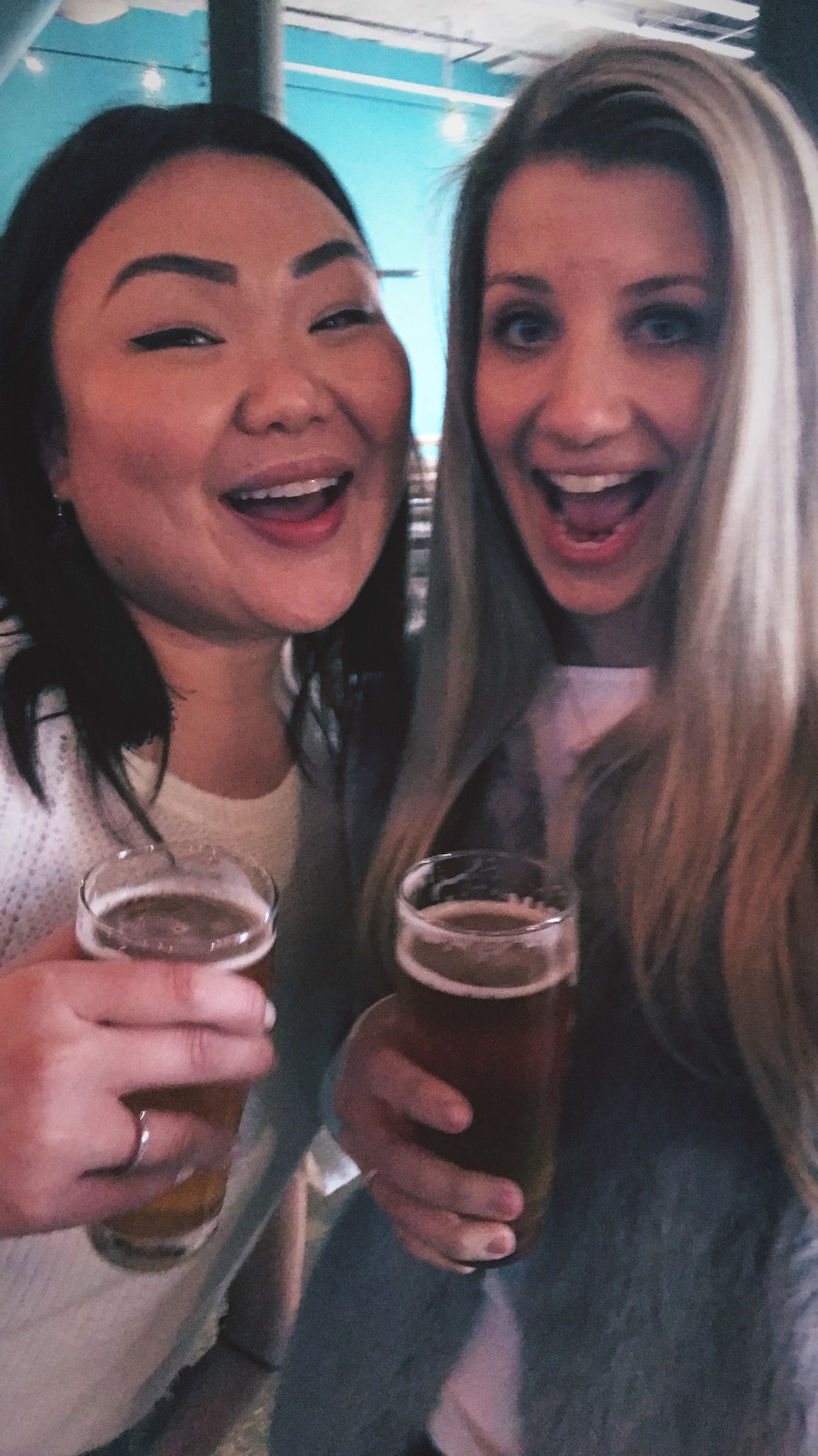 Getting Pregnant When Your Friend Is Struggling With Infertility

About a year and a half into our friendship, I became pregnant with my second daughter. Now throughout my first pregnancy, I think it would have been safe to say I hated being pregnant. All I could think about was what I couldn’t do, how limited I felt, and how isolated it made me feel from my childless friends. But during my second pregnancy, I gained a new perspective. Knowing how many of my friends had struggled to get pregnant, I was able to see how lucky I was. To be able to get pregnant without medical intervention, along with the fact that I had what I would call “easy” pregnancies, made me feel enormously privileged.

Knowing how many of my friends had struggled to get pregnant, I was able to see how lucky I was.

Next to my dear friends who would give anything to experience a growing belly, how could I complain about headaches and reflux? I was mindful to embrace the maternity clothes (honestly, dressing a bump can be a fun challenge), document all the milestones, and be grateful for the experience. And it worked. I felt genuine nostalgia for the experience after my second daughter Lana was born. 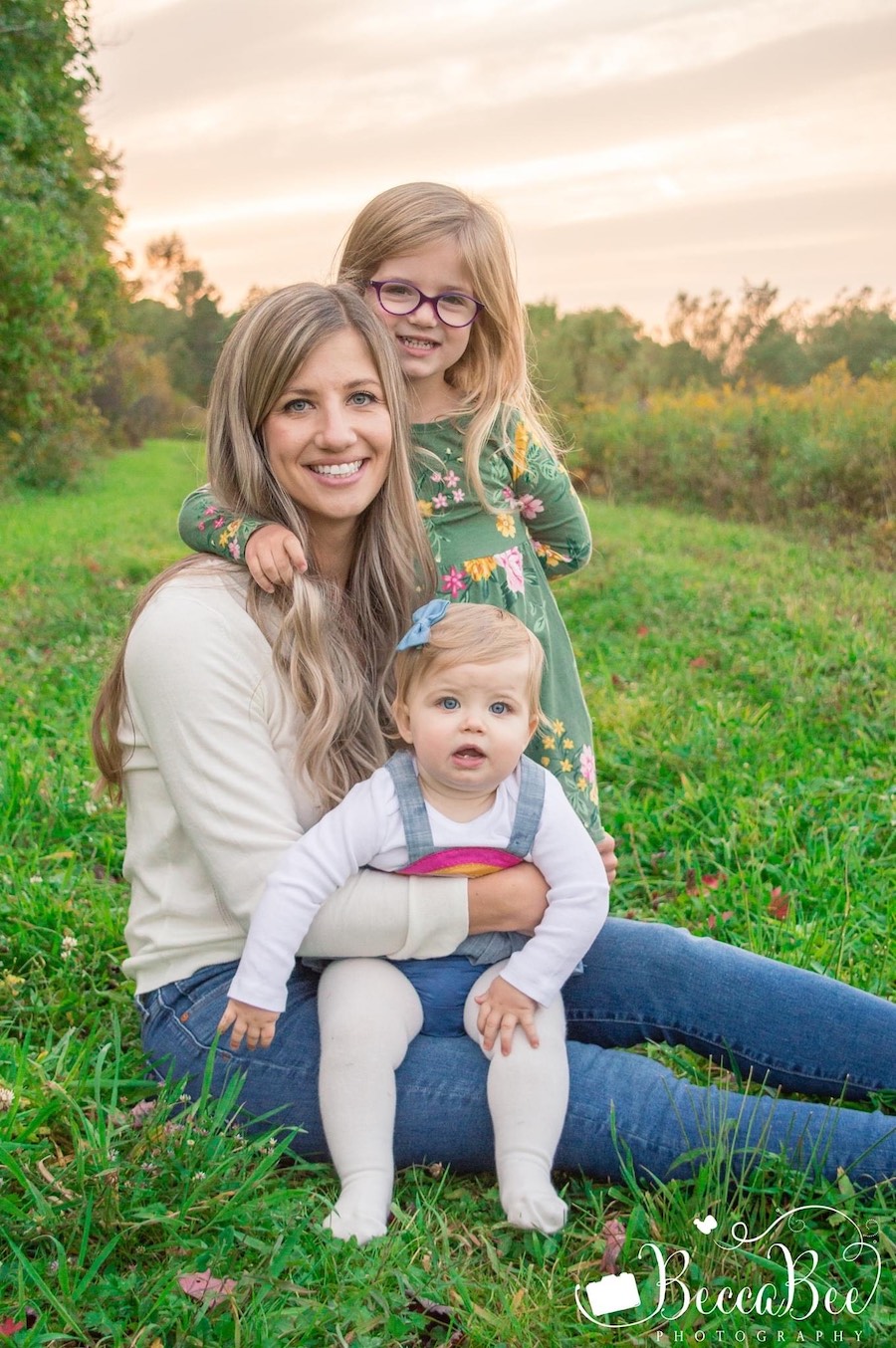 Meanwhile, Hue continued fertility treatments and maintained an incredibly positive and upbeat outlook. I knew she had to be suffering, and yet she continued to be the most loving “aunt” to my 3-year-old, Fiona, and all the children in her circle of family and friends. While insisting I sit and relax when visiting her house, “Aunt Away” would be literally climbing trees with my child. Each time we got together, all I could think was, Hue is the most natural mother I’ve ever known. She deserves to have a baby. This is so unfair.

The First Time I Thought About Surrogacy

Lana was a year old the first time I brought up the idea of surrogacy to my husband. I told him that I had this crazy idea that maybe I should offer to be a surrogate for Hue after years of watching her go through what no woman should have to go through. He was incredulous but supportive. To be honest, he probably figured it was a fleeting thought that would pass. And I sort of waited for that to be the case.

However, weeks later, he checked in again, asking if I was still considering surrogacy. I was, but I wanted to be certain we were done having our own children, and I thought only time could prove that to me. After a few months and many conversations, my husband and I decided mutually that we would be the best parents we could be to two children, but three would stretch us too thin.

So I had come to the conclusion that I was done having my own children, but I felt a true, deep, perhaps totally insane nostalgia for the pregnancy experience. Wasn’t that exactly where I needed to be to pursue surrogacy? The one thought that kept tripping me up was: How could I be totally certain I was capable—emotionally, mentally, physically—of carrying a baby for someone else?

The one thought that kept tripping me up was: How could I be totally certain I was capable—emotionally, mentally, physically—of carrying a baby for someone else?

I brought up my intentions with another friend who had experienced infertility. She was floored and deeply appreciative of my thought process. She encouraged me to do my research and gave me some insight on the IVF process. I found Facebook groups and podcasts dedicated to surrogacy and tried to imagine this unimaginable experience. When it came down to it, I realized I couldn’t shake this feeling and that me coming back to the idea over and over again meant I needed to pursue it. Sure, there was plenty I didn’t know and I could never predict what emotions I would experience in addition to the physical toll. But wouldn’t it be worth it? I decided it would be. 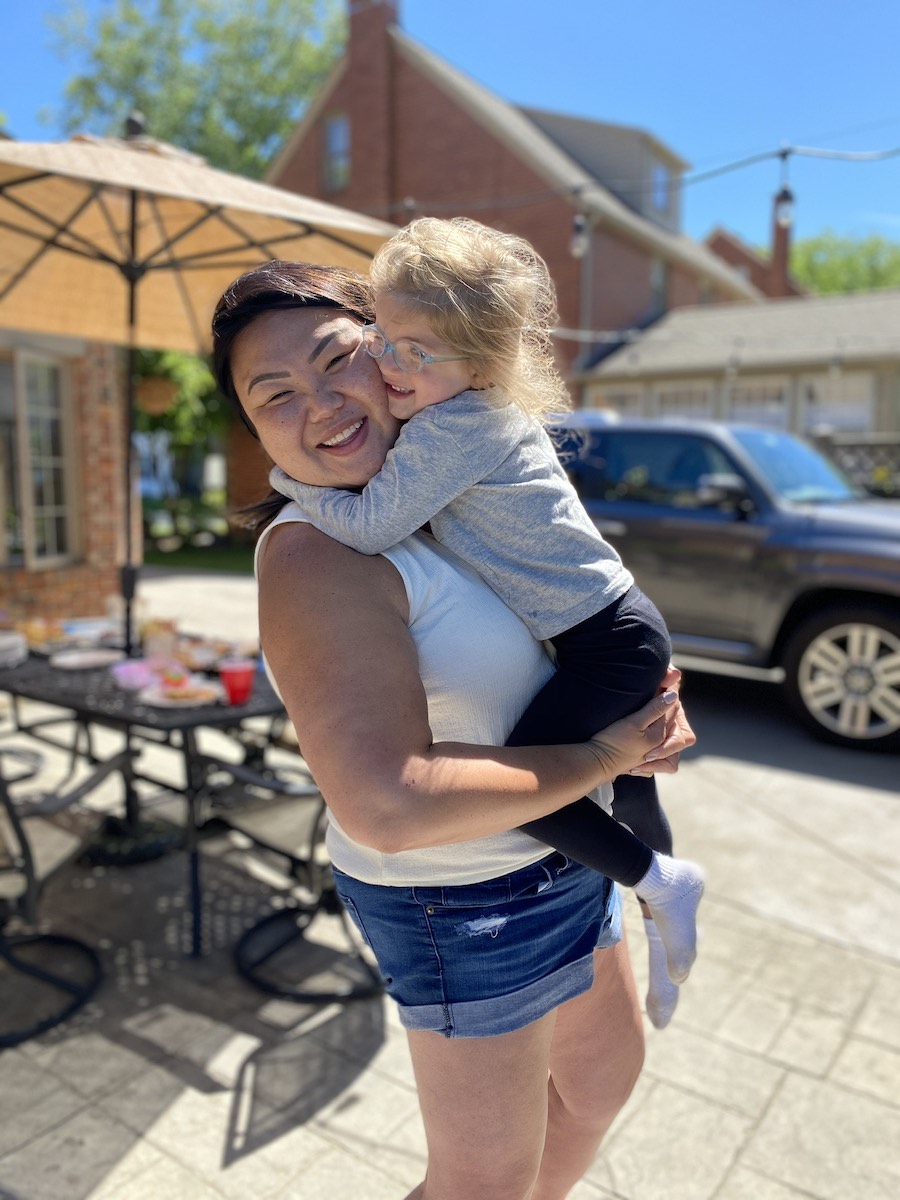 Offering Surrogacy for My Friend

Even though I had practiced saying the words out loud while I was getting ready for lunch, as one does, I was actively shaking when it came time to say them to Hue. I said to her, “I don’t want to be presumptuous and I’m not entirely sure where you are in the process right now, but if it’s something you would consider, I want to offer to be a surrogate for you.”

Hue immediately covered her face, crying, which of course brought on my own tears. In that moment, I remember thinking, why did I suggest a public restaurant for this conversation? Now we are both crying over our guacamole and people must think we are insane.

When she was able to speak, Hue told me that she was overwhelmed by the offer and had no idea I had been considering it. It was immediately obvious that the option of having a friend as a surrogate instead of going through an agency would be a huge relief to her. Over the course of that lunch, we cried, laughed, and shared a vision of finally putting a baby in Hue’s arms.

I could hardly believe that what had started as a hypothetical idea a year earlier was becoming a real possibility. We went home to discuss what this would look like with our husbands and made plans to meet with all four of us to talk through what this would really mean for us. We exchanged daily texts that all tended toward the same theme: Are we really doing this? And how do we do this?

Committing to an Altruistic Surrogacy Arrangement

Now, I need to add a bit of a spoiler alert here: There was so much I didn’t know at this point. The next four months were a huge learning experience for all of us, and I dare say we will continue learning through the next year of this experience.

Hue and I have made it through the initial process of committing to an altruistic surrogacy arrangement. We have learned so much about our friendship and about the surrogacy process. And we are feeling so hopeful that at the end of this crazy, emotional, uplifting, and unpredictable road, we will welcome a beautiful baby into Hue’s family who will be a part of my family, my heart, forever. So, with Hue’s support, I’d like to ask you to join us on this journey. 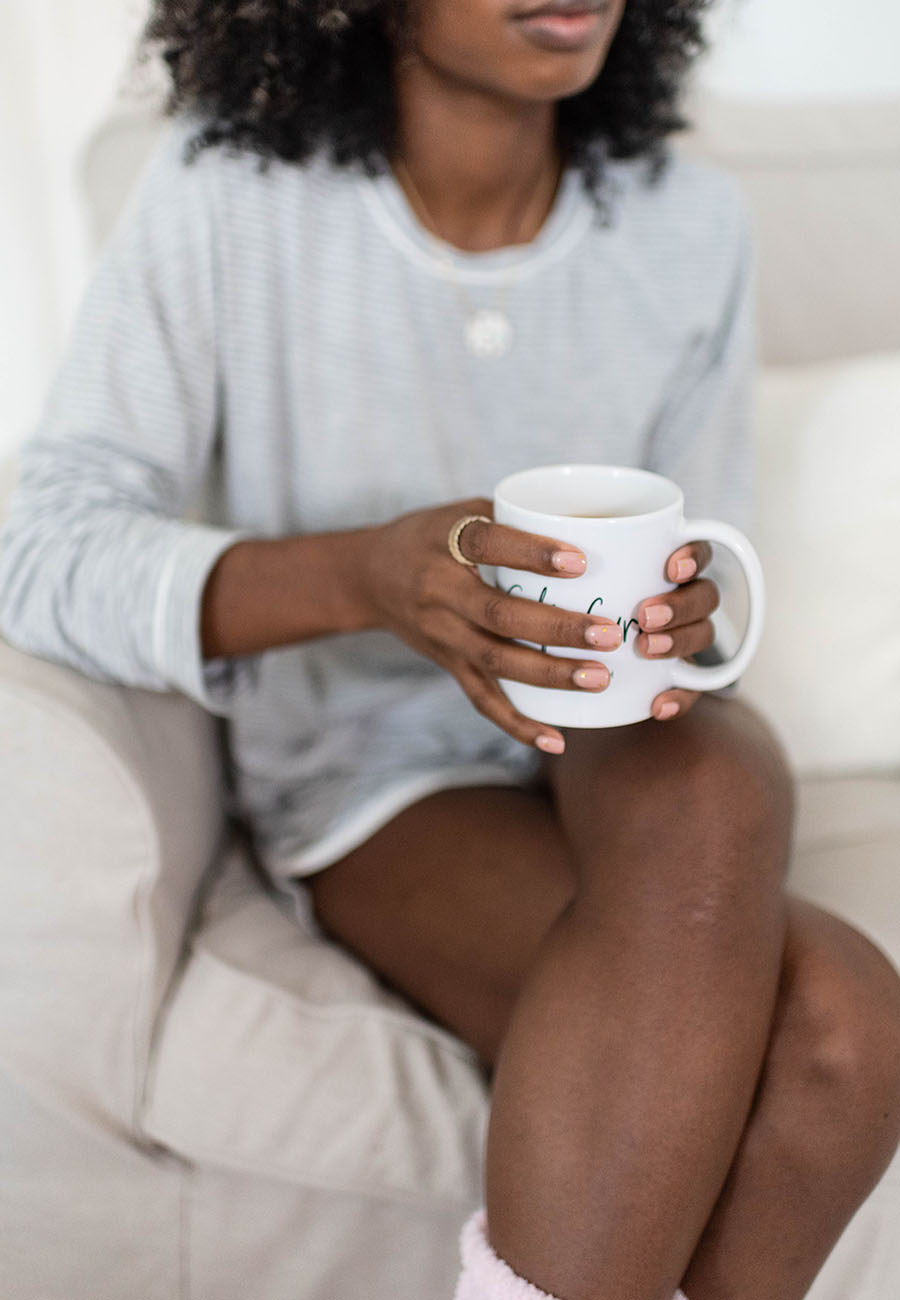