Though I’m well into my 30s, I still feel like a teenager talking about sex sometimes. Even writing this, I have a knee-jerk response of, “I hope my mom doesn’t see this article.” Which is odd because I have been so comfortable telling everyone (including my mother) that my husband and I are trying to conceive, which is ultimately saying, “We’re having a lot of sex” or “We had sex that resulted in something more than just an orgasm!” It seems I am more comfortable talking about the product of sex rather than the act itself, which might have been why it took me so long to figure out the whole enjoying-sex-while-conceiving. Once I finally got comfortable talking about it with my husband, it changed everything.

To give you context on who I was before trying to conceive: I was the person claiming there was conflict in our relationship if we had sex less than three times a week. I enjoyed sex a lot and also felt like physical intimacy was the primary way my husband and I communicated how we were feeling.

Then, we began trying to conceive. For fast results, my type-A side took over. The doctor recommended every other day through my fertile period, so when those days would come, I would wake up in the morning and let my husband know, “Today’s the day.” It felt like an item to check off a list and something I enjoyed suddenly became a chore, just as mundane as vacuuming. I tried my best to keep it from him, though, because I figured the sex had to happen, so why put both of us in a funky mood?

It felt like something to check off a list all of a sudden, and now this thing I had enjoyed became a chore, just as mundane as vacuuming. 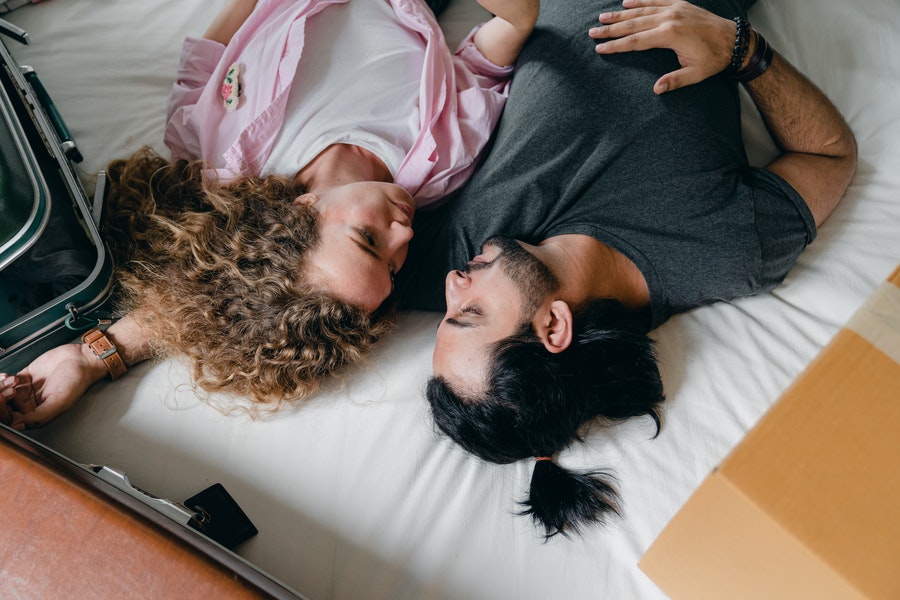 But that didn’t seem to work, so about five months in I decided: let’s just do it every day. More often equals higher odds, right? Wrong, and to anyone who is currently on the journey, I can tell you from personal experience that more often does not equal a baby. By now, I was getting tired and dreading my fertile period. Me, who at the tender and unknowing age of 25 said, “I think I’m the kind of person who will never get sick of sex.” I kept trying to reconcile that version of me with who I had become: a person who wanted to fake a headache whenever I could. I never did, and my irritation grew because I was resenting that I had to say yes or it meant no baby. I both hated if my husband said he was tired and also the whole process that it was taking to have a baby.

It was about this time that I took a three-week road trip and learned what it meant to actually take me-time. Right when I got back, I got pregnant. I had stopped paying attention to my cycle and all of a sudden it happened. Just like in a movie. Except unlike the movie version, we lost the baby at 8 weeks—which is its own story. By the time my body was physically ready for pregnancy again, it had been 11 months since we started trying. I was starting to wonder if it was just time to throw in the towel. I was dreading going back to that crazy routine of conceiving. The only way I could pump myself up about sex was that I had heard so many times that once your body knows how to get pregnant, it’s easier to get pregnant again. Except that did not turn out to be true for me.

As the months crawled on and the initial fertility testing concluded that we fell under the unexplained infertility group, I finally had to have a heart-to-heart with my husband. I haltingly admitted that I was exhausted and I wasn’t sure who I was anymore. My sexual identity has been a large part of who I was for so long that it was difficult to say out loud that things had changed for me.

My sexual identity has been a large part of who I am for so long that it was difficult to say out loud that things had changed for me.

I was shocked my husband was on the same page. Turns out he was exhausted too, felt guilty saying no, and thought the planning had removed the joy. Which initially made me mad. There has to be some kind of schedule with fertility; it’s just how bodies work. Once I moved past that initial frustration, though, I had to acknowledge the real toll this intense sex calendar was having on both of us. So, we sat down and created some rules around sex, and it’s working wonders. 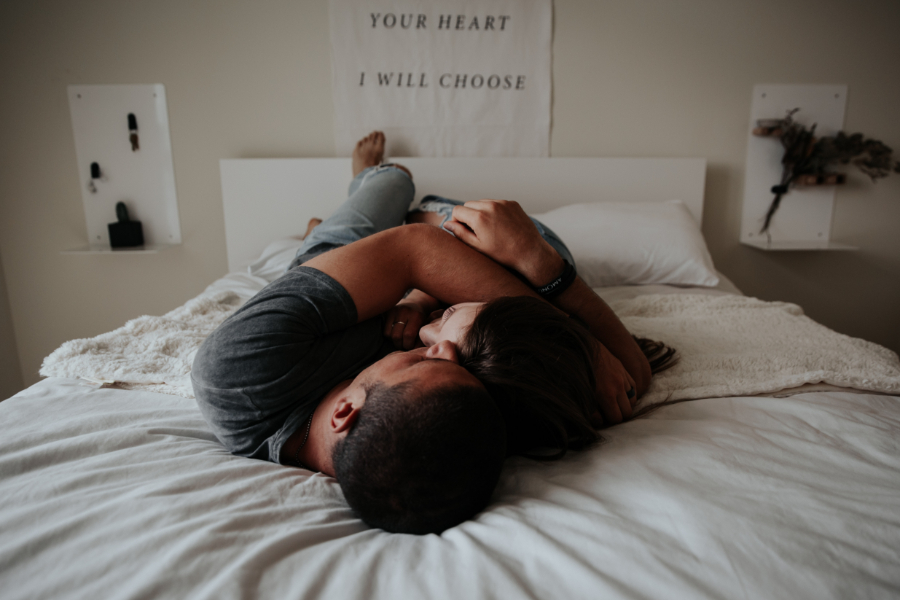 Now (two years later and counting), we’re in a place of still scheduling sex, but some rules have made it an actually fun experience again. We have to say if we need a minute to get in the mood which means we spend at least 10 minutes kissing like teenagers. It resets our brain and reengages us in the intimacy and connection part of conceiving rather than the box-checking part. We also have to communicate if we get distracted and try to be present instead of focusing on the end goal. The most important rule, though, is we have to say if we are not feeling up for it. We may still “have” to do it, but at least we voice that and then we both work together to help shift the mood/tone. It feels so much better than just trying to hide how we’re actually feeling. We’re working together instead of feeling isolated on our islands of exhaustion.

The most important rule, though, is we have to say if we are not feeling up for it. We may still ‘have’ to do it, but at least we voice that and then we both work together to help shift the mood/tone.

That is all to say, it’s not a perfect science. There are still times that I might be thinking about my work to-do list until I realize what I’m doing. But agreeing to be more communicative has taken the burden off of me individually and made it a teamwork exercise. If he is not in the mood, I get to help him out too. Slowly but surely, sex has returned to a nice-to-have alongside a need-to-have again. And I can confidently reclaim the title of a woman who honestly enjoys sex.