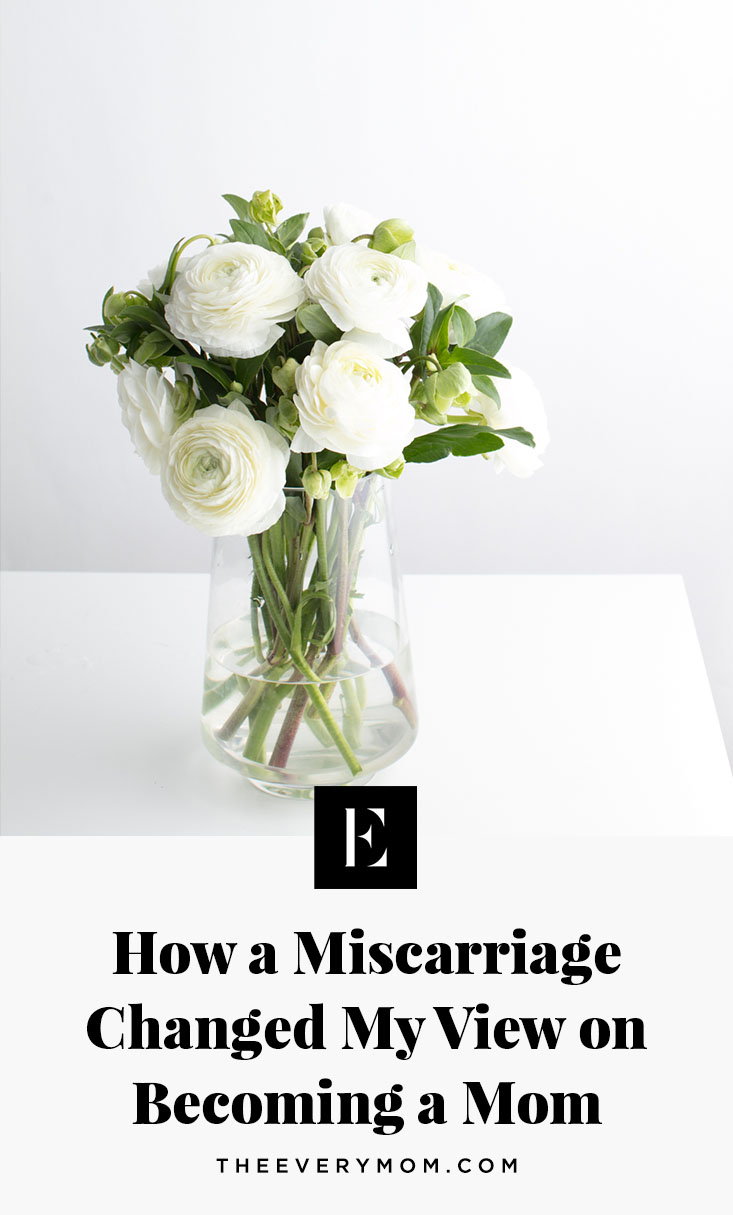 Ever since I was a little girl, I was obsessed with babies. Even at 13 months old, my freshly born cousin was so cute and doll-like; they were my perfect prop for acting out all of my imagined stories.

When my husband and I initially discussed having kids, I was hyper-focused on carrying a baby. It felt important to me to feel the physical changes and have the months of pregnancy to wrap my brain around becoming a mom. I wanted to feel the glow from that miracle of life growing inside of me.

I was hyper-focused on carrying a baby. It felt important to me to feel the physical changes and have the months of pregnancy to wrap my brain around becoming a mom.

Then, my husband and I started trying to conceive. It took us seven months to get pregnant. In the months leading up to the positive pregnancy test, my tears would flow non-stop each time I got my period. My husband would gently remind me it was just another month, we’d said we wanted a family no matter how it happened, and we could choose foster care, adoption, and fertility treatments. It is hard to admit this openly, but I was constantly thinking, “Yeah, that’s well and good for others, but I want to be pregnant.”

So the morning I took a pregnancy test, I couldn’t contain my excitement. I called my mother immediately and then my in-laws. Everyone was thrilled. We were the youngest in each of our respective families and the feeling of “Finally!” was palpable. And, naively, I thought: the hard part is over.

At our first doctor’s appointment, though, the ultrasound tech quieted down very quickly. The gestational sac was visible but without the pulsing beat of a developing heart. Within moments, we went from being thrilled and looking forward to the rest of our lives, to dreading the next week when we would come back to confirm what I already suspected: the baby was gone.

Within moments, we went from being thrilled and looking forward to the rest of our lives, to dreading the next week when we would come back to confirm what I already suspected: the baby was gone.

After we got clearance to start trying again, I was incredibly hesitant. I didn’t know if I could ride that emotional roller coaster a second time. But I so badly wanted pregnancy to be my story. I was struggling with giving up on carrying a child in my womb. It felt selfish to be so tied to it, but I finally admitted it was what I wanted. So, we started the process again. 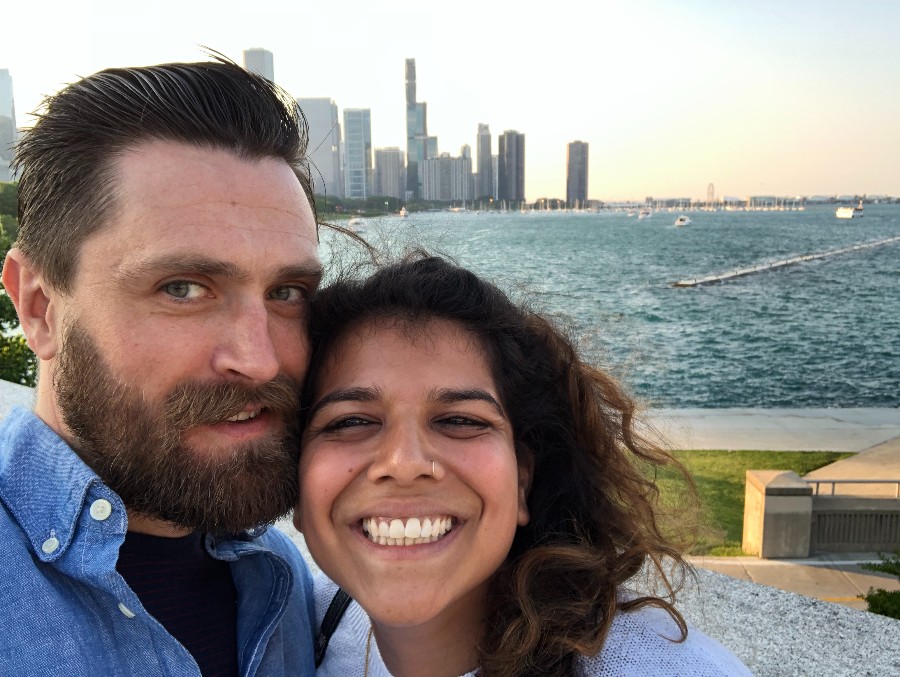 Months passed, we weren’t pregnant, and my anxiety was at an all-time high. I was obsessively planning our sex life, and to be honest, it became a chore neither of us felt good about.

That’s when my husband brought up buying an apartment. I was perplexed. It felt way too fast. We had just gotten jobs that year that gave us health insurance and stability. Our lease wasn’t up for months. Everything was already stressful, and he wanted to throw mortgage payments into the mix? He gently reminded me we would want a second bedroom and a better washer and dryer situation if we were going to have a baby. The nightmare of four flights of stairs up and down to do one load of laundry was one other thing stressing me out. We needed to expand our home to make room for the possibility of expanding our family.

So, we started the search for a condo. We figured it would take us a couple of months and by the time we got through it all, it would be time for our lease to be up. But we quickly found a place we fell in love with, put in an offer, and got accepted all within three weeks.

Our apartment before the condo was a one-bedroom. When I was pregnant, a constant looming thought was: where would we put the baby? With the new condo, though, we would have a whole bedroom for a child. Since I was no longer pregnant, though, there wasn’t a specific child in mind. My husband brought up fostering again, tentatively. This time, having gone through a recent grieving process, I felt more vulnerable but more open and capable.

My husband brought up fostering again, tentatively. This time, having gone through a recent grieving process, I felt more vulnerable but more open and capable.

Once we got our official closing date, I placed a call to the Department of Child and Family Services (DCFS). It turned out, the main qualification to begin the journey toward licensing was just to have a dedicated children’s bedroom, which we had just checked off the list. The reality started to sink in that we were now capable of expanding our family in many different ways. We had a rather large decision to make.

We sat down and weighed out the pros and cons of the fostering process. Of the many pros, I was most excited at the prospect of taking in kids who had gone through a lot. My childhood was fraught with trauma. The prospect of raising kids who have experienced similar trauma and being able to support them was so incredible for me. I could help them in ways the younger me had longed for. 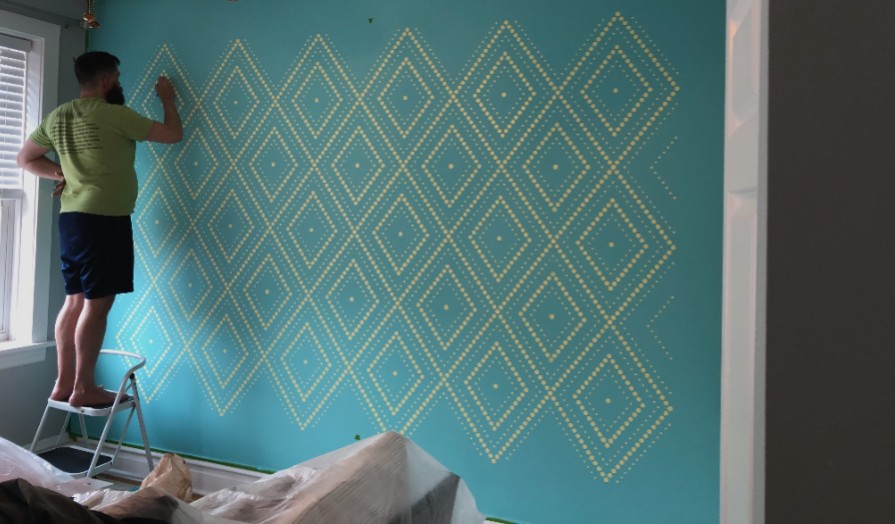 The major con in fostering was the chance that we could bond with a child and then learn they are going back to their parents. After losing a baby to miscarriage, I was very hesitant to set myself up for the possibility that we might “lose” another child.

Two things brought me a lot of hope, though: 1. the children we “lost” could still be a part of our family in a different way, and 2. I had learned to shift my expectations and had some experience navigating the grief that comes with a similar loss. I was in a better position than many others who might approach fostering. Our marriage had also deepened significantly in the months that followed the miscarriage, leaving me confident that we would be united for anything to come.

The prospect of raising kids who have experienced similar trauma and being able to support them was so incredible for me. I could help them in ways the younger me had longed for.

So, we started the application process for fostering and are now on the verge of being licensed. Because of COVID-19, so many things slowed down this year, but it makes me feel even more renewed in our commitment to expanding our family. There are so many kids out there who need support and love, and that’s something we have in droves.

For a long time, I was worried the miscarriage had exposed my frailty; I felt unqualified and marked as unworthy of this journey that I was so desperate to be on. Fostering felt like too far a reach; like the universe had already told me I was unqualified to be a mother. I had a lot of dark days: not being able to shower; blinking and realizing an entire day went by with nothing accomplished. For an overachiever like me, this was devastating. I thought that along with losing the baby, I lost myself and would never find my way back.

But with that first conversation about moving to a bigger place, it felt like I could visualize the possibilities more clearly. I love kids. I worked as a teacher for a large part of my career, and I was a nanny for over a decade. Each and every one of those kids is still a part of me. Just because my husband and my journey to expand our family was going to look different than I expected, it didn’t mean it was going to be any less special.

This doesn’t mean that we’ve given up on conceiving. We are in the midst of fertility testing as well as the foster licensing process. Our family is going to grow, whether or not it grows in my uterus. Through my miscarriage, I learned that I was strong enough to weather the hard times. Even though I got lost for a time, I also found my way. And isn’t that a big part of motherhood?

Read More: “I Was Meant to Be a Foster Parent”– One Mom Shares Her Story