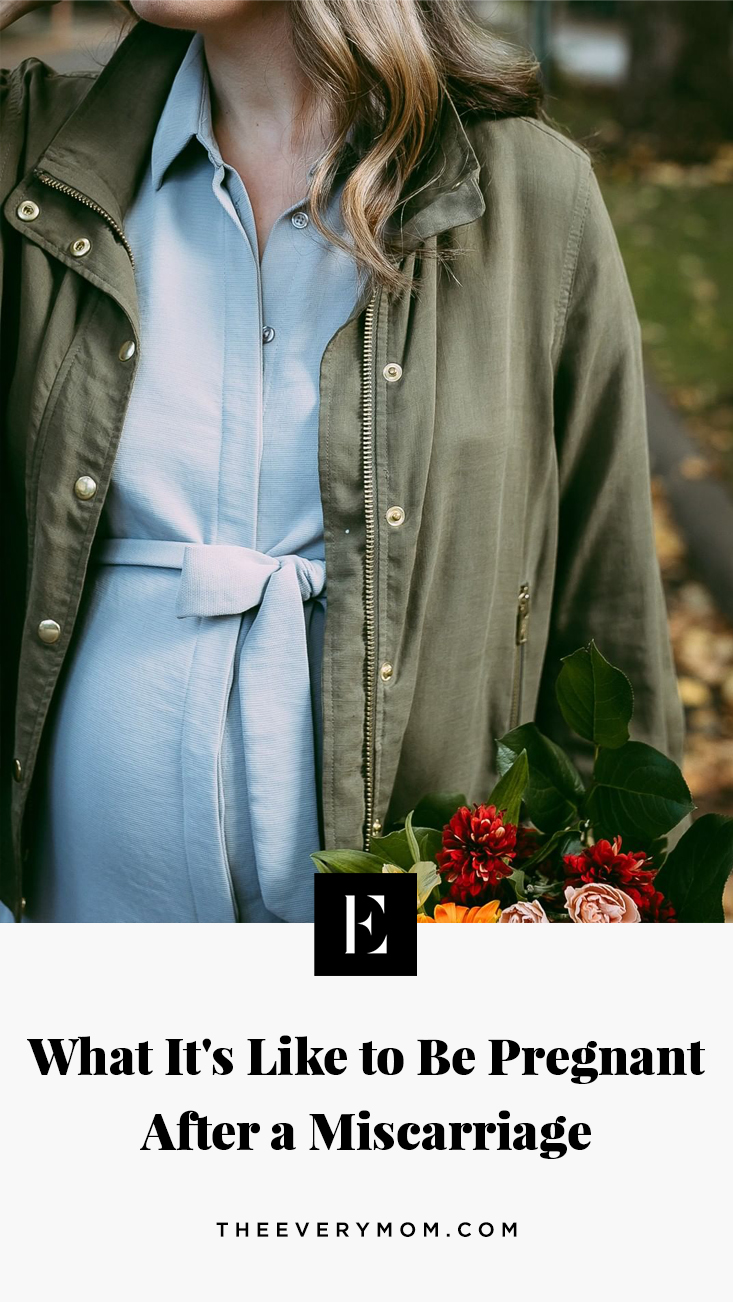 We recently shared this big part of our lives with everyone, which has of course been fun and exciting, but it also has me feeling a sense of responsibility to share something that has been left unsaid about our life.

Sometimes it’s difficult to decide if something should be shared – whether or not it’s appropriate or the right time or too personal. These are all things I’ve considered. But if left unsaid, it would make me feel like we are cheating our own truth. So, here it goes.

Am I excited? Of course.

Am I terrified, nervous, and a bit of a wreck? Daily.

But not just because someone is going to hand us an infant in five months, and I often wake up at 2am wondering if I’ll be a good enough mom to raise a decent human being.

The thing is, despite our hearts feeling full of love and anticipation, we wanted this in February of 2016 as well.

But instead, we went in for our first check-up and had a doctor stand silently across from us while staring at the ultrasound screen. He didn’t say a word for what seemed like an eternity. And so we sat with the screen turned away from us. And the longer the silence, the harder my heart began to pound in my chest, not wanting to ask, but knowing that something was wrong. We were told “It doesn’t look good” and asked to wait another week and a half because it was so early, and he wanted to be sure that the ultrasound was “reading correctly.”

Ten days later. Ten days that felt like I could have fit a lifetime inside of them. That’s what waiting for this kind of news can feel like.

But then it was confirmed. We had an anembryonic gestation. And no matter how hard we had hoped for or wanted that baby, no matter how many times we had pictured who it would look like or become, it wasn’t going to happen.

And nothing could change that.

And so now it was time to choose:
a. Go to a hospital and have a D&C
b. Go home and take a medication that would induce a miscarriage over the course of many hours 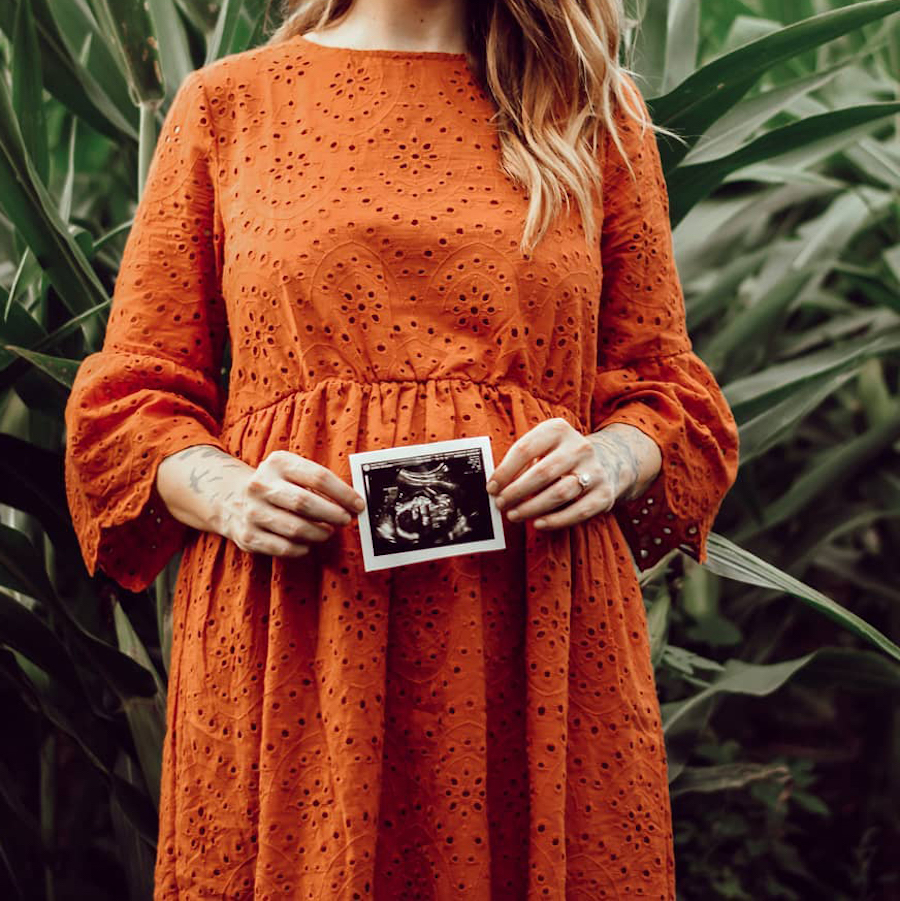 Our doctor at the time had an extra special kind of bedside. He quickly and matter-of-factly explained that these were my two choices, presented to us as the simple decision of calling out heads or tails. Forget the pain, the hours of crying or any medical risks you may be concerned about. Forget the look on your partner’s face when trying as he might, he is helpless to save you from any of this. It is merely a medical necessity now. So, just choose.

I took the pill. And for the record, it didn’t work. I had to take it a second time, returning for more ultrasounds (to make sure everything was “out”) and more blood tests (to check my HCG levels), all while staring down birth announcement photos plastered to the wall and pregnant women attending their routine check-ups.

It is the strangest of things to feel betrayal by your own body, an anger at something you physically cannot escape. The result of the following weeks took me to a place in my life that many people have been through for one reason or another. My anxiety grew to heights I couldn’t quite comprehend, manifesting not just emotionally but physically as well.

It took months to return to what I’d refer to as my “normal” self. Months of asking why, months of losing it in the baby section of a store, while buying yet another baby shower gift for a friend or family member. And months of blaming myself and wondering what was wrong with me while strolling through the dark parts of my mind that allow one to believe they deserve such things for one reason or another.

So, despite being told that we have a “healthy” baby on the way, I wake up most days and have to remind myself that we are OK. No matter what happens we are going to be OK. And most of the time that works. But it’s hard. Like, really, really hard. Because you are robbed of an ignorant bliss when you suffer a loss. The face value of a situation is no more, and suddenly, you are weighed down with a complex vulnerability that asks, “what if” at every single possibility and scenario your mind can imagine.

In her book, It’s Okay to Laugh: (Crying is Cool Too), author Nora McInery
Purmort wrote, “When you open your mouth and tell people about that hole that was punched through the center of your heart, you’ll be surprised (I promise you) at who comes to fill it and how many women raise their hands and say, ‘Me too.'” This sentence struck a chord with me. It was not only what I needed to hear but what I needed to believe. I needed to know that there were other women in the world (other people for that matter) who were feeling what I felt, and despite not knowing them personally, we were a community. 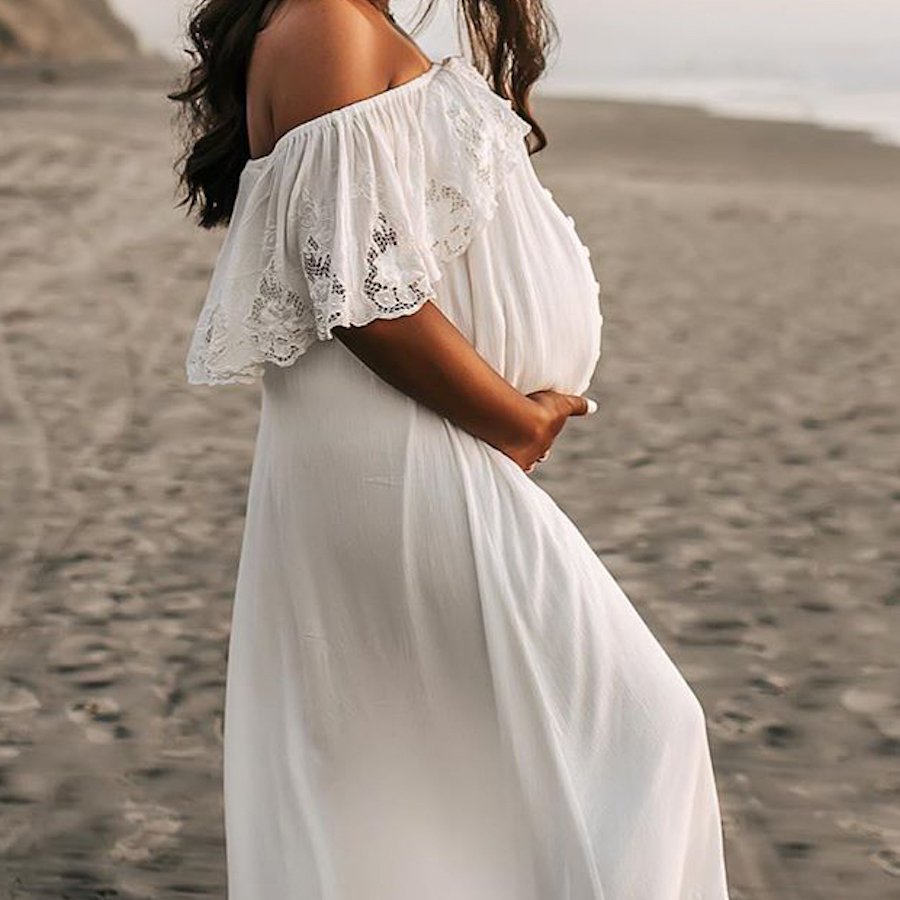 But why did it take so long for me to get here? Why is it that stories like these are often shrouded in vulnerability, uncertainty, and shame? Maybe it’s a survival mechanism, a protection of oneself through secrecy? Or maybe we are protecting those around us from having to feel bad too? It’s probably a little bit of both. But speaking from personal experience, if you’re looking for the antidote to that desolation, maybe just say f*ck it and start sharing.

It’s easy to press play on the shiny, happy parts of our lives, but the hard parts have a lot of meaning too. I’ve felt despair and guilt for wanting so desperately what someone else was getting instead of me (feelings can be ugly). I’ve crumpled on the floor with the “It’s not fair” of the world heavy on my heart.

So, if someone saw our pregnancy announcement, and it tore right through your gut, I want you to know that that’s OK. I’ve been there too, and I’m sorry I didn’t tell you this sooner. I’m still learning how to do it. And I’m still scared of the “what if” that this baby holds, all the while being incredibly excited by the “what if” that this baby holds. It’s complicated.

Just know that I am here, raising my hand, to say, “Me too.”

@theeverymom / #sharetheeverymom
For the record, we rate our kids 10/10…most of t

Hey, we'll take what we can get! First day of summ

Raise your hand if you're feeling overwhelmed 🙋