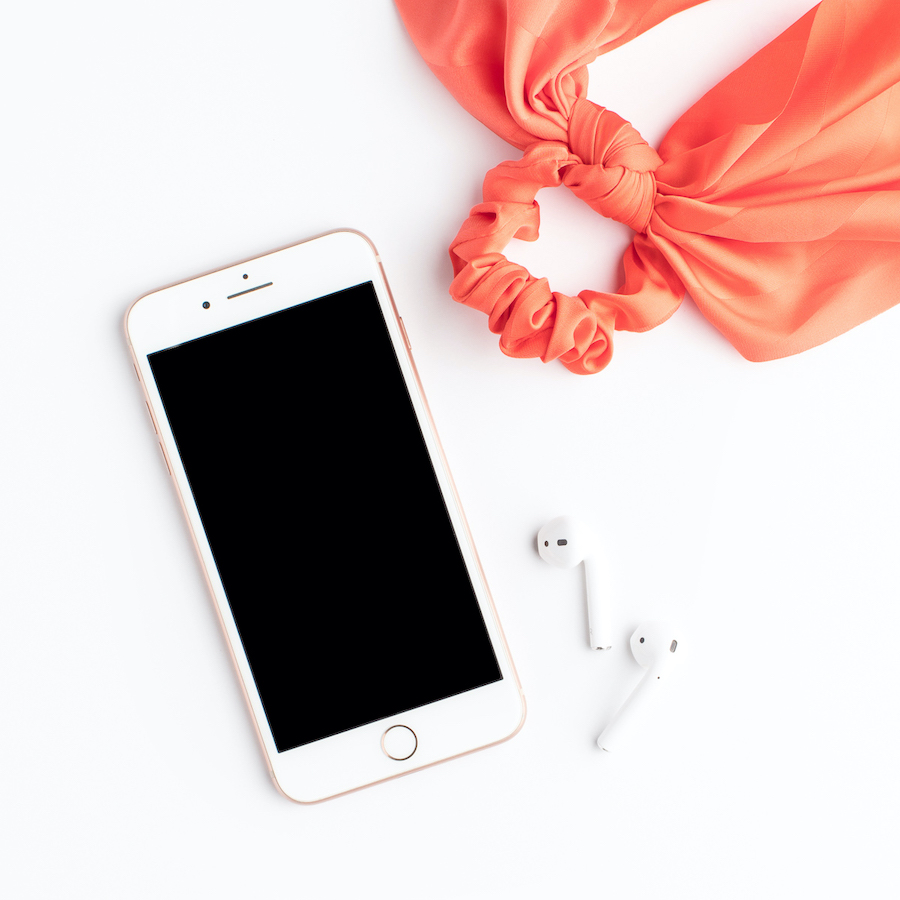 When Juliet M., a mom in Illinois, made the decision to buy her child a cellphone, the device itself served as a balm for anxious thoughts. “They were so scared during active shooter drills at school that they were having severe anxiety,” Juliet said of her 9-year-old. “They thought they were going to die at school without being able to say goodbye.”

Stunned? Initially, I was too. But the more I reached out to parents across the United States to talk about kids and cellphone use, the more I heard the same heartbreaking refrain: “In case of a school shooting.” If kids didn’t view their phones as a security blanket then it was their parents who saw their lifesaving potential. “I want him to be able to call me for help,” said Nina M. in Ohio, a mom who instructed her son to shirk school rules and always keep his phone on him. In a time when school shootings needle away at parents’ brains, who can blame any of us for ensuring kids are constantly equipped for contacting?

If moms weren’t voicing their concerns to me over school safety, it was another plight of the modern parent that pushed them toward a personal phone for their children: losing the landline. “My 10-year-old is home for 30 minutes on her own before I can get back from work,” said Alyssa G. in California. “We never connected our house phone when we moved in. So, what if she had an emergency and had no way to call for help?” 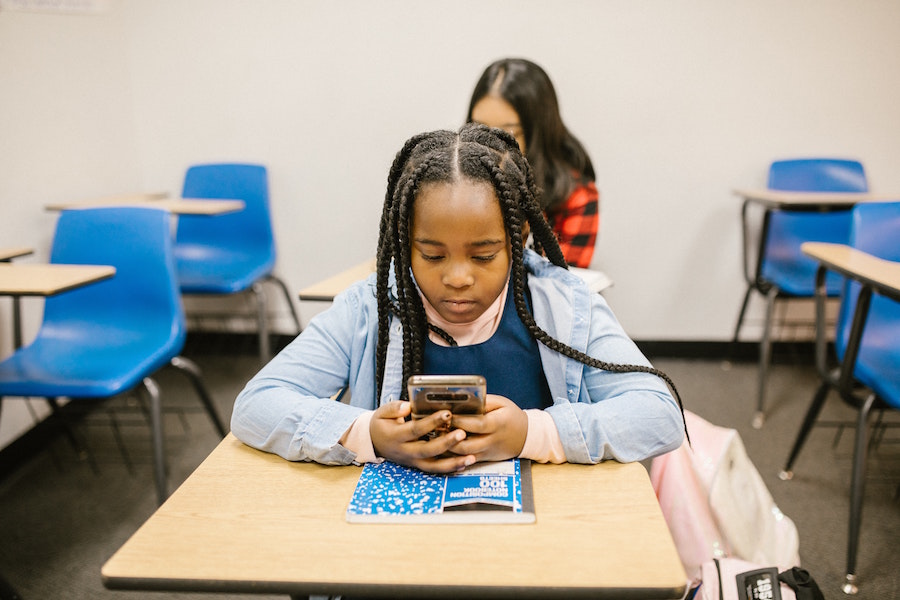 No matter the reason for springing for a cellphone, the fact is clear: the complexities of our lives necessitate our children’s cellphone use sooner or later. But when are kids ready for their own phones? Dr. Mirjam Quinn, a clinical psychologist in Chicago, Illinois, told me, “From a neuropsychological perspective, age 25—or maybe never.”

Of course, Dr. Quinn was being facetious, but there is a real concern at the heart of her joke. “Having the self-control to put healthy limits on the amount of time we spend on our phones is really hard for people of any age,” she said. “It requires executive functioning skills such as impulse control, planning, and prioritization, that aren’t fully developed until we reach our mid-twenties.” Dr. Quinn recognized the disconnect parents face with this decision, noting that they understand a cellphone isn’t the “healthiest choice for a kid’s developing brain,” but that there is a practical need for connection with family and friends.

To Dr. Emily W. King, a clinical psychologist in Raleigh, North Carolina, it’s all about sussing out your child’s skills. Can they communicate well in-person? Do they have the impulse control to think before hitting “send” on text messages? When kids show a level of responsibility, granting them a cellphone with limited usage is something that can be done thoughtfully.

Having the Prep Conversations

Setting your child up with their own phone requires some careful planning and thoughtful conversations. Here’s a place to start:

Dr. King emphasized that kids should understand the permanence of text messages. Anything can be screen-shotted and saved forever, whether it’s a conversation or an image. She urged parents to advise their kids to “imagine what you are texting being said in front of an auditorium full of your classmates.” If that makes you squirm, you better not press “send.” 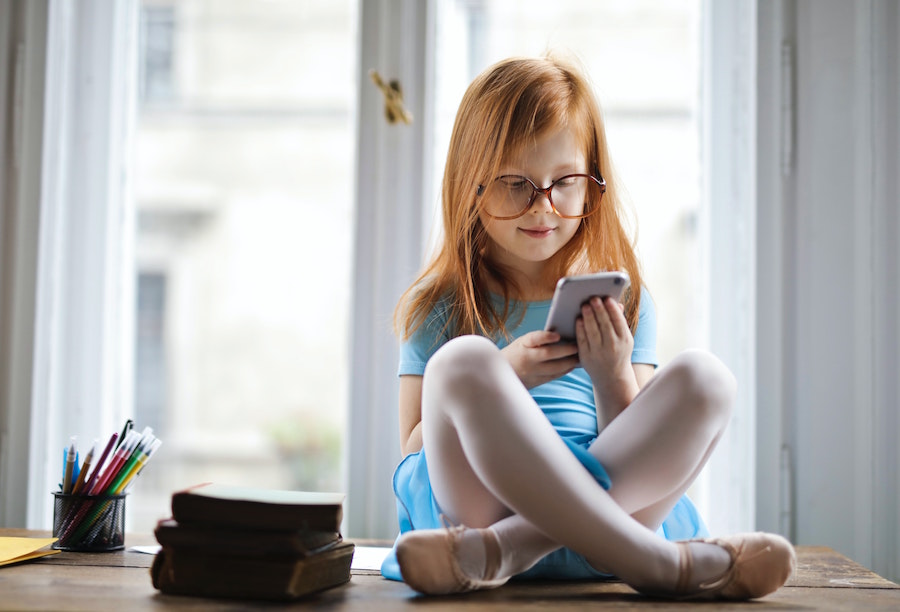 Before you hand over a cellphone, set clear guidelines around usage. Many parents I spoke to didn’t allow phones in their children’s bedrooms. Others had kids charge phones in their parents’ room overnight. And others still instituted a no-deleting policy when it came to text messages and emails. Dr. King recognized that a no-deleting rule can help ensure safety and can be respectful when used as training wheels to help kids find their bearings. If kids need to share something private with a pal, she said, they can do it in-person. But Dr. Quinn argued that this sets up a dynamic of distrust that will do more harm than good in the long run. The bottom line? There is no one-size-fits-all solution.

Reputations are at Stake

With the temptation of social media to overshare, kids should think seriously about the reputation they’re building, noted Dr. King. Consider all online activity permanent—and easily accessible to future employers.

When it comes to kids and cellphones, safety is a monumental concern. Many cellphone services allow parents to limit the calls children can make to a parent-approved group of people. Others allow for phone calls, but no Internet usage. Items like the Apple Watch or Verizon’s Gizmo Watch allow for greater parental controls. No matter your comfort level, there is likely a plan or device to fit your needs.

But it’s also worth recognizing that this red tape has a limited lifespan. Sooner or later, our kids must navigate the world of constant communication on their own. To do so safely requires some forethought. To Dr. Quinn, it all comes down to trust. Who are they trusting with their private words and photos? And are those people worthy of their trust? 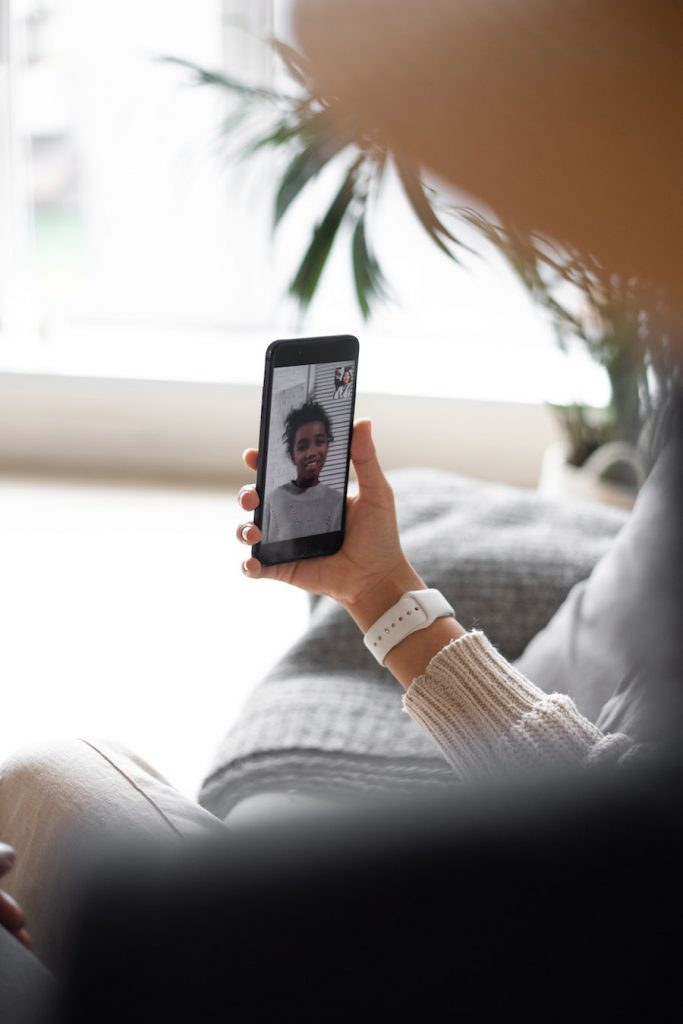 To determine said worthiness, Dr. Quinn encourages her own family to employ this mental trick—and while it may seem silly on the surface, it helps kids understand trustworthiness on a base level. She prompts children to consider who they would go to with their most embarrassing moments, like say, a bathroom incident at school. Who would they run to for help? If, in this exercise, kids can rest assured that their most shameful, intimate moments would be safe from the gossip mill, then they have placed their trust in someone worthy of it.

“Most of us have experienced some sort of embarrassing bathroom incident in our childhood. Rather than asking a kid to make decisions based on an abstract event that may happen in the future but that they’ve never experienced yet, (e.g., “If I send this naked picture to my boyfriend, will he pass it along to his friends?”), we’re now asking them to think back to something concrete that actually did happen to them. And that will help make the decision-making process more contextualized and meaningful for them,” Dr. Quinn said.

As much as we’d like to draw comparisons to our own childhoods as evidence that you can, indeed, survive without being constantly connected, the fact remains: our children are not growing up in the same world we did. They’re facing new pressures and hurdling new obstacles and it’s up to us, as parents, to teach them how to navigate—safely and with as little fallout as possible.

Read More: The Hard Conversations We Need to Have With Our Kids