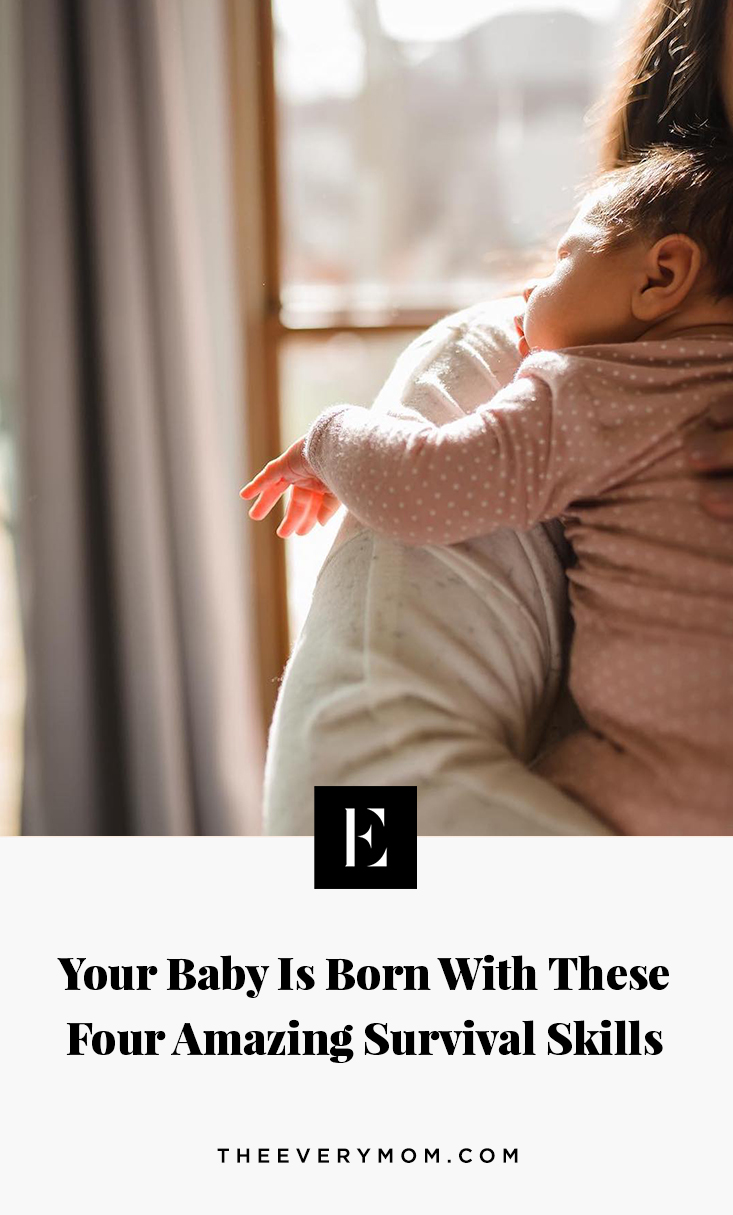 Remember that feeling of first meeting your baby? The joyful exhaustion and wonder as you cradled that tiny fragile being in your arms? Feather-light and wobbly, this new creature immediately depended on you to meet even her most basic needs. So, it’s a natural assumption to think your baby enters the world as a blank slate, having no skills nor understanding of anything at all. And yet, decades of research suggests your newborn baby might not be so helpless after all.

The inability to change a diaper notwithstanding, your newborn baby enters the world with an incredible trove of knowledge, much of which seems expertly designed to support bonding with mom and dad.

Here are just four of the skills your infant has mastered practically straight out of the womb.

In the late ‘90s, researchers Alison Gopnik, Andrew Meltzoff, and Patricia Kuhl published “The Scientist in the Crib” to share their findings on the knowledge newborn babies bring with them into the world. Their research — coupled with the research they reviewed from hundreds of additional case studies — offers a fascinating glimpse into baby’s rapidly developing mind.

One such study outfitted babies with special pacifiers that, when sucked continuously, activated an audio recording. One track contained audio of the infant’s mother, while the other played the voice of a stranger. Guess which track babies preferred? Mom’s, of course. The research team determined that babies were willing to suck longer to continue playing and listening to their mothers’ voices over the voices of strangers.

Similarly, the authors discuss a 1975 study of newborns that found babies could recognize their mothers by smell as early as six days old. Enlisting the services of nursing babies, scientists presented two sets of breast pads: one worn by mom between feedings, and the other worn by a stranger. Babies almost always turned toward the pads their mothers had worn.

We don’t need scientific evidence to state what anyone who has ever picked up a baby knows: They are intensely interested in human faces. And yet, the research multiplies. From this work, we also learn what this penchant for face-gazing accomplishes: Babies learn to distinguish faces from patterns and objects, and — just hours after being born — can pick out their mother’s faces from a line-up. How do researchers know? Teams study baby’s eye movements and equate the length of a gaze with recognition and preference.

TRENDING: Hands Down, These Are the Best Toys for Your Baby’s Development

All the sundry baby care activities aside, there isn’t much to do with a newborn. After all, they fall into an eat, sleep, poop, and repeat cycle from the get-go. So, what if we told you there is a way to engage that sweet and sleepy bundle in your arms — and that it can be as easy as sticking out your tongue?

Newborn babies have an innate ability to take stock of simple facial expressions and, some studies suggest, even imitate them — a startlingly profound skill for someone so new to the world.

Time to strike up a family band – your newborn baby can keep a beat. In 2009, a team of European researchers set out to determine whether babies are born with a sense of rhythm, or if it is something they learn through caregivers as they grow.

The team assembled a group of days-old babies. Freshly fed and fast asleep, these babies were gently tethered to electrodes that measured their brain waves in response to a series of drum beats. When researchers manipulated the rhythms to skip an occasional downbeat, babies noticed.

“Shortly after each “deviant” segment began, the babies’ brains produced an electrical response indicating that they had expected to hear the downbeat but had not. As such, we could show that newborn infants can detect the beat in music,” Dr. Henkjan Honing, co-author of the study, wrote in Psychology Today.

Why does this matter? This seemingly innate ability, some scientists posit, could prove useful to babies, helping them identify the unique rhythms of their mother’s voice and distinguish it from the voices of others.

READ: Real Moms Share What They Wish They Knew Before Baby 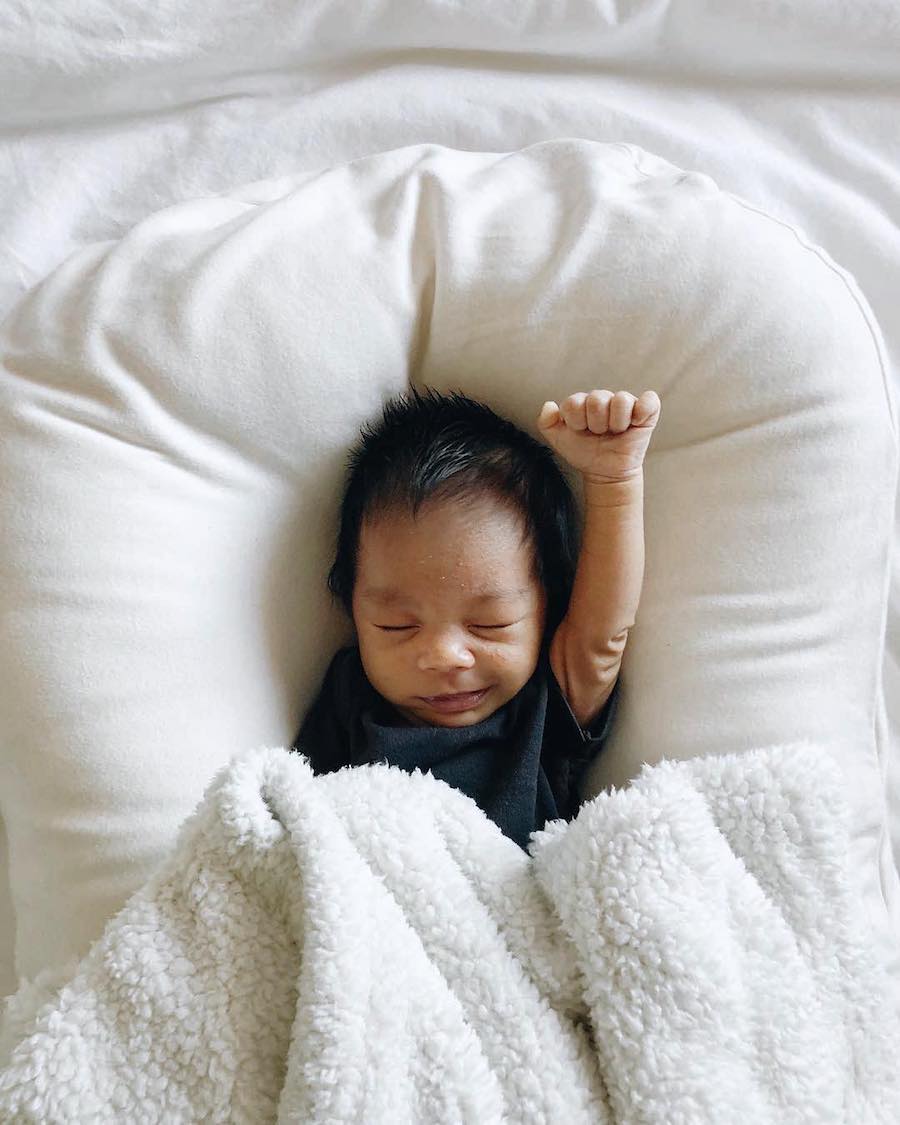 Babies are incredible, aren’t they? Behind those irresistibly pudgy cheeks, those buttery soft thighs, and those perfect little toes lies a magnificent brain. It’s developing on a rapid scale, hardwired to form deep, meaningful, and loving connections with mom and dad.

The research is all there. Over the last few decades, scientists have worked to uncover that, packed into their tiny single-digit frames, newborn babies have a quiet intelligence about them. And if our tiniest babies are capable of such sophisticated feats, where will their amazing brains take them at 6 months, 12 months, and beyond?

@theeverymom / #sharetheeverymom
We're not drooling, you are! One of our favorite f

This is *exactly* what I did today too!⁠ ⁠ Cre

By now, you may have heard of “hygge,” defined